Tips for when you should live in tundra and why…

Hello, in this guide I’ll show you when you can live in tundra, without having a lot of trouble.

Players usually avoid Tundra, because this region is rough to live in and if you find yourself capable, you can expect much of territory expansion.

I want to start with obvious, civilization best suitable for living in Tundra. And those are:

Of course Russia is a nice choice to live in tundra, and actually, in between tundra and green regions, as there isn’t going to be much of food, so you won’t be able to gain population fast which will result in that despite you have a lot of tiles in the city, you won’t be able to develop them(. So when founding a city, you have to make sure there is any good source of food in the city. 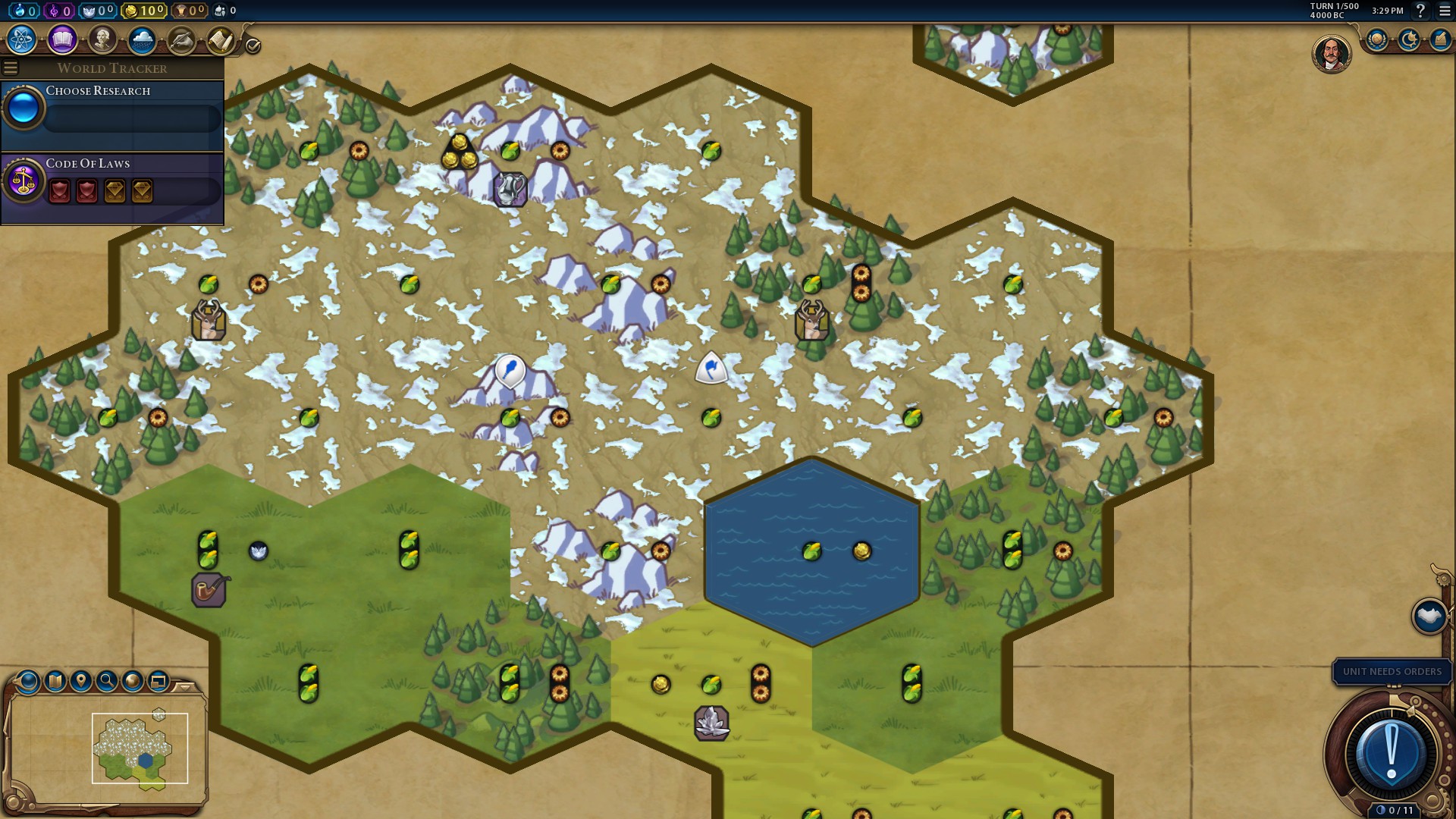 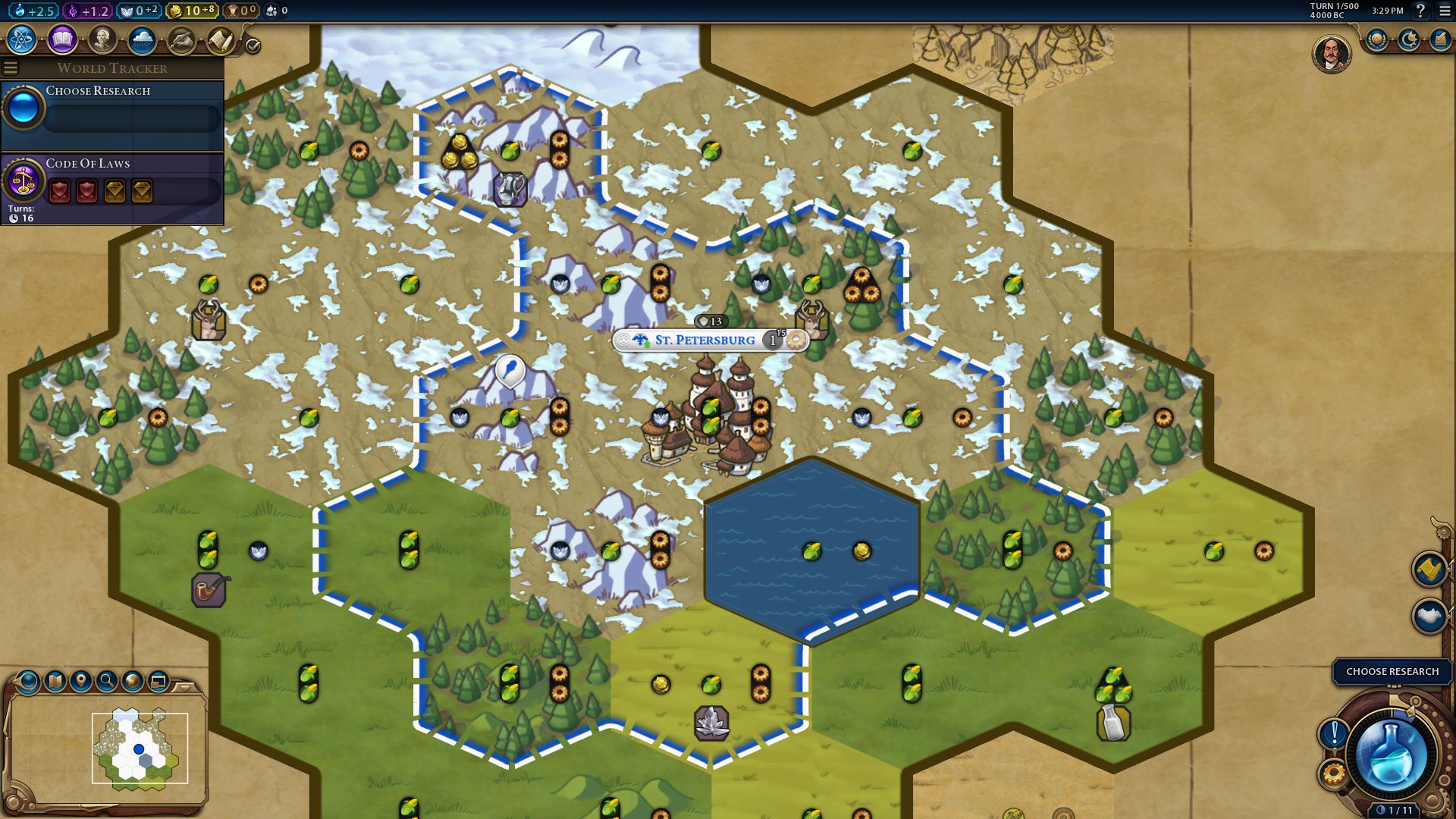 Russia gets more tiles when founding any city. So you won’t have any problems with covering resourses. Instead of normal 7 tiles they get additional 5!

Another thing about Russia is a huge amount of faith gaining on Tundra as well as production. That’s a really nice bonus for going Religous Victory, not even mentioning their special holy site district.

This civilization has the best bonuses for living in tundra, as their farms bring more food than it’s possible in any other region.


Here’s what we had: 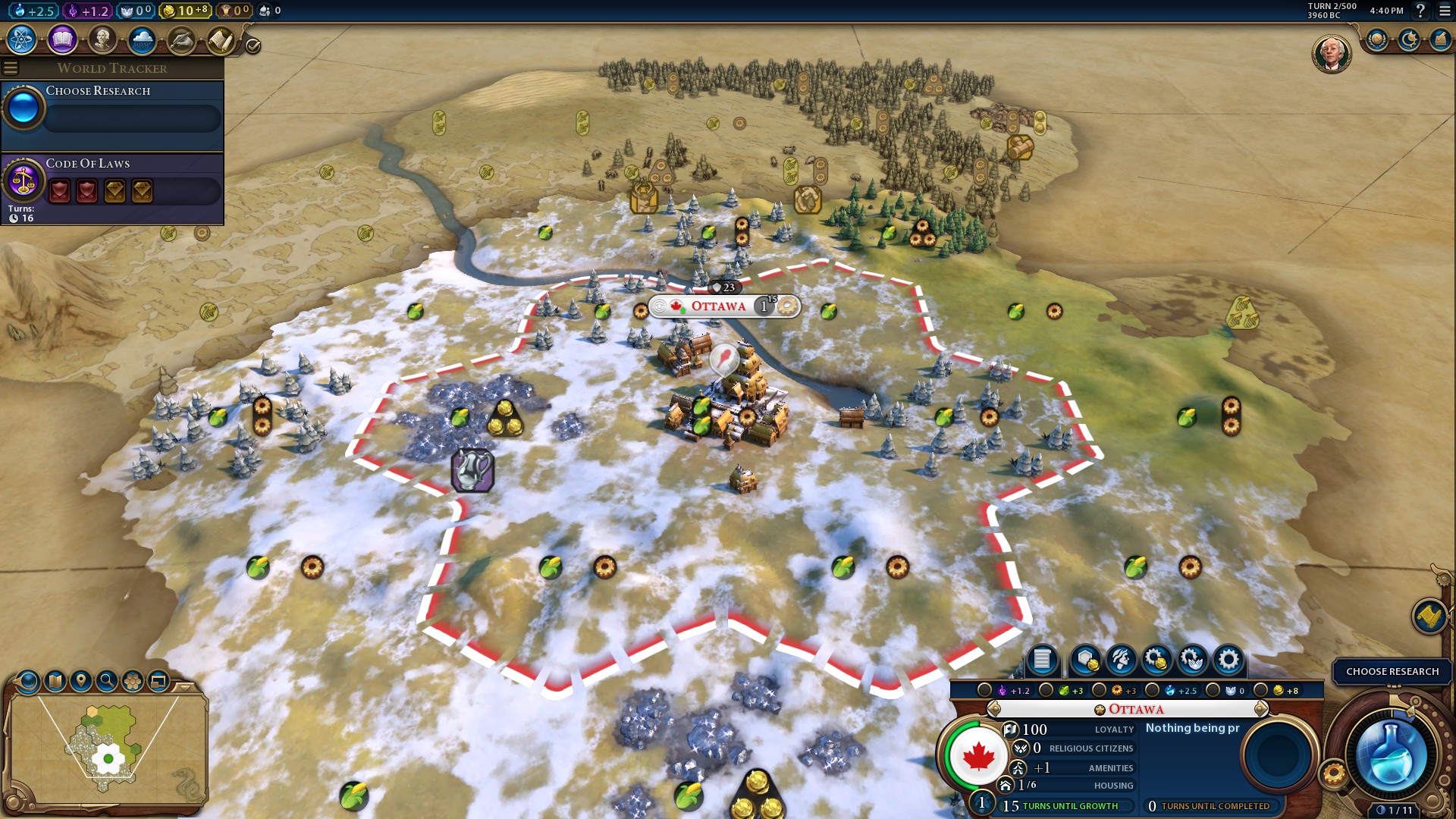 And here’s what we got: 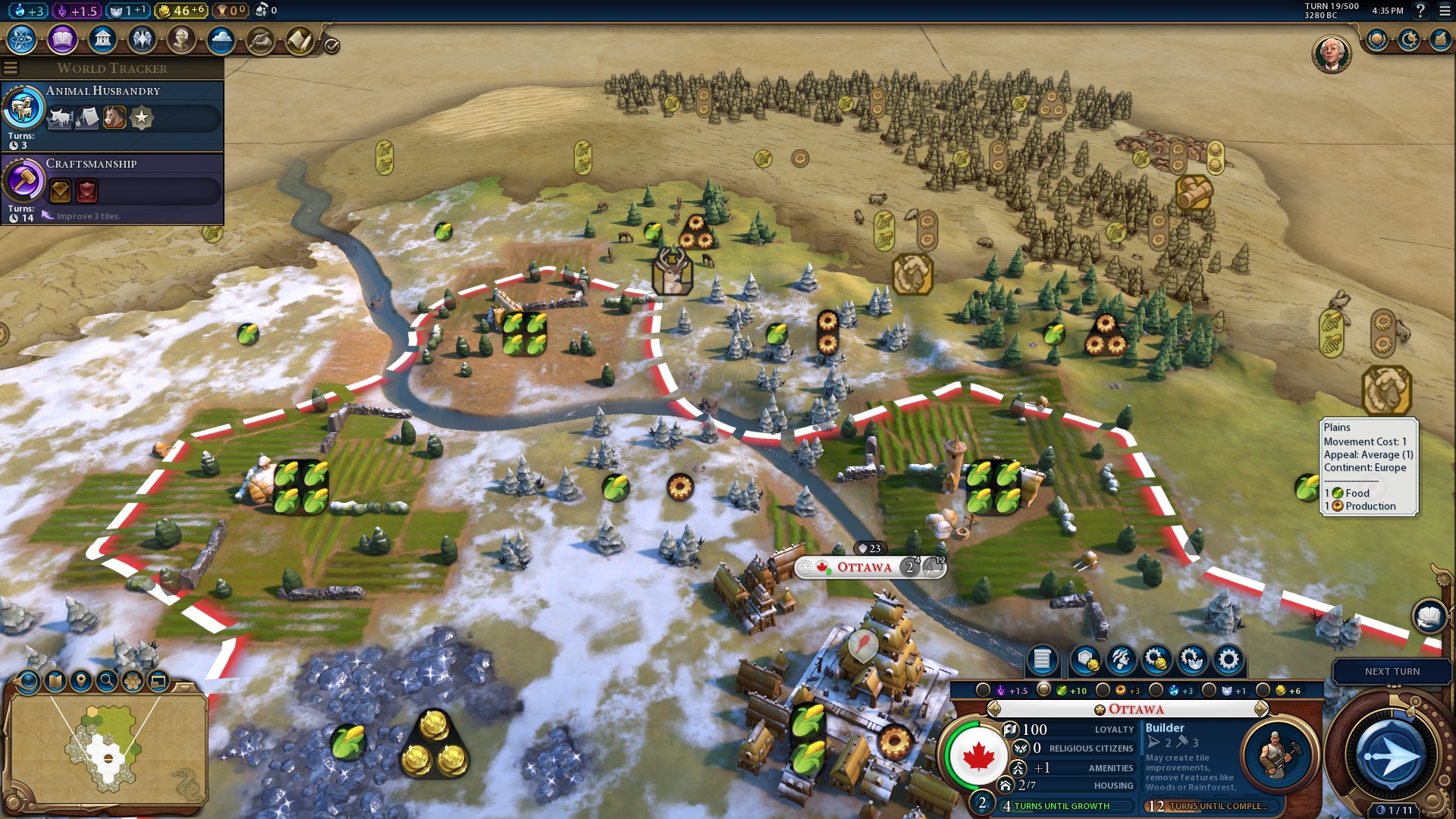 And that is in the beginning of the game! 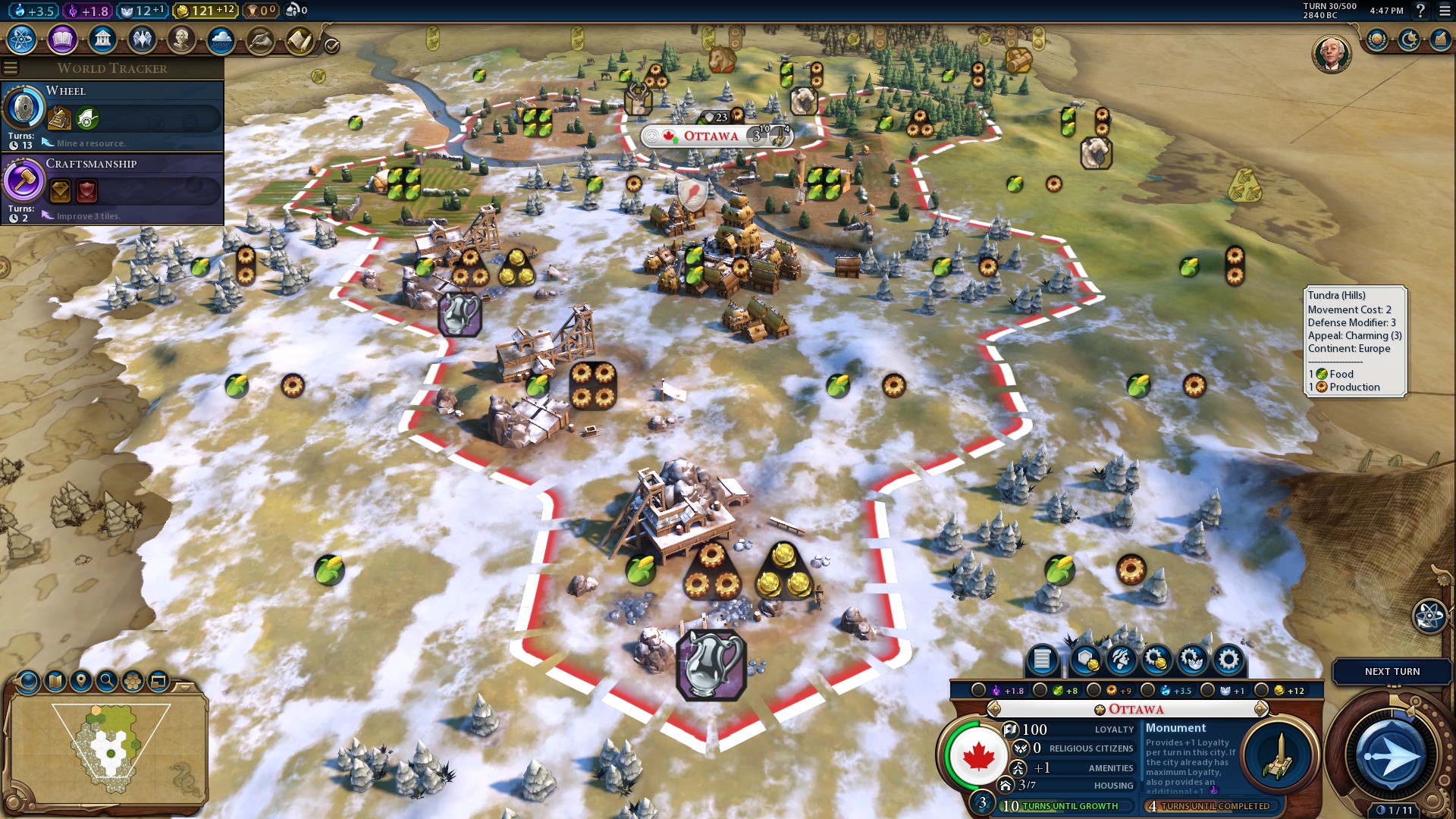 And we can go on with developing what we want from this moment, as we are going to have high population in out city, as well as production. 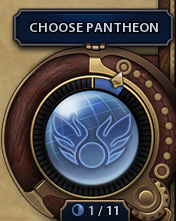 And here is the time to choose pantheon, I usually go for Earth Goddess, which gives you faith for each breathtaking appeal tile. But that depends on your playstyle…


Appeal in tundra is usually high, as you can see! (not the best possible, actually) 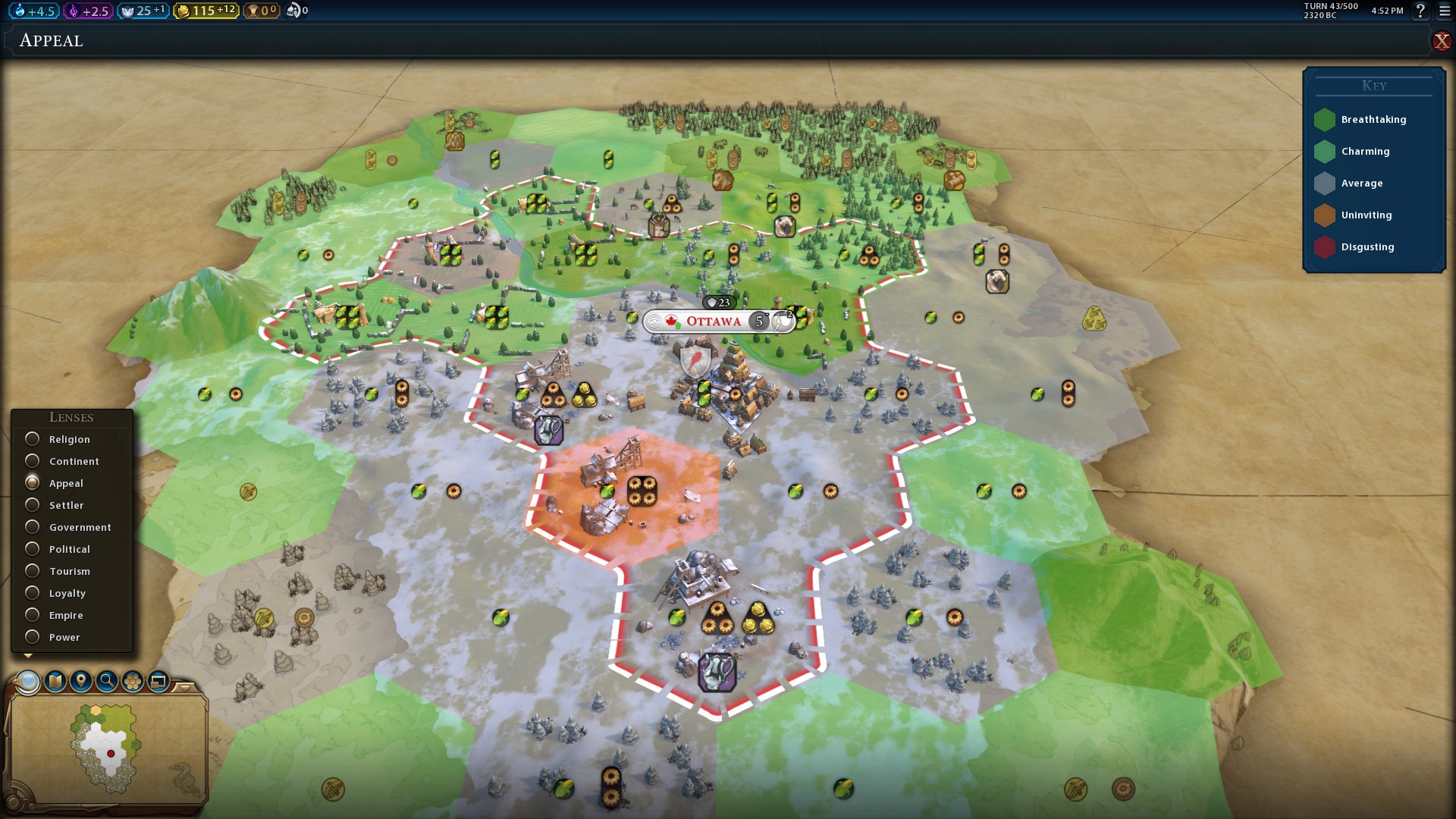 Cree Empire has the best food bonuses on trade routes, which we can use to develop Tundra and even Snow! 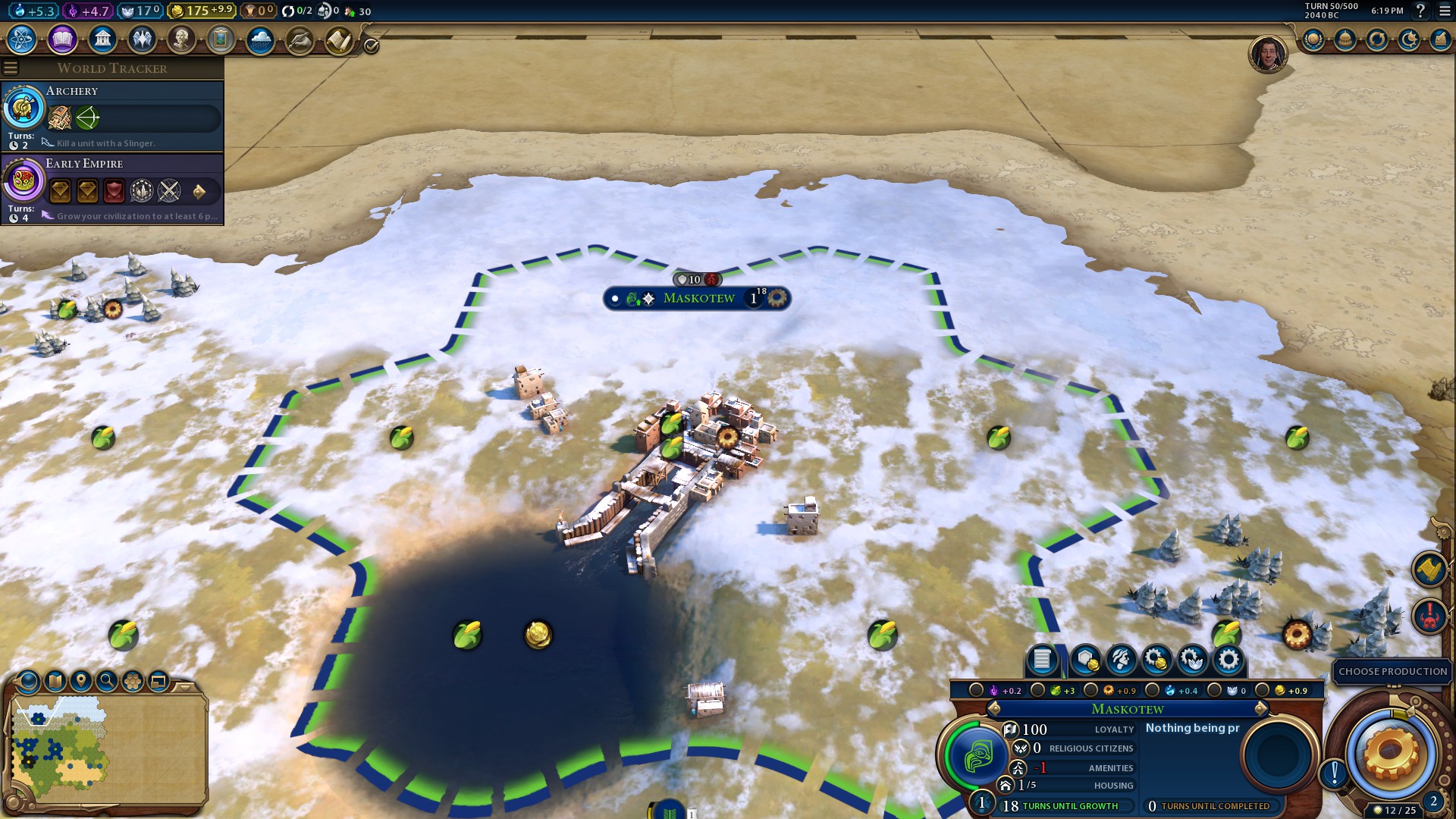 As you can see, I’ve just founded a city in almost complete snow. There isn’t much to develop here, no good source of food…


And here comes our other city with four pastures: 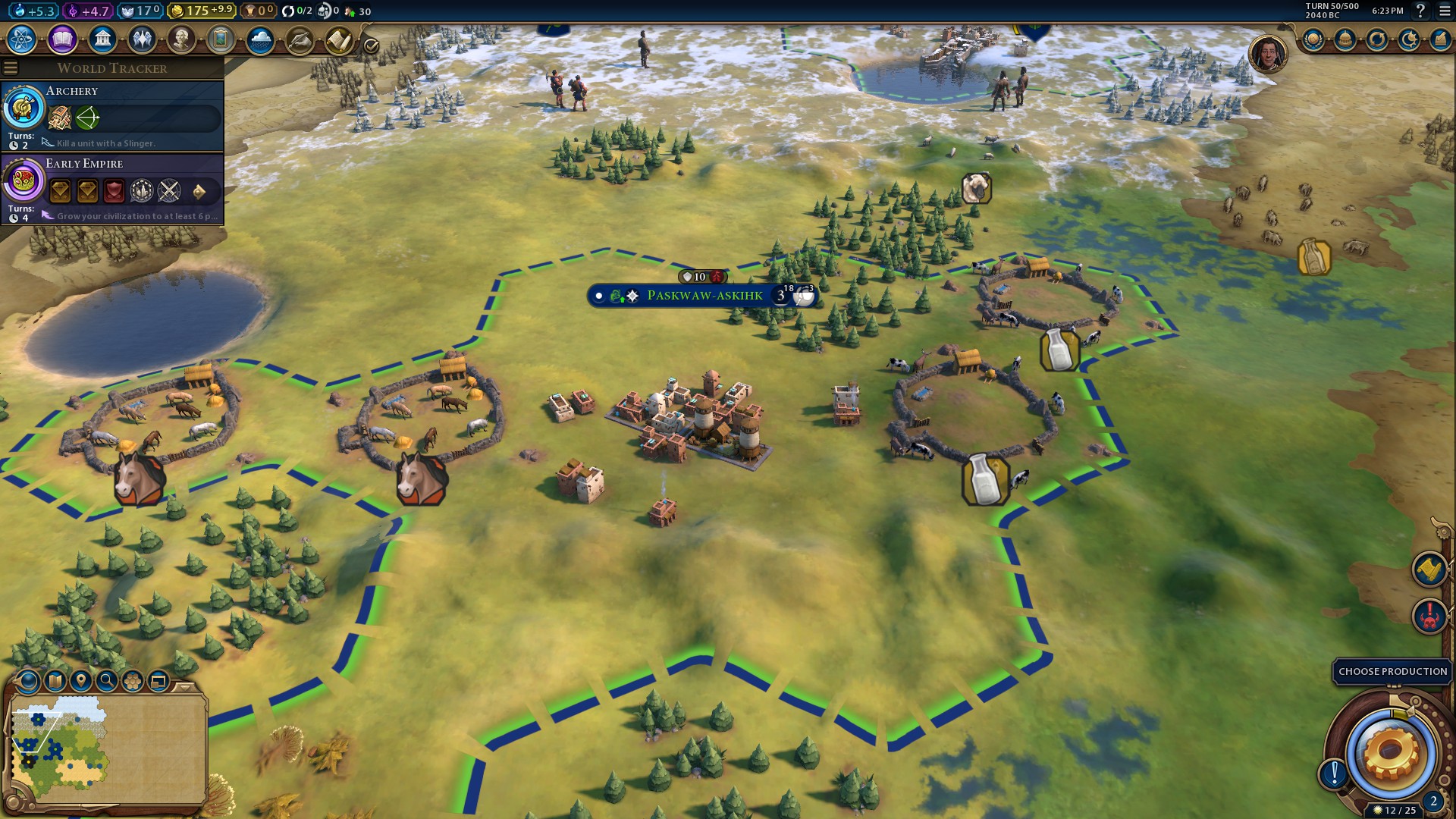 Now we only need to get a trader to this city in snow.

And now we get +5 food in the city, which isn’t bad at all. You can send other trader to cities with pastures to get even more.

You can live near wonders which bring you food and production, Wonders give you adjacency bonuses for districts as well.


These are some of the wonders that may ease your life in Tundra: 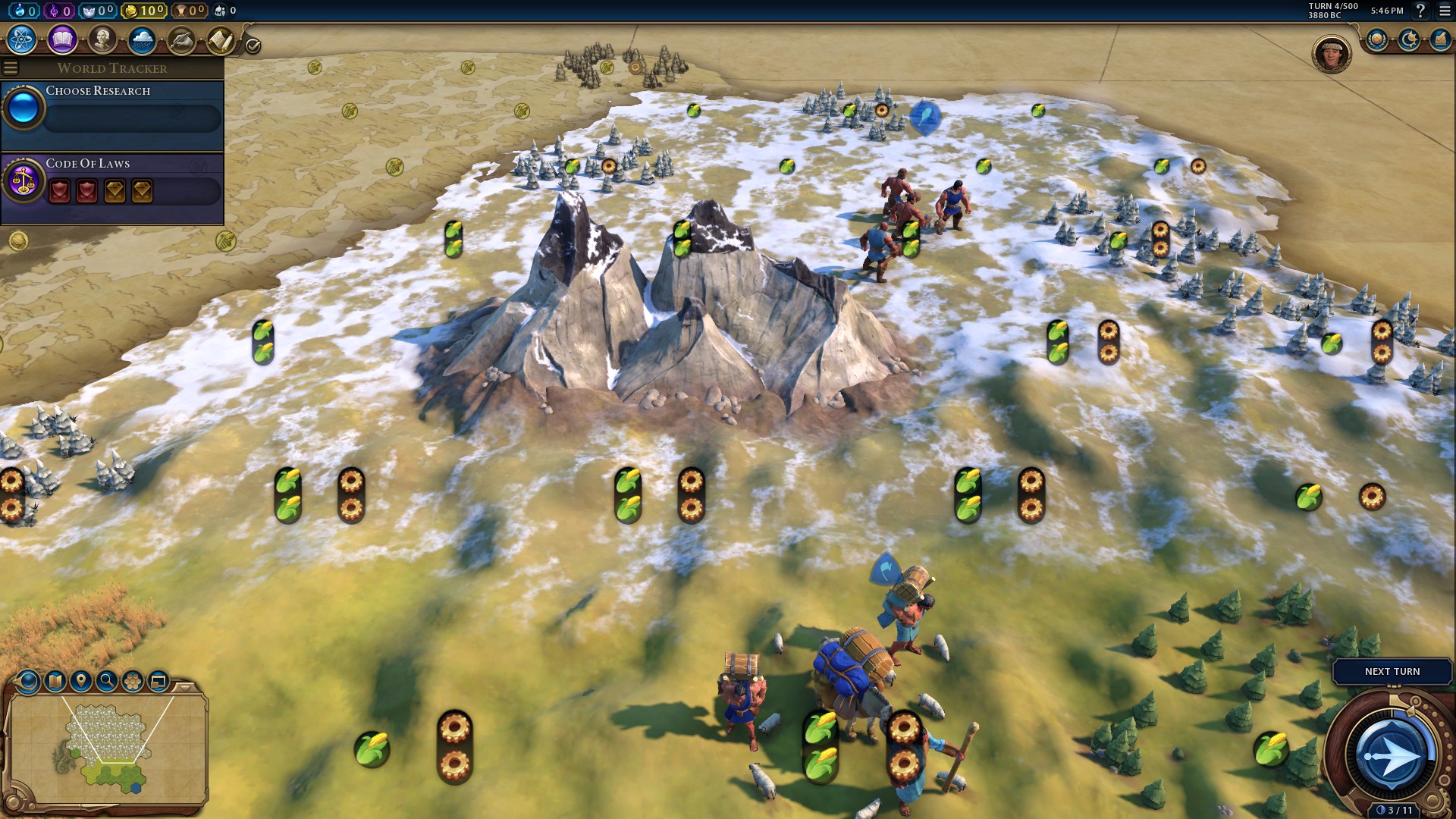 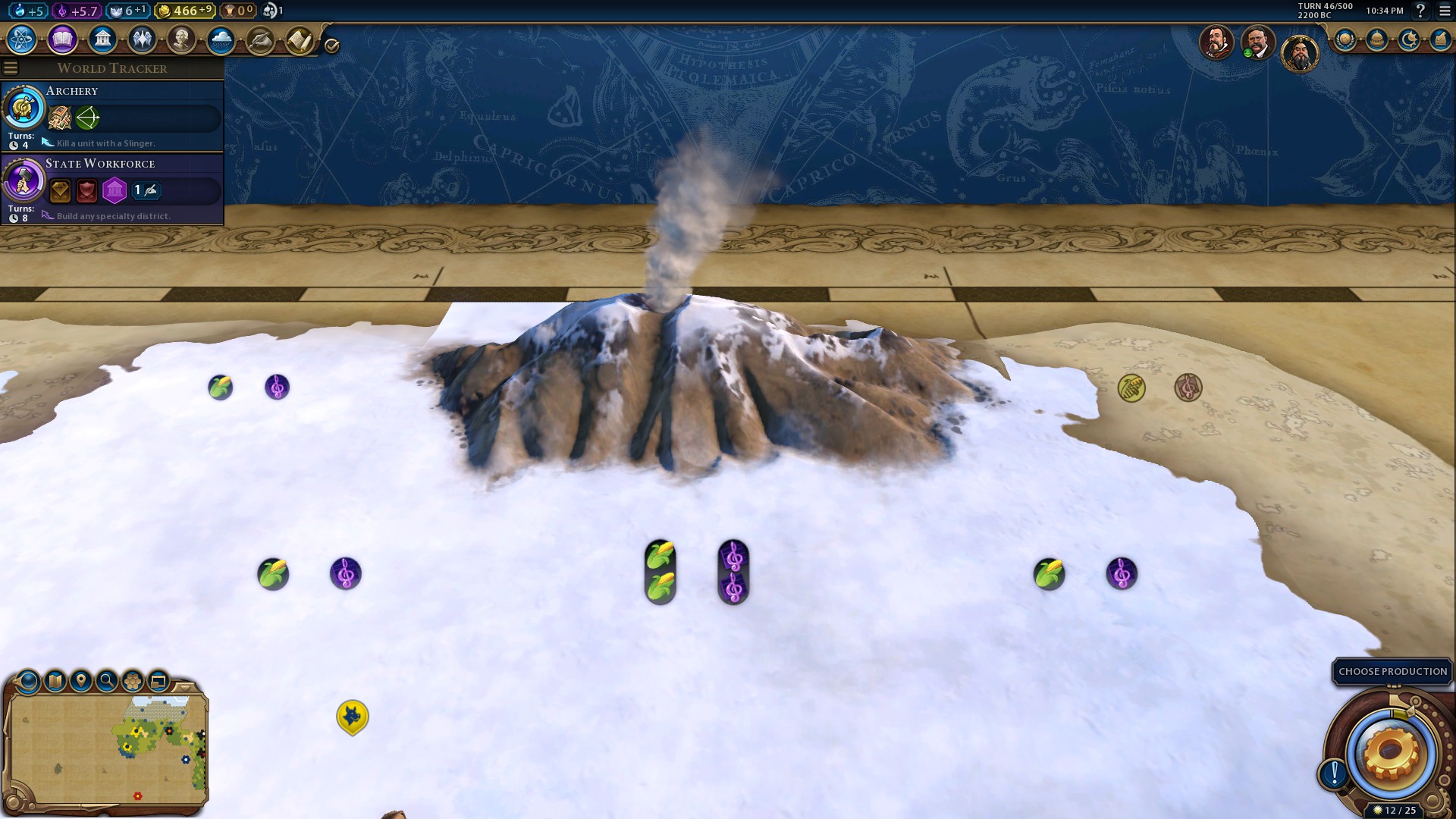 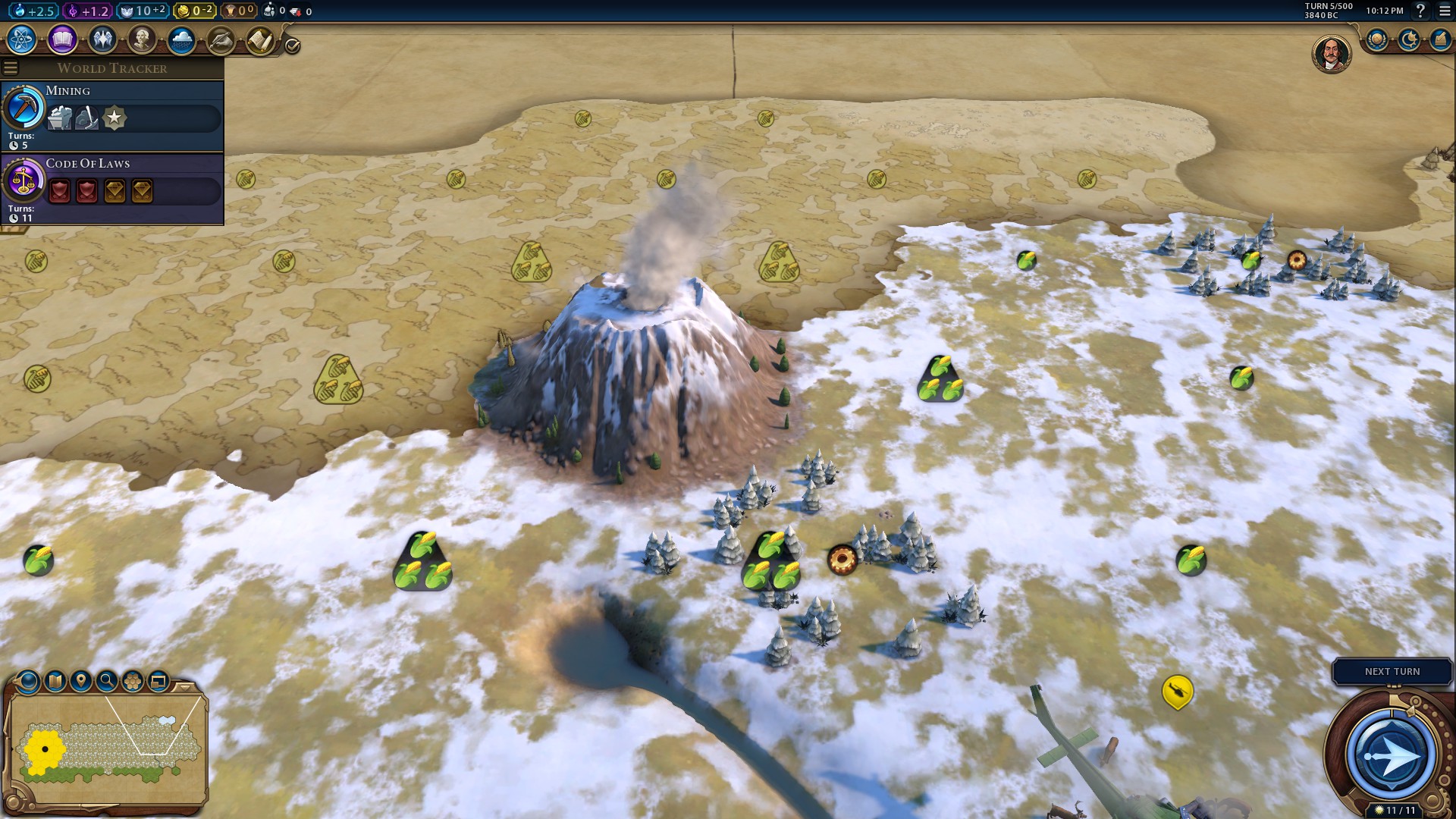 Well, here is a volcano in absolute snow around it, 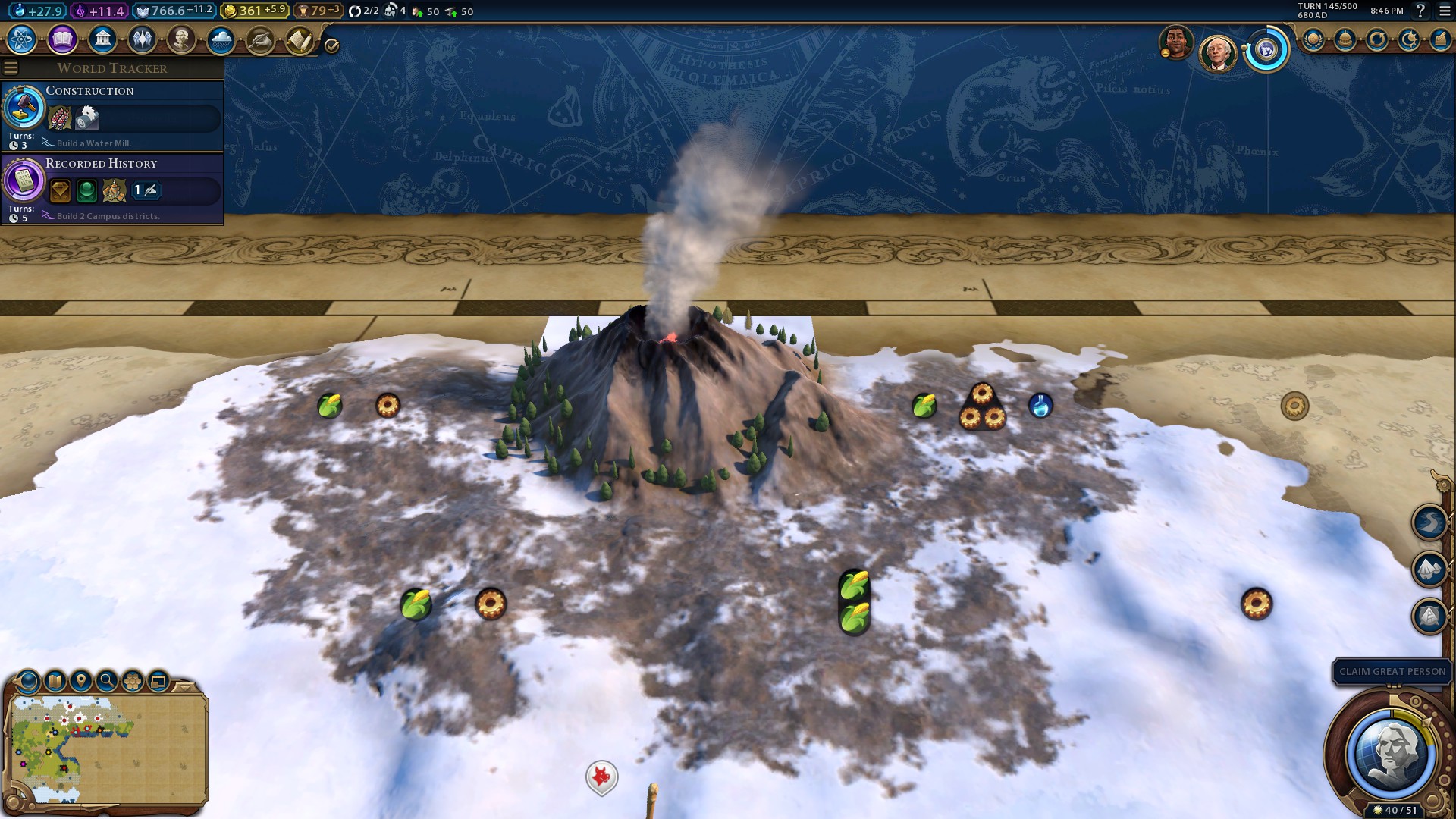 It’s going to be really hard to survive in Snow even when playing for “Snowny” civilizations, but it’s possible. One important thing is that you should keep an eye on the volcano, as it might just kill you citizens that work those tiles around.

Thank you for reading this guide, I do hope it’s been helpful. If I missed anything just let me know in the comments. 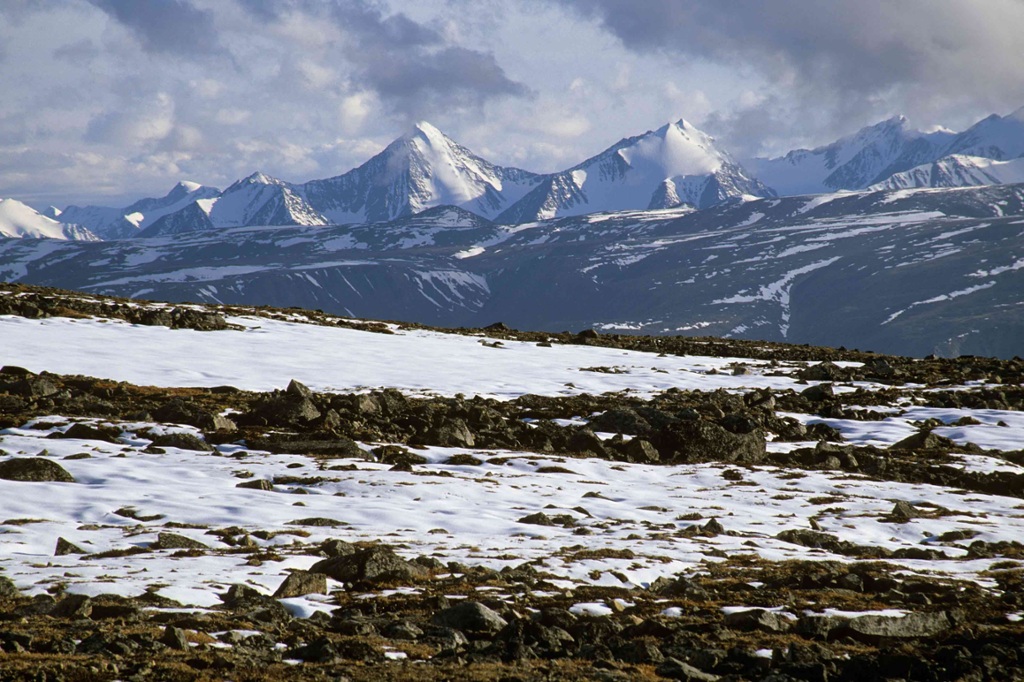 This is all for Sid Meier’s Civilization VI Tundra Guide hope you enjoy the post. If you believe we forget or we should update the post please let us know via comment, we will try our best to fix how fast is possible! Have a great day!