A guide on how to set your controller for optimal Shadowman performance by disabling diagonal movement.

A guide on how to set your controller for optimal Shadowman performance by disabling diagonal movement. Why would you want this ? Because it prevents you from jumping sideways which greatly reduces the number of misaligned jumps due to a slightly off stick direction. This method is significantly better than using the ingame classic gamepad mode as it allows you to keep the niceness of twin stick controls and have separate inputs for turn and strafe. The latter also slightly mitigates the issues arising from the lack of target lock.

This guide is made for the SteamController obviously, but the method should work sufficiently well for any twin stick controller.

I. Open the controller configuration 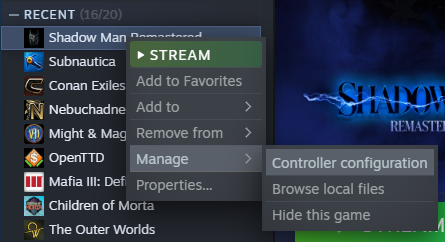 III. On the input page set:

The last step is important. You have to set the Mode Shifting to switch back to analog joystick while the X button is down, otherwise you lose control in the very convenient weapon select wheel. Select the mode shifting and set it up like so:

There is also an invert option. Some people want it and the game does not (currently) support it, so there’s that.

It’s on the front input settings page if you’re using Mouselike Joystick mode, but under Advanced for Joystick Camera. 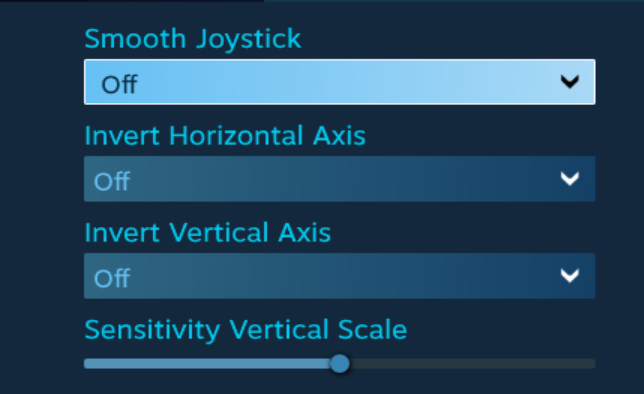 Here we come to an end for Shadow Man Remastered Shadowman Remastered – Controller Setup hope you enjoy it. If you think we forget something to include or we should make an update to the post let us know via comment, and we will fix it asap! Thanks and have a great day!