A guide to find all the secrets in my map Ir-Kalla Demo II.

I don’t like playing custom maps and finishing a level with only 50% of the secrets. What I like even less is either never finding everything or having to dig through the map’s files myself to find it. So I made this guide detailing every one of the 22 available secrets.

If any screenshot or description isn’t clear enough, drop a comment.

In the starting area is a weapon hidden in one of the corners behind some bushes. The easiest secret is a good way to kick it off. 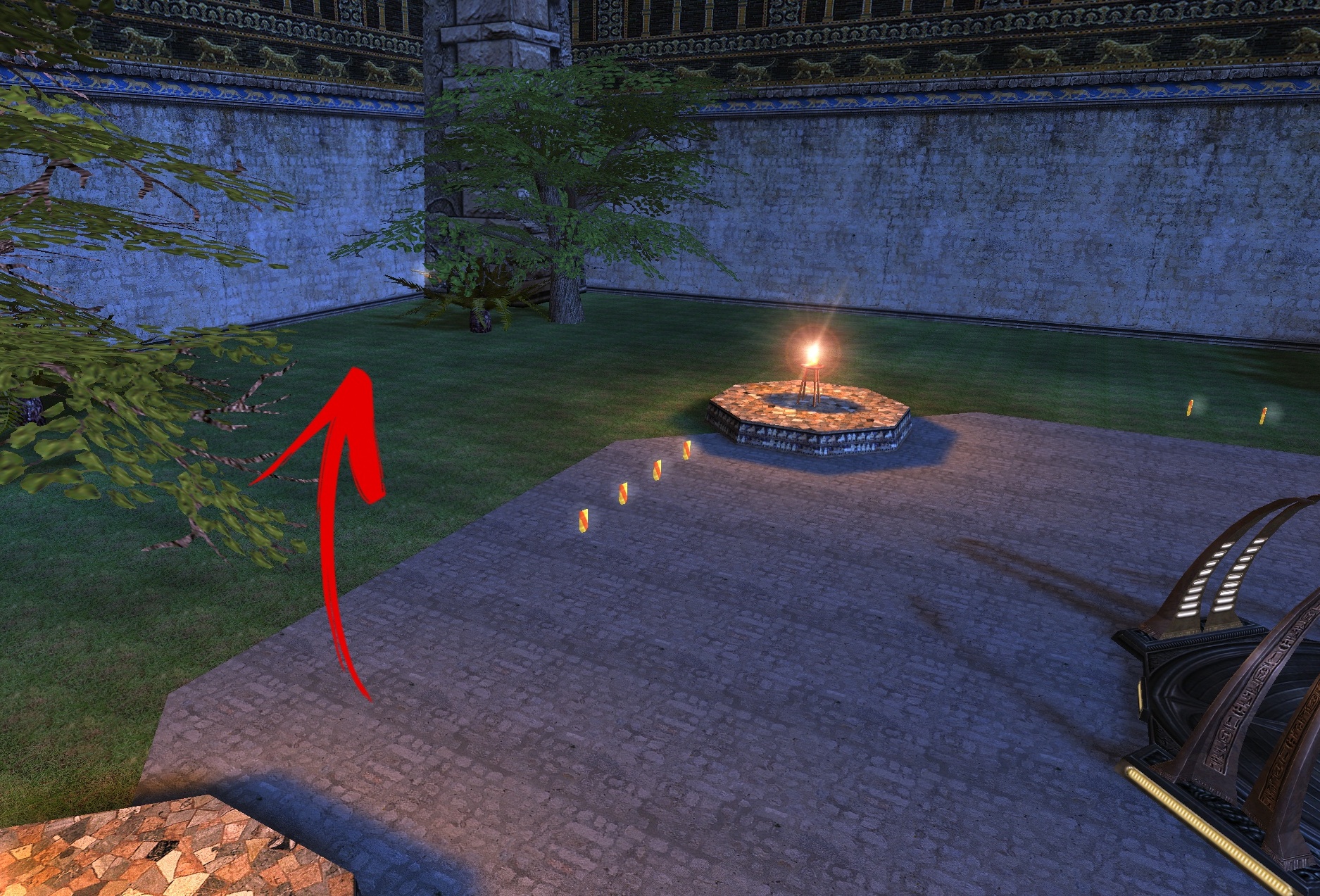 Also in the starting yard. Opposite of the previous secret is an alcove in one of the walls with a teleport, hidden behind a bush. 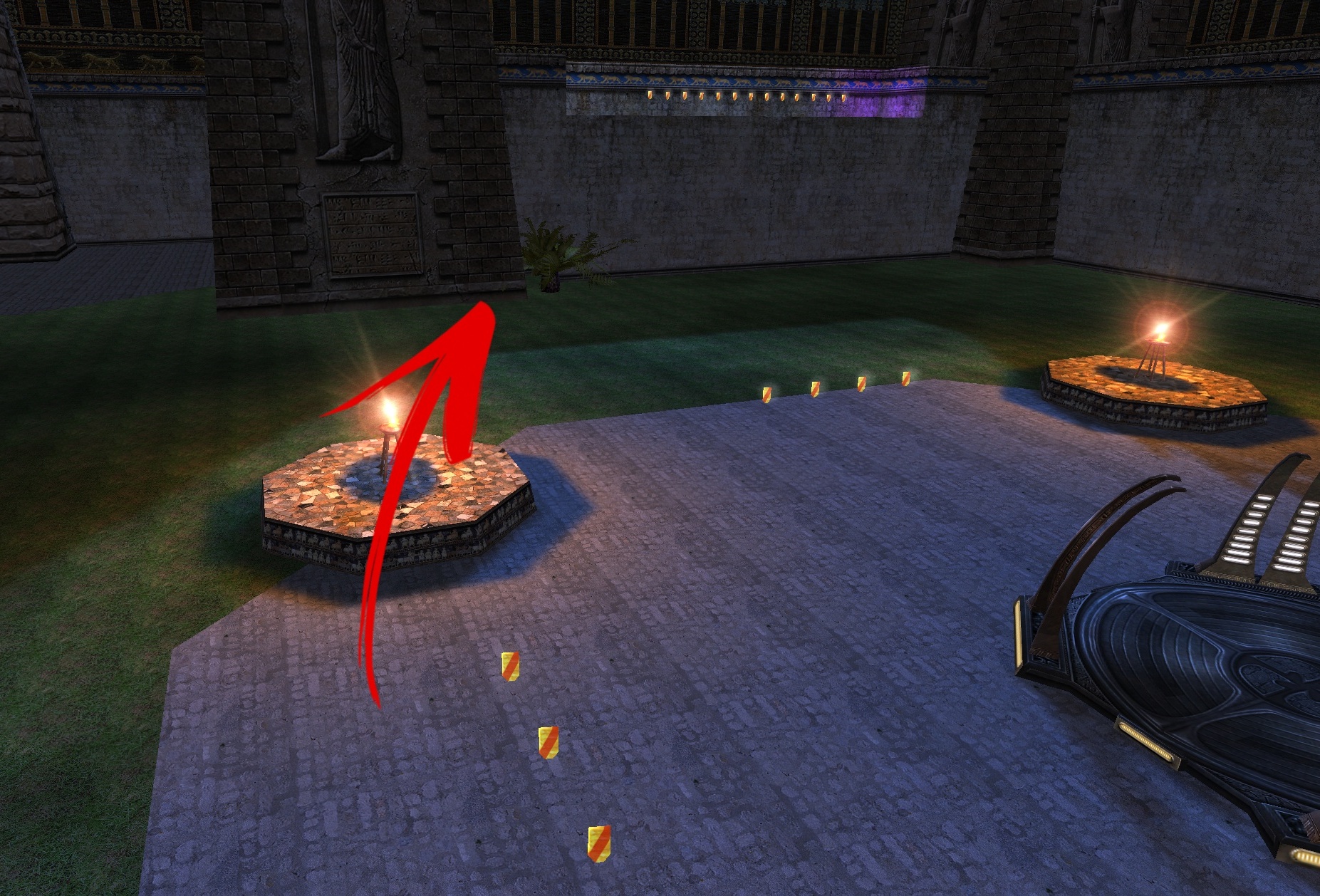 In the room after going through the first set of doors is a statue of an elephant. Drop down behind it to find a hole in the wall. 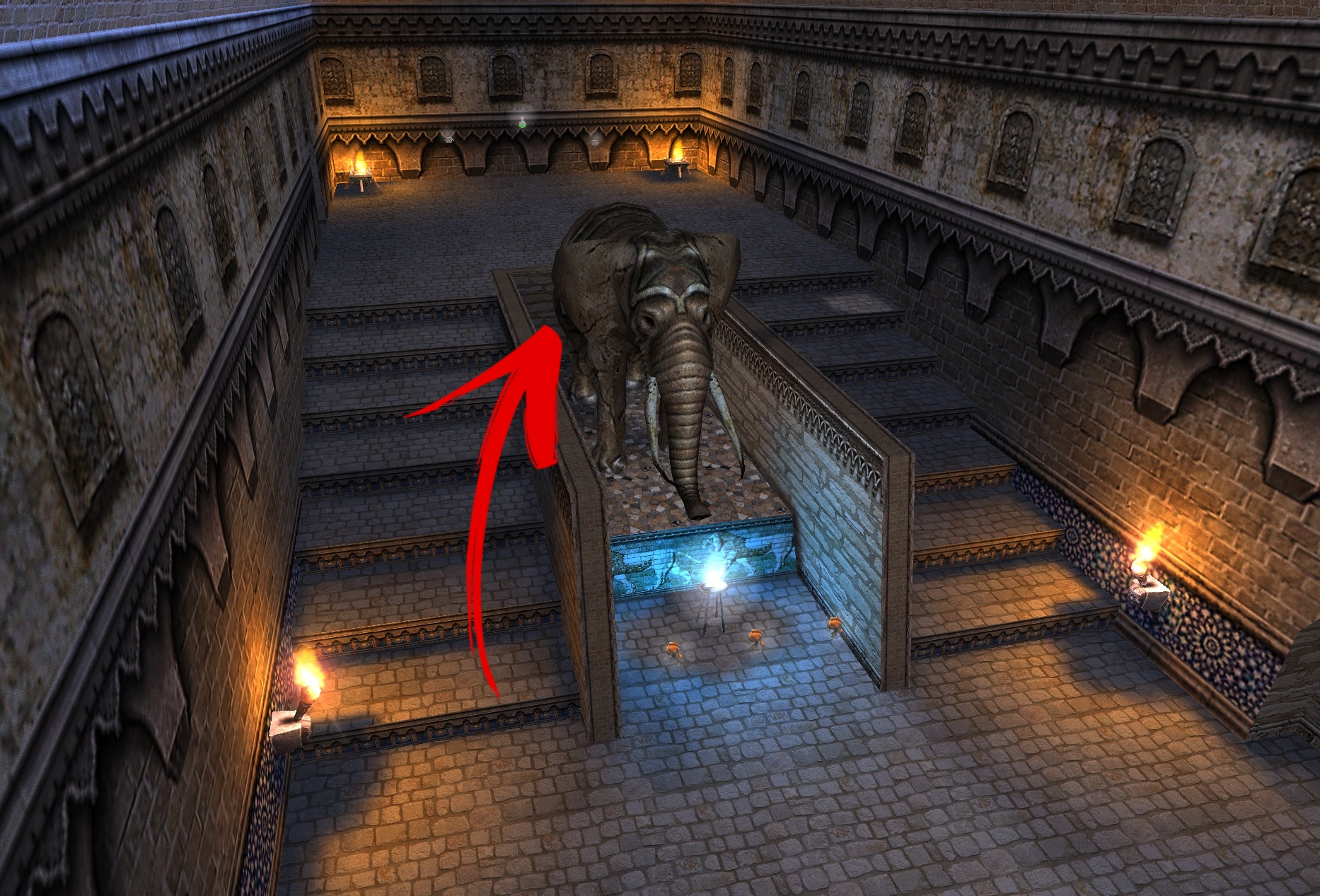 In the double shotgun yard is an armor hidden behind some bushes. 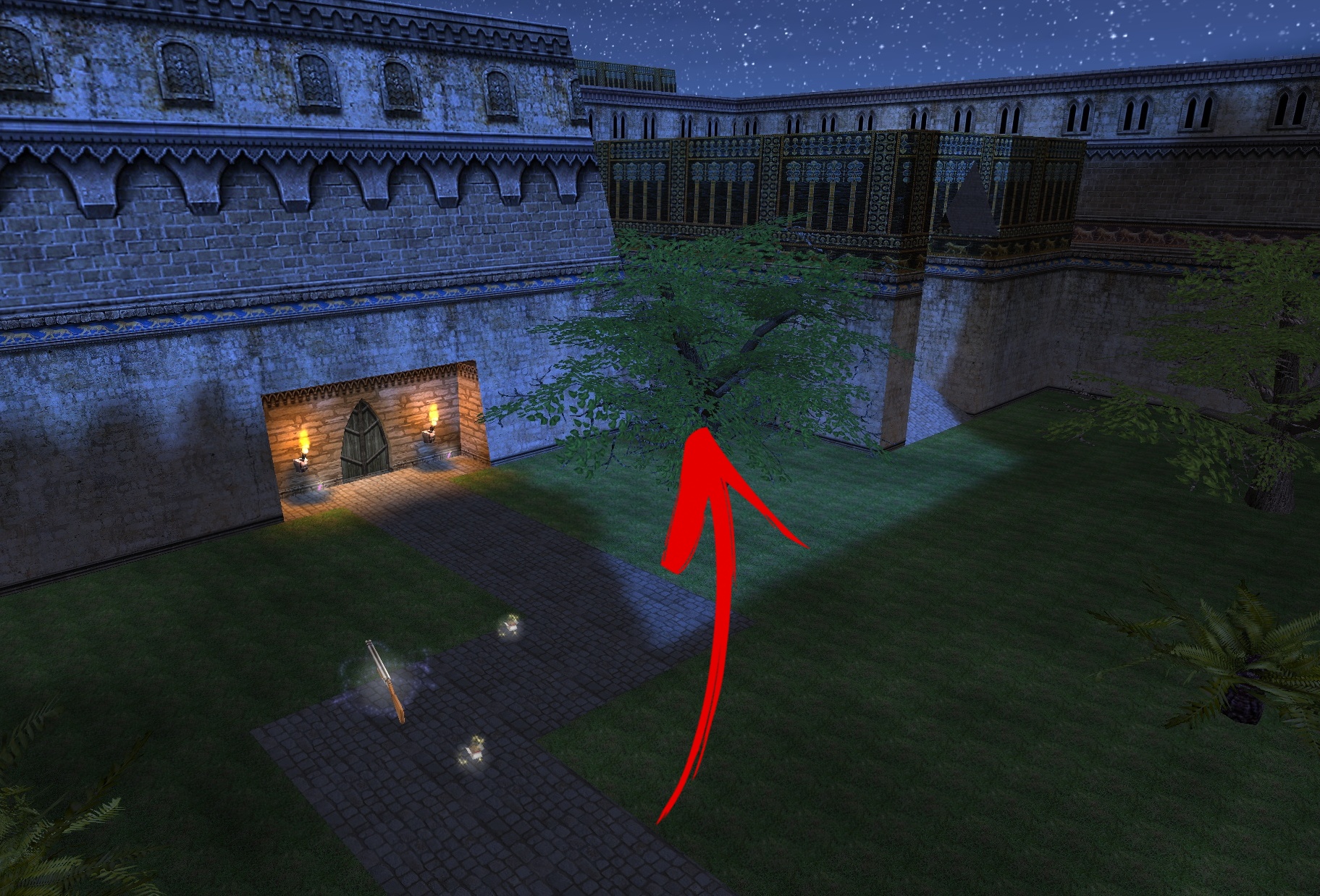 In the double shotgun yard is a switch behind one of the big building’s pillars. Use it to open a hidden wall. 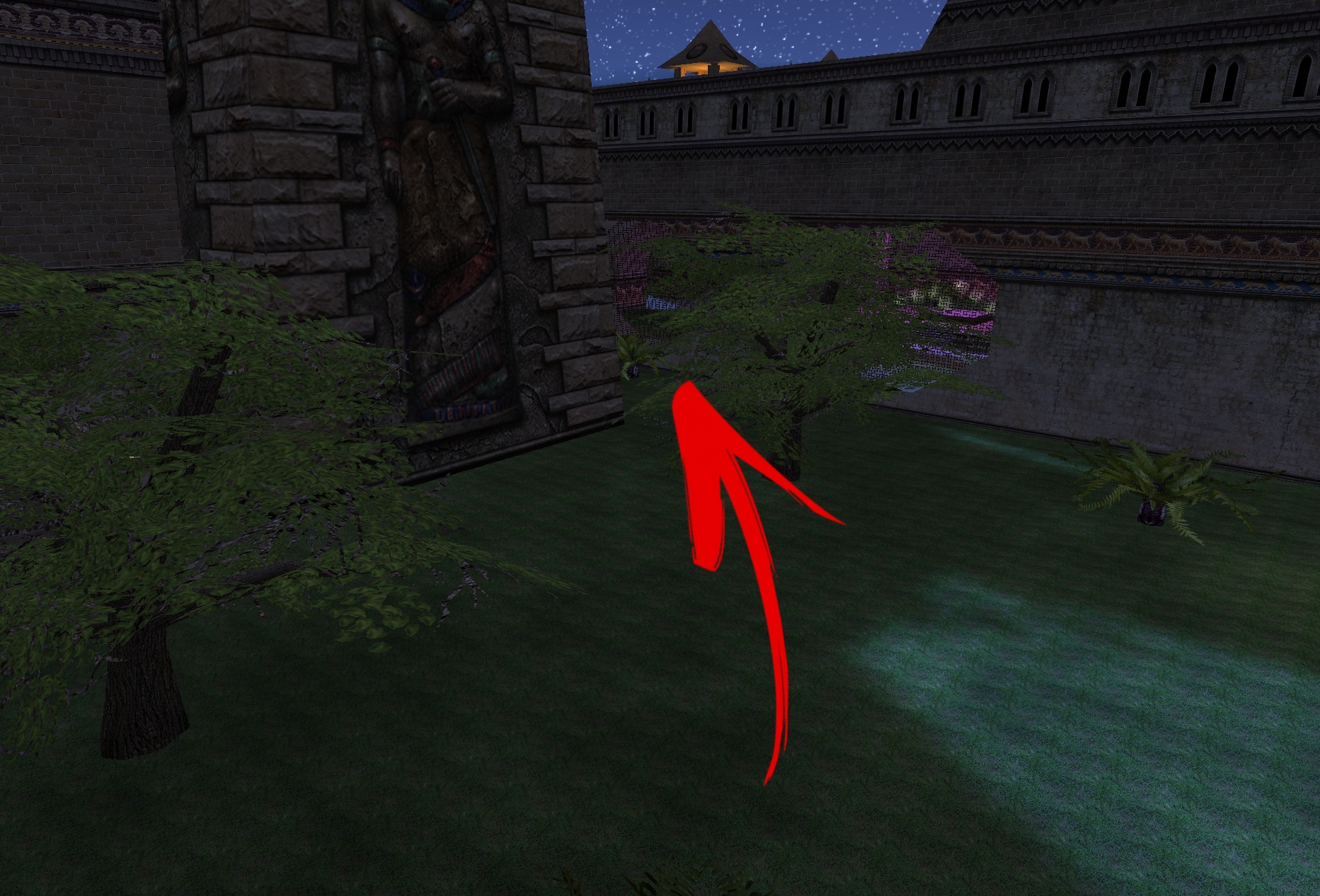 In the yard after the double shotgun with the two elephant statues is an alcove on one of the building walls with a secret item. 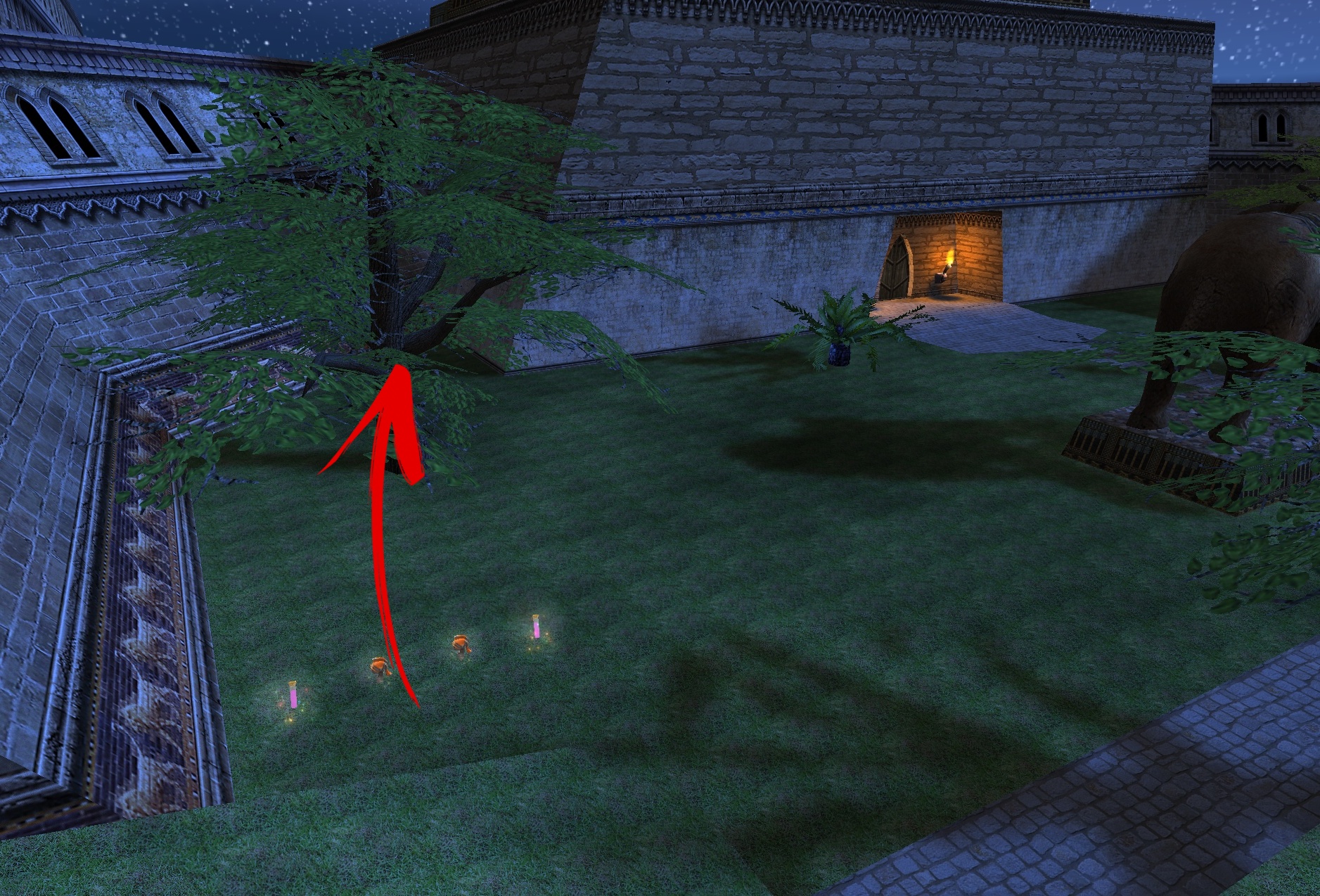 In the optional area with the fountain is a hole in one of the walls with a switch that opens the opposite building. 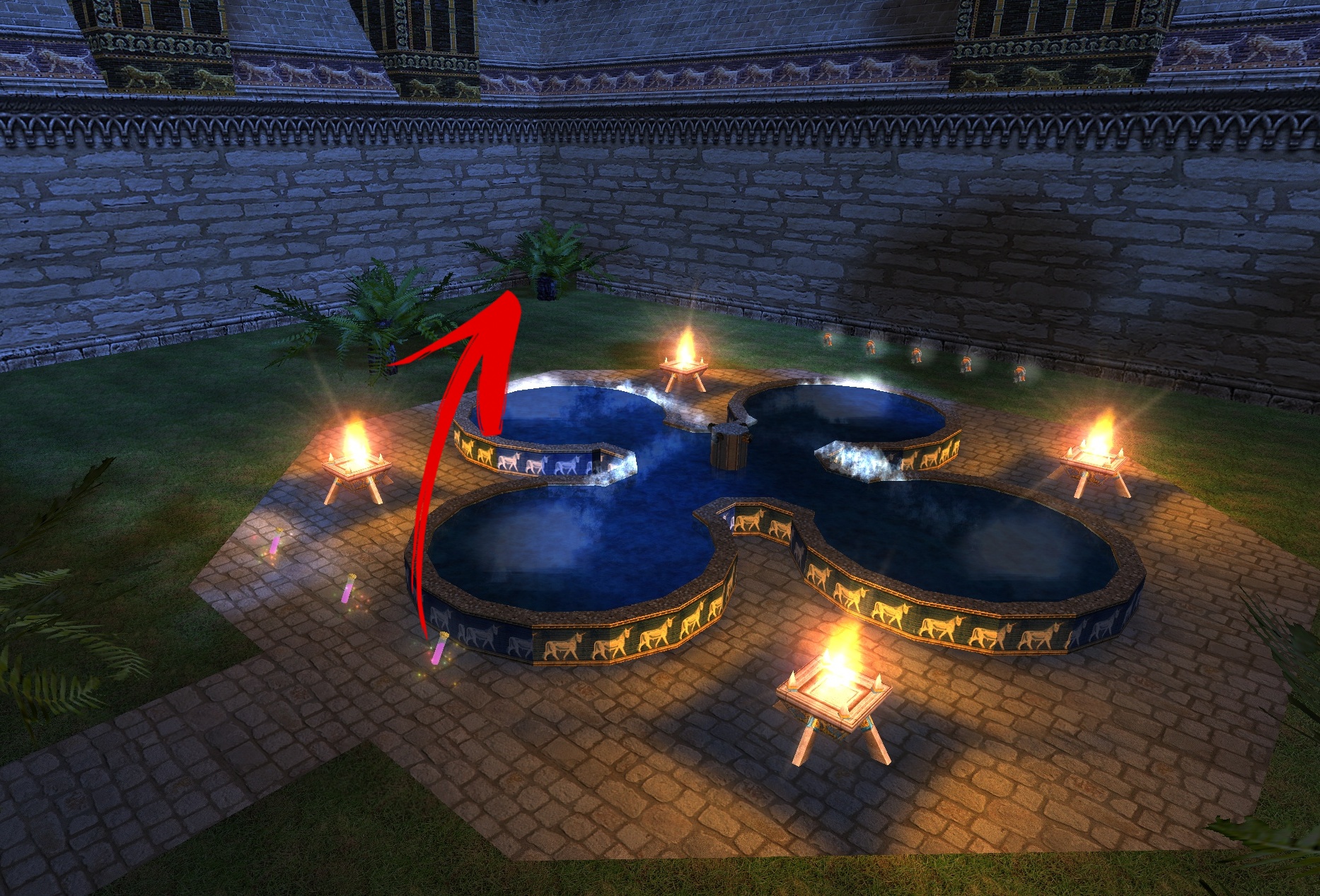 After the garden with the sniper is another guarden (big surprise) with four elephant statues and two fences. Behind one of the elephant altars is a hole with an item. 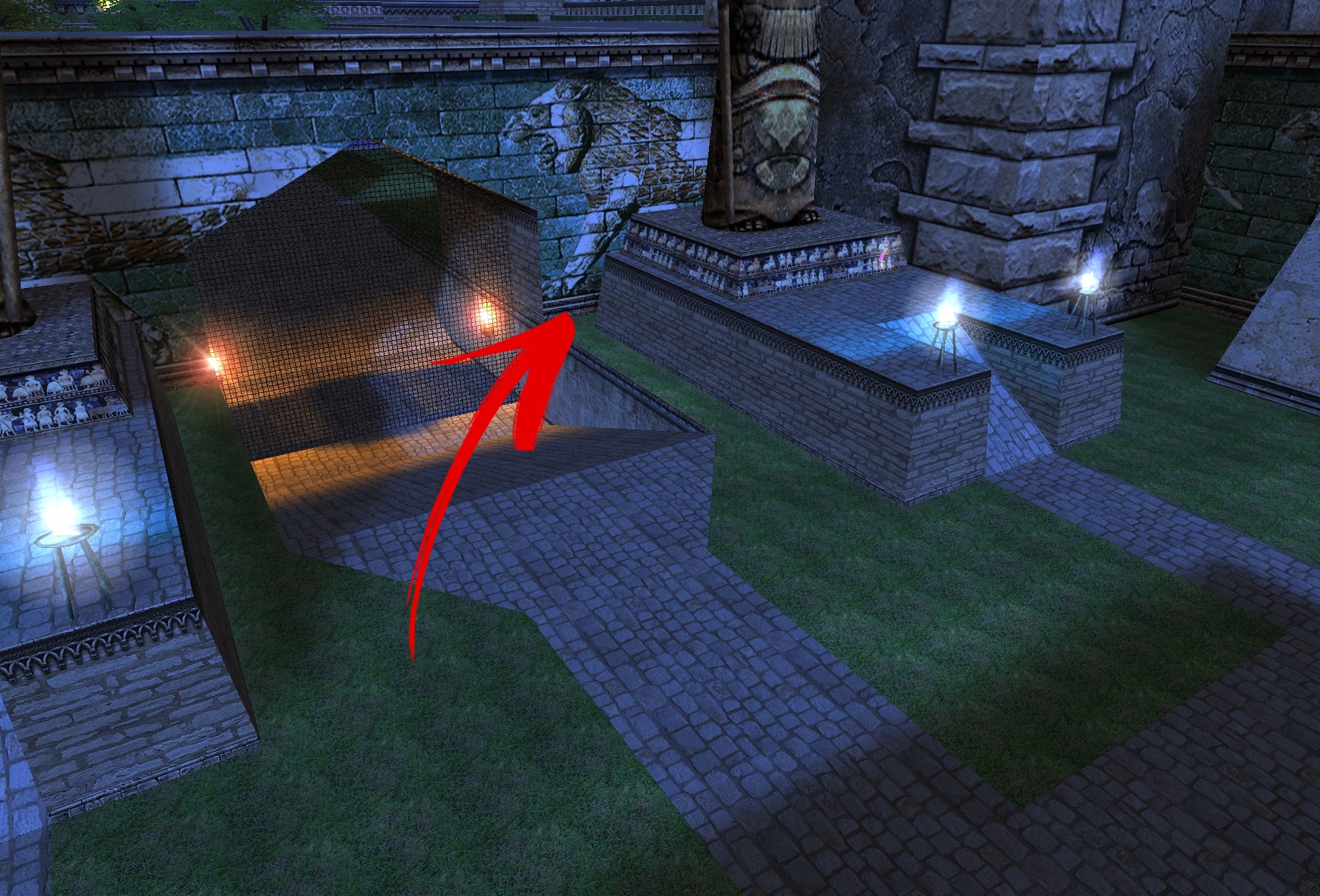 In the back yard of the next building is a terrace with a statue. Behind the statue is a switch that opens a secret wall. 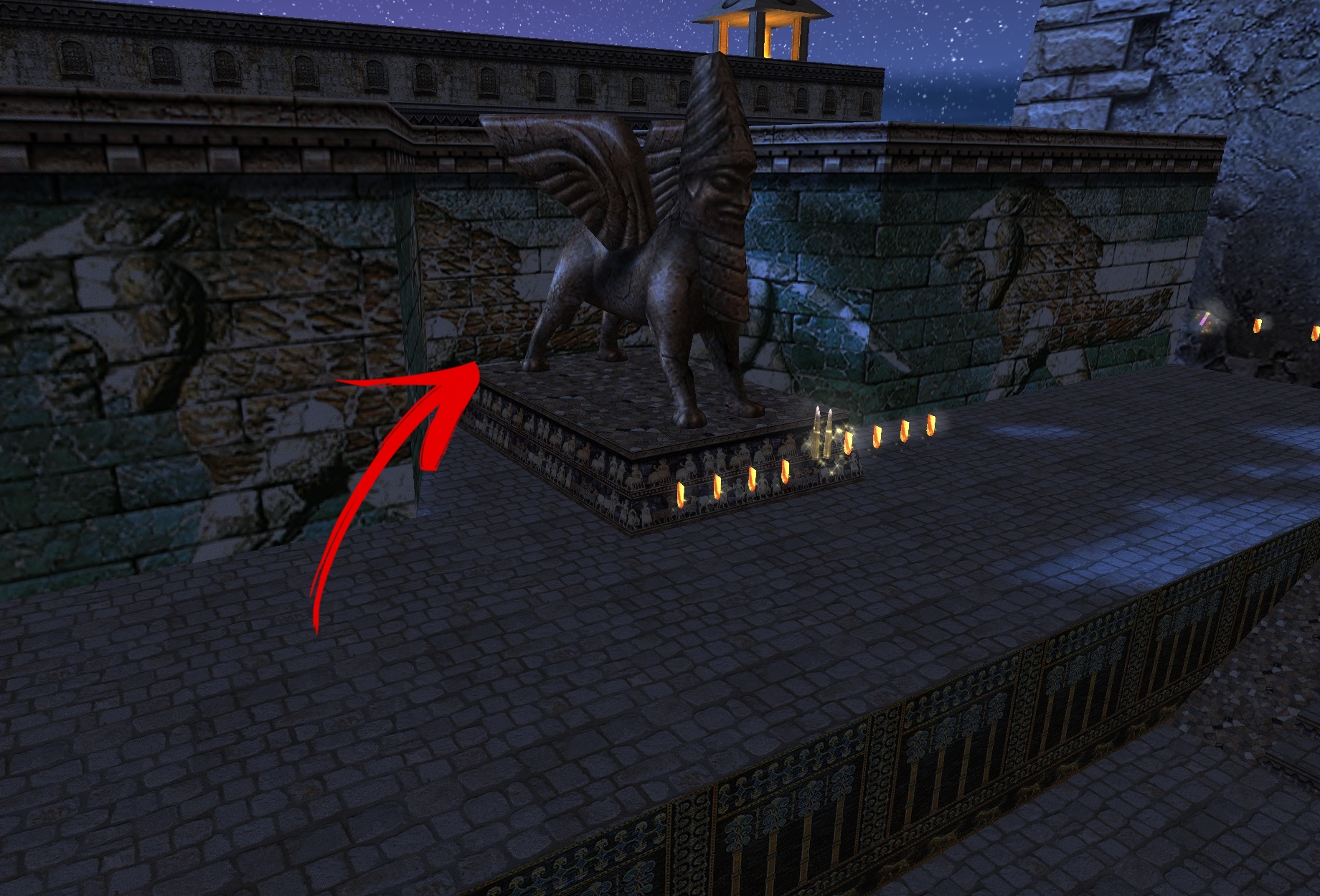 In the room with the floor grating over a pool (right after the little pond) is a hole in one of the wall’s corners with a secret item. 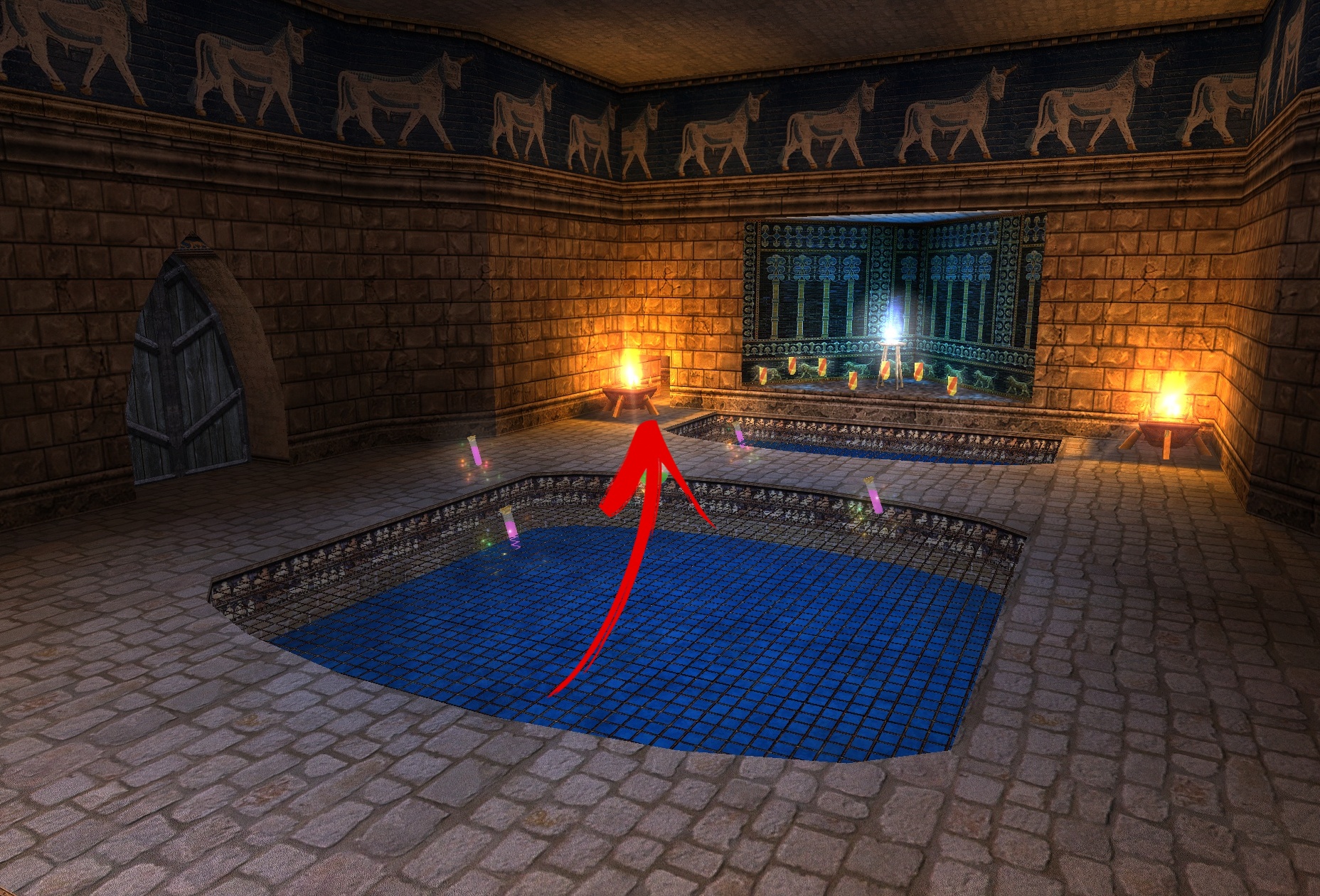 In the building with the two weapons locked on platforms is a hole behind one of the torches on the first floor near the armor items. 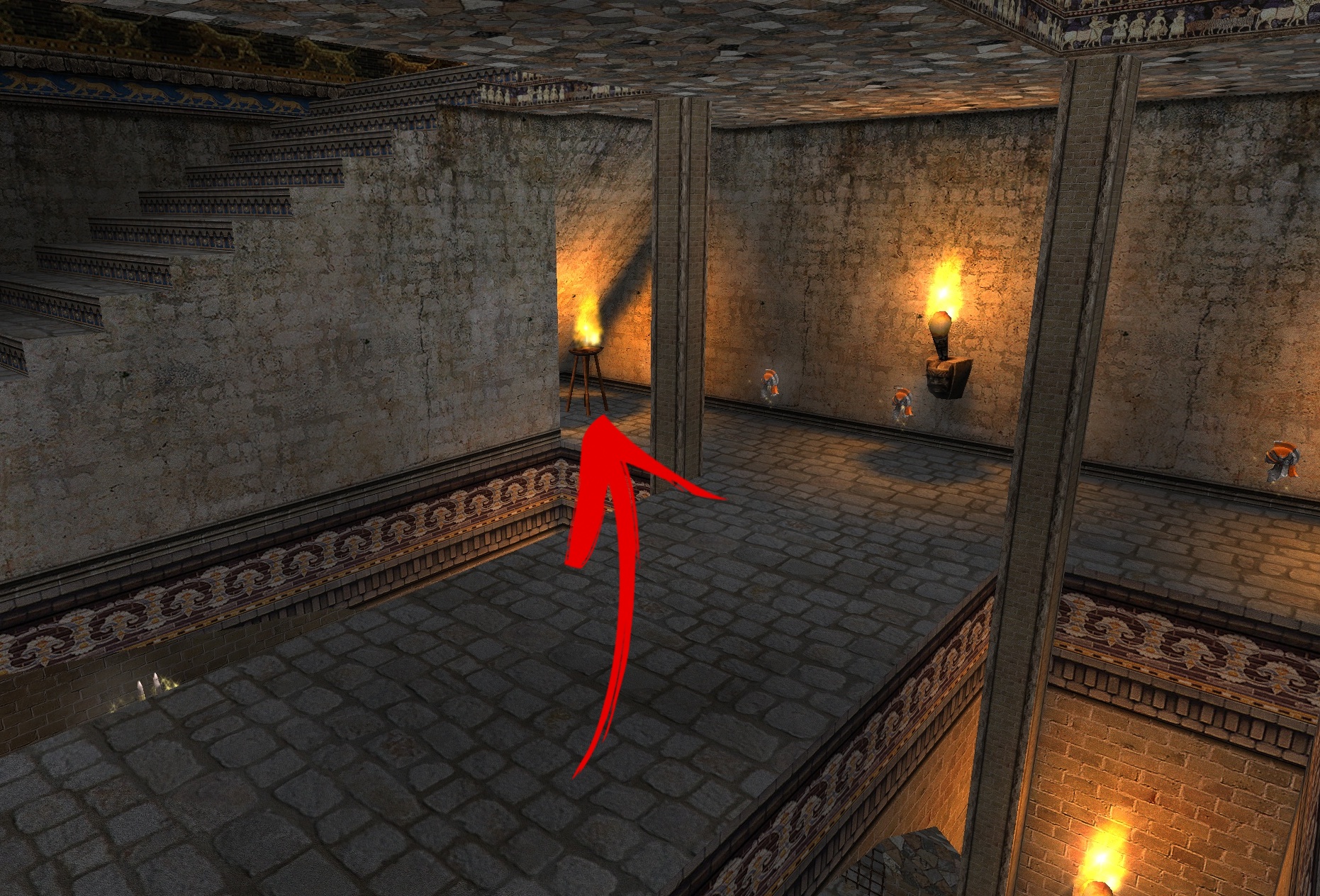 After getting the flamethrower and backtracking; when you reach the two-fenced yard again you’ll see that the opposite fence has been secretly and quietly lowered. Enter this optional area and in the yard with the temple with a switch is a hole in the wall behind a bush. 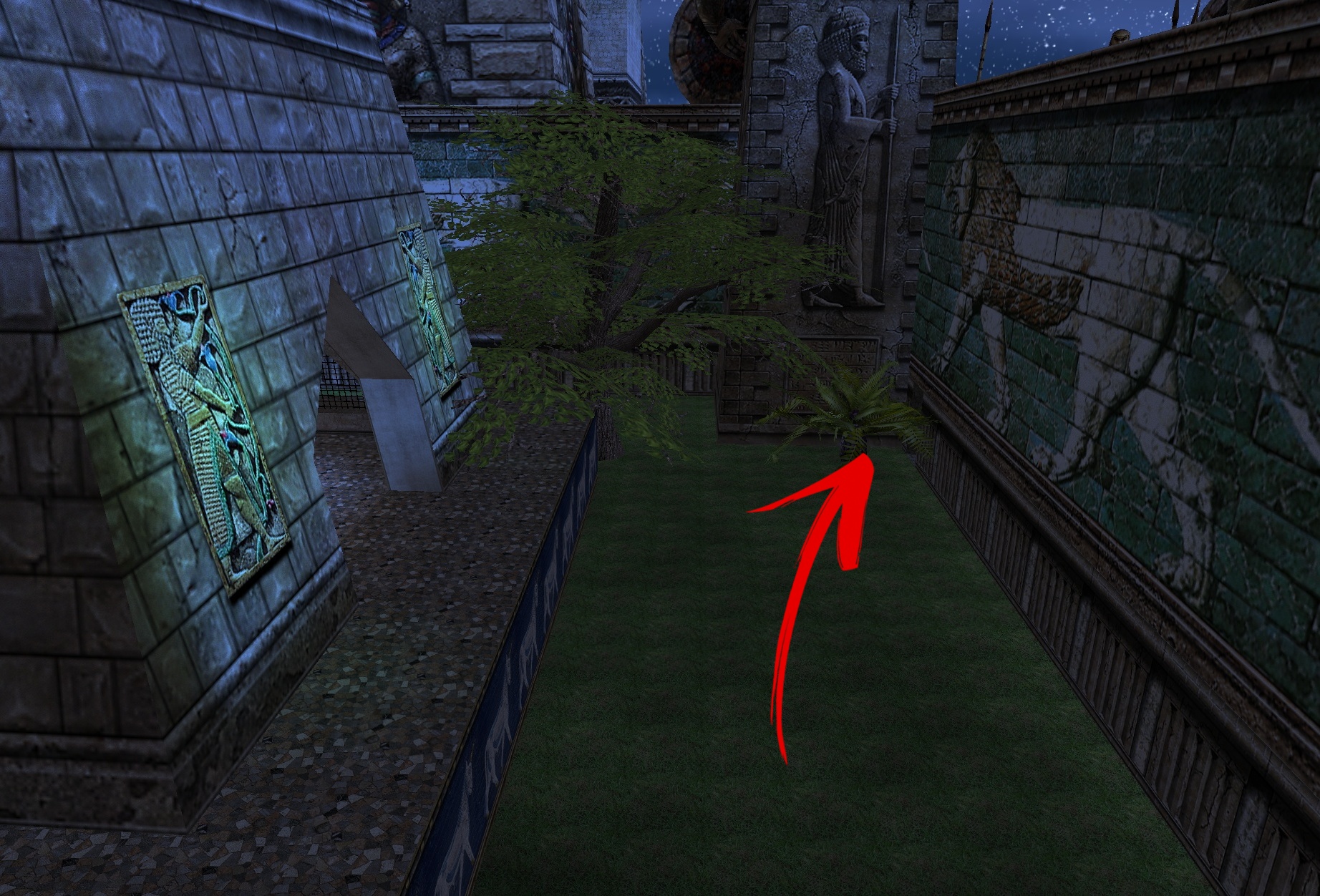 The yard after where you get the tommygun has a path with houses on either side. Behind a houseon the right side is a concealed door to a secret area. 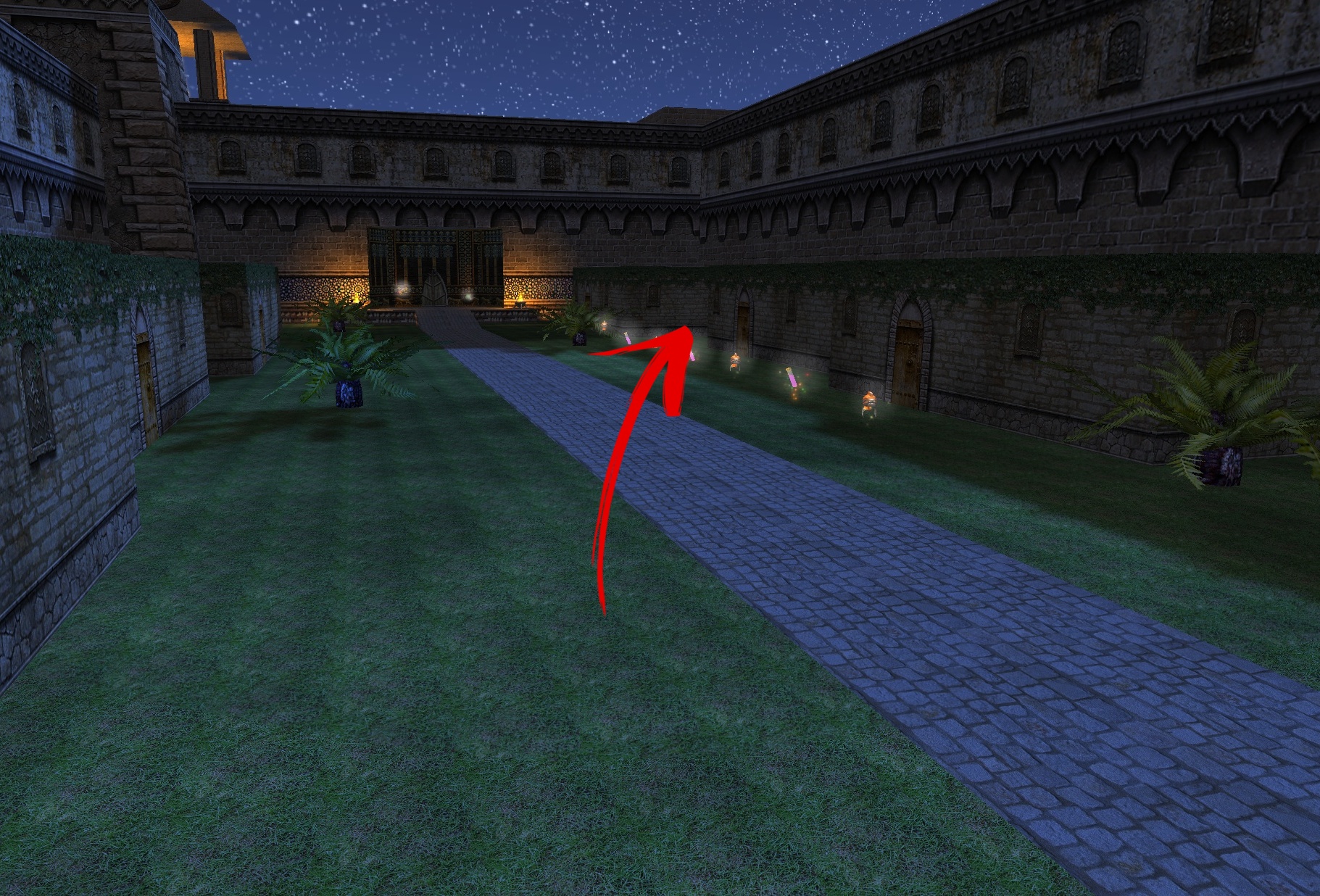 At some point you reach the starting corridors where the locked fence will open for you leading to the rocket launcher. Don’t go in yet, you need to back to the Time-Lock to find a pleasant surprise waiting for you. Be glad the enemies trying to stop you weren’t the level starting welcoming party… 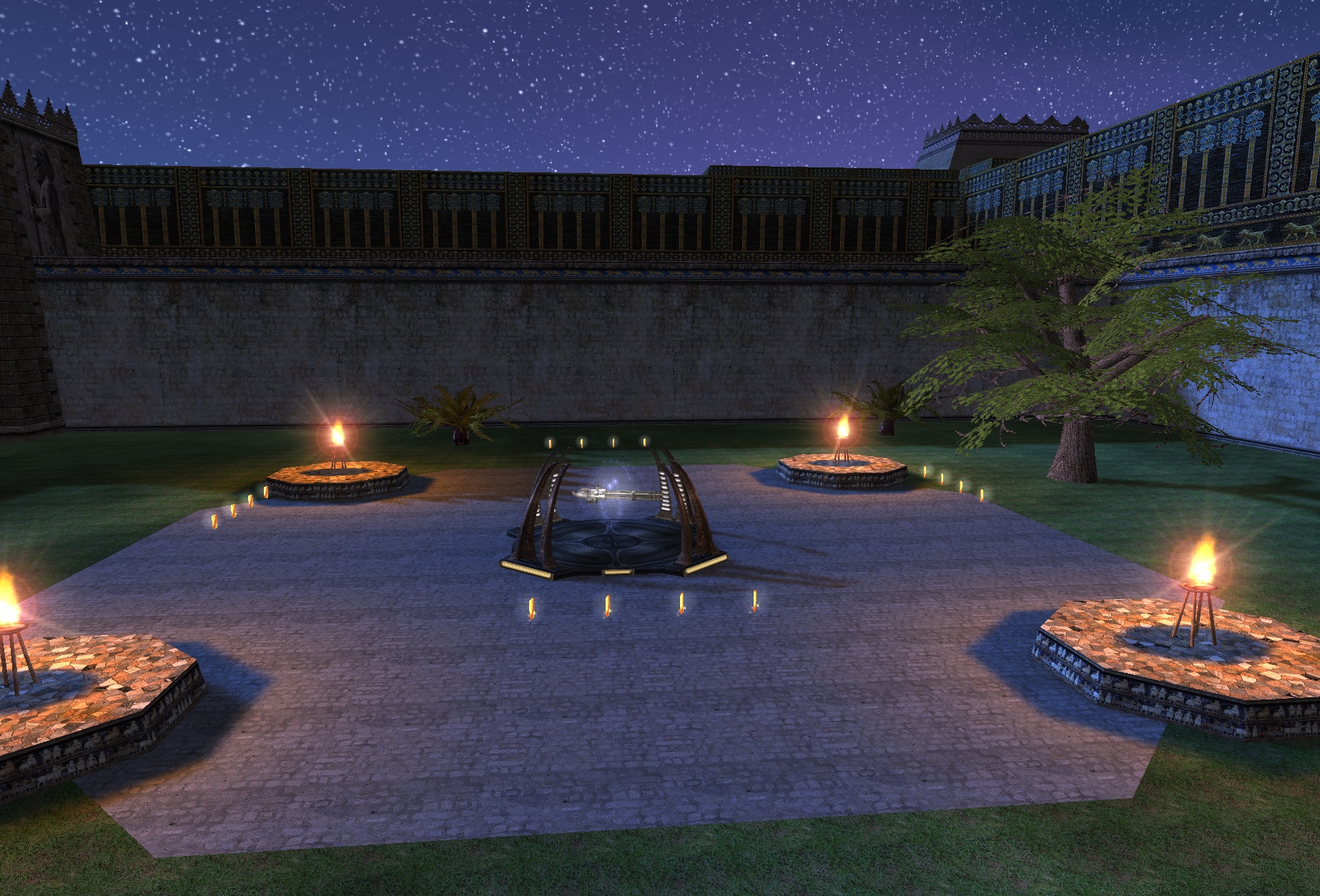 In the building after getting the rocket launcher is a dark spot on the right wall between the two statues. Blow it right the hell up. 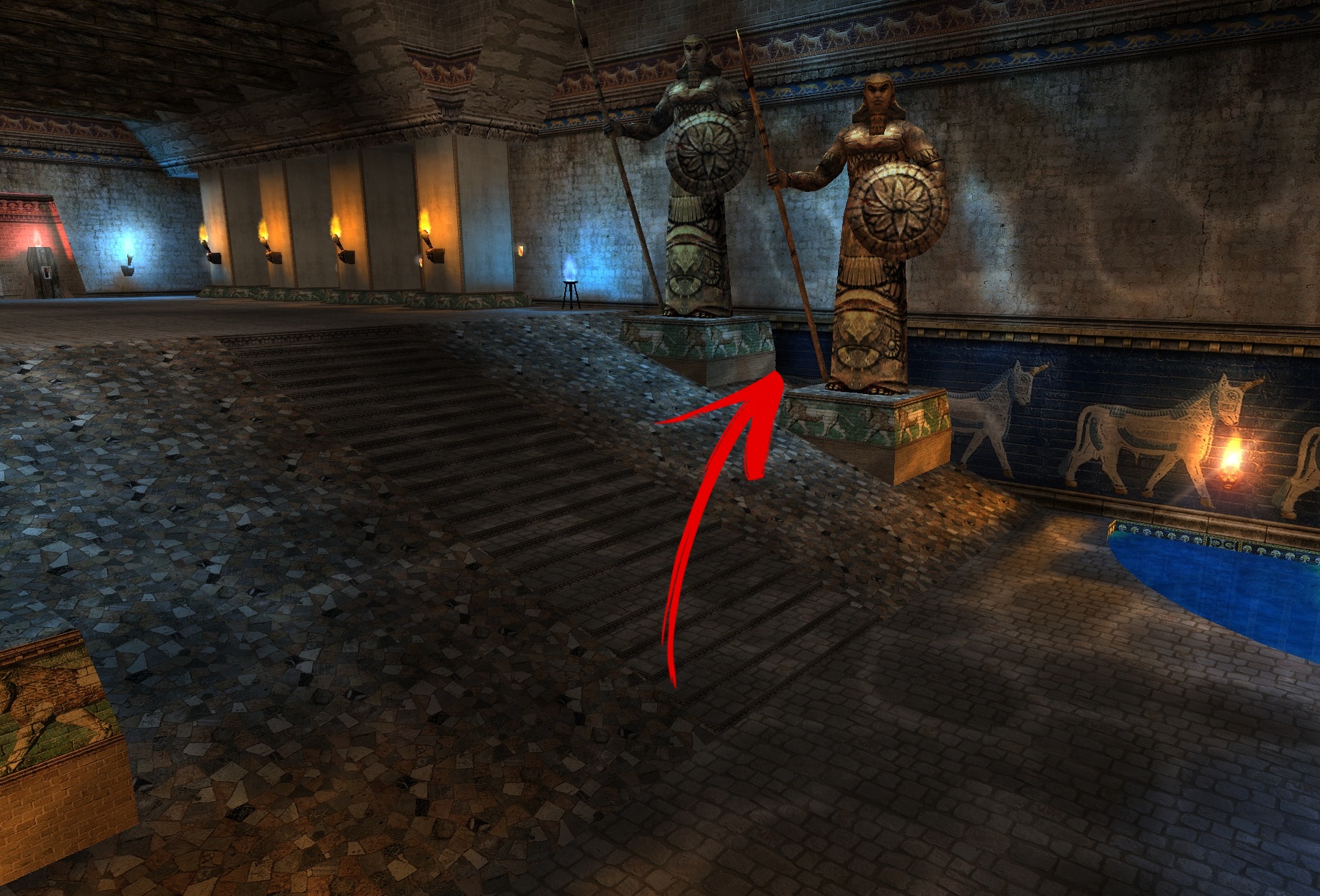 In the same area where you found the previous secret is also a dark spot on the left wall farther on behind the pillars. Blow that the hell up as well. 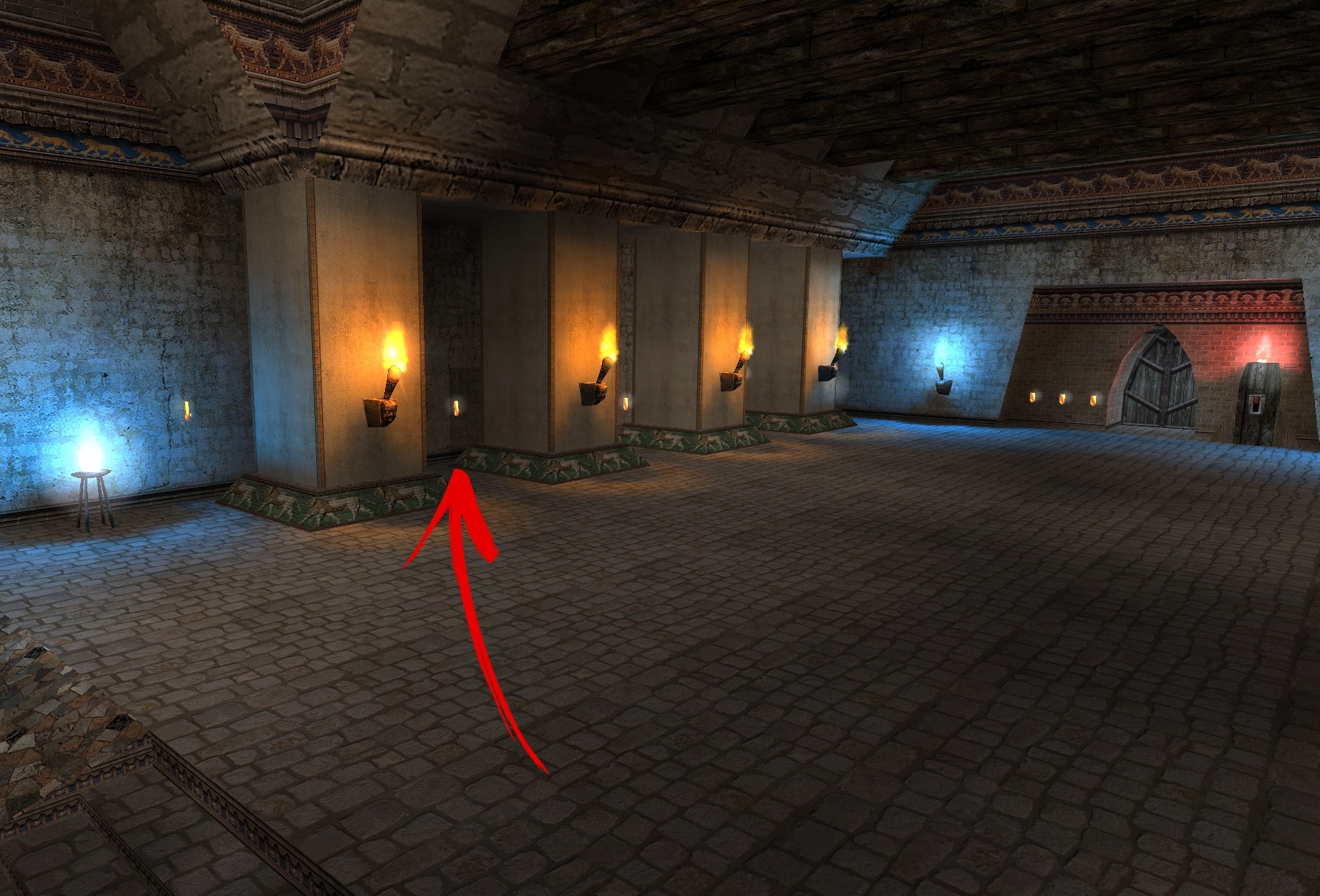 In the watery area where you get the laser; hop in the water on the right side of the building exit to find a dark spot on the wall. Teach it some manners. 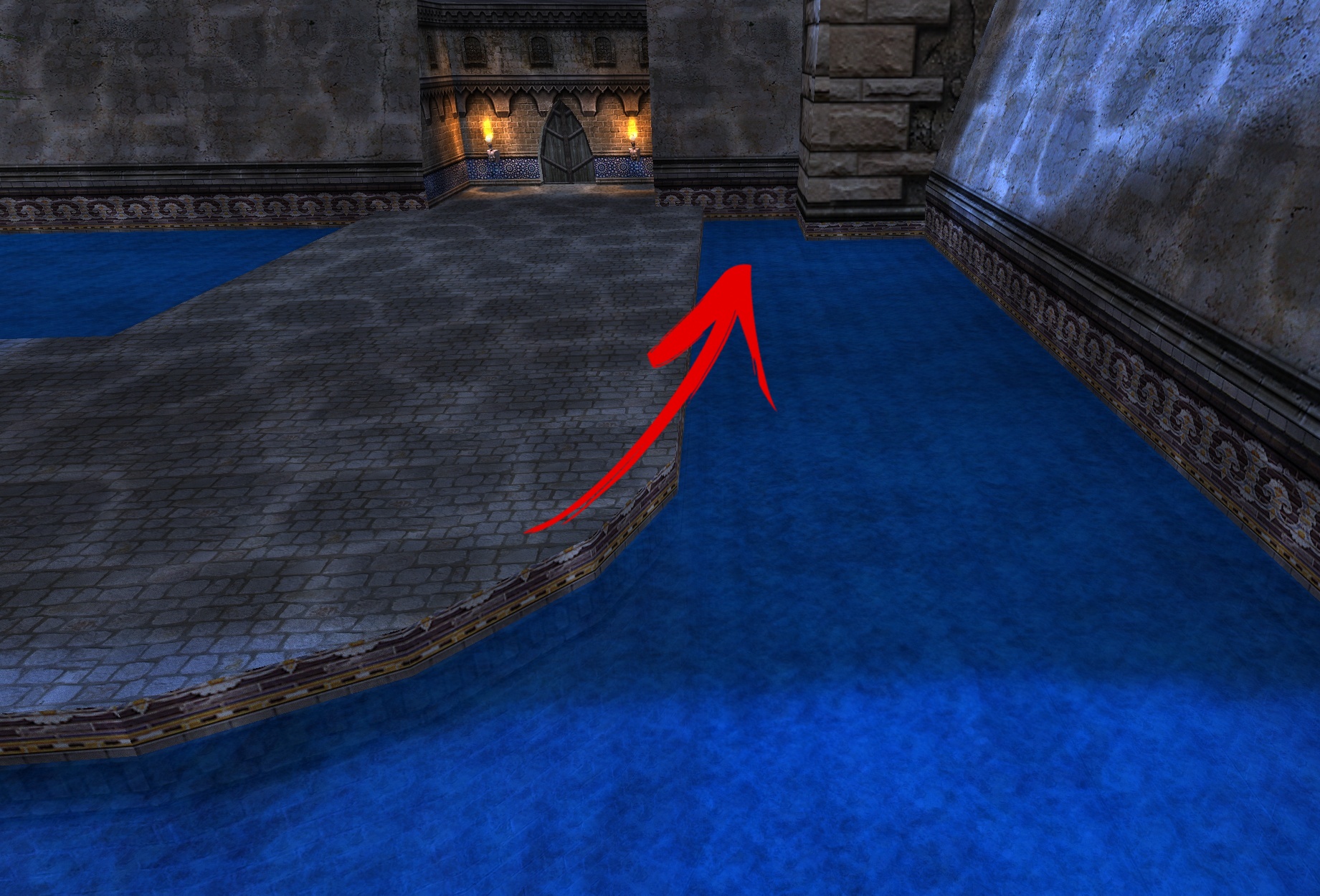 In the building after the previous secret are two slopes. Between them is a forked corridor with a dark spot on the end of the right fork. You know what to do. 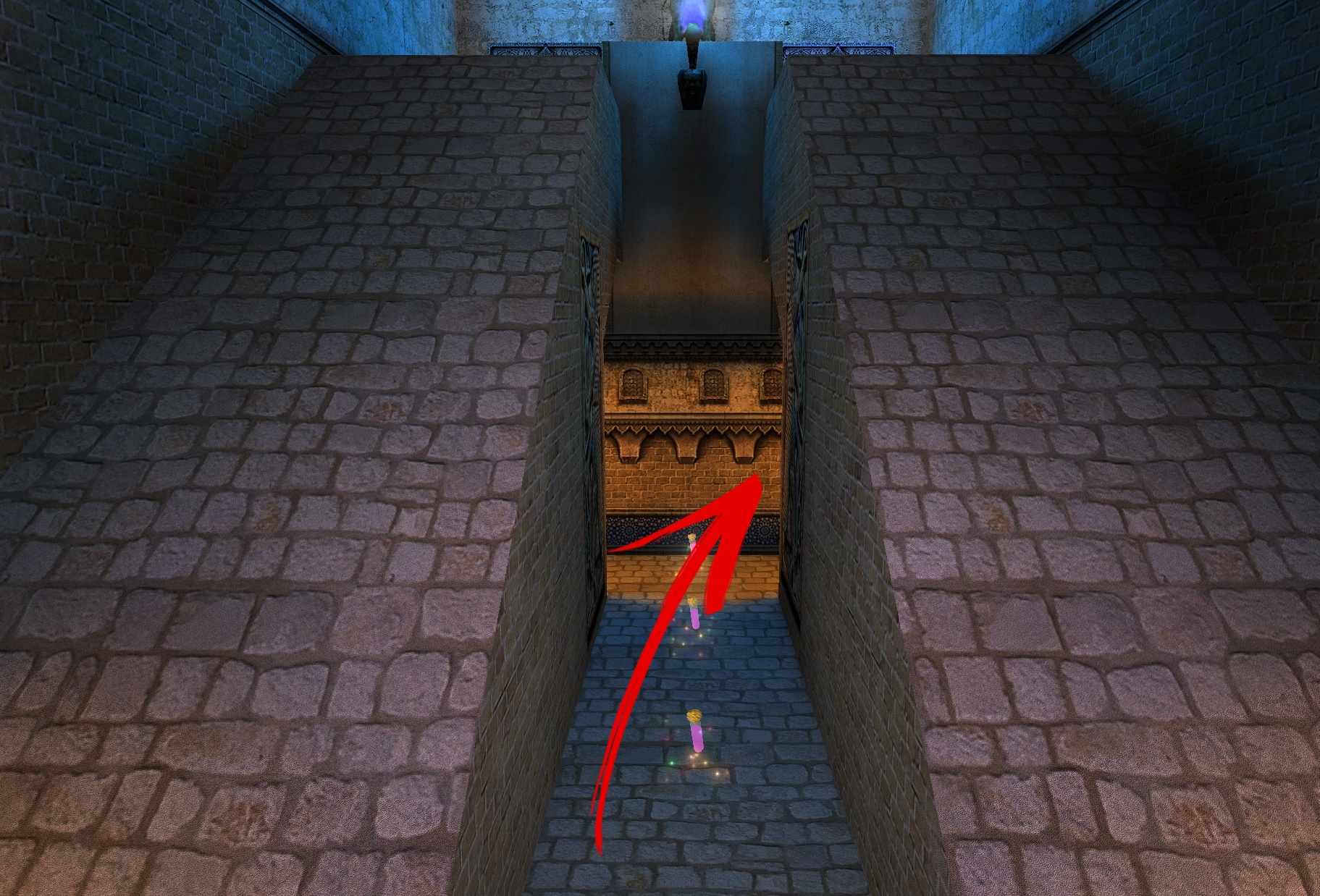 In the residential area after the laser is a hole behind the house in the right corner from where you enter. Go behind it for a secret item. 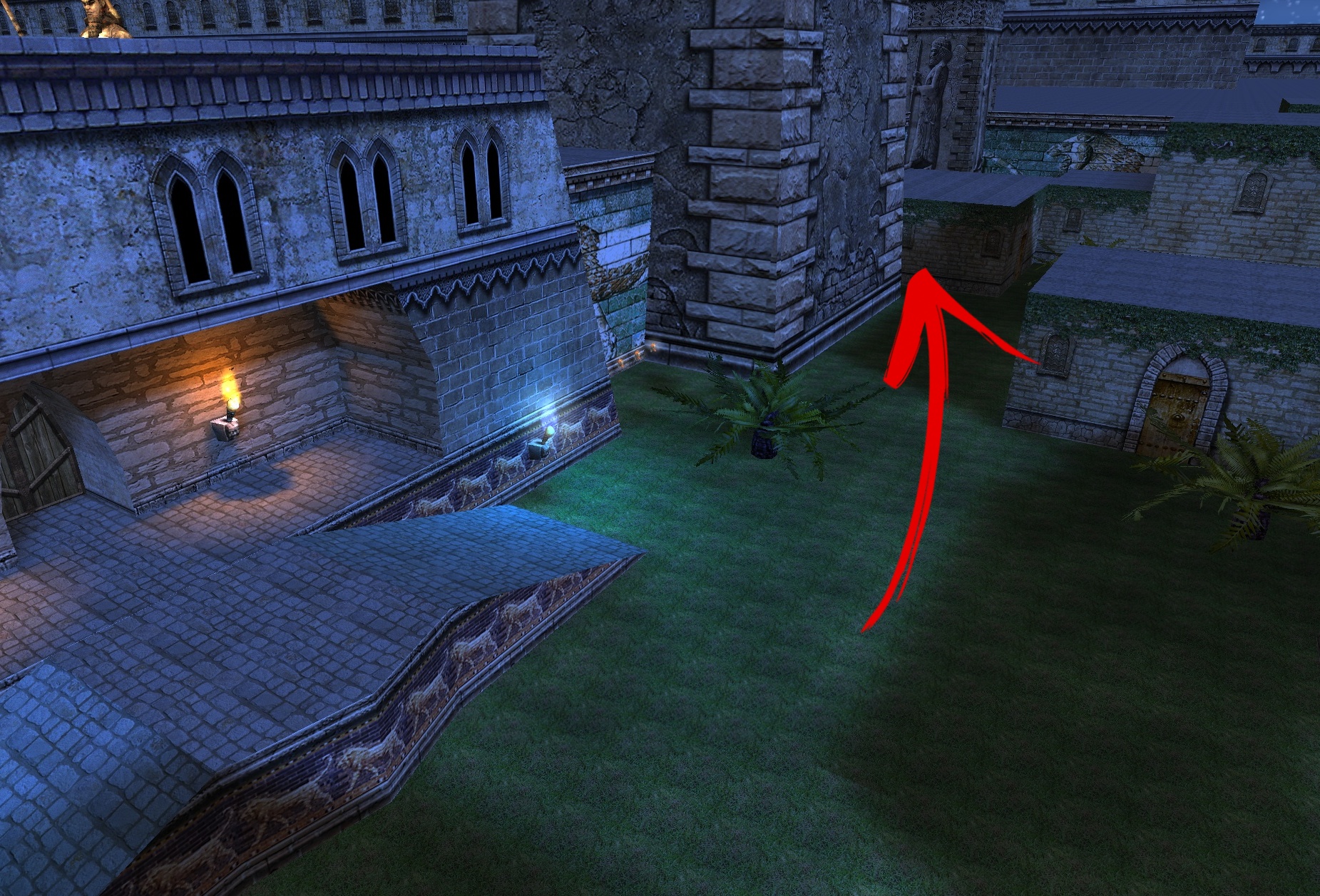 After getting the minigun (for real) you’ll transition to an area with a pool. Next to the pillar on the residential side is a small path leading to a secret. 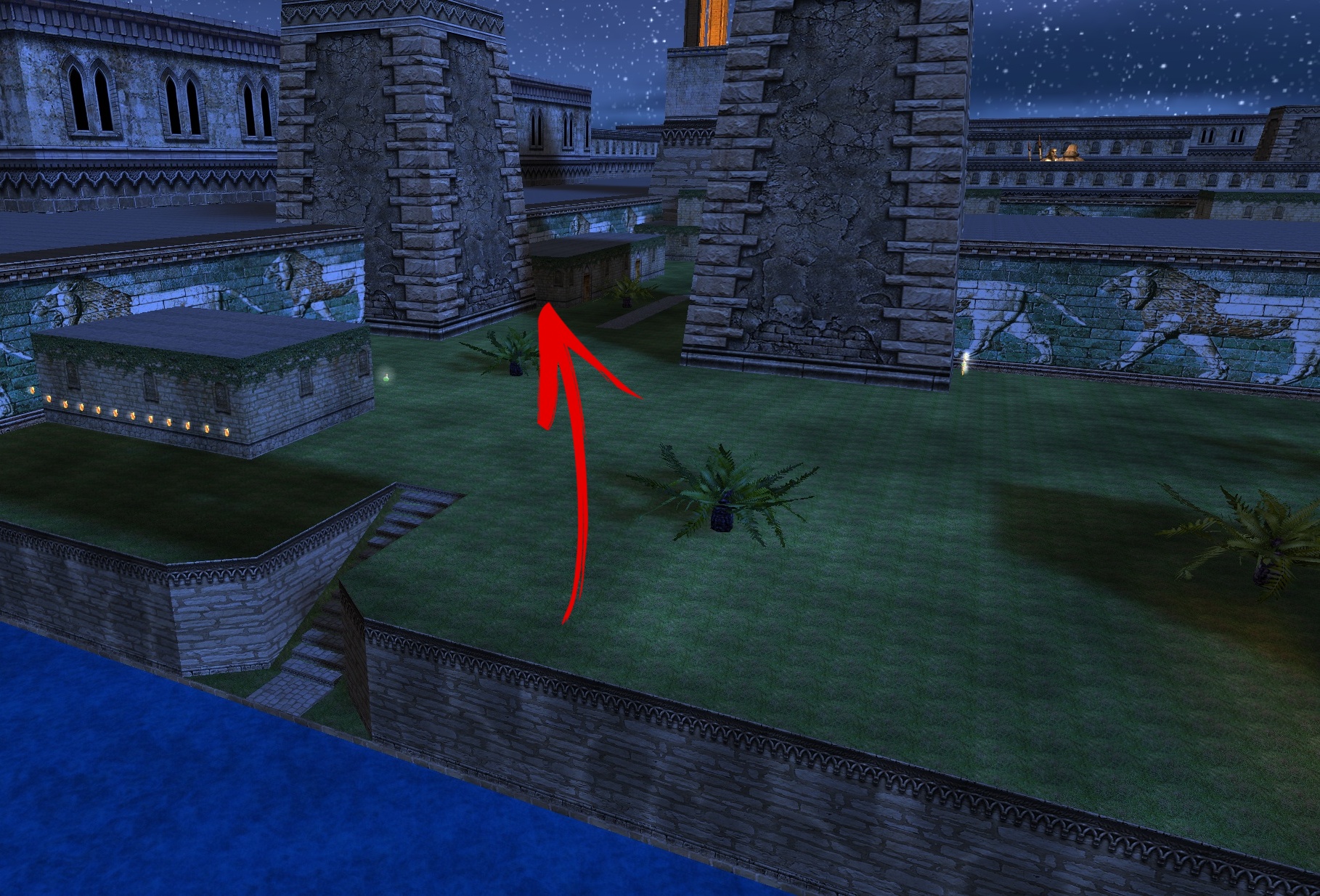 After you get the cannon there’s one last door in the central yard you haven’t been to. At some point there’s a room with three stairs (one upper and two lower). Next to the upper stairs is a hole in the wall. 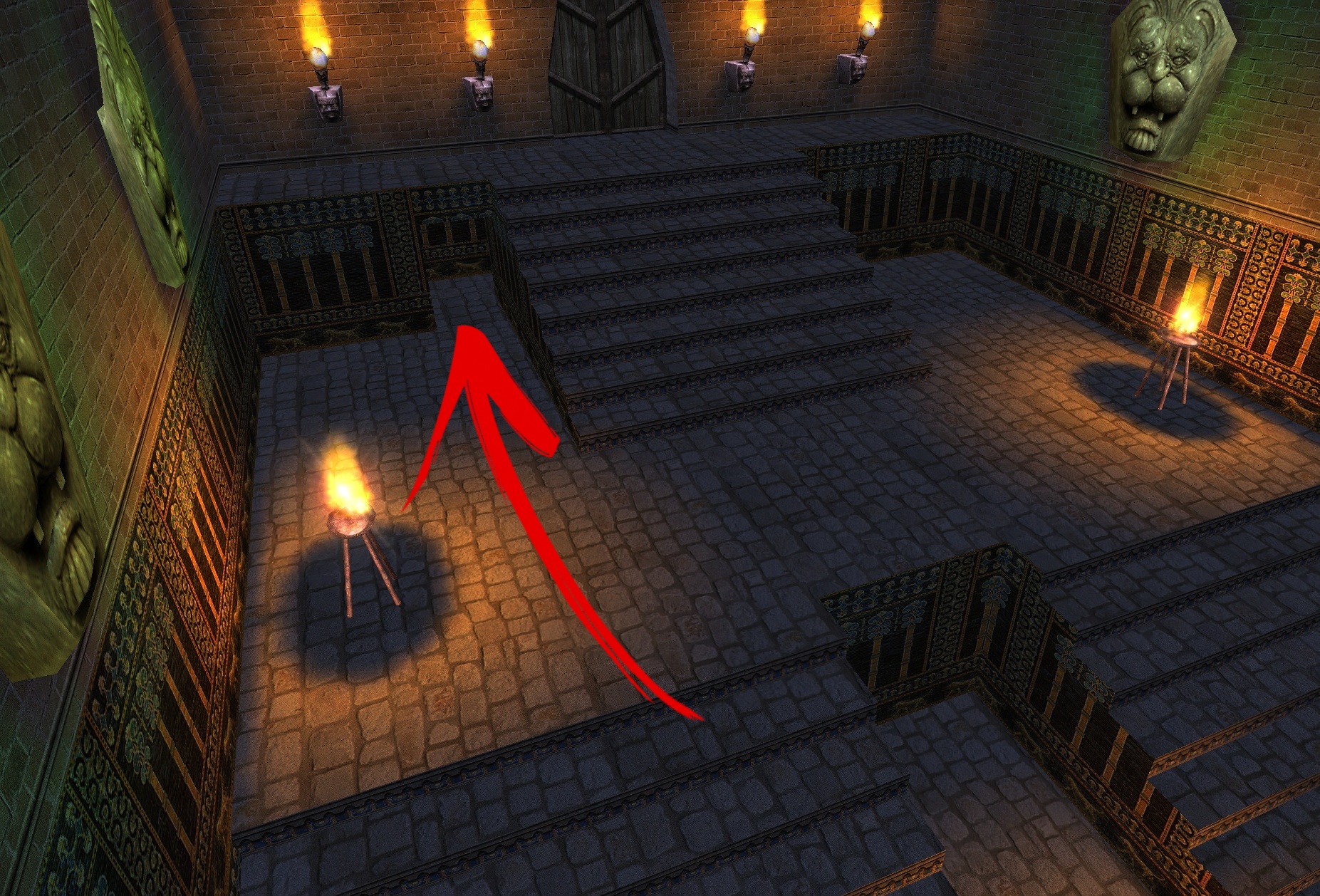 After finally reaching the big building there’s a corridor with pulsating pink-red light. After the first pillar on the right side is a small hole you can crawl through to find the final secret. 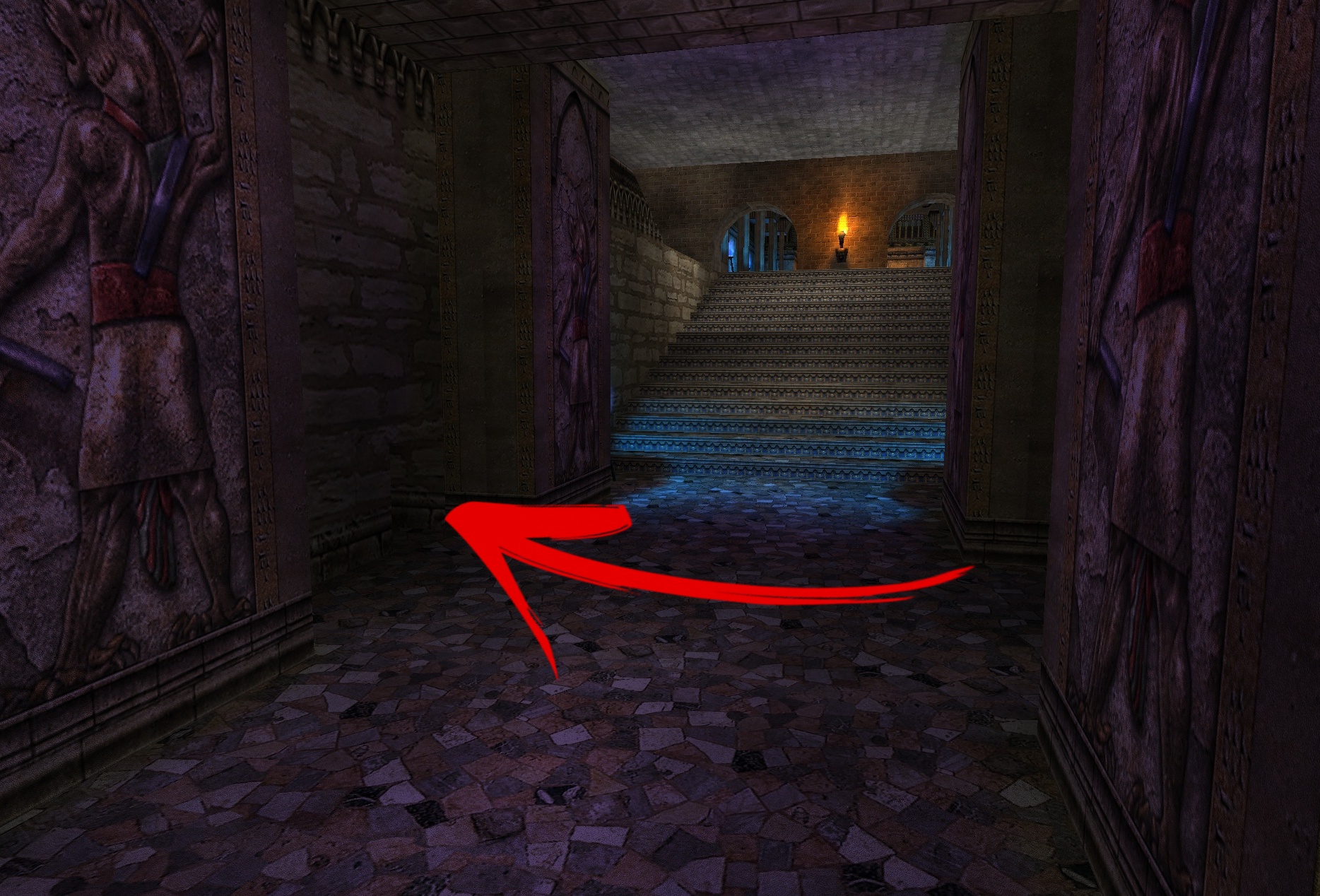 There are a few easter eggs to find that aren’t included in the secrets tally. I’ll show only one: 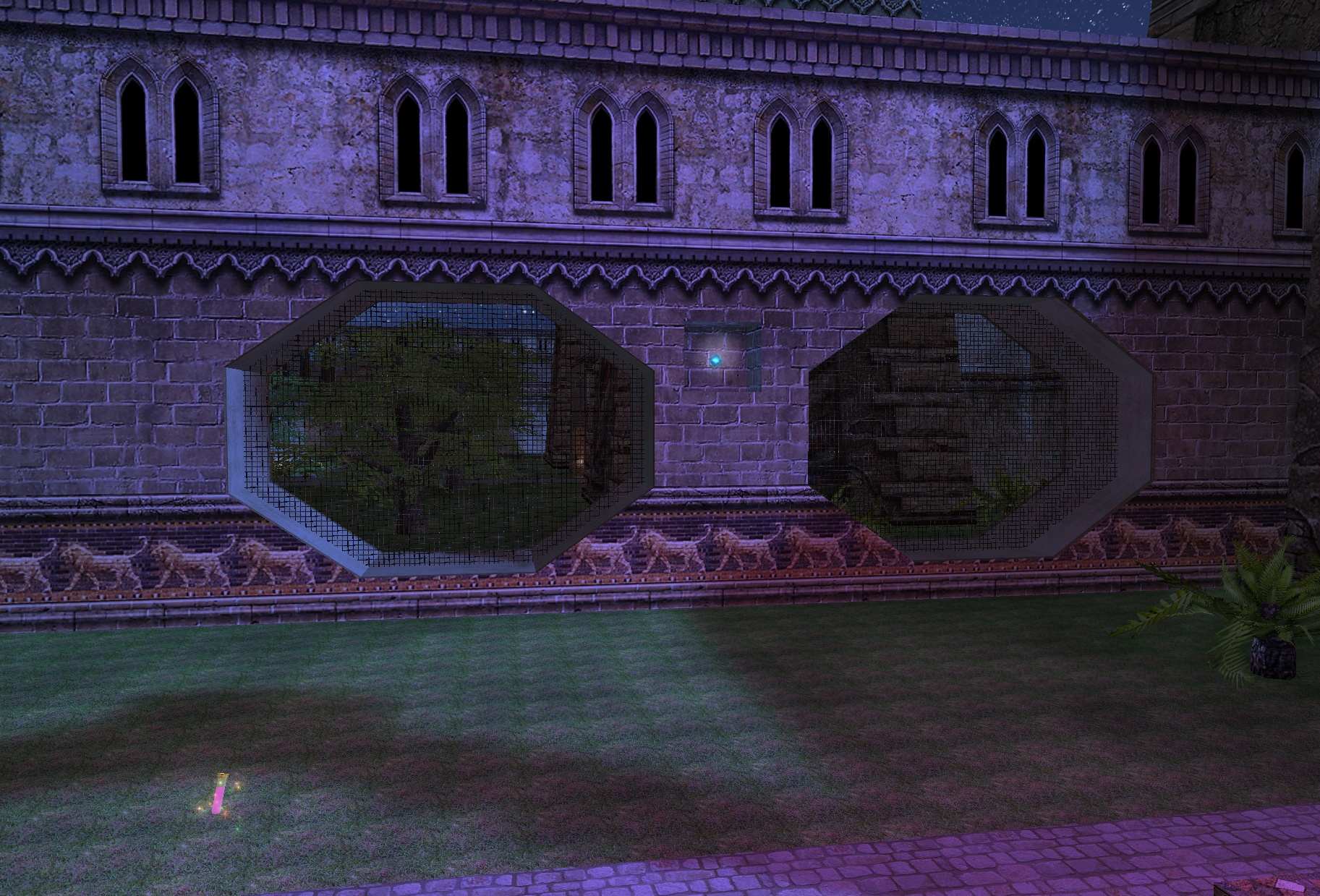 You can use a slope jump (run up the slope at the edge and jump at the apex to gain extra momentum and turn towards the hole) or a rocket jump to collect it.

Hope you enjoy the post for Serious Sam Classics: Revolution Ir-Kalla Demo II: Babylon Secrets Guide, If you think we should update the post or something is wrong please let us know via comment and we will fix it how fast as possible! Thank you and have a great day!