This part concerns Rocket League Steam-players, but also Epic Games-players that have Steam running in the background

Steam is a feature-rich client, but uses a build-in “General Controller Settings” tool which adds controller support for many games that don’t support it out of the box and let’s you do a lot of customizations (like remapping), which makes it a handy and useful tool in many cases.

However, using the “General Controller Settings” while playing Rocket League, adds a significant amount of input-lag and can also cause the game to register double inputs. The good news is Psyonix has developed Rocket League with controllers in mind. So when a controller gets plugged in or paired, Rocket League almost instantly recognizes the controller.

Rocket League supports most controllers by default, so Steam input is not needed. Restart Steam.
To check if it’s disabled, Right click Rocket League -> Manage -> and if there are no options regarding controller settings in this menu you did it right. Continue with step 2.

2. How to disable Steam Controller Support globally and when not gaming (desktop).
Go to your Steam Settings -> Controller support -> General controller settings -> disable all checkmarks, confirm and restart Steam.

To double-check if you did it right: go to Settings -> Controller support -> Desktop Configuration. You should get a message your configuration support is disabled. (see image below)

Wired vs Wireless use of controllers 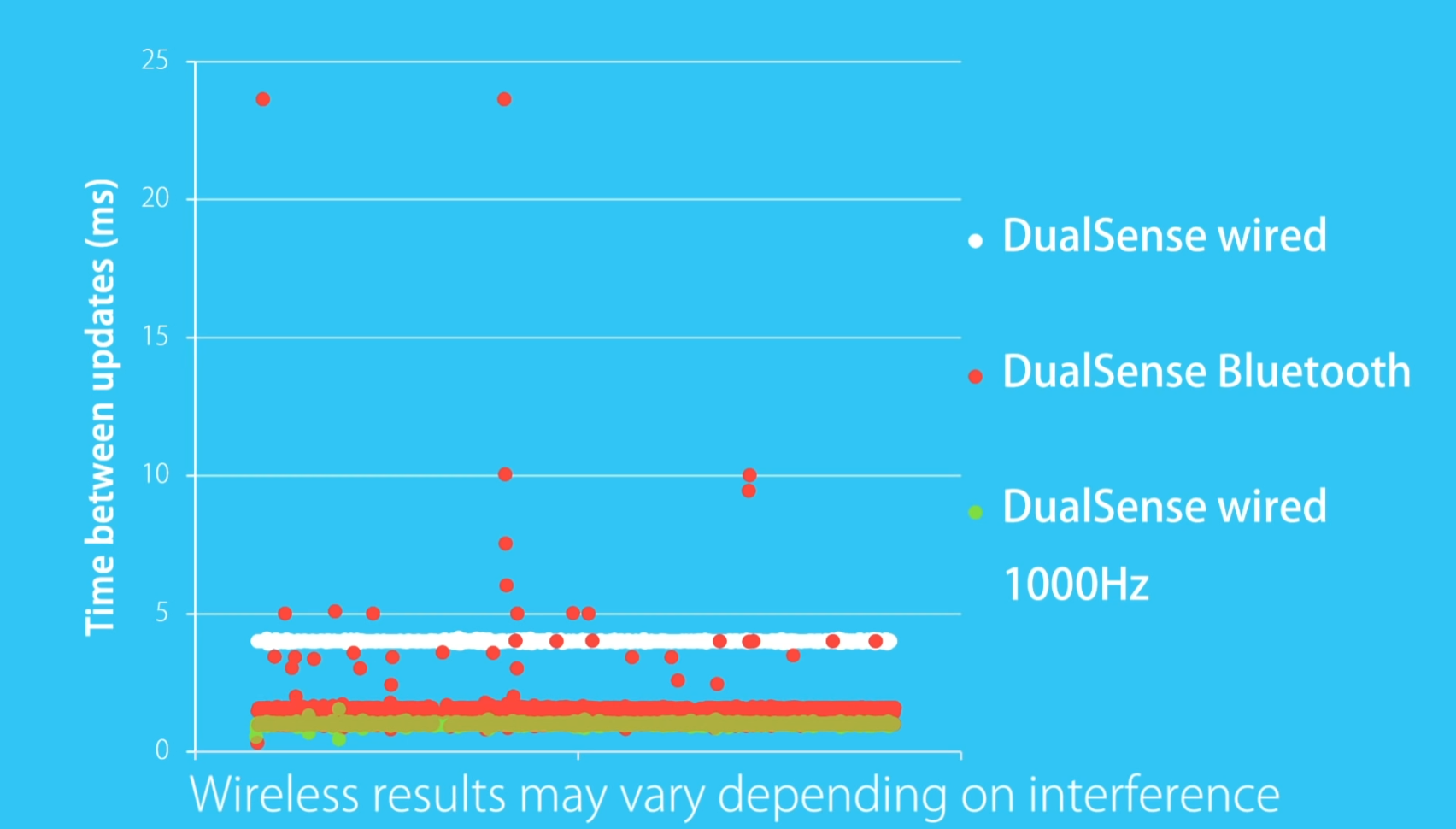 Source: Rocket Science, linked at the end of this guide

For the PC to register the update from the controller a.s.a.p., increasing the polling rate to 1000Hz (1000 times a second) will instantly reduce input lag and increase the input consistency. Result: In the time the controller spits out one update, the PC has already tried to retrieve it 4 times. 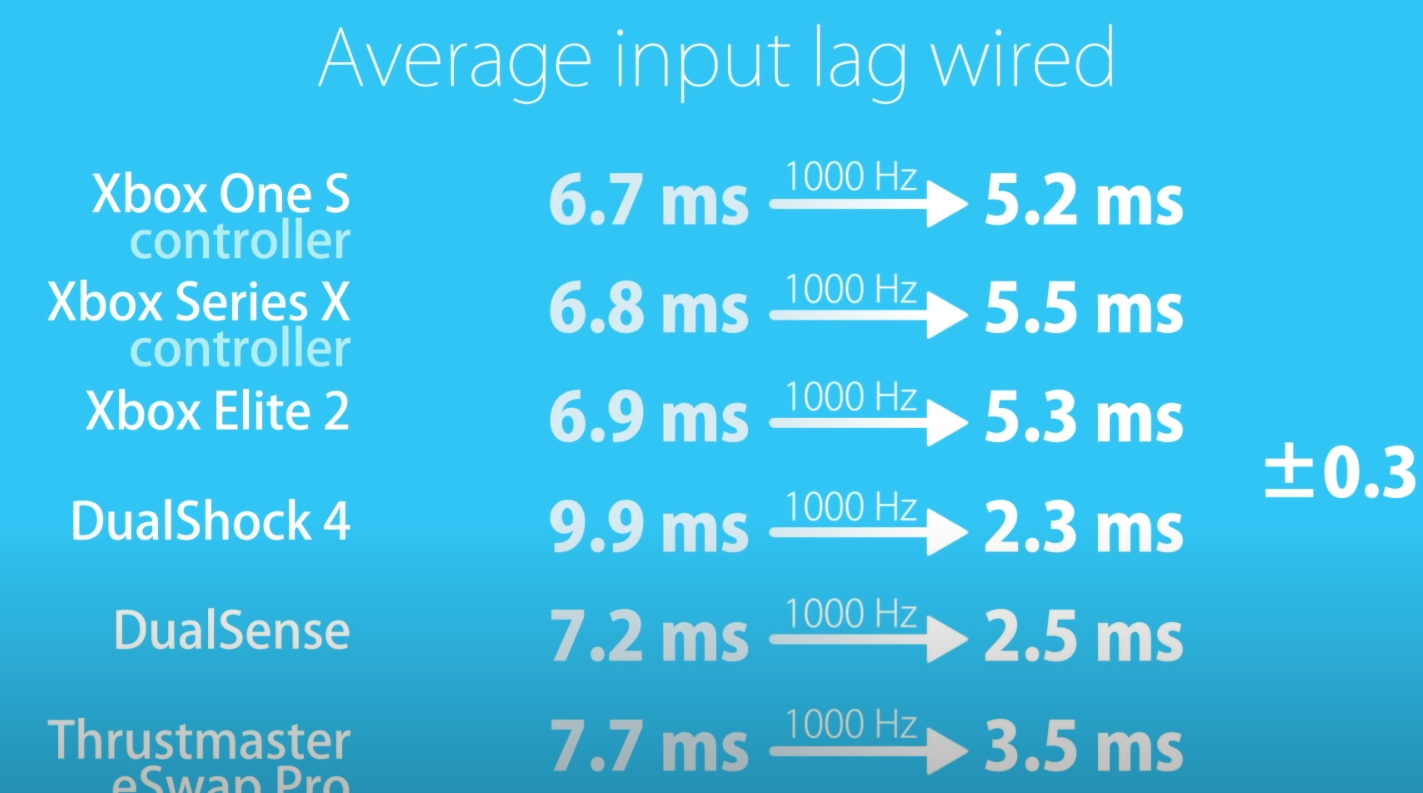 Source: Rocket Science, linked at the end of this guide

How to increase the polling rate for reduced latency
I used a polling rate overclocking tool called Hidusbf from LordOfMice. This tool is mainly used for mice, but can also be used for controllers.

A. First off, download the latest version of Hidusbf using this github.com – https://github.com/LordOfMice/hidusbf from GitHub. Then extract the package to a place where you don’t accidentally delete it. (It functions as the tool’s program directory)

B. In the DRIVER folder found in the extracted folder, you’ll find the setup.exe, which starts the tool. I would recommend to make a shortcut of the setup.exe to your desktop or start menu, so you can easily check if you’re still using your custom polling rate. (Right click setup.exe -> “Add shortcut to desktop” and/or “Pin to start”) I then renamed the shortcut to “polling rate overclocker” for my own convenience.

C. Run the tool by double clicking the setup.exe. After the tool has started and opened up a new window (see picture above), look at the top left and choose the select all option and select your controller.
Determine which entry resembles your controller by disconnecting and connecting your controller. It should appear in the list when connected.

D. When you selected your controller, check the “filter on device” box -> click on Default to the right of it and select 1000Hz and finally click on install service. Wait a moment. Click restart and check the “Rate” & “Filter?” columns corresponding to row your controller is on. The “Rate” value should be “1000” and the “Filter?” value should be “Yes”.

And you’re done, your PC now requests an update from your controller a thousand times a second.

Your custom or overclocked polling rate should survive computer restarts, but I noticed that it got reset after a Windows update. So check your polling rate every once in a while.

Most games are optimized for a max polling rate of 1000Hz. I personally use the Dualsense controller with 8000Hz and Rocket League runs fine. But if your pc barely runs Rocket League, it’s not recommended to use an effective 8000Hz polling rate, as it could introduce performance issues.

Would you like to see something added to this guide or see something that could be improved? Let me know in the comments and I’ll gladly add a section or change any mistakes I made.

Reaching more players
Don’t forget to like this guide if it was helpful and feel free to share it with your friends.

Anyway, I never made a guide and wanted to share something with the community. Have fun playing and I’ll see you on the field!

My game doesn’t run as good as it did before after these fixes
First, Apply default Polling Rate using the overclocking tool for your controller, disable filter checkmark and press install service. After that, delete the whole map which you extracted during first setup. Restart your computer. Check if issue is resolved.

That’s it, everything from my guide is uninstalled or reset.

!!!be careful !!! If the issue is still there, it probably doesn’t have anything to do with this guide, but if you think it’s due to Steam’s settings, you could delete all files except the Steam.exe and Steamapps folder in your Steam directory and run Steam.exe to install Steam from scratch again while keeping your downloaded games.

Hope you enjoy the post for Rocket League Ultimate Guide: Reduce controller input-lag & Increase controller input-consistency, If you think we should update the post or something is wrong please let us know via comment and we will fix it how fast as possible! Thank you and have a great day!