Covers less-obvious mechanics in Primitier beyond what Drischa’s basic guide will teach you.

Hello! This guide is intended to be a supplement to Drischa’s Primitier Basics Guide – [steamcommunity.com] , so go read that first if you haven’t. Additionally, this guide will assume that you have already started up the game and messed around for a little while.

Primitier is a deceptively simple looking game; the trailer inspires players to explore and I hope you’ll do the same, but many mechanics in it are very subtle and aren’t things players would encounter during normal gameplay. This guide is a collection of the mechanics as of 1.2.1 that you would not normally learn without deliberate experimentation or scrolling through Primitier videos. Many of these methods are best explained through visual examples, and in order to not fill the page with slow loading gifs each section features a youtube embed. 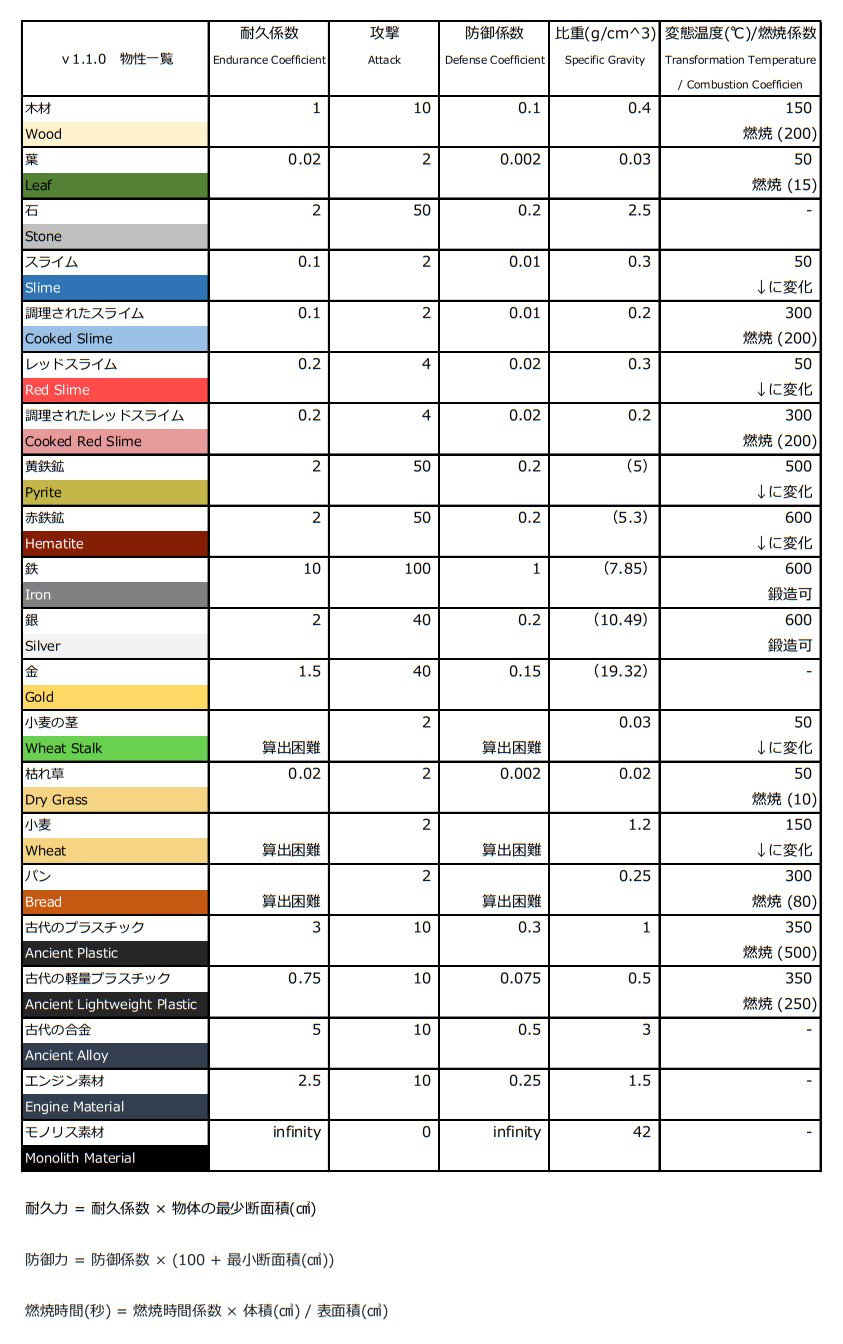 Don’t be intimidated by the Japanese, this chart for Primitier 1.1.0 is a collection of data gathered on the physical properties of blocks by Clow_Akihito on twitter. Use this for easy comparison to determine what blocks you should use for builds; for example I might not make an oven out of ancient plastic because it burns at 500 degrees, but the heavier ancient alloy below it doesn’t combust at any temperature.

Besides being minor annoyances, slimes are able to serve a variety of purposes in contraptions. Slimes move by applying force on blocks touching it opposite of the direction it wants to go, so by attaching a small buffer block between the slime and a piece of food, you can create a way to consistently apply force in a desired direction. What’s more so, the amount of force is directly proportional to the size of the slime.

When growing slimes know that the amount of size the slime gains is directly related to how much mass you feed it, not volume. This means that both the wheat block below and the dry grass block provide the same amount of nutrition since they’re both 0.6kg, despite the leaf block being much bigger. 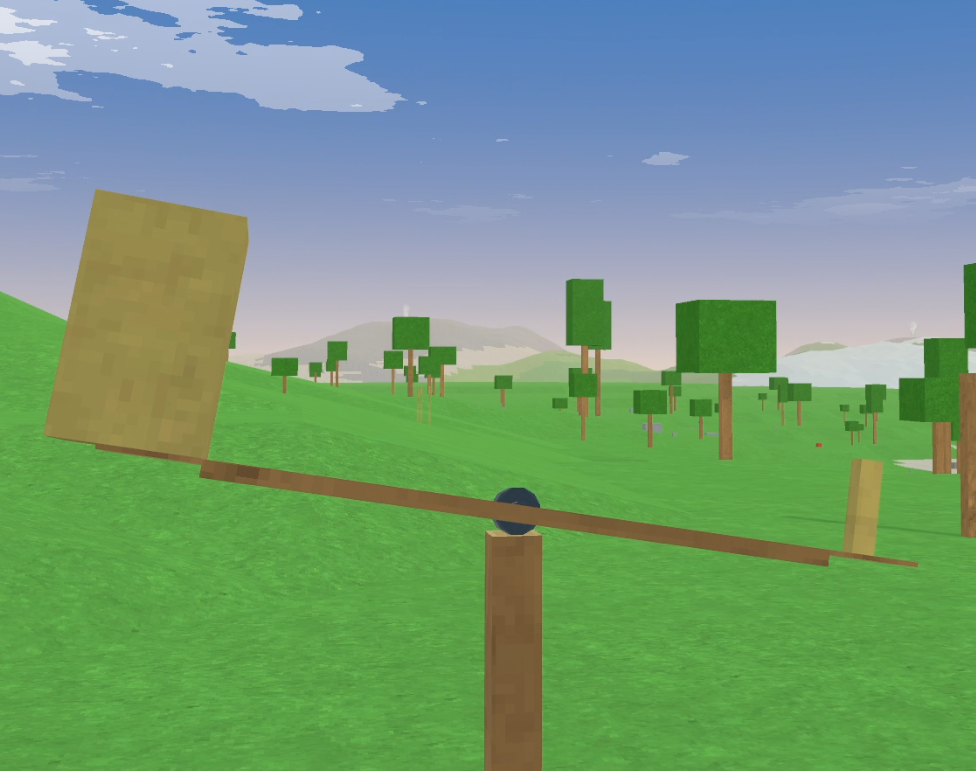 One of the first things you’ll do in Primitier is start a fire and forge your first hematite into iron. Chances are, you also ended up with a big flat sheet of iron that you banged against a rock until you managed to get something that looked usable.

What you can do instead of hammering one side is turn the iron and hit other surfaces to create more usable shapes. After that’s done, take your iron and stick it into water for a bit to turn it back into hematite. Hematite’s defense value is several times lower than iron’s, so you can now easily break off however much you wish to use before reheating it back into iron. 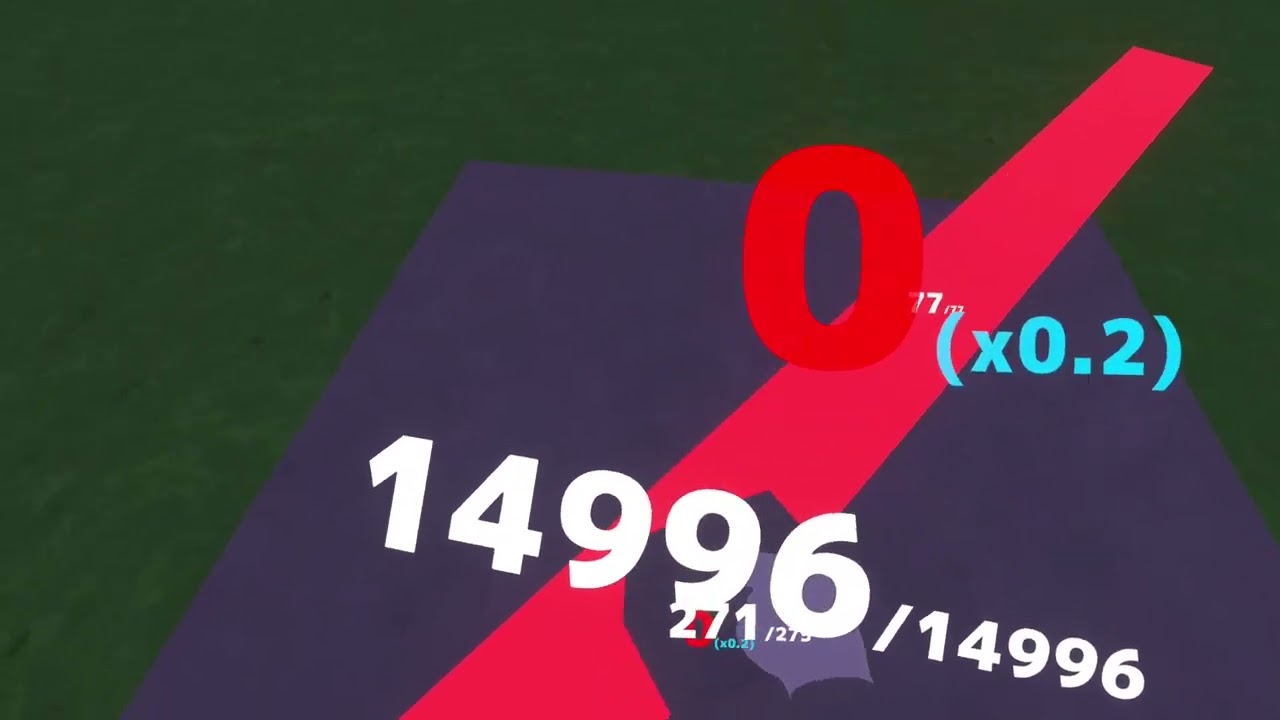 Those bearings that fall from drones when you destroy them have two parts; an axle and a wheel. Thanks to them being zero friction, they will be invaluable for building just about anything in this game. With some very careful cutting, you can destroy either the axle or the wheel in order to grab just the piece of the bearing you want to work with. This is very useful because axles and wheels have no collision with each other.

Collect 3 axles and you can connect them into a rod. By grabbing the axle extending from an engine, you can temporarily pull the axle sideways out of the engine and connect the rod you made in order to make a double sided engine. Very useful for making vehicles.

Finally, to produce an infinite amount of energy connect two engines together by their axles and place a block that doesn’t burn connecting them, such as a piece of stone. Apply a little heat and one of the two engines will keep gaining temperature until it reaches the cap (9999° C). To swap which engine is producing crazy heat, just place a block on the opposite one. 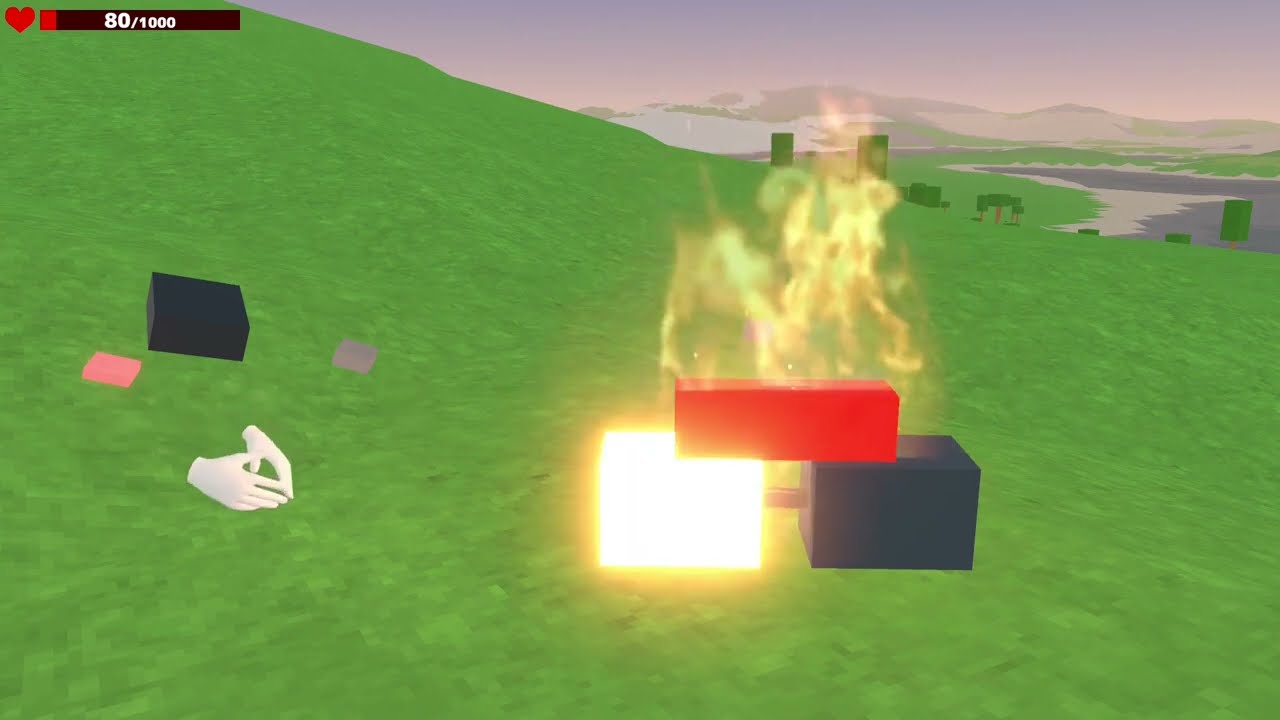 Primitier features a very nice wind and lift system, and thanks to the extremely light leaf blocks you can make a variety of planes. As you can probably expect, using thinner blocks is always better thanks to its lower weight. What’s less obvious however, is that Primitier does not check how much space is available above and below a leaf block when determining how slow it should be falling. This means you can stack multiple “wings” directly on top of one another and generate far more lift than you normally could with just one single leaf.

As for Primitier’s wind, the amount of force is directly related to how far you are off of the ground. In the example below you’ll notice how the windmill I make doesn’t twirl much at all when placed on the ground, but when I placed it hanging over the cliff it spins rapidly without any input from me. For this reason, consider setting up airplanes to launch off natural cliffs or the top of the giant tree you spawn next to. 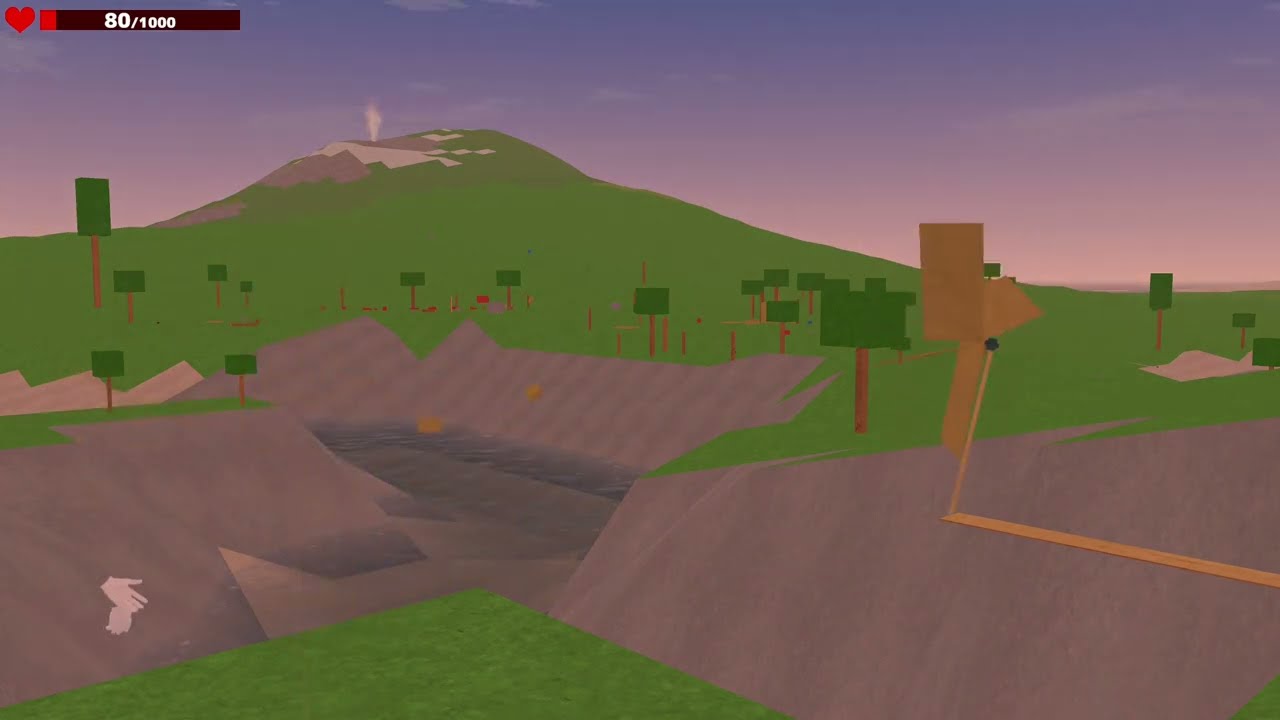 Most importantly of all, frustration is the name of the game. Inventing, experimenting, and learning are all processes inherently tied to repeated failure. There will be many times where something works in your head but in practice it ends up impractical or even worse, impossible. Don’t be discouraged and keep trying new things!

Thank you for reading this guide, I hope you learned at least a few things that will inspire you to make all sorts of stuff. If you want further inspiration, be sure to watch any of Eeru’s many videos – [youtube.com]  or alternatively scroll through the Primitier hashtag on twitter – [twitter.com] . Those are the two sources where I learned everything found in this guide.

If there is anyone who feels like they should be credited, has an idea for something I should add to the guide, or wishes to provide a Japanese translation reach out to me however you like. I look forward to seeing what everyone creates.

This is all for Primitier Basic Mechanics in Primitier hope you enjoy the post. If you believe we forget or we should update the post please let us know via comment, we will try our best to fix how fast is possible! Have a great day!