Because winning as the infected is still currently 95% effective against randoms, here is another “character”

Leave me alone please, I’d like to watch tv.

After countless years of attempting entertainment to people who simply laughed at him in all the wrong ways, Mr. War Giggles Sr. became disgruntled. After becoming infected however rage was built to the point of slaughtering civilians left, right, and center. Now he just wants to be left alone with idle thoughts watching his imaginary television. Until…


Note: I’m a firm believer in playing the game the meta way in the early stages so updates will make for a better balance experience. This is one with minimum effort.


Step 1: For intermediate infected players and higher only. Recommend three hours of play before using this character properly.


Step 2: Buy and equip the War Clowny infected skin as well as either mallet. Choose the jump kill animation so all of your combined weight and mass pummels your opponents into fine powder.

Bear traps are mandatory for a canon win.


Step 3: This is a one specific map character theme, I nicknamed “Survivor Hell” – Step 4: Hold down the D key or whatever key is assigned to move to the rightmost part of the map during the spawn timer. That way no time is wasted on the initial movement. This is your house where the couch and imaginary TV is located. Only divert from this path to guarantee a kill, then resume.


Step 5: Chase away or kill any survivors in here, and check the three white stars located in the image below. 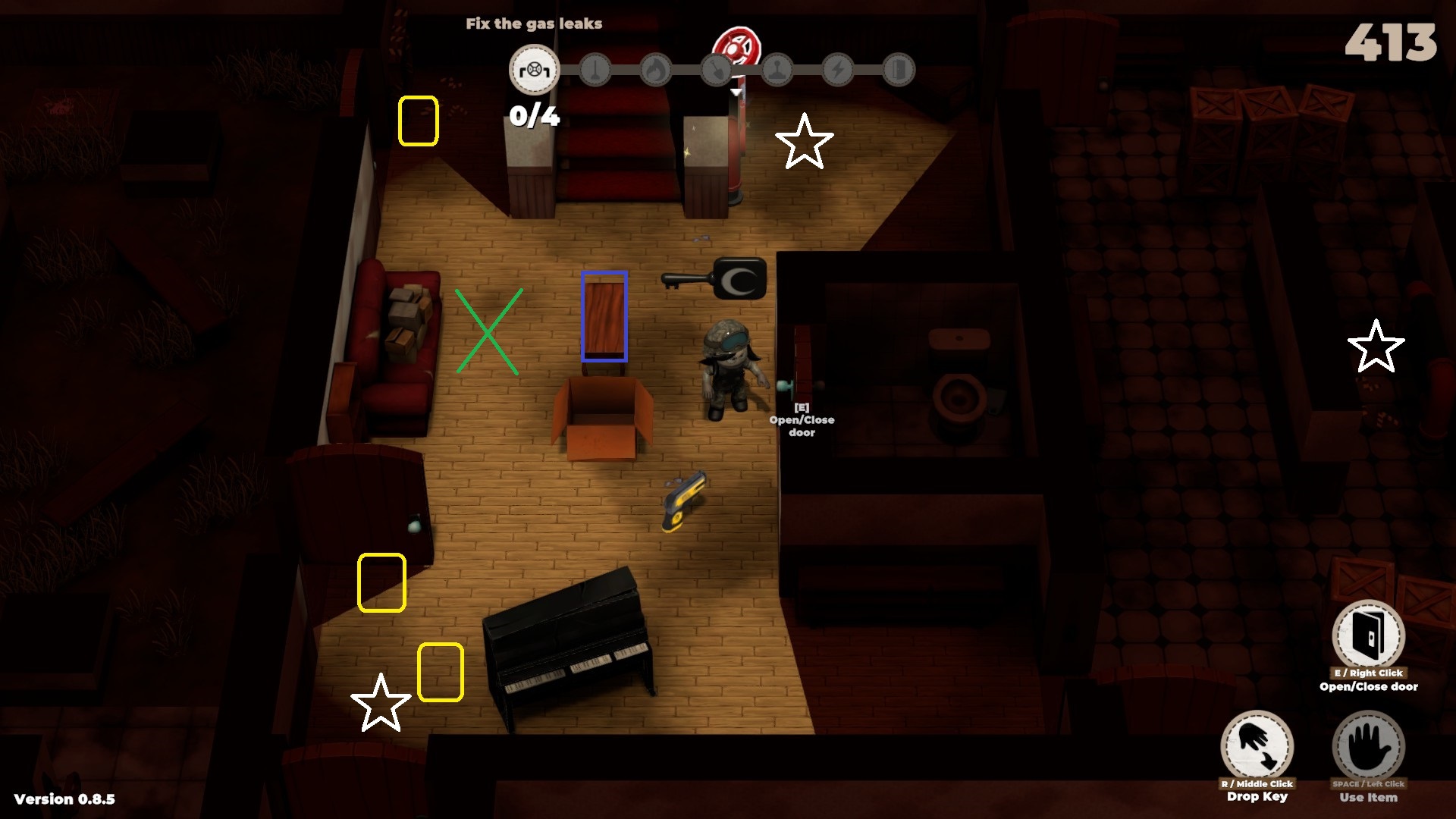 There are 3 valve locations here, with the southern star accessible only with the orange square key.

If one or zero out of the five total valves on this map have been fixed, it is now extremely difficult for a random squad of survivors to win. If two or more valves have already been fixed, proceed to play the infected as you would normally disregarding the rest of the guide.


Step 6: Place bear traps on the indicated yellow curved rectangles. Depending on courage and skill, one of the southern traps is not necessary.


Step 7: Enjoy T.V. The imaginary tv is the blue rectangle watchable from the X spot on the couch. To win properly, you must do this for at least ten seconds and use the bathroom in this house at least once, and go on to win. Bonus points for letting the clock run out instead of absolute slaughlaughter.


Step 8: Not if but when survivors come through the doors, execute or scurry them away, without being baited out of the house. Then return to the conveniently placed couch that happens to be equidistant from the access points. This will look something similar to this- 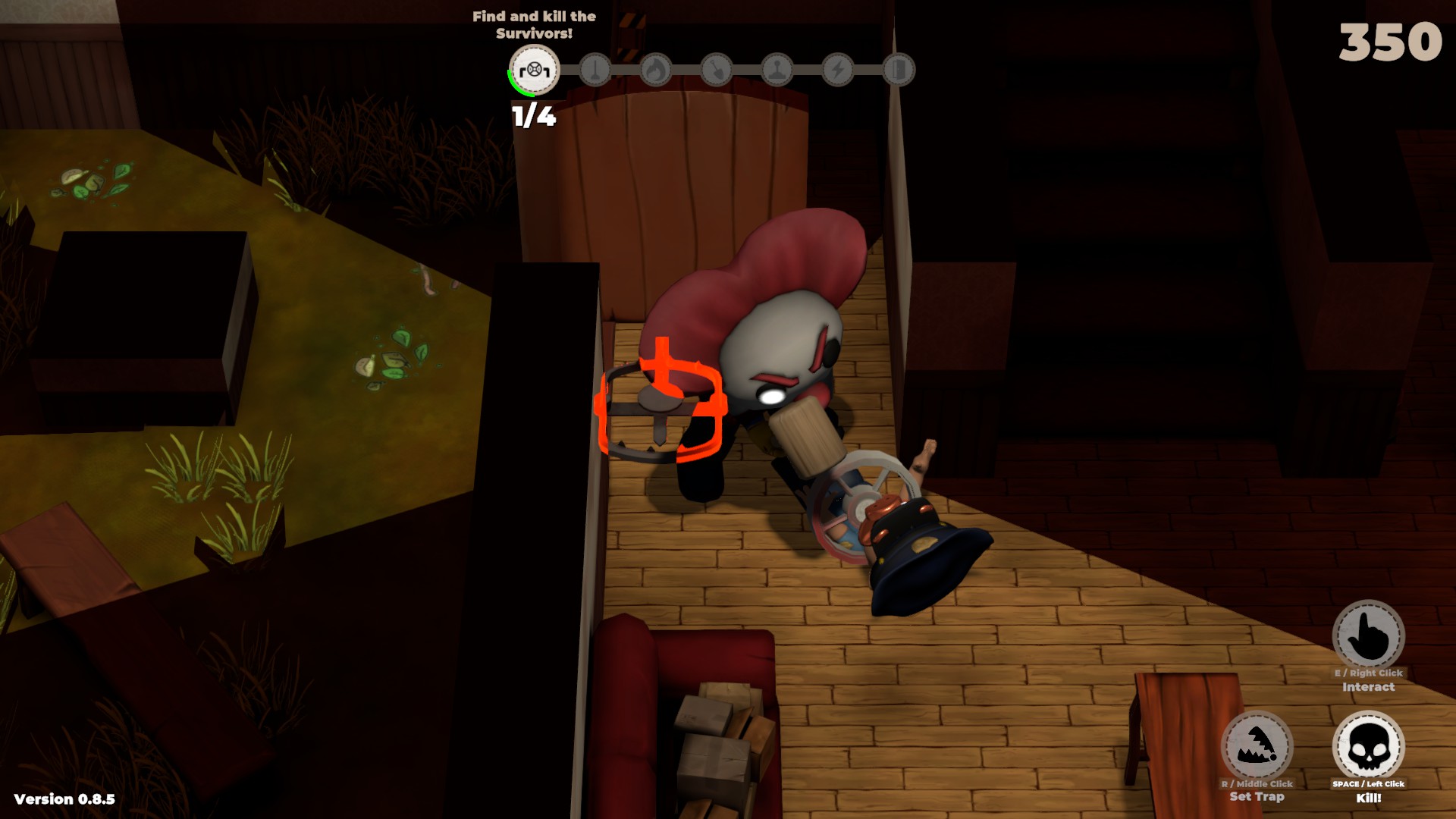 Good luck to the random survivors, since the only possible way to win is to gather a combined, coordinated assault on you by stepping on the bear trap(s), stunning you, getting past you, having enough time to turn the wheel(s) with you being in the same room as them, and pull off a reversal in the other direction without any communication whatsoever….. All while being the very first set of objectives. The same approach to yes meta camp referring to the note can be used with the final key escape.

Hope you enjoy the post for PIGGY: Hunt Mr. War Giggles Sr Gameplay – Achievements Guide, If you think we should update the post or something is wrong please let us know via comment and we will fix it how fast as possible! Thank you and have a great day!