[Not DSOD tested] Howdy there. Do you crave wielding six chambers of absolute stopping power in each of your hands? Do you yearn for a change of pace from your usual Anarchist-Bezerker or Leech-Rifle build? This revolver based build might be for you!

Some answers to questions that you might have regarding this build, before we get into the nitty gritty about the weapons & such.

Do I need Infamy for this build?

This build was made assuming that you’ve gotten at least one level of Infamy, as that will allow you to spread out points more. That, and being fully leveled, is the only requirement to make full use of this build.

Is this build DSOD viable?

This build has not been hard tested for Death Sentence One Down. However, most of the skills within the build cover most bases for a DSOD build, such as Inspire Aced and Nine Lives Aced. The revolvers should also be able to comfortably 1-Tap headshot Heavy Swats once Trigger Happy has been, well, triggered. Theoretically, this build is DSOD viable, but take this with a generous grain of salt.

Do I need to have this DLC?

While having some DLC would be nice, it is understandable if the price tags of most of the DLC deter you. Thankfully, there are non-DLC alternatives within this build which I have listed. As such, DLC is highly optional.

Why not use Akimbo ____s instead of revolvers?

The general idea of this build is to be a Wild West gunslinger, using revolvers to make a getaway with the money bags. So while mag-fed pistols would be nice and be able to benefit from perks like Gun Nut, or akimbo SMGs with Body Expertise can shred through normal cops with less regard to aiming, those are not what this build is focusing on.

The general cowboy build. Should be able to take most akimbo revolvers well, and can take either the 5/7 or (not tested) Angry Tiger. Salt, pepper, and re-allocated skill points to taste. 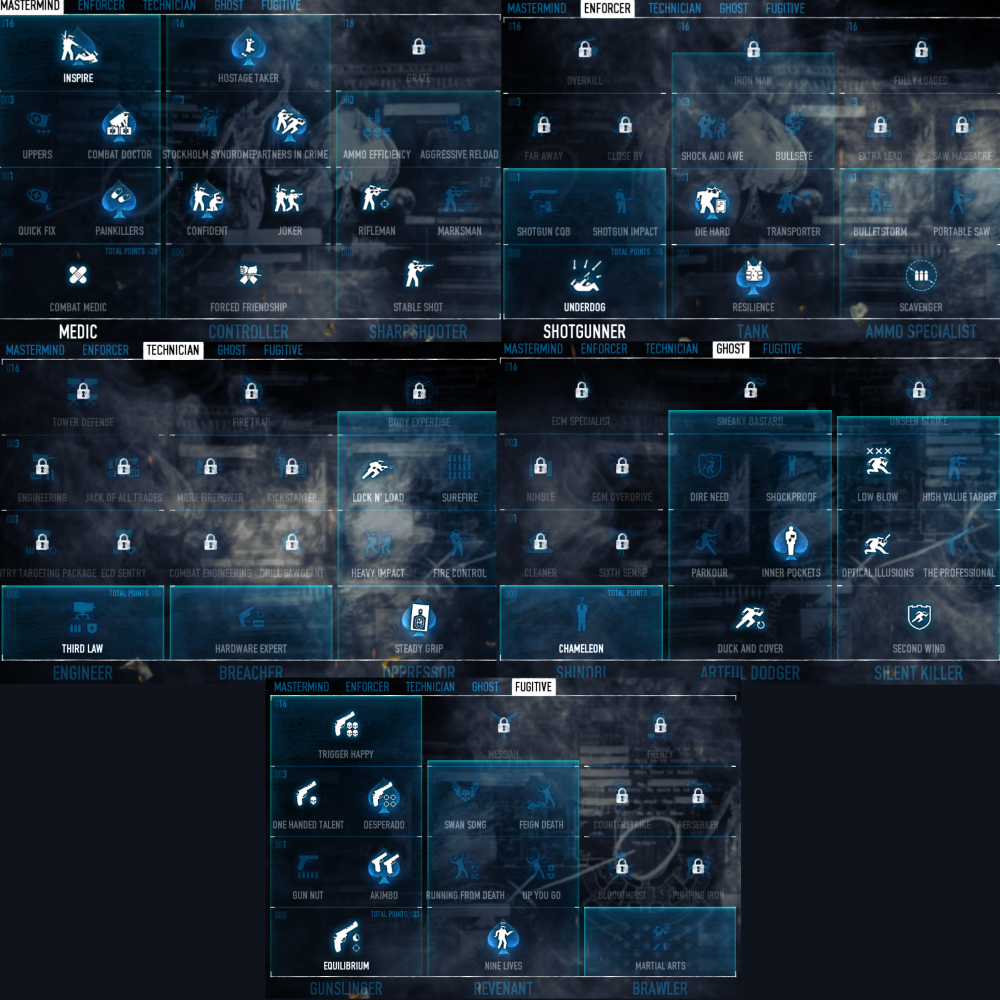 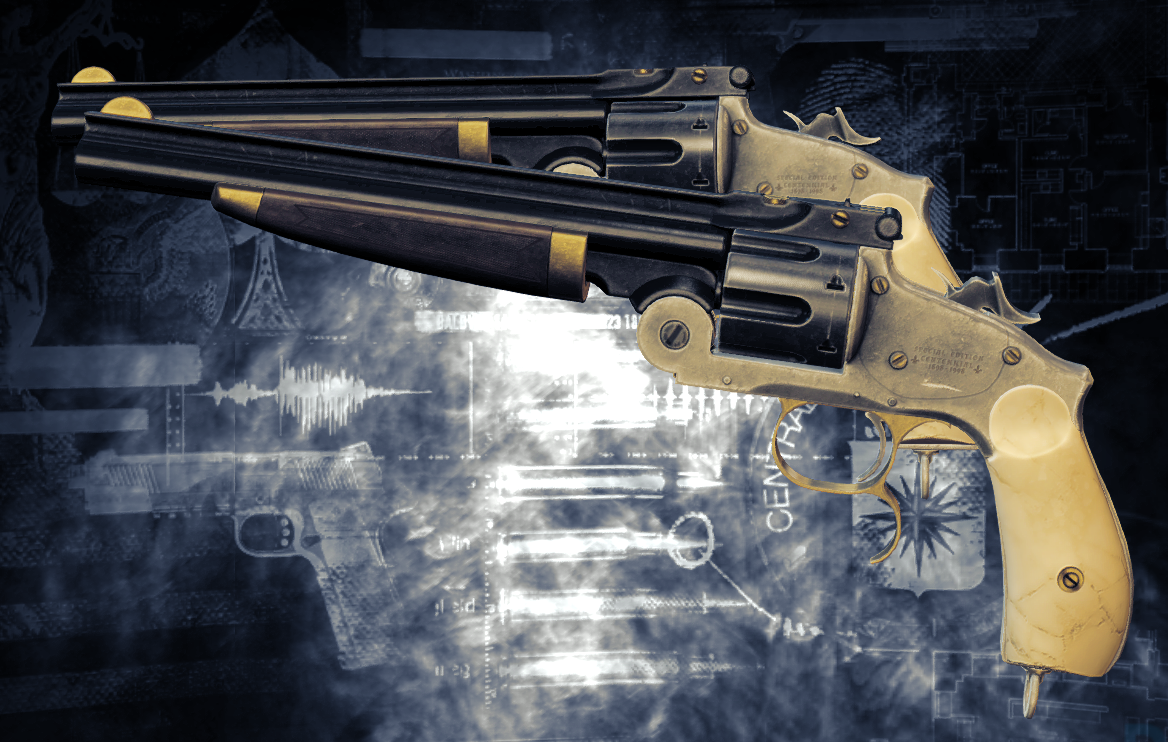 A true set of cowboy revolvers. Based on the Smith & Wesson Model 3, these Akimbo revolvers offer the healthiest ammo economy out of all of the other options and a neat reloading animation. These are my preferred primaries for a gunslinger build, but they are locked behind the Gunslinger Weapon Pack DLC, which is not included with the Legacy Collection Bundle. 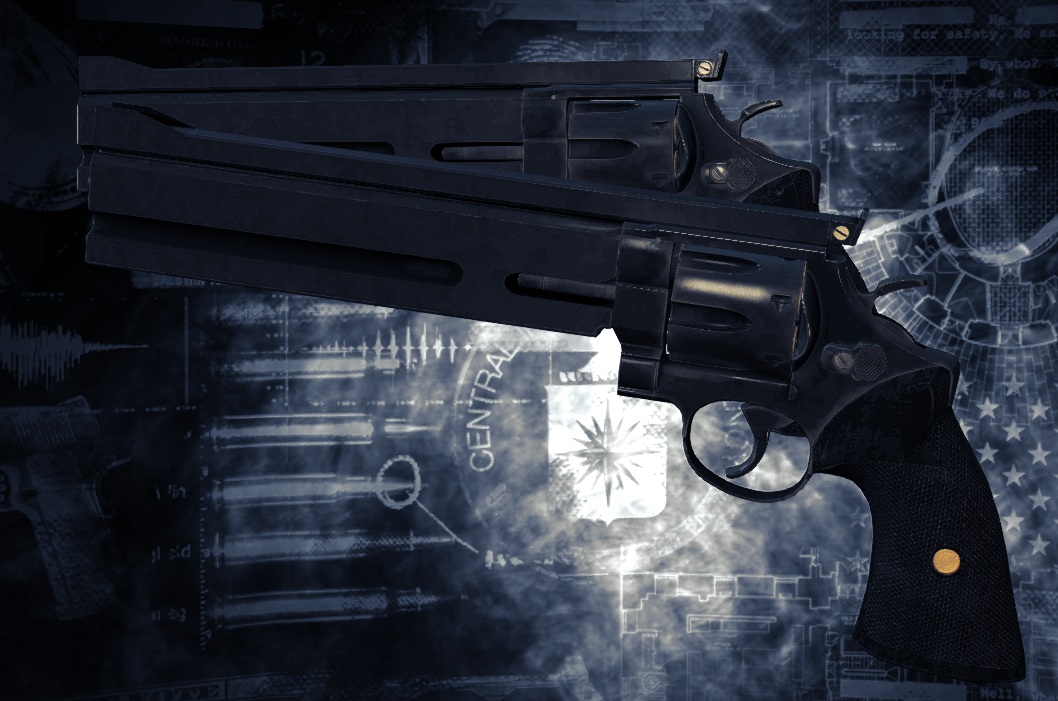 Sangres’ beloved revolver, now in twos. Because good things come in pairs, for sure. These revolvers offer slightly better concealment & higher damage, at the cost of some stability & a hit to ammo capacity and economy. Aside from the Frenchman Revolvers, the Castigos are the best akimbo revolvers you can use. And what’s better, they’re free. 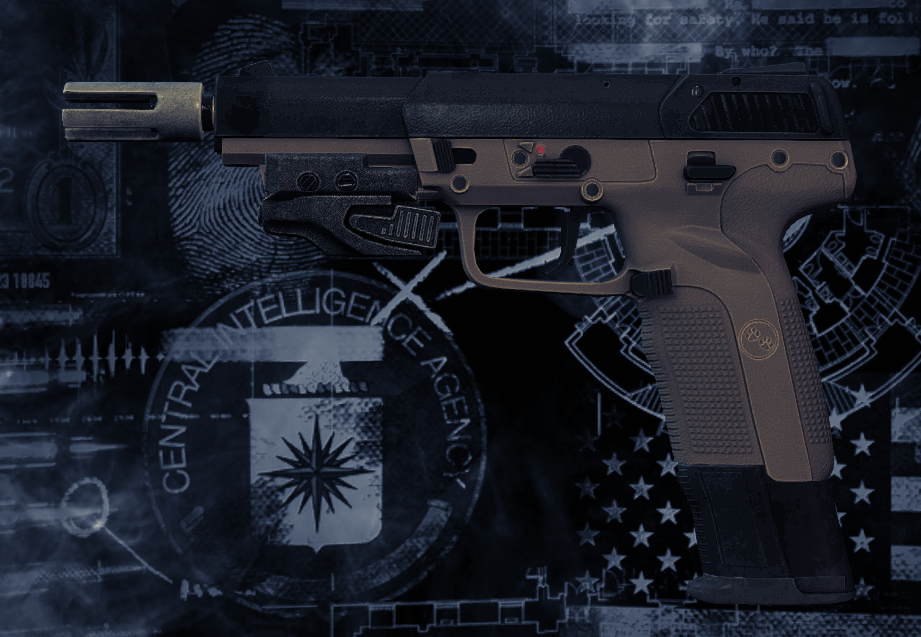 The good ol’ Shield popper. A versatile pistol that boasts decent overall stats, with the selling point being its ability to pierce Shields, body armor, enemies, and thin walls. It also has the ability to equip a silencer, if that is to your fancy. While it isn’t a nice cowboy revolver, having a reliable sidearm to deal with those pesky Shields is much appreciated. And best of all, its free.

As a wise man once said, “Six rounds. No compromise. Any questions? Didn’t think so.” Difference in bullet count aside, the Angry Tiger Revolver is a powerhouse of a revolver, offering the highest base damage of any revolver in the game. More importantly, it also has the ability to pierce Shields and body armor like the 5/7. However, the practicality of this revolver is a bit questionable when compared to its mag-feed predecessor. The damage is more than enough, even wasted, on the run of the mill Shield, and the ammo economy isn’t as generous as the 5/7. Attempting to use it as a Dozer buster by dumping a cylinder into their faceplate yields mixed results, as you run the risk of not doing quite enough damage for a proper kill. Not to mention, it wastes those precious few bullets you have. So why use it? Because it aesthetically is gratifying to use. Plus, its one step closer to a traditional cowboy six shooter compared to the mag-feed 5/7.

Stoic: Pass the whiskey! In all honesty, any of the “health” related perk decks such as Leech or Hacker could go on here with points re-allocated towards Bullseye. However, Stoic seemed to be the most fitting for a cowboy themed build. What’s better to calm one’s nerves after a shootout than a nice swig of good ol’ firewater?

Suit if using others

Flask or other perk deck dependent throwable OR

Gunslinger Weapon Pack: For the (Akimbo) Frenchman Model 87 Revolver. Not included with the Legacy Collection bundle

Jiu Feng Smuggler Pack 3: For the RUS12 Angry Tiger Revolver. As implied by its respective description in the Secondaries section, is highly optional. Not included with the Legacy Collection bundle

The Butcher’s Western Pack: Mostly for the Western themed masks. Comes with the Legacy Collection bundle

If you don’t know how to install mods for Payday 2, there are several guides that you can look up. However, here’s a real quick one:

A handy mod that I would highly recommend for akimbo weapon use is the Akimbo Firemode Toggle mod. You know how when you fire a semi-auto akimbo weapon such as two pistols, or tap with a full auto set of akimbos, it results in you shooting two weapons at once? While this is nice for doubling your damage, it tends to result in wasted shots, especially for revolvers where 1 shot to the head is enough to kill your usual Heavy Swat. Just find a button to use to toggle between x1 and x2 shots, and integrate it into your gameplay!

HUD Mods are highly subjective, but what isn’t is having access to information that could help your gameplay. VanillaHUD Plus lets you see information that the base game might not otherwise tell you, such as how long your Trigger Happy skill is lasting, and if the skill is even active at all! What is extra handy is the fact that this mod can also be used alongside other HUD mods!

Some general tips for this build:

Hope you enjoy the post for PAYDAY 2 Gunslinger Cowboy Build + Q&A, If you think we should update the post or something is wrong please let us know via comment and we will fix it how fast as possible! Thank you and have a great day!