Keep Fighting! – Do not Button Mash!

Nothing to say about the following achievements. Just keep fighting. These achievements are tracked in every mode the game has to offer.

You only need to beat the last level on each map for the following achievements to unlock.


Note, that the path splits in area 3.

These routes are not exclusive, you can go for both of them.

Just to make sure:

There is no achievement-related reason to play the 35 bonus level, which unlock after the “Victory” achievement.


While completing all these areas, you’ll also unlock:

There are many dead ends, which reward you with revenge tokens and skill points:

There are some ~40-50 revenge tokens available on the map.

The levels, which reward you with one of those are marked with orange coins on the map.

You can only use them, after you’ve failed a level. You then have the choice between returning to the map, replaying the level or using a revenge token. They’ll increase your attack range a bit and apply a permanent healing effect to your life bar.


You can pretty much waste them, without thinking about it.

Because you can’t even activate them in the 2 ultra hard bonus stages (see last section of this guide).

A post-launch patch enabled them in the very last level of the game. (Thanks to jjem for bringing this to my awareness)

But to be honest… the healing effect of the token is so utterly broken, you literally can’t fail anymore, after using them… which is not the way I’d recommend you to play the final level. Trust me, it’ll be anticlimatic.

There’s a total of 78 available skill points to max out all of the 26 skills of this game, so these two should be really easy.

The levels, which reward you with skill points are marked with pink gems on the map.


I highly recommend getting all of them!


If you’re missing some gems, note the branching paths in area 3, which I mentioned at the beginning of this chapter.

Alright, let’s talk about Blind Mode first, and why it is NOT as hard as it may seem/sound.


Blind mode is negative in 2 ways:


1) It removes the markers beneath your character, which indicated, if your enemies were within reach or not. Not really that big of a deal, since you’ll only unlock blind mode after you’ve played normally for quite a while. Which means you should have a solid feeling for range anyway.


2) It removes the markers beneath your enemies, which illustrated the needed inputs to beat them.

They are instead replaced by a unique symbol per color. That’s not toooo bad though, since you can learn the symbols and the associated inputs, though it may take a while.


With those gone, it’s actually not that bad.


Alright, that being said, here we go:

Do this AFTER you’ve unlocked all skills!


You do NOT need to reach tier 10 within a single try!

Once you’ve reached a new tier, you can start a new survival attemp starting at said new tier.

Unlocking the 2nd takes 200 kills, the 3rd takes 400 kills and it increases by 200 per tier. Which means you can start at tier 9 and “only” need 1800 kills to get the respective tier 10 achievement per survival mode!


Regarding No Luca No and Baby Survival:


If you’re one of the players, who used the arrow buttons on your keyboards so far, you should really switch to your mouse for these two!


Because once one of them appears on screen, you just have to give your mouse a little push in their direction and your screen will be visible again. It then takes 8-15 seconds for them to appear again, depending on the amount of speed slowing events in that timeframe.


Big Thanks to Violet❤ for pointing this out!

As with survival – Do this AFTER you’ve unlocked all skills!


You do NOT need to beat every available level!

Your only goal here is to get all the way to the right.


There are some levels with heart icons – those will heal you upon completing them.


Regarding the blind gauntlet:

Do it after the blind survival. You’ll most likely need to have the symbols for the different enemies memorized, or you’ll have an even harder time.

Alright then, let’s get to the achievements for which I felt the need to create this guide.


Up Right Down Left


Do NOT leave this screen with the red buttons pressed.

This will enable “hard mode”.

Main Menu -> More -> Click spam the floating icon on the left side of the screen.


Up Down Left Right

Main Menu -> Up Down Left Right (as in the achievement above) -> Press a second set of arrow buttons, also in quick succession::


Right Left Down Up


Attention: I was NOT able to get this mini-game to work with mouse + keyboard and HAD to use a controller.


Move the finger in his nose and pull it out.

Then move the finger together with the pulled booger above his mouth and feed him.


If you pull out a new kind of booger, an icon will appear on screen.

Either that of a finger – flick

Or of a mouth filled with teeth – eat


If you pull out a booger of the same kind again, do what the icon indicated.

After you made the right move for a few times, a new kind of booger will appear. Repeat as with the first one.


As soon as you eat the 10th kind of booger in a single playthrough, this achievement will unlock.


Up Down Up Down

You do NOT need to win this fight.


Down Up Down Up

You do NOT need to win this fight, either.

The pixel stage can be found on the second-to-last map, to the left of the dragon. 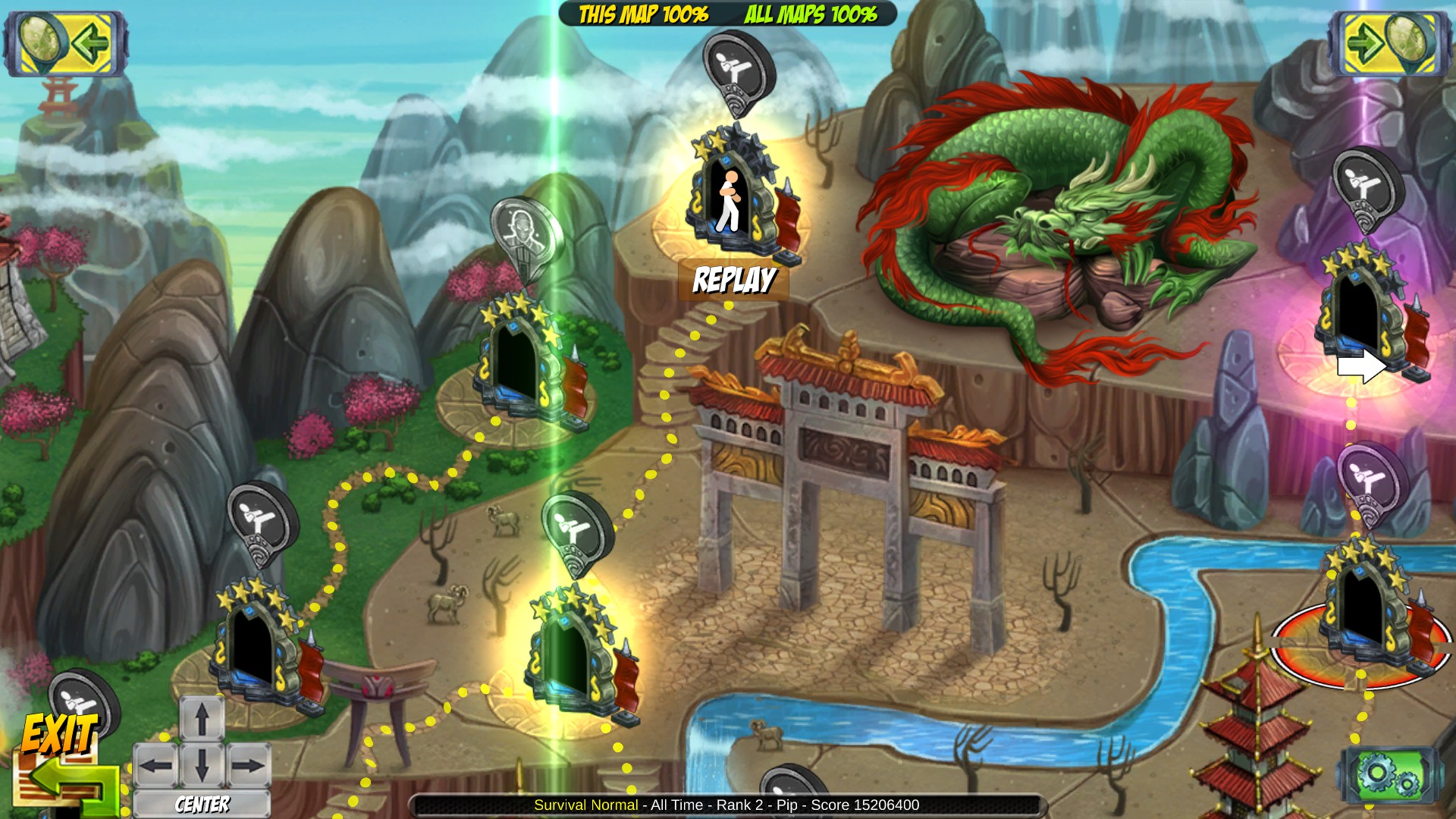 The cloud stage can be found on the last map, on the level beneath the sun. 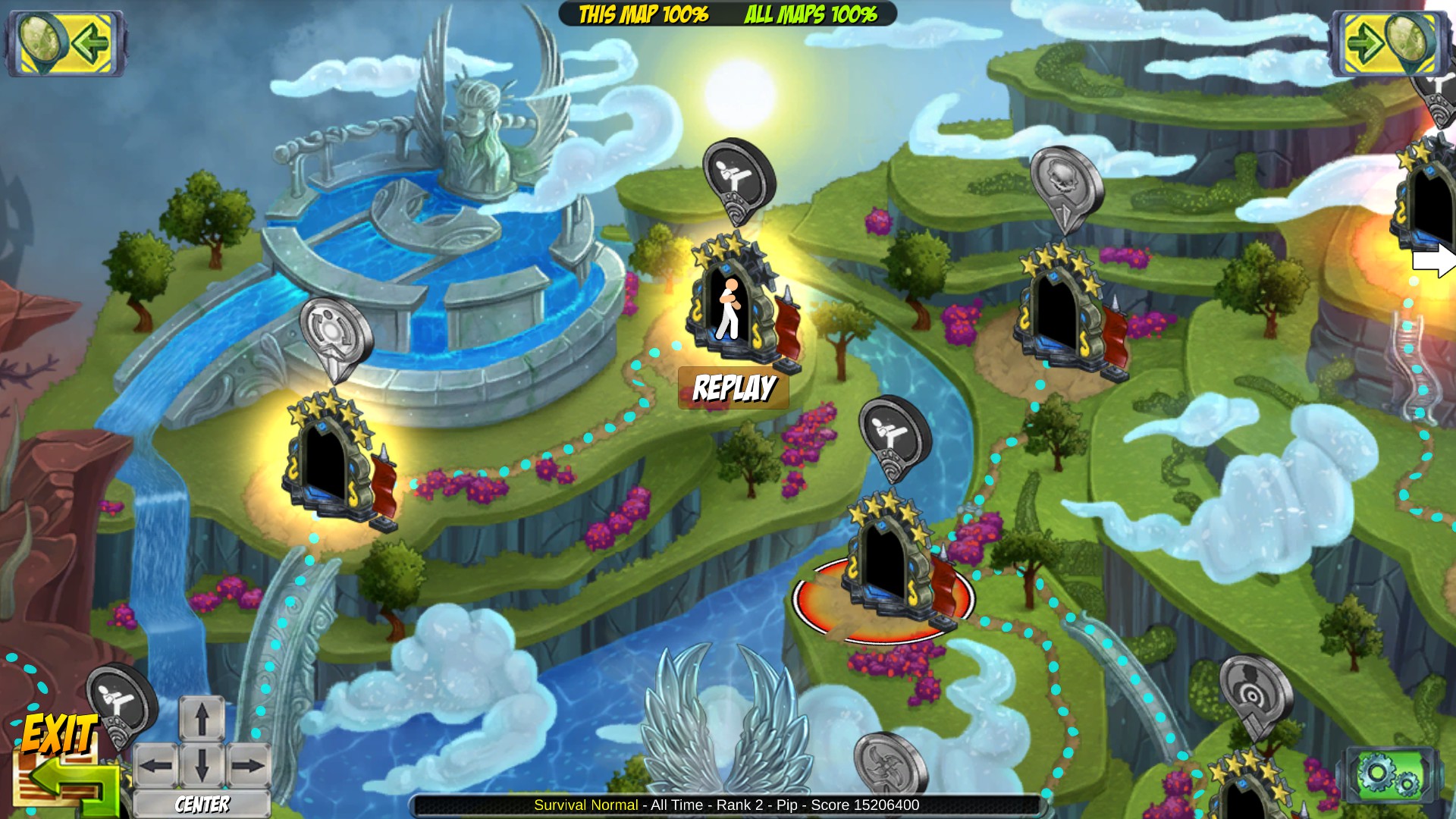 There’s no trick to the last 2 stages.

It really comes down to your skill.

Do not expect to beat these stages on your first few tries.

If there’s one hint I can give you: Unlock all the skills beforehand. It really is helpful.


Well, I wish you the best of luck!


And don’t forget – Do not Button Mash!

Hope you enjoy the post for One Finger Death Punch 2 All Achievements Guide, If you think we should update the post or something is wrong please let us know via comment and we will fix it how fast as possible! Thank you and have a great day!