Think Kel is useless? Dead wrong. Let me tell you how to do one of the most damaging attacks in a single hit! Use it on that boss you have trouble with! Or if you just want to melt them down on your second playthrough!

Be warned, DO NOT USE THIS STRATEGY IF YOU WANT TO PRESERVE CHALLENGE

This strategy is proving to be very cheesy, despite being one you can only do for one fight every once in a while.

I highly recommend you refrain from using it unless:

Seriously, treat it like a “I don’t feel like fighting this guy” option. OMORI isn’t a very hard game in the first place, so you don’t have to use this. Do whats fun for you! 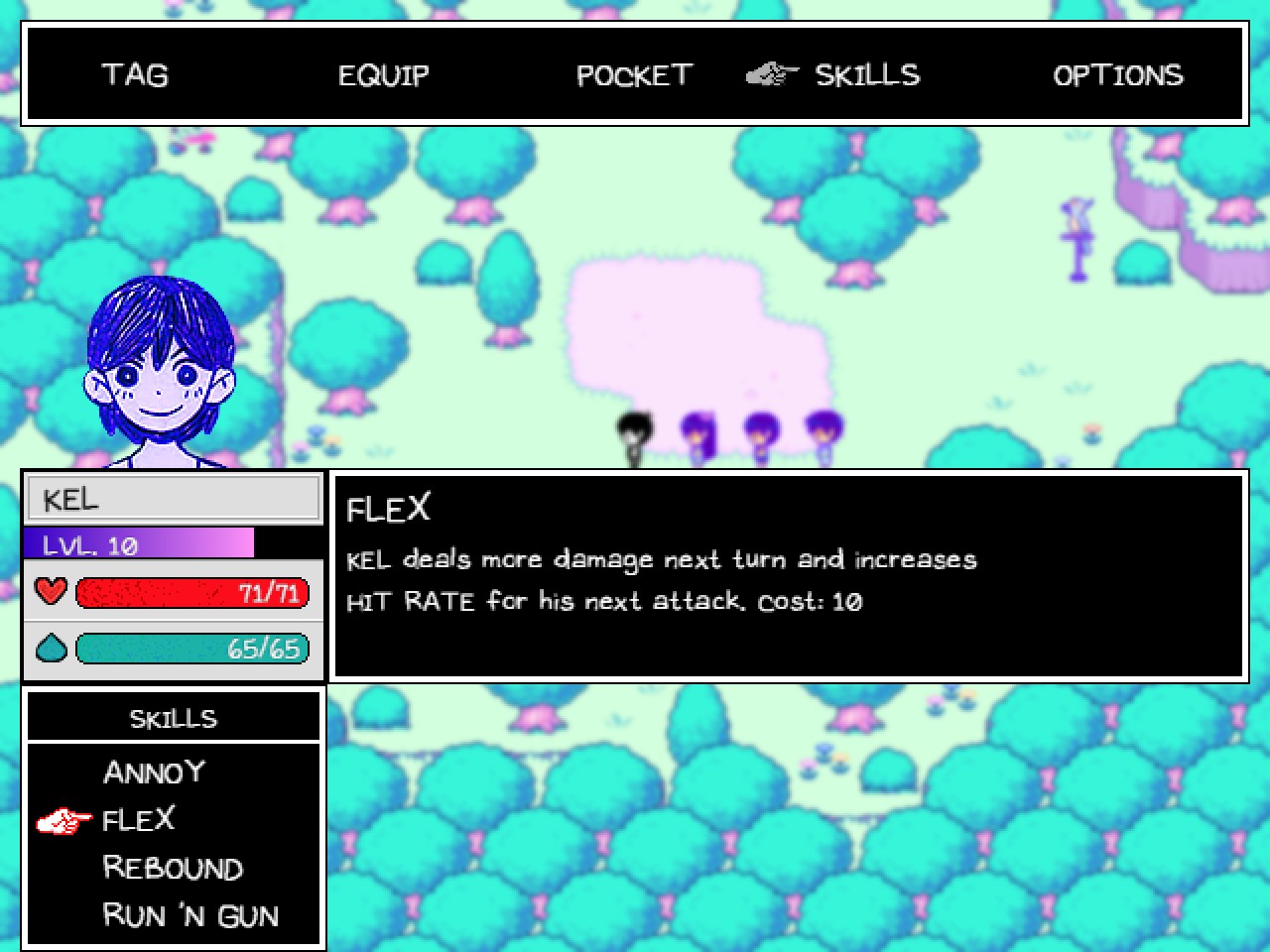 Get FLEX and RUN N’ GUN. You don’t require any other moves unless it helps with this strategy.

FLEX is attained automatically through progress, just before the first major boss. Can’t miss it.

FLEX seems a little underwhelming at first. You use it and Kel’s next attack will be stronger. You might think you might as well just attack twice!

Not quite! FLEX is a 2.5x increase! Essentially making the next move occur twice and a half times. Over time, you get much more effective damage out of the combo.
Note though, this does not work with multi-hit attacks, FLEX will only apply to the first hit, making it not as good for those.

Plus, Kel’s attack stat isn’t *that* great. Unless…

RUN N’ GUN is a single target, single hit attack. But it uses Kel’s Speed stat instead of his Attack, which is always higher than his attack power. Plus plenty of his equipment just makes that number higher!

And on top of that 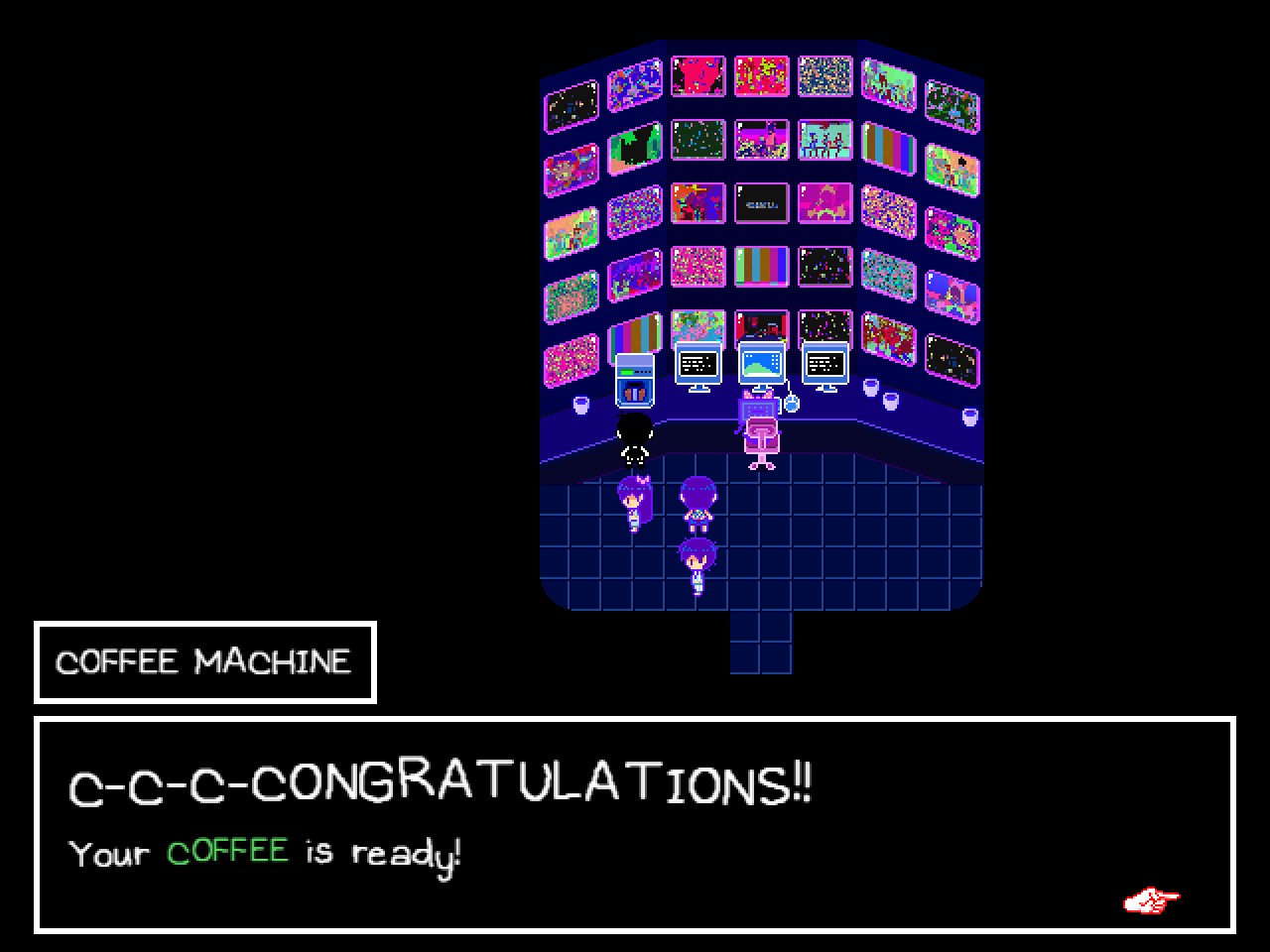 Complete the sidequest for this TV girl so you can get at her coffee machine! If you haven’t found her yet, check at Otherworld, south of the Junkyard. You will have to walk through a wall.

Coffee is a food item that buffs speed! By how much? I don’t know but it *has* to be a lot, as you’ll see.

Plus, it’s renewable! Every while, you can come back to the machine and get another Coffee, usually just in time for major bosses. I cannot tell you how much time needs to pass, just check in when you get a chance.

You are now ready to perform the Kel Nuke! (For lack of a better name)
Performing it is very simple, though requires you to use the first turn to set it up for optimal effectiveness. It may take more turns depending on luck and how troublesome the boss is choosing to be. 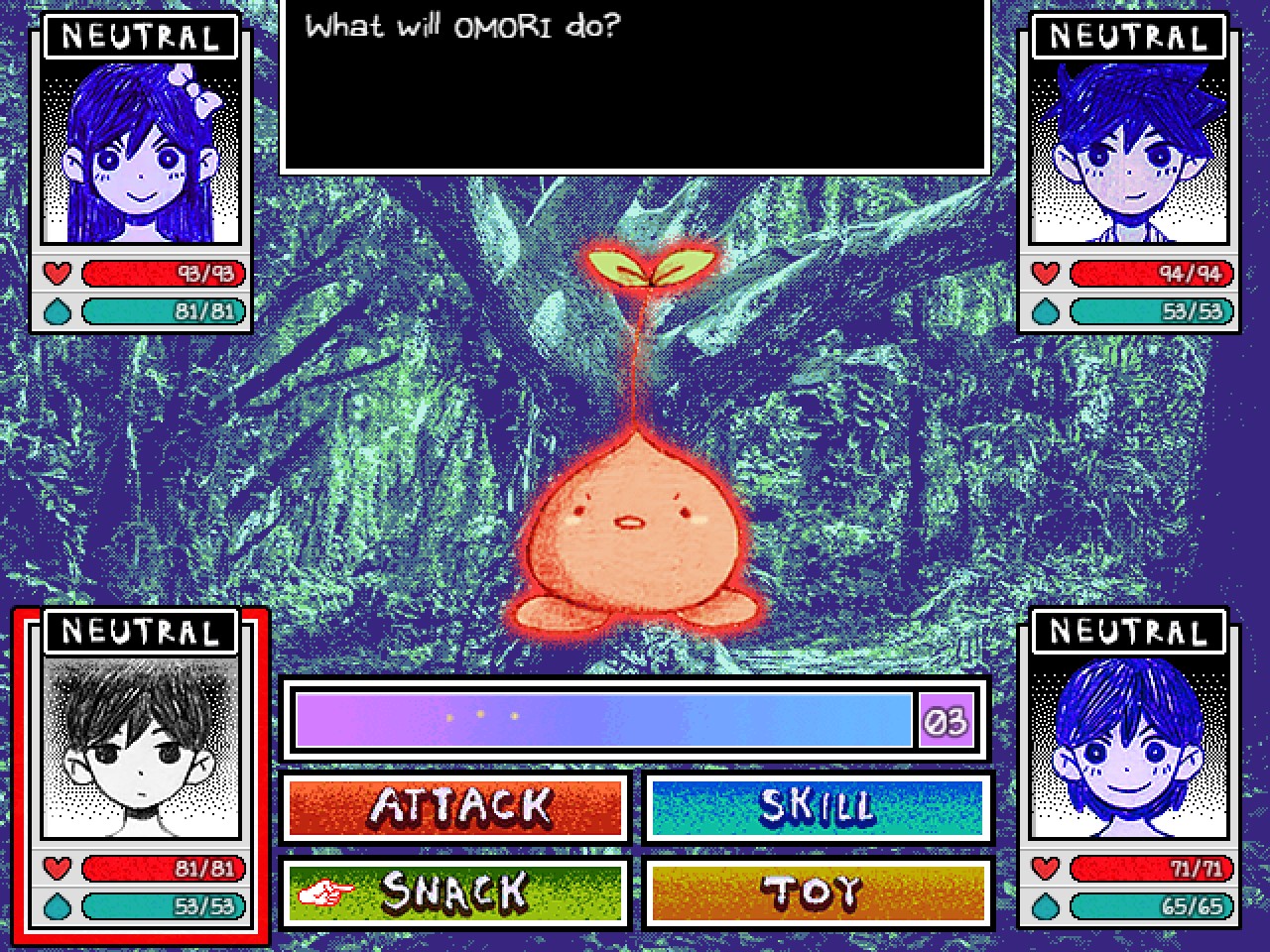 You can choose to do this with any characters, depending on your available items and skills but the general setup turn will go like this. 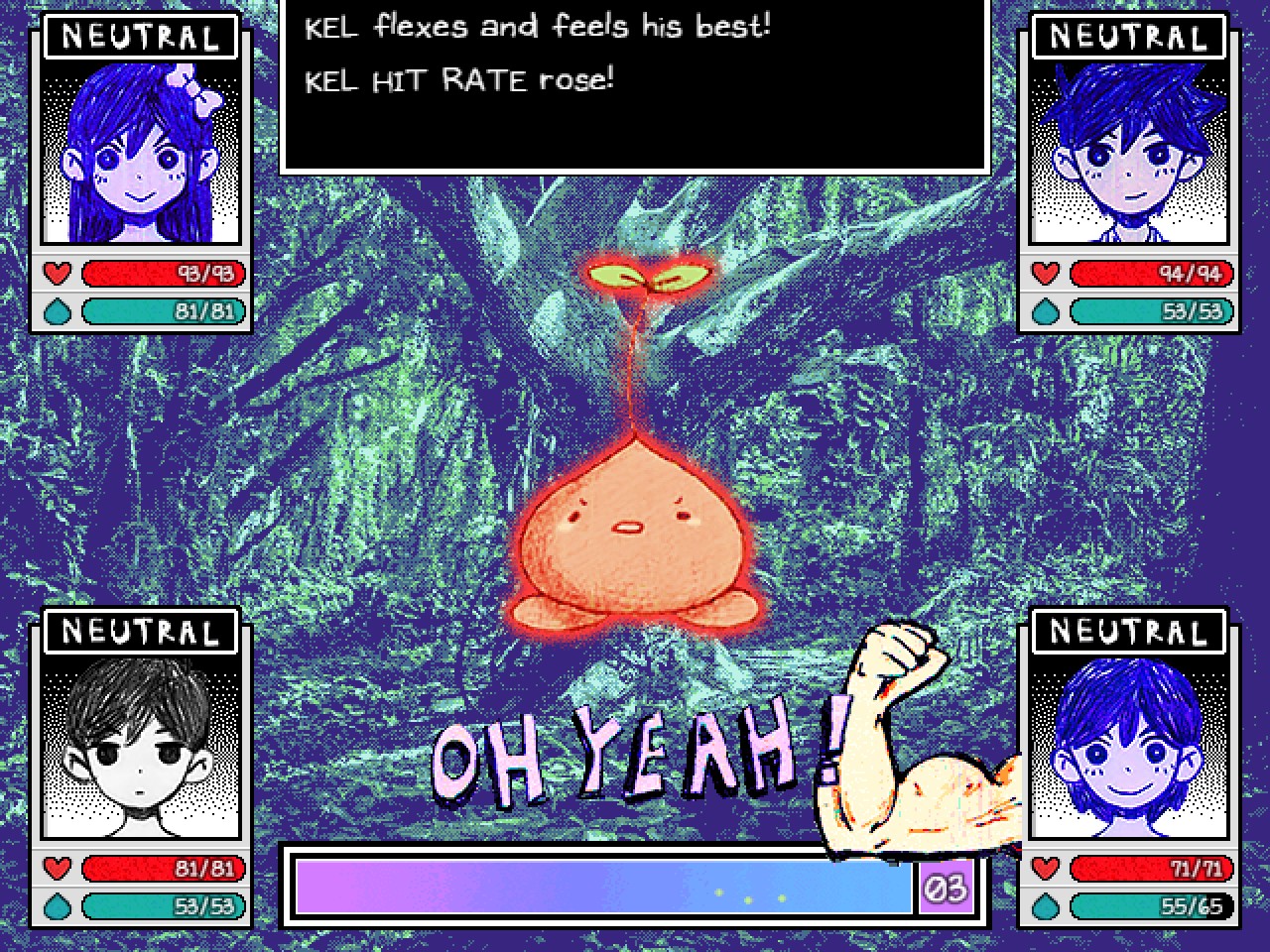 Omori uses coffee on Kel, Aubrey Pep Talk-ed Kel to make him happy, Kel FLEXed
And Hero did nothing since the enemy was already angry. 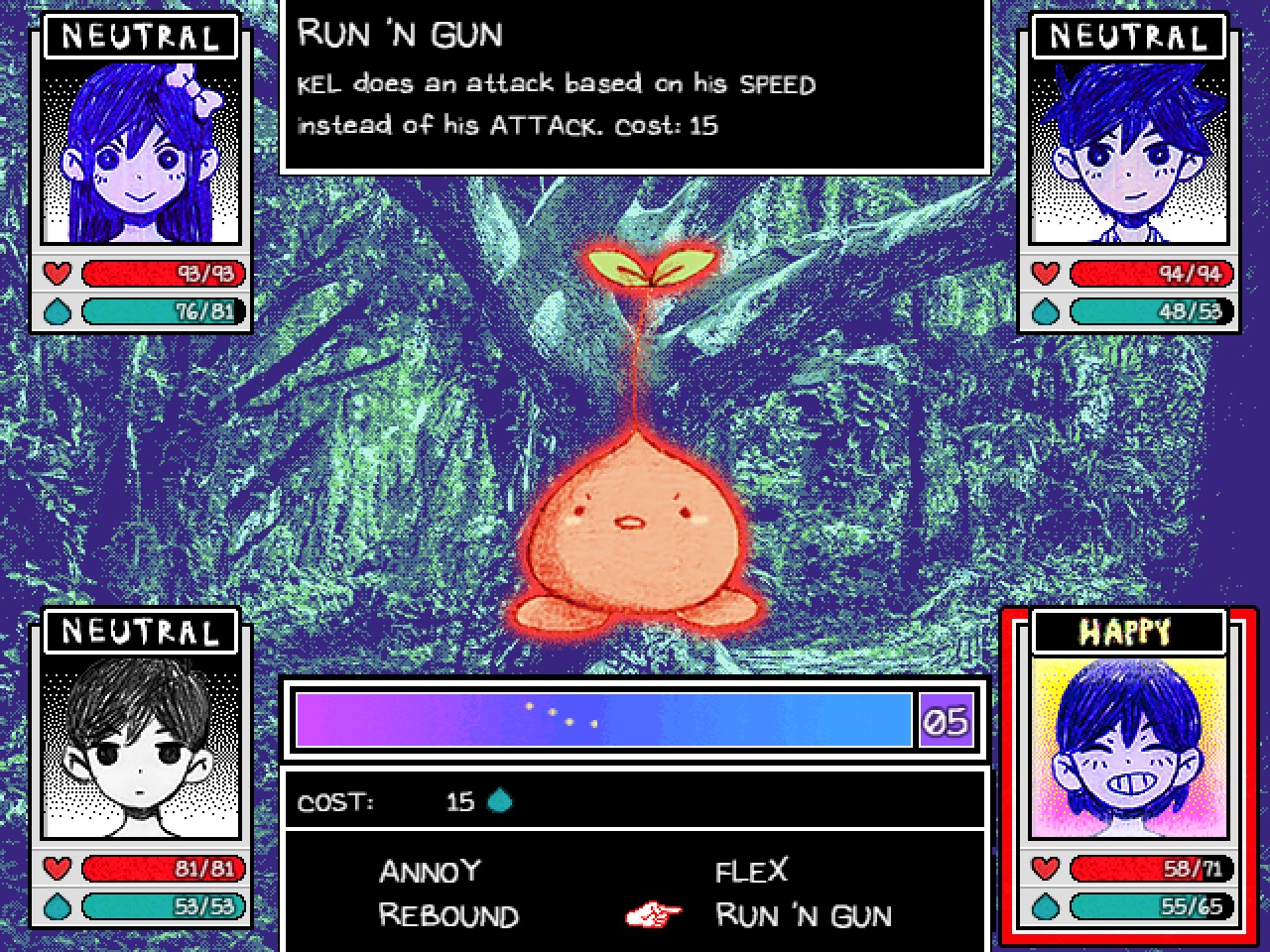 Use RUN N’ GUN and BEHOLD 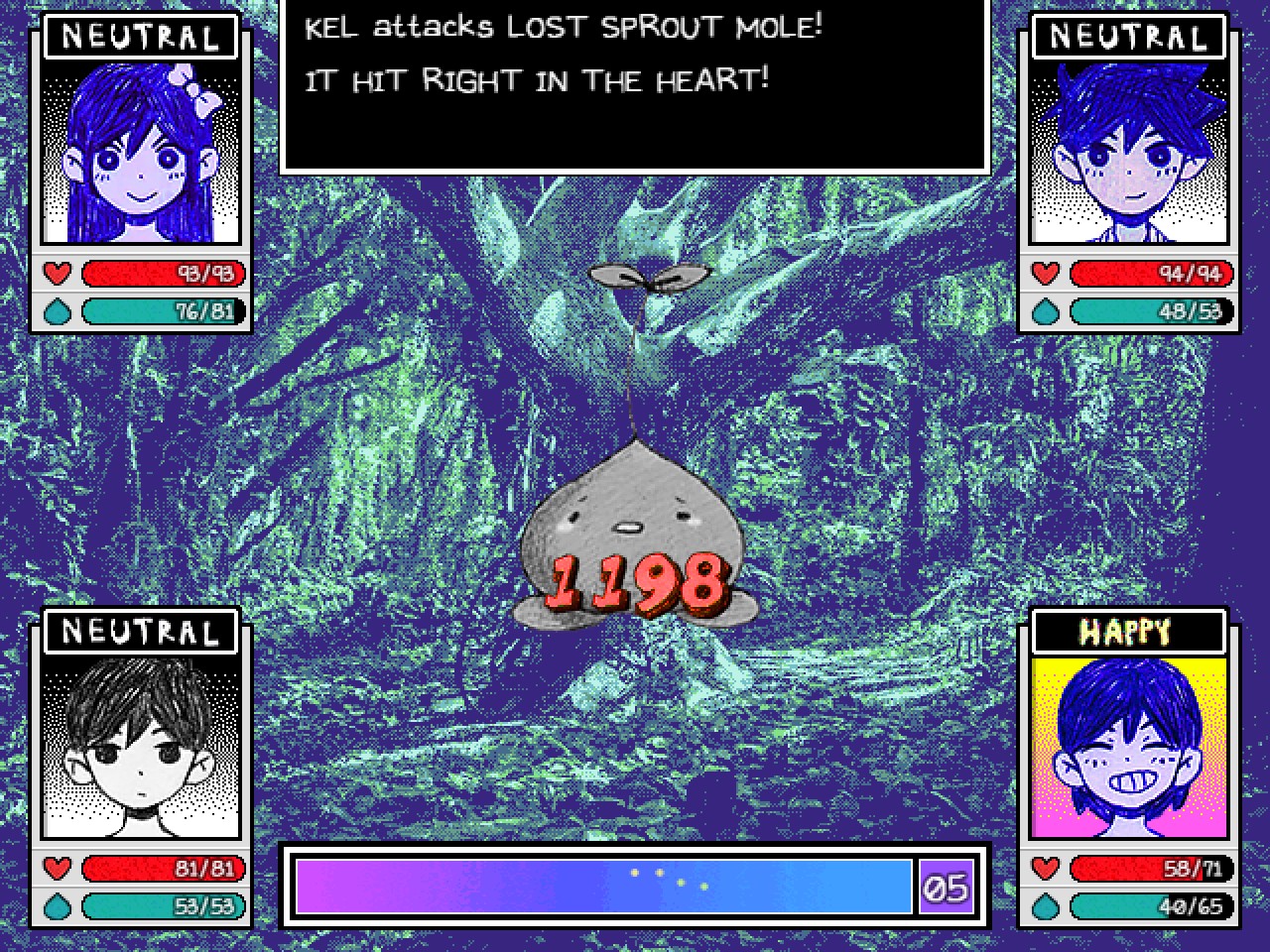 For as long as Kel stays alive, he can do that kind of damage every other turn until the enemy is destroyed!
If they don’t instantly die anyway.
Just keep FLEXing and RUN N’ GUN-ing! Your other party members will also be free to attack now too.

With a little extra setup, like defense reduction, stacking the right emotion, or equipping Kel with exclusively with speed enhancing equipment, you can drive that damage even higher! I’ve destroyed bosses in just one attack before! 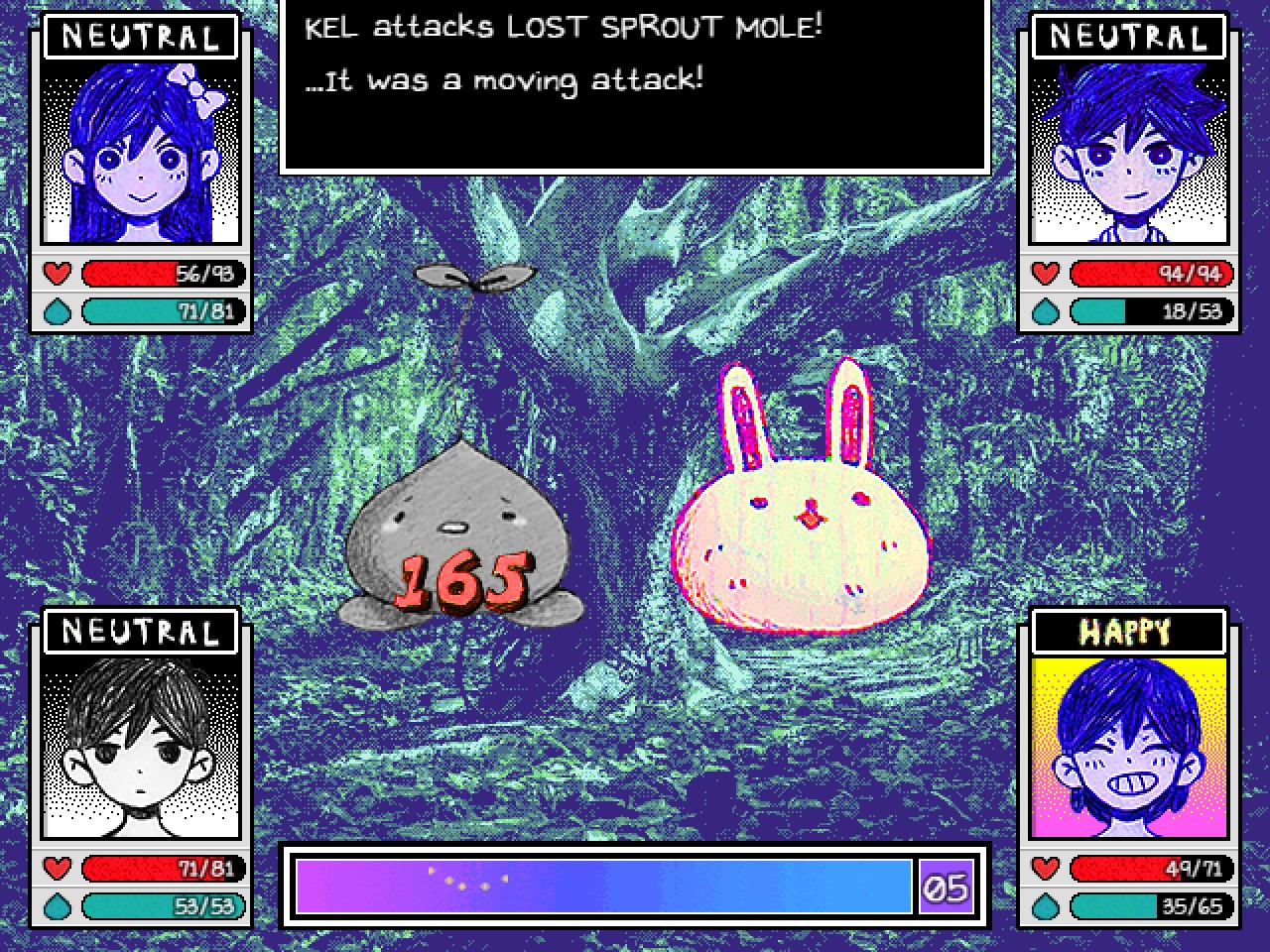 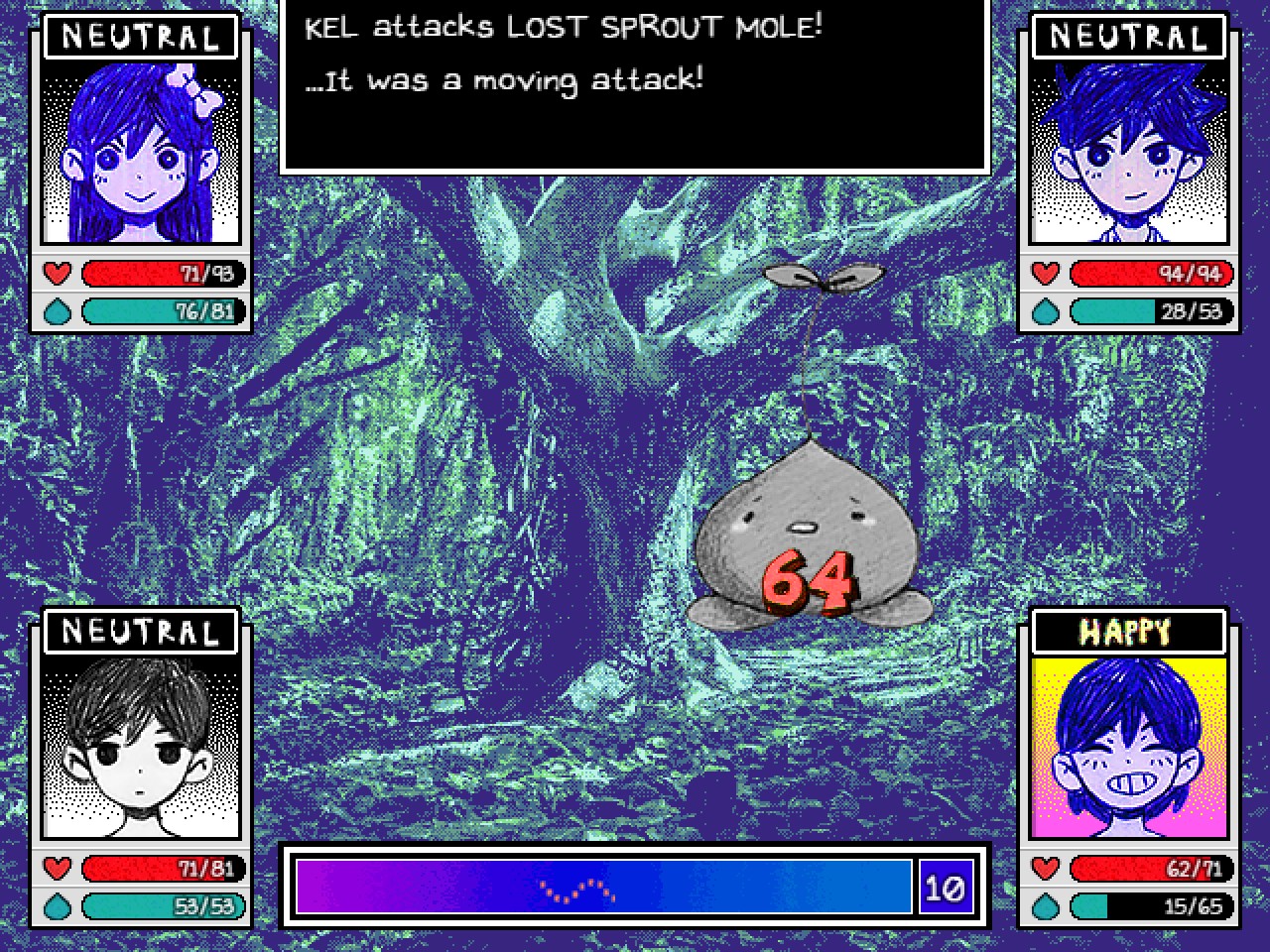 This is all for OMORI How to Kel Nuke hope you enjoy the post. If you believe we forget or we should update the post please let us know via comment, we will try our best to fix how fast is possible! Have a great day!