This guide was published on 1/16/2023. Some of the information in this guide may change in future updates. I will try to keep this guide updated, but I cannot guarantee it.

Nurose doesn’t provide any instructions on how to combine the spell glyphs. It doesn’t explain what makes a good combat spell and what makes it a bad one. The closest we can get are the three default loadouts, which are very weak except for the default electric loading out.

This is a deliberate design. The game requires that you understand the meaning of all the glyphs and how to use them.

This often leads newbies to create their first loadout and queue for their match. They then get matched with a veteran player and are immediately obliterated, having no clue what just happened.

This guide will explain how new players optimize their spell shots and get maximum bang for their buck. I will show you how to create powerful and powerful kinetic damage spells. 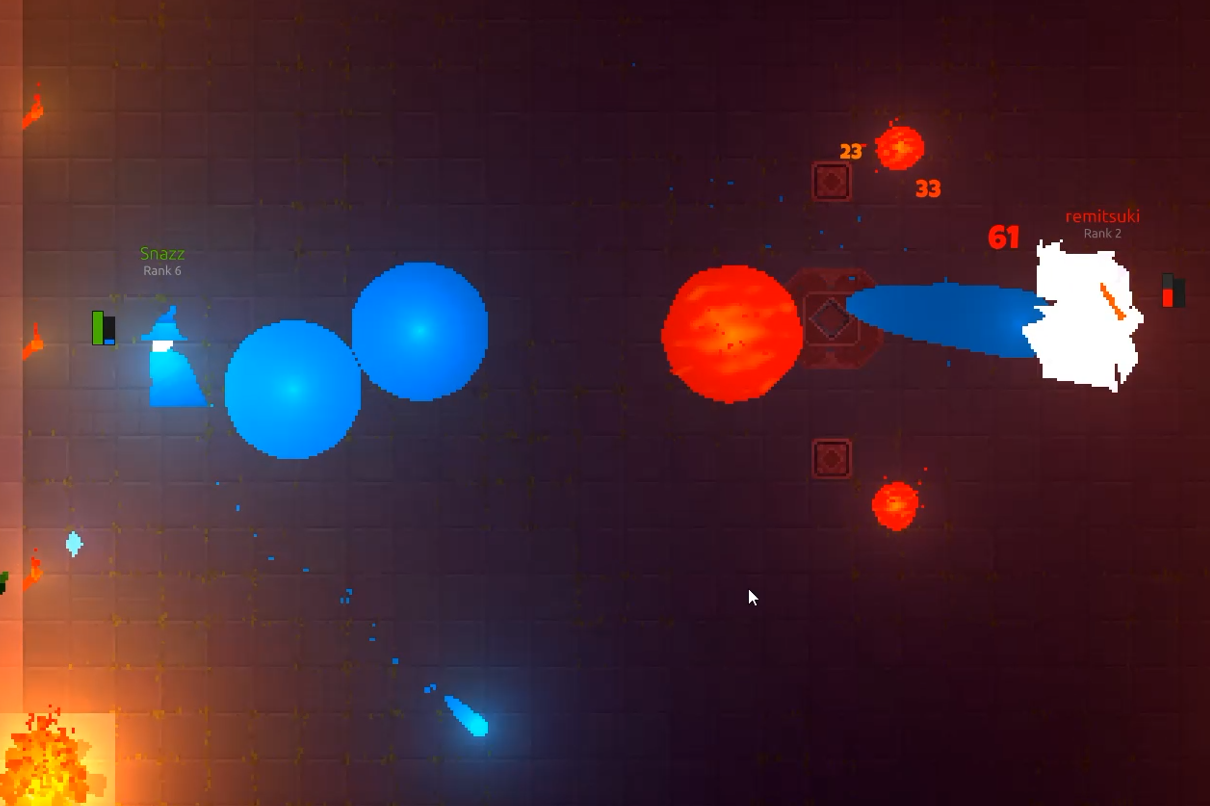 Every spell shot orb, totem, and spell summon an inherent amount of mana. The wand determines the amount of mana that a spell starts with.

It summons spell shots using 110 mana for the standard wand. It costs 10 mana for summoning, and the rest goes into the shot. 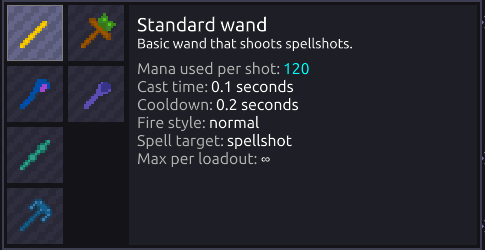 You may have noticed that certain glyphs have mana costs. These glyphs are costlier than spell shots mana to execute. 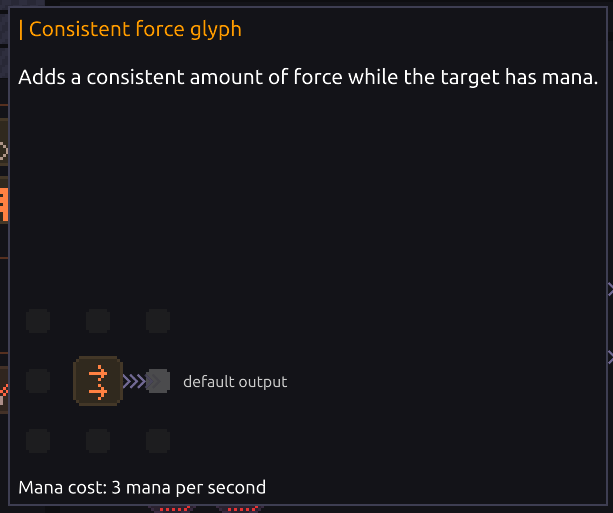 The glow of a spell can show you how much mana it has.

Once a spell shot runs low on mana, it will disappear. Therefore, we want to be as efficient as possible with our Mana.

The 3 goals for a powerful kinetic damage spell

Whenever a spell shoot collides with an enemy, an enemy’s magic, or even a wall, it inflicts damage and loses mana.

Now we understand the first goal a PKDS has: It must reach an enemy wizard with as much mana as possible to inflict maximum damage.

This is where creativity is possible. There are many options to deliver mana-rich spell shots to your enemies. You can fire off quick shots that get to enemy wizards quickly. You can also lay down mines that trigger when an enemy wizard is close. Another option is to use a large slow moving spell shot that you feed mana from another magic.

The second goal of a PKDS aims to maximize the efficiency of our spell shot in trading mana for damage.

The description of a grow glyph says that larger targets do less damage. It is not clear what the exact meaning of the grow glyph is, but it means that larger spell shots are less likely to lose mana when inflicting or receiving damage. This improves the efficiency with which mana can be traded for damage. A maximum-sized spell can inflict 3x more damage than a standard-sized spell shot with the same amount and mana.

Keep in mind that each grow glyph requires 4 mana. In some cases, your spell may not reach the enemy wizard due to insufficient mana. Sometimes, using fewer growth glyphs can cause more damage. It’s something that you need to experiment with and tweak for other spells.

The third goal of a PKDS spell shot is to trade mana for damage faster.

This is to reduce the duration of the spell shot and the mana loss it would naturally lose over time. It’s also a more tactical spell if it can deliver the entire amount of damage immediately. Your opponent will find it harder to react and counter it.

You can achieve this by using glyphs to increase the power of spell shots. The spell shot’s movement speed is limited by its size. However, the damage output calculation uses the shot’s force, and not its speed. Although it may not increase shot speed, adding more forceglyphs will increase damage per second (dps), for colliding spell shots. You should also note that the spell does not do more damage. It just does damage faster.

There are three ways to approach this:

Use the consistent forceglyph. This is the best way to increase the damage-to-mana ratio. Spamming a lot of consistent force glyphs will boost your dps. However, a single glyph won’t make a big difference in how much. You should use this method to fill up the spell grid with consistent force symbols. 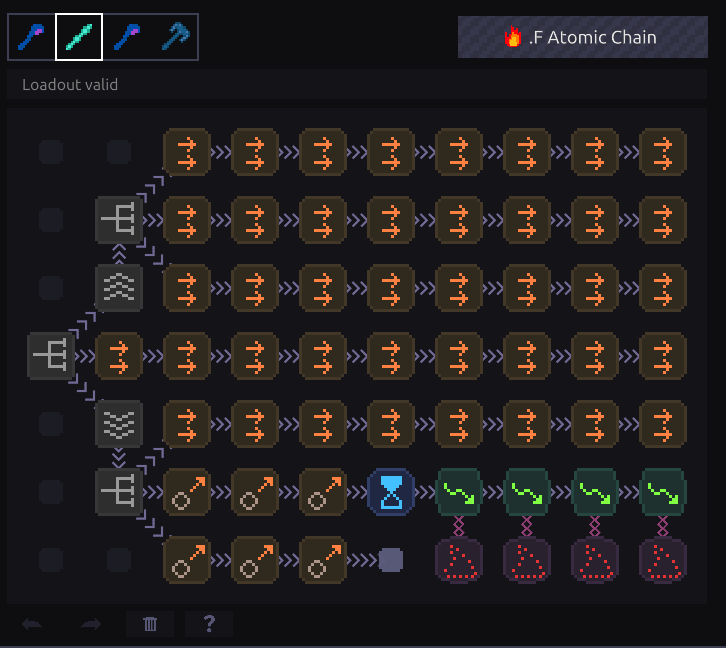 In a reset loop, use the Instant force symbol. This will apply the Instant force to each spell shot. This method is not as efficient as the consistent force, so the damage will decrease, but it has a higher dps. This works well for spells with limited grid space as it takes only 3 glyphs. As a bonus, you can speed it up by adding more instant force-glyphs to your reset loop. 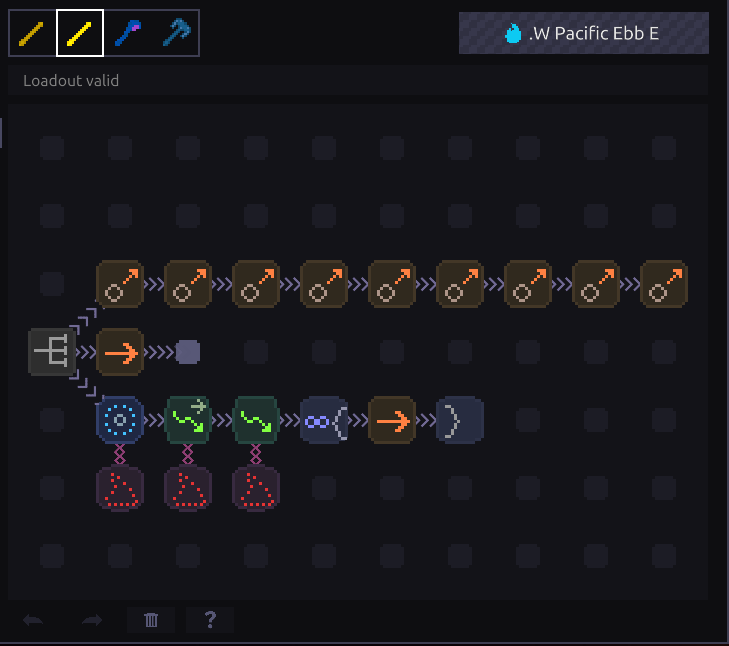 Combining the two methods above, fill in as much space with consistent force words, then replace some with instant force words within a reset loop. This middle ground allows you to squeeze decent efficiency from your spell while not sacrificing dps. 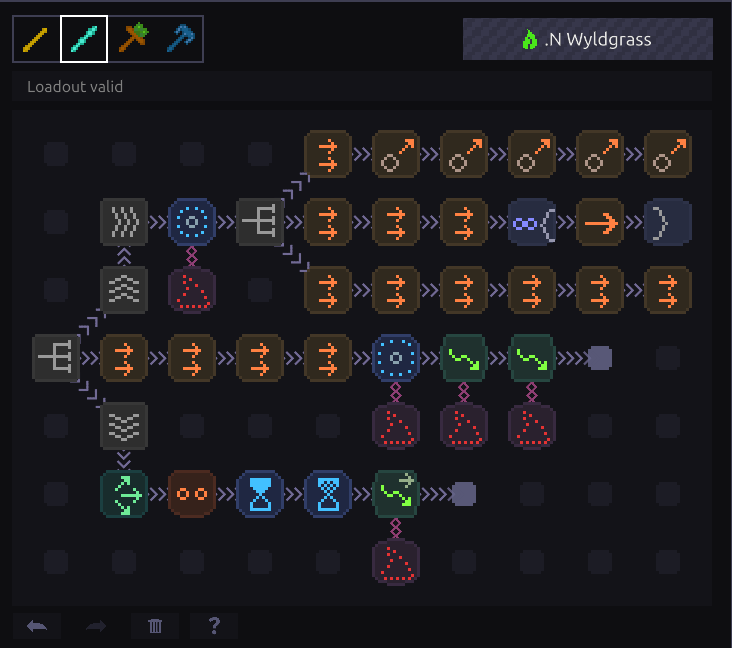 All of it together

Now that you know what a PKDS is, let’s make one.

I’m going create a Sucker Punch spell. This fast spell hits the enemy wizard quickly, dealing a rapid burst. I will use the Standard wand for this. The Scaling wand could also be useful due to its high mana. But, I prefer using the standard wand as it has a quicker cast time.

First, the spell shot shrinks, so it moves faster. Second, it is sped to maximum speed. I noticed that the shot would sometimes miss if it used just one homing glyph. So I added another one to double the turning speed. 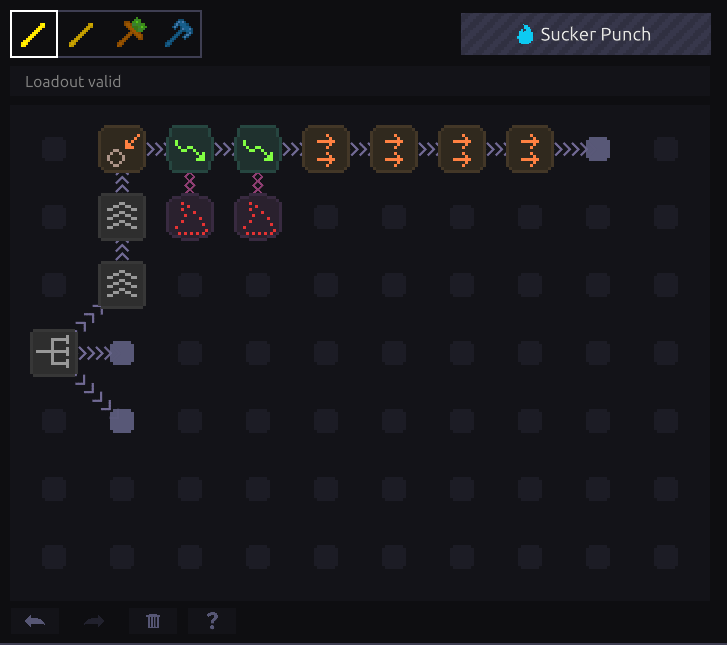 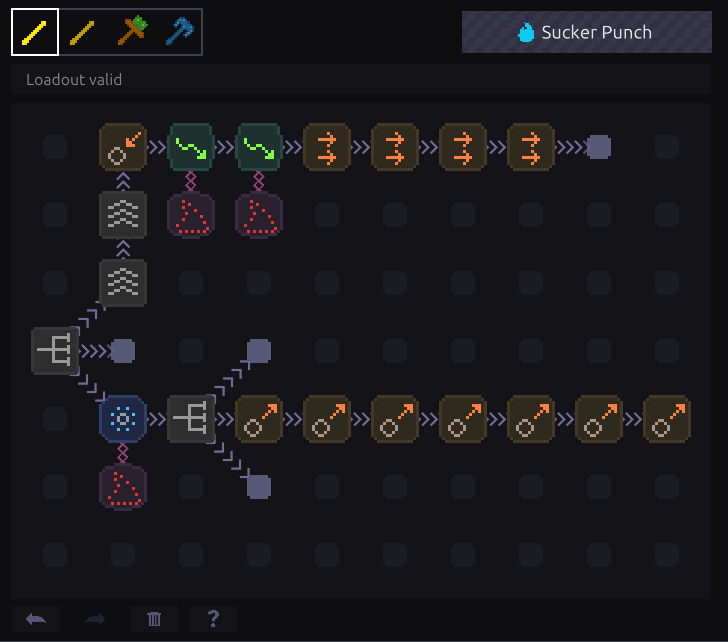 The shot is doing approximately 90 damage on the target dummy in just 4 seconds.

Finally, I added forceglyphs in order to increase the dps. I chose to use the efficient approach as I had plenty of space on my spell grid. 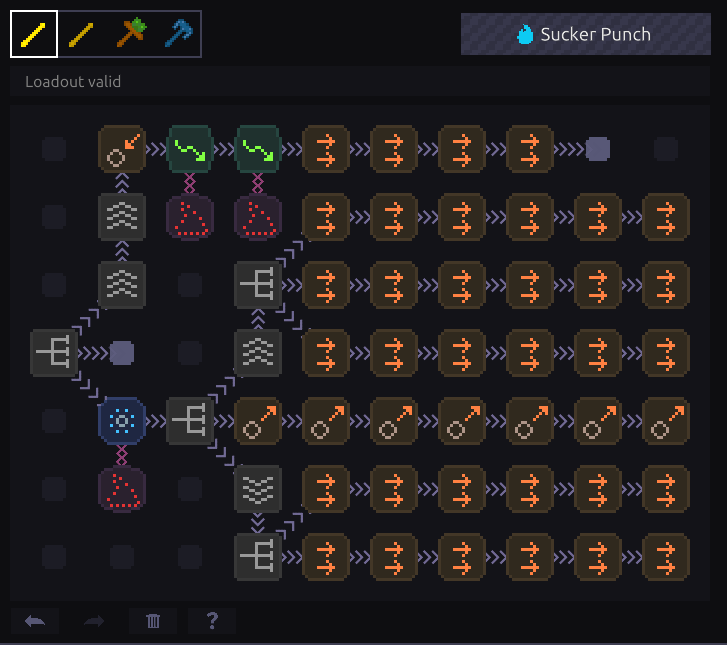 This spell does 180 damage per second and isn’t fully optimized. Because optimizing further involves tradeoffs, I will end here.

You now know how to create PKDSes. These spells are very creative and I’m eager to see what you create. (Hopefully, my matches won’t be so one-sided.

These spells will help you obliterate noobs. At the very least, could you direct them to this guide? Or explain how you beat them. When we need a larger playerbase, the last thing we need is to drive out new players.

Hope you enjoy the post for Nurose How to Cast Powerful Damage Spells, If you think we should update the post or something is wrong please let us know via comment and we will fix it how fast as possible! Thank you and have a great day!