A build to get Lucky 777 and Forward March achievements. Challenge mode viable! Based on game version v1.5 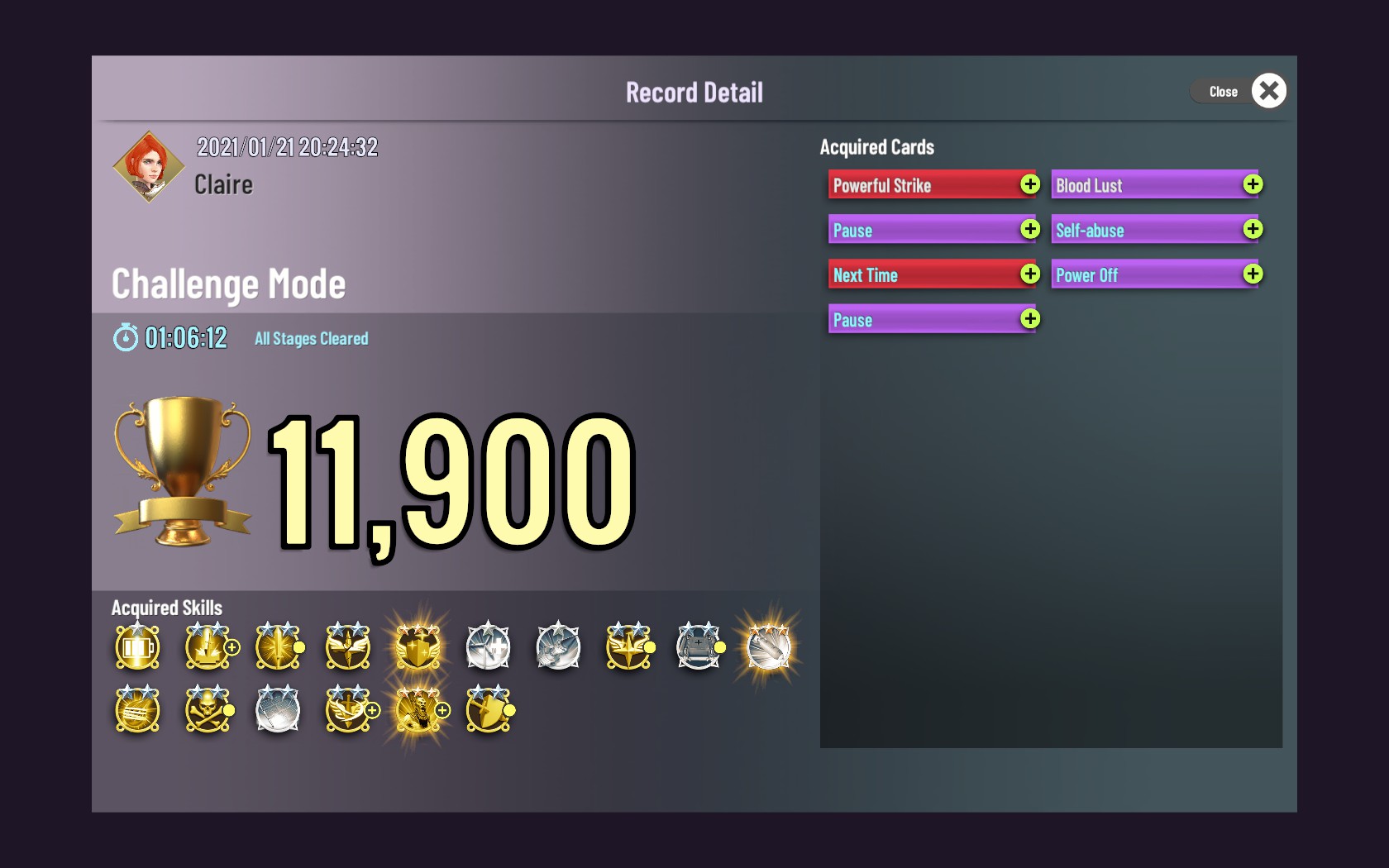 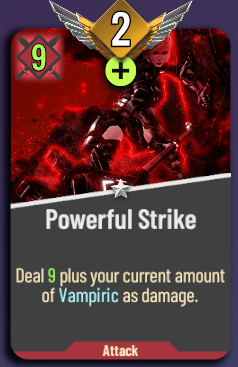 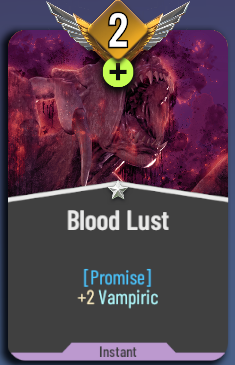 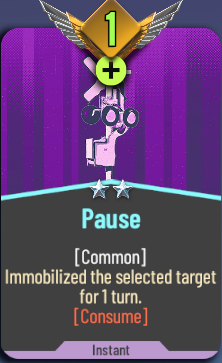 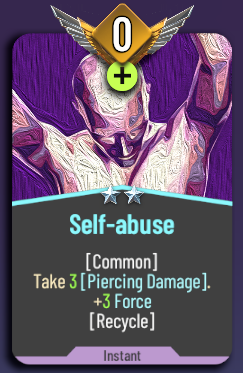 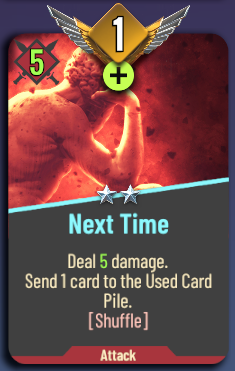 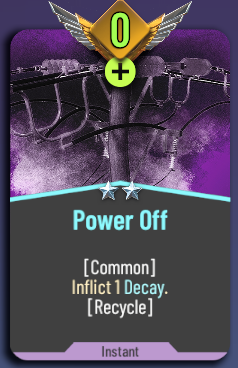 The only real requirement to get this deck is to use the gear A.I. White Candy, which enables you to use the Lab in between battles to remove cards. Use the Lab to remove extra cards you don’t need, and if you have extra money, you can also evolve the cards you want to keep.

The core cards of this build is really just the following three cards:

Next Time to shuffle your deck.

Powerful Strike to do main damage output when you have combo bonus or high Vampric stack.


It is also very easy to achieve combo with this deck since you only have instant and attack cards, you can just cycle through them.

The other cards Pause and Power Off are there to make enemy weaker or stop them; they are not really mandatory.Self Abuse provides a burst of Force for a turn or two, not a game changer either.

The most important skill is Forgiveness:

When evolved, it gives you a Evolved Prayer every turn, which really helps with your combo and give you 2 faith.

Blood Clot is the other important one; it gives an extra Vampric stack per turn to help sustain your stacks. Having a vampric stack most of the battle is important since you have no defend card to “armor up”, so you have to be constantly leeching health back. 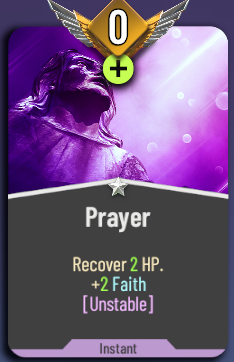 The three most helpful skills I had, apart from Forgiveness and Blood Clot, were the following:


Aura of Blood to give me 2 extra mana per turn when I have Vampric stacks.

Final Wish to give me 2 extra faith every turn.

Last Chance to make one of my cards 0 cost almost every turn if I deplete mana, sometimes I choose not to in order to maintain my combo.


Save Mana is also a useful skill to keep your mana when you end turn early to maintain combo streak. I didn’t get this one in my skill board. 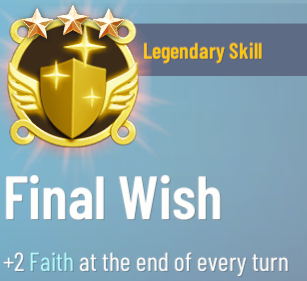 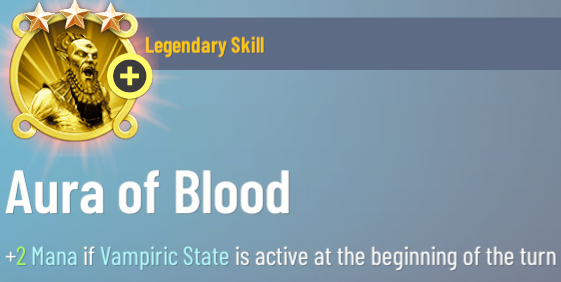 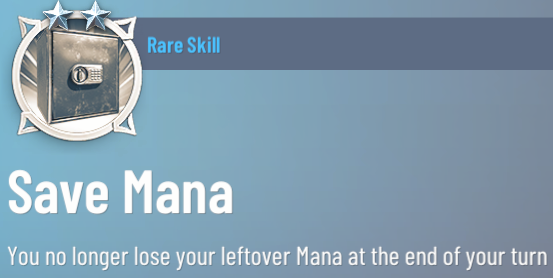 The main idea of this deck is to be constantly rotating through you deck with sustained vampric stacks. You can follow the combo meter when you can. Stack vampric with Blood Lust when you need to play instant cards, then rotate/shuffle with Next Time when you need to play attack cards. When your vampric stack is high or when you have combo bonus, use Powerful Strike to output some high damage. Maintain your vampric stack, which should not be very hard with Blood Lust and Blood Clot.


There you have it! Good luck and have fun! This build is super safe, since you can almost always have vampric stacks to leech health back, you are pretty much a life-steal tank. However, be aware, some battle can be a bit long and tedious since you are just cycling through a few cards over and over again–and some boss has a lot of shield, stealth ability, and a ton of health.

Thanks to Игрок117’s questions in comments, I think it is important to mention that for these special deck achievements, you don’t need to have the deck the entire play through. All you need to do is make sure you have the deck at the end of the game. For example, for no defend achievement, you can remove defend cards as you progress; you can even have defend cards for most of the stages, as long as you make sure they are removed before you finish the game (Before the last battle).

Hope you enjoy the post for NEOVERSE Claire 7-Card – Challenge Mode Viable Version 1.5 Guide, If you think we should update the post or something is wrong please let us know via comment and we will fix it how fast as possible! Thank you and have a great day!