Welcome to my humble achievement guide for Monster Sanctuary! All of the achievements in this game can be completed without NG+ in a single playthrough. The difficulty setting can be adjusted in-game as needed.

Hopefully, you’ll have as much fun as I did while playing this game. The 30+ hours it took to get the trophy felt like no time at all since the game was truly fun! I could really feel the care and attention to detail put into this game. Go forth to get that trophy and hatch ’em all!

Please comment if you have any questions or suggestions to improve the guide.

If you liked this guide, please consider showing some love! 😀

Help out a resident of the Sanctuary

You get this for backtracking and defeating the Champion Monk in the starter area.

MID GAME – This part of the story is quite flexible in which areas get completed when. My personal recommendation: If you are going for an achievement speed run, clear the Sun Palace as early as possible so that you can unlock shifted versions of monsters earlier to bust through the story with greater damage potential. For a more scenic route of exploration, just go where the wind takes you!

Confront the Alchemists in the Library

Restore balance to the Sun Palace

Off The Beaten Path

You’ll typically find your first hidden room by using a wall-breaking monster ability on the field.

The treasure in question is located at Horizon Beach in the same room where you fight the Elderjel.

Why Would You Ever Leave?

Enter the Land of Blobs

While exploring, you’ll find Blob Locks scattered across 3 areas. Once you find all of them, you have to defeat Old Buran in a Keeper Duel to get Blob Keys that can be used to unlock the locks. Unlocking all 3 locks will open the path to the “Land of Blobs”. The entrance is in the Magma Chamber. 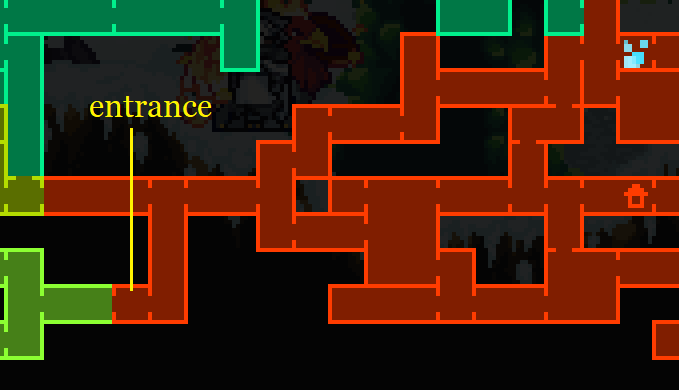 To unlock this achievement, you simply need to reveal every corner of the map. Make sure you always refer to the most recent maps by going to the wiki since it seems the developers are actively maintaining it so it contains the most accurate information. I completely forgot about the Keepers’ Tower since I never ventured into the PvP zone so make sure you don’t neglect that.

Achieve at least a 25 x Combo

Monsters typically have a category of skills that fall under “additional hits”. When looking through a skill tree, you’ll see skills like Proliferate which trigger an additional hit when applying a Debuff. Passives like these will help you reach that 25x combo without even worrying about it.

If you don’t want to think too hard, this steam guide has a team that’s guaranteed to get you that 25x combo. I’ve seen the initiating Fungi on the team deal 19~21+ hits on the first attack with the help of some RNG.

The easiest and earliest way to get a 5-star battle is to backtrack to the starting area after reaching level 10 and gaining access to AoE attacks. Beating the monsters in less than a turn should net you a 5 or even 6-star rating.

Defeat all monsters in a single turn

I used the same lineup mentioned in the guide above (2x D Fungi and 1x L Troll) to achieve the 10k damage in 1 hit. You’ll need some RNG (high combo count + crit at the end) with this lineup but I’m sure there are a ton of other good suggestions out there.

Complete twenty five battles in the Infinity Arena OR PvP

The battles are cumulative. They don’t need to be done on the same run. This means you can just re-challenge Infinity Arena. I recommend you do this after beating the story since it will require less tries by then since you’ll have access to stronger lineups.

Nothing Left to Teach

Beat all of Trainer Gotthelm’s challenges

He’s the Duel Trainer NPC that observes as you first battle Will in a Keeper Duel. He’s not particularly tough, but you won’t get away with just using the same team you’ve been using to clear trash mobs outside of Keeper Duels. I finished the rest of his challenges by using the Goblin Pilot team mentioned below.

Receive a 5 star score in the Champion Challenge

Receive 5 star scores against all Champions

I recommend using the Fungi lineup AND this Goblin Pilot lineup to 5 and 6-star all the champions. Both guides have videos to demonstrate what to do. There are also a lot of suggestions in the official reddit, discord, and steam forum but I personally found the most success with the 2 mentioned lineups.

Legend of the Sanctuary

This achievement is obtained for beating all 24 champion monsters. A good chunk of them are encountered from just regularly progressing the story. A few are locked behind monster explore abilities like Improve Flying, Blob Form, and etc. Vodinoy, Gryphonix, Diavola, Vertraag, and Aazerach are more difficult than your regular Champion encounter but definitely can be betean with the right team, and 6-starred with some help from RNGesus. 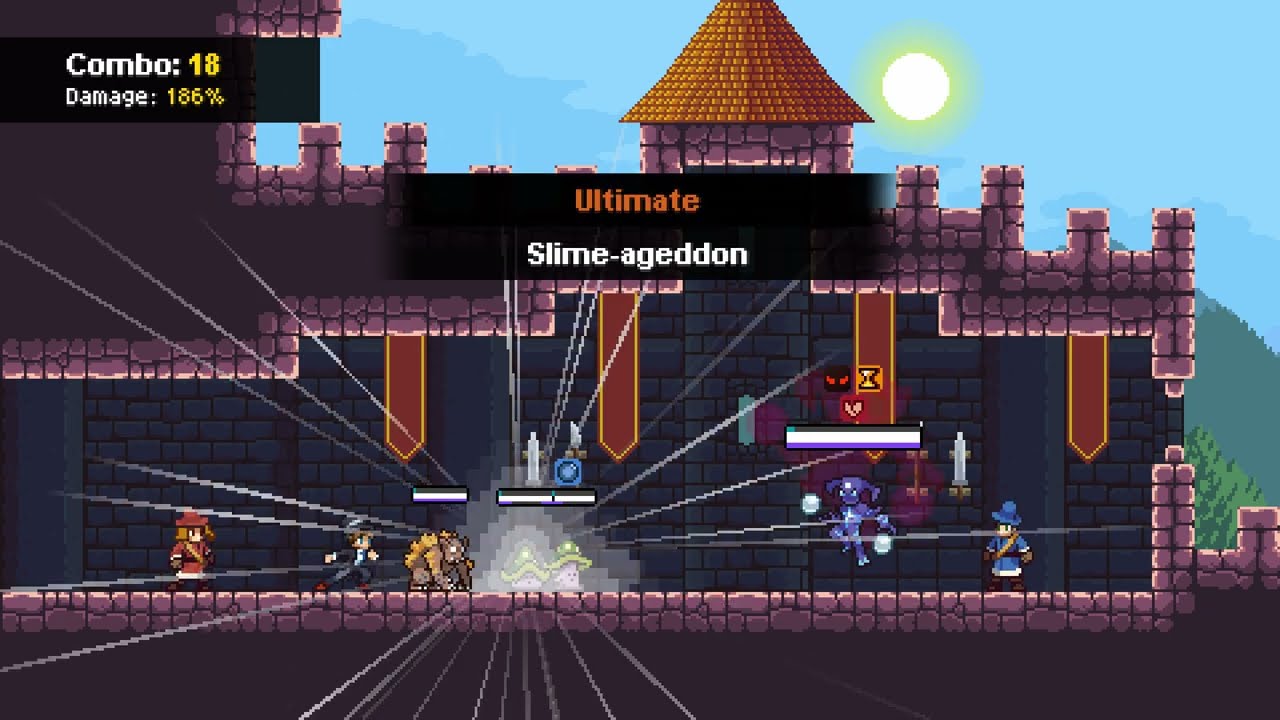 Tanuki have a 3% chance to spawn from every wild encounter. They spawn at a higher rate in the Sun Palace (from 3% to 15%).

You can unlock the means to evolve monsters once you venture into the Ancient Woods. There will be an NPC who will give you Magical Clay to let you evolve a Ninki into a Ninki Nanka. Other evolution catalysts can be obtained from rare monster drops, champion rewards, and reward boxes.

You can encounter shifted (light/dark) versions of monsters shortly after completing the Sun Palace portion of the storyline.

I made a simple google spreadsheet if you wanna track what you’ve hatched so far. Please keep in mind that shifted monsters DO NOT count. You must hatch and evolve each monster at least once to get credit (same playthrough).

Receive a reward from the Monster Army

You receive item rewards for reaching monster army strength milestones. Self-explanatory and you’ll get this achievement without even trying too hard.

Donate 100 Monsters to the Monster Army

By completing the story you’ll have more than enough resources to upgrade gear more than 50 times. If you want to be efficient, try not to be wasteful in upgrading gear to +4 and +5 until you’ve fully upgraded your main end-game team’s gear set. It’ll save you a bit of valuable time if you prioritize your upgrades to what you will actually use.

7 achievements were added along with the Forgotten World update.

The first 3 listed here are story-related and cannot be missed.

Journey to the Forgotten World

Tread where no Keeper has gone before

The entrance is located in the SW section of Horizon Beach and NE of the Legendary Keeper statue room. The achievement pops as you fall into the Forgotten World. 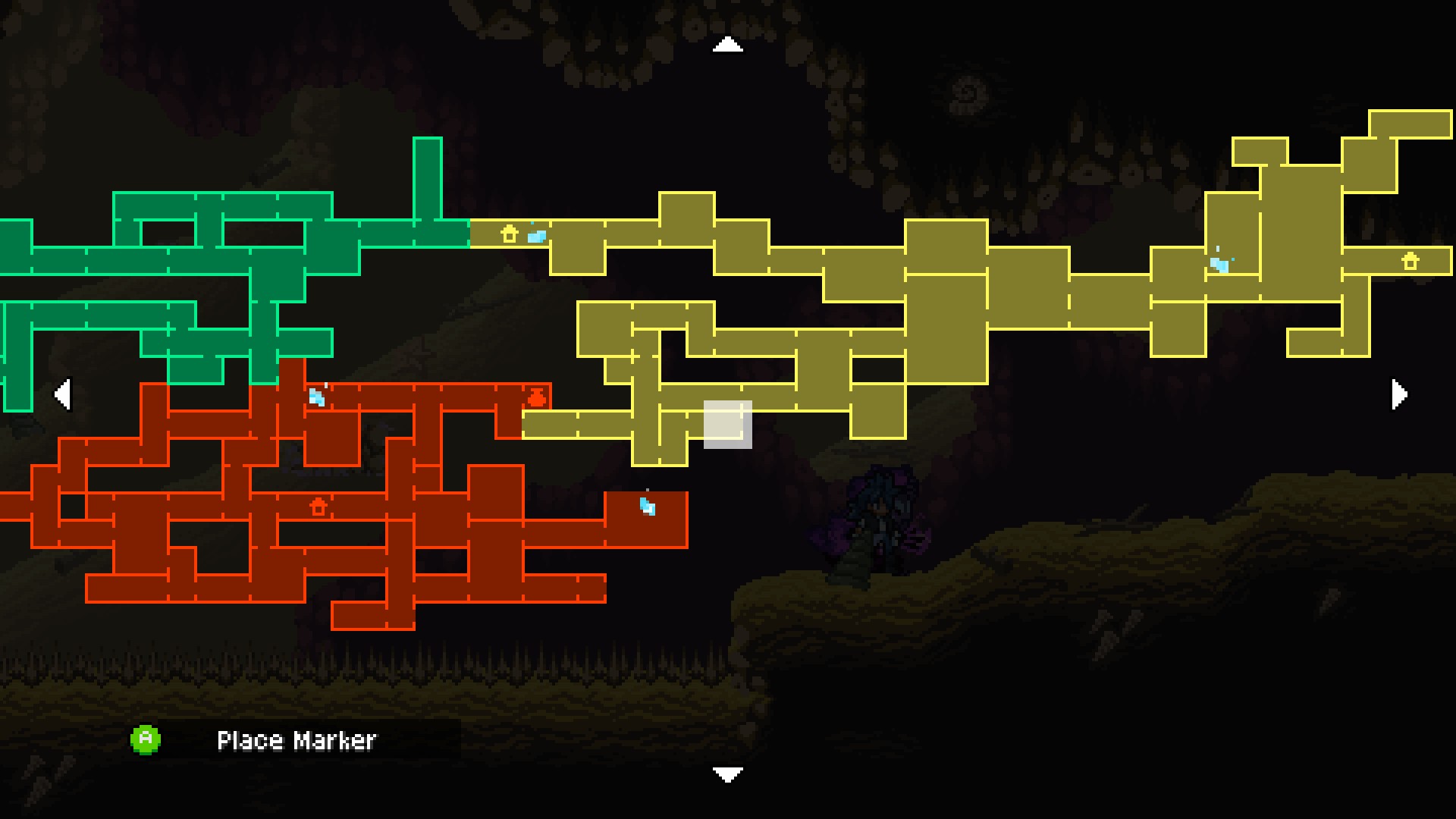 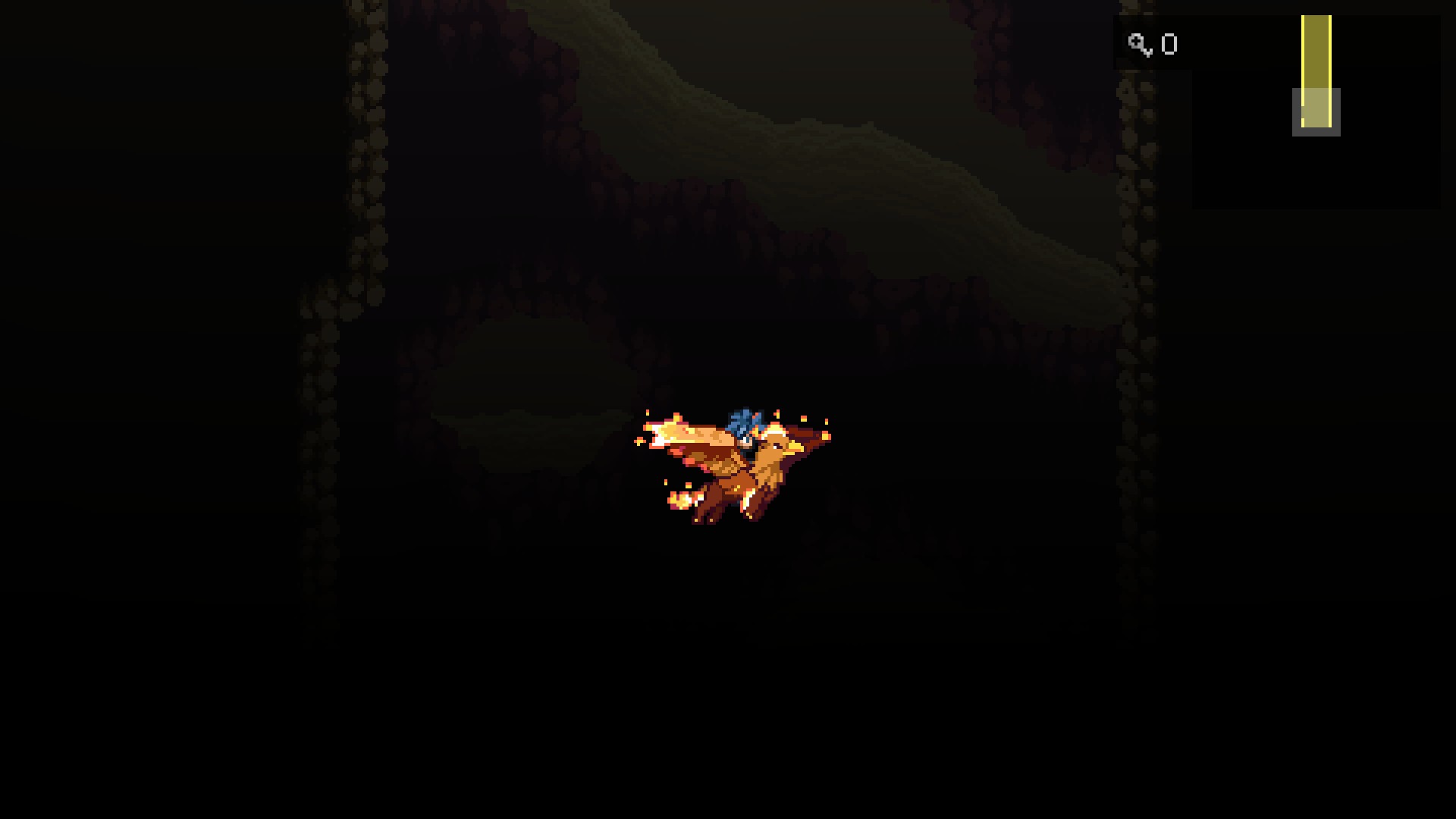 Free the Wanderer from their icy prison

But that’s a tale for another time…

Fully equip a Bard with instruments

Simply equip the Bard (which you receive as you progress the story) with instruments for all slots.

(Looks like you don’t need the actual Bard egg. Thanks to VahidSlayerOfAll for the clarification.) – [steamcommunity.com] 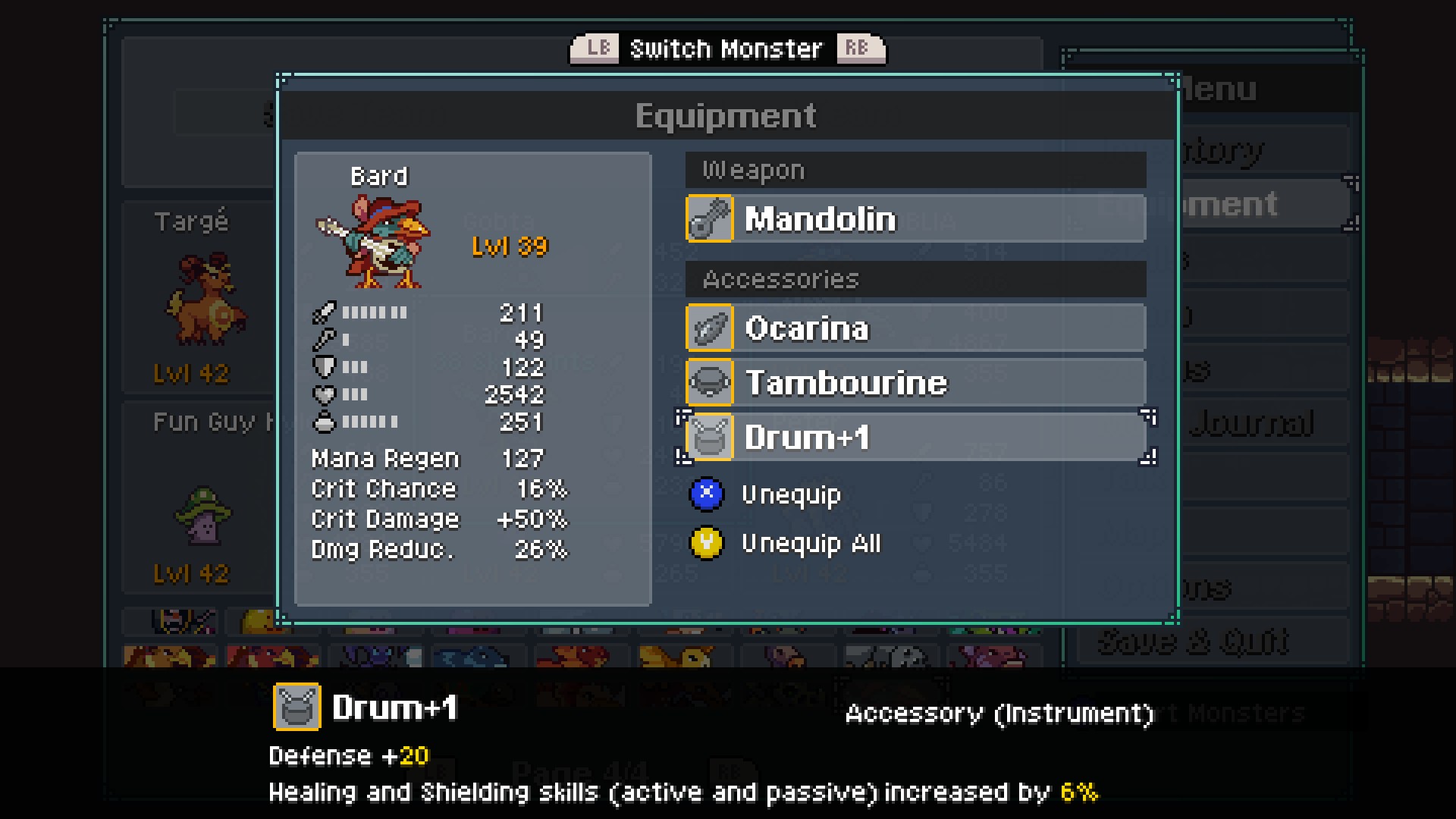 Reach max level with a Monster

Gained via normal progression upon reaching level 42 with any monster.

The Forgotten World DLC introduced 1 new outfit (Dungeon Explorer). It is located in the same room as the Stronghold Dungeon Blob Lock (on the top left corner hidden in the shadows). You will need to activate an ice orb to open the gate to the outfit. (credit: u/CptPhnx) – [reddit.com] 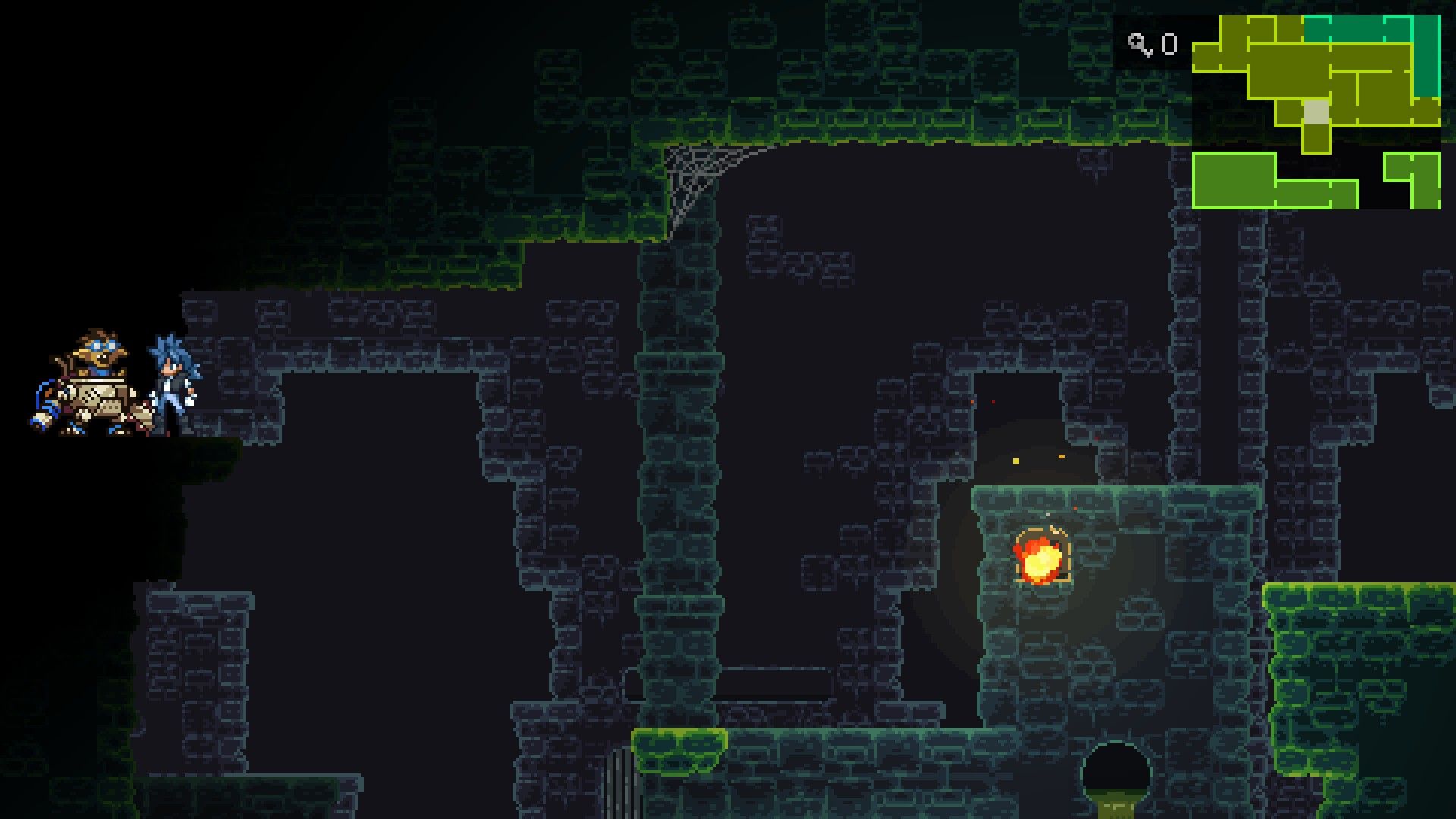 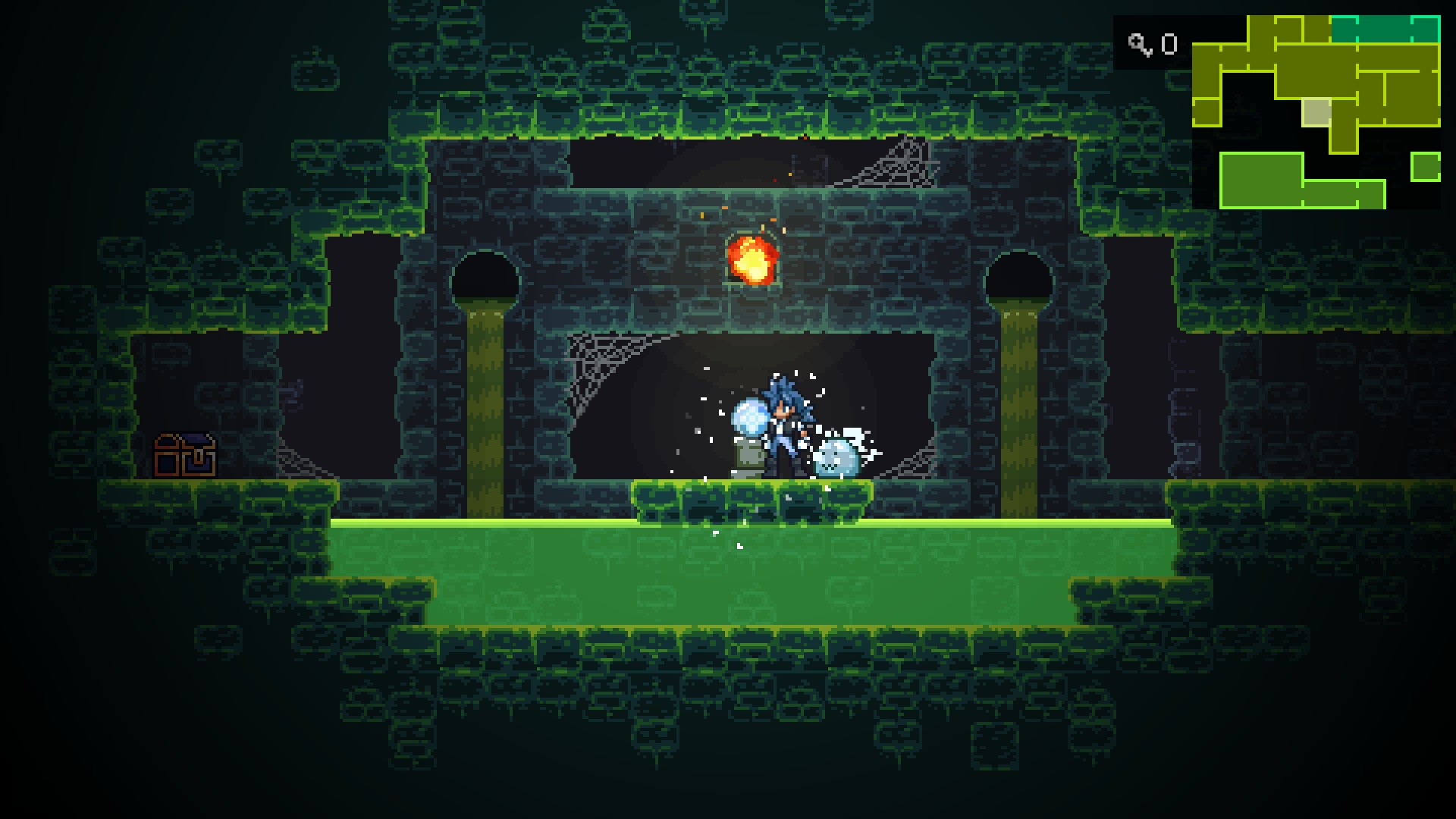 10 new Legendary Keeper battles were added to commemorate awesome members of the Monster Sanctuary team/community. The top level of the statue area has the first 8 battles. The last 2 can be found on the edges of the middle platforms/level. 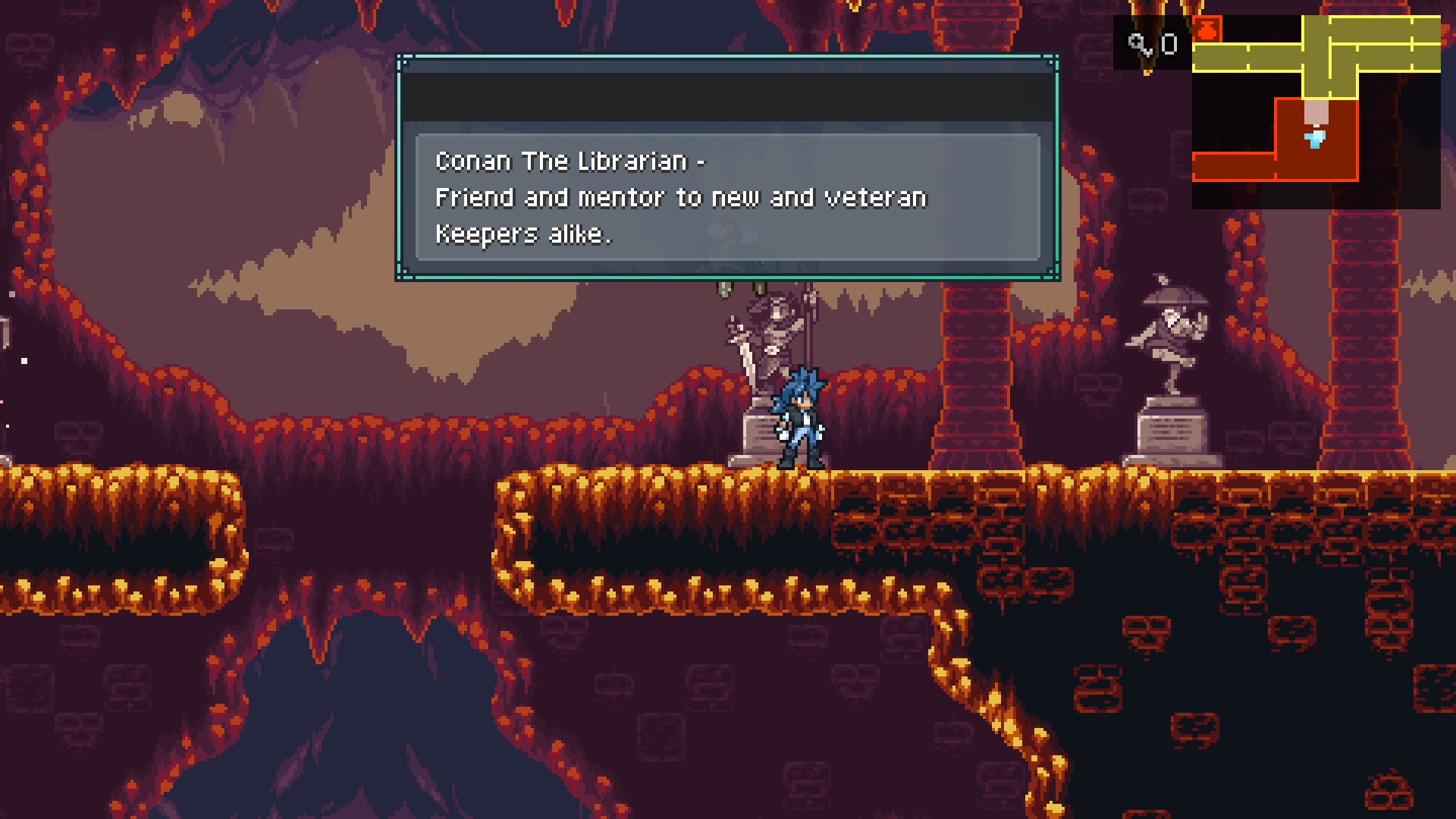 Head southeast from the Blue Caves teleport and search for a waterfall. (credit: u/Eilyssen) – [reddit.com] 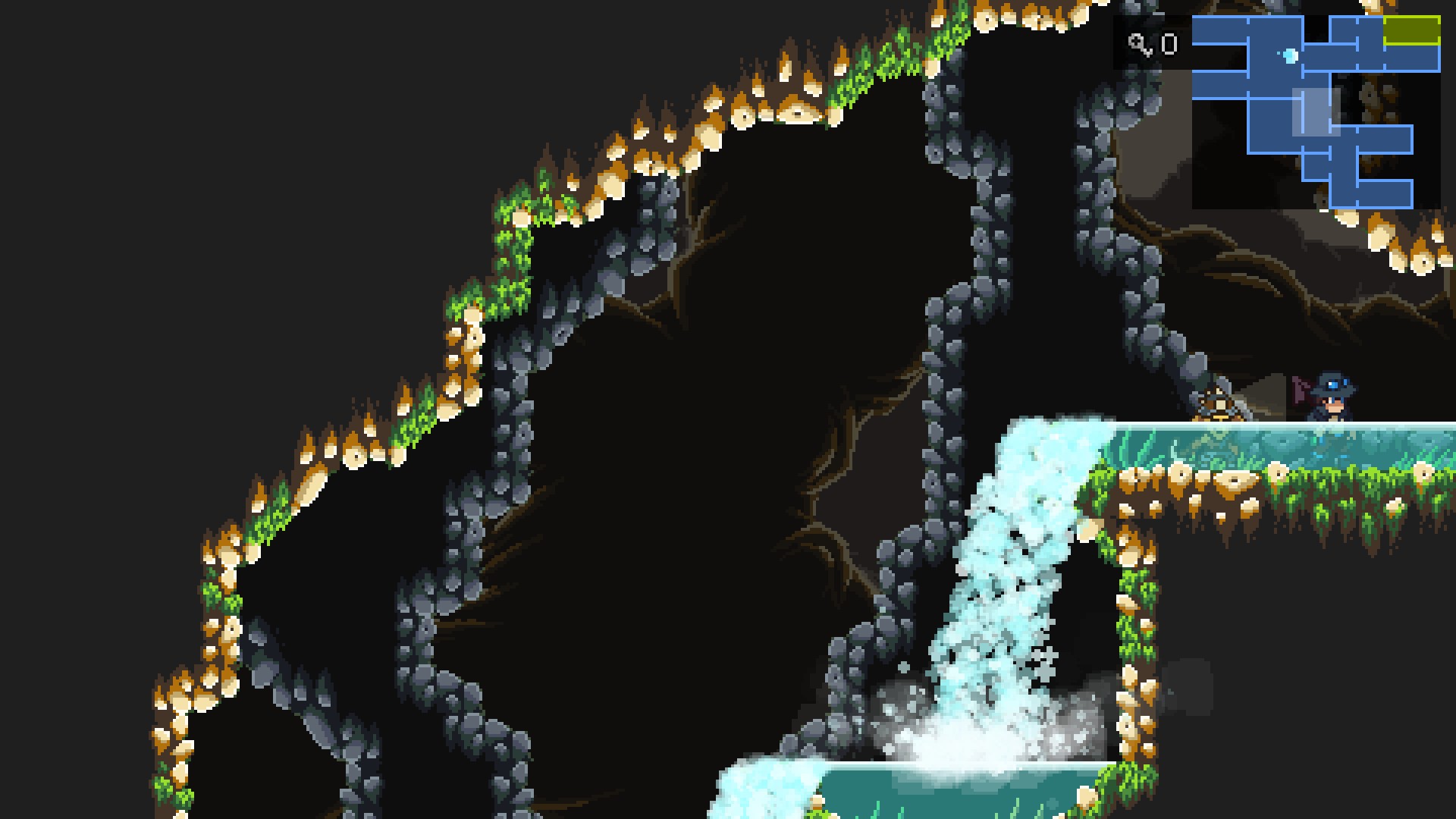 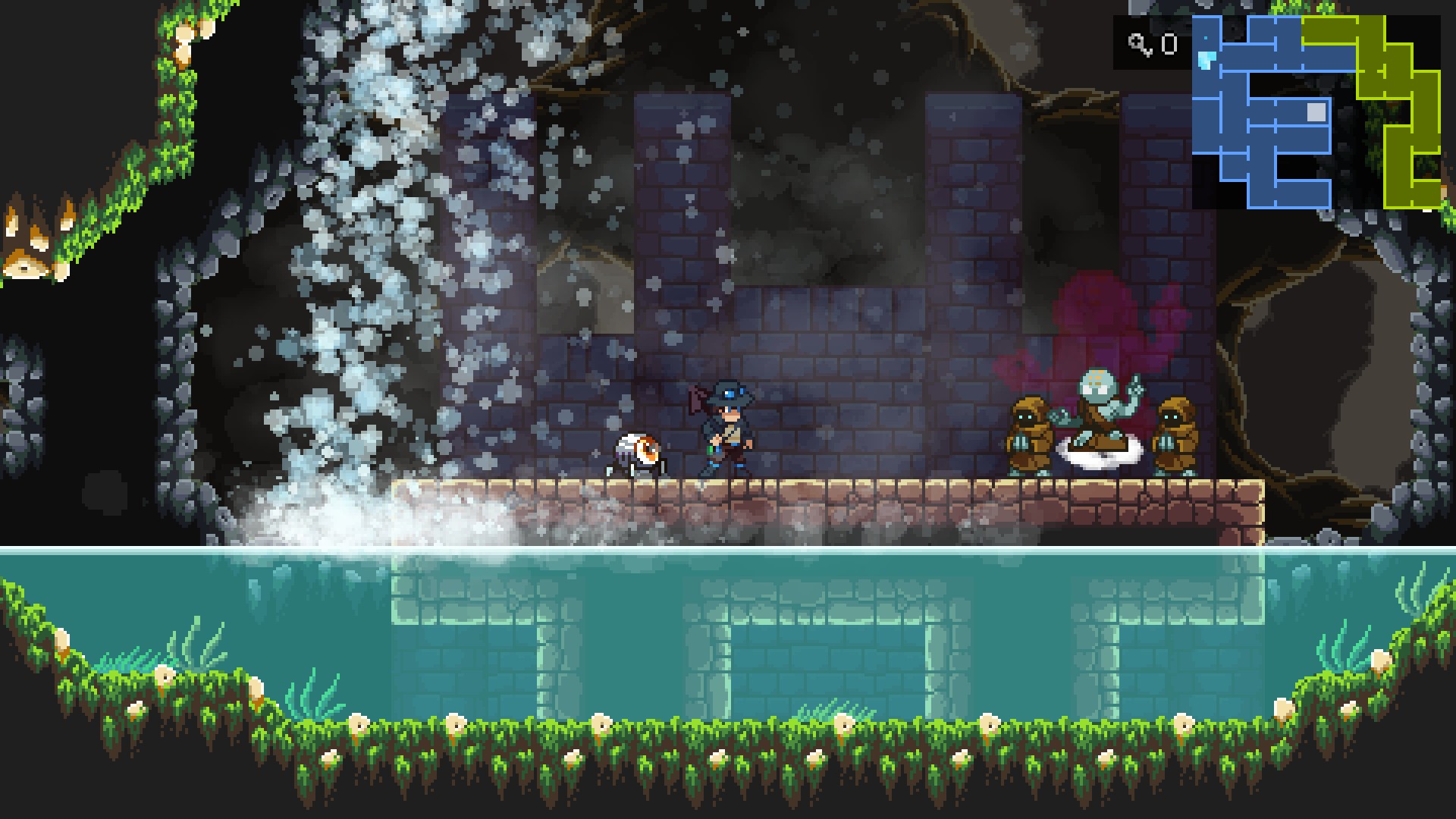 This is all for Monster Sanctuary Full Achievements Playthrough hope you enjoy the post. If you believe we forget or we should update the post please let us know via comment, we will try our best to fix how fast is possible! Have a great day!