Do you want to improve your game in MGSV?? this is the guide for you.


For noobs and no so noobs.


Here I write some unwritten rules so everybody can know them.

I’ve got this game in October 2020, started FOBs on December 2020. My first PvP was at the end of last year and I got my a*s kicked by top players. Since then, I realized that my offline experience with the game was far away from a competent one in online multiplayer, so I decided to plan a strategy to be a strong player as fast as I could without sacrificing my personal life.


I just got 600 hours in this game (when I started to write this guide of course), far less than still noob players (at least in lethal PvP, I’m not talking about pro ghosters) that have like 1.500 hours and can’t have a bronze nameplate yet. I’m not getting fun of them by saying this, I’m just telling you that I played less and achieved things faster by playing less but in a smarter way. I don’t consider myself a skilled player but a strategic and a tactical one.


I’m doing this because I got this knowledge as the months went by, some by myself, some by tips given from some friends. I want to help new players (and not so new) to be better in order to reactivate this community, to have more competent players in PvP, and to prevent noobs to use cheats because they think top players are cheating or because they don’t know how to enhance their performance. I want to prevent more “Jarl Valdi” kind of players to exist LOL.


I apologize beforehand if some ideas are not clear enough, my native language is Spanish.

What we want to achieve with this guide is to be a strong player as fast as we could, to be able to do that, we first have to plan a clear strategy. The term “strategy” is derived indirectly from the Classic and Byzantine (330 A.D.) Greek “strategos,” which means “general”, so we must think first as a general and then act as the “One Man Army” Big Boss and drug and arm prosthetic enhanced Venom Snake. That’s the difference between strategy and tactic.


Before planning, we must acquire a strategy mindset following the next principles:


1.- Think ahead about your long-term goals.

2.- Choose which battles to fight and which to avoid.

3.- Keep your emotions under control.

4.- See things as they are, not how your emotions color them.


Here I have an opinion about playstyles (I will talk about this at the end of the guide), for me, there are three general playstyles:

5.- Judge people for their actions.

6.- Depend on your own weapons.

Now it’s the turn of the soldier’s mindset. In the battlefield, you must be present in the here and now. With the general´s mindset you need to be 10 steps ahead of everyone, but with the soldier’s mindset, you can only be 1 or 2 steps ahead of your enemy. You have to put yourself in your enemy’s shoes, so you can anticipate their actions and act accordingly. That being said, don’t think about what you would do in a particular scenario but think about what your enemy would do, and that requires to separate yourself from your ego.


The most important thing about this is that here we determine the “How” of our strategy. How we get our items/weapons sooner. How we improve our game. How we trick our enemy. How we can dissuade players to attack us, etc.

Probably, when you get started in this game and you don’t know anyone who plays (that happened to me at the beginning) you won’t get the chance to have any PvP, and when you start to get a higher espionage rank, you start to find some players that could defeat you easily. Or worse, you get your first nuke, and some top player came to steal it from you. In that situation you may think: “OMG that player is cheating, I shooted him/her many times and he/she never died” or “WTF was that teleportation thing?? Or “What was that blue bubble that protects him/her??” “WHAT?? I got disconnected?? I have a perfect internet connection… Impossible”. All those things can make you think that they are cheating, but that’s not always truth.


Well, my friend, here are some explanations for those things that can confuse you as a noob and eventually, can motivate you to cheat, but before doing that, keep this in mind:


*.- There are some items you can unlock once you get enough points in the “Event FOB mission tab”. Some of them are:

*.- And here’s the explanation of why those players are really tough to kill: 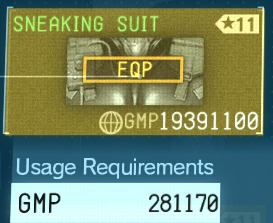 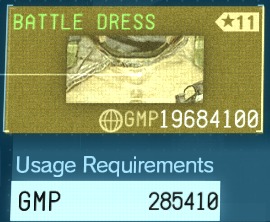 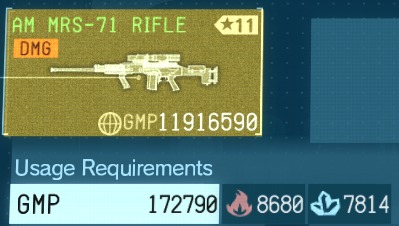 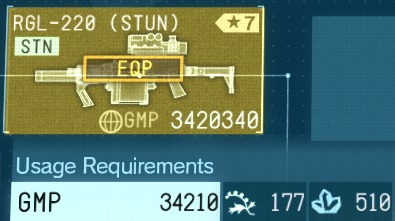 And about the internet connection problems, usually have to do with the connection of the host, who is always the invader. I don’t know about it that much in this moment, so I will update this guide in the future in the matter. I’ll appreciate if you contact me to help me with info about it.

Getting the right equipment

First things first: you must get the necessary equipment before anything, and for that, you need to build completely your FOBs and get high rank staff (S, S+, S++). That way you can process materials faster and get the levels needed to get development requirements sooner.

How to speed up the acquisition of resources

All your Base Development Platforms must be fully constructed and be max leveled (lv. 162), therefore, focus on that platform as a priority after Command Platform.

How to build up your FOBs in a smarter way

When you’re building your Platforms, you’ll be vulnerable because of the less decks available to make your enemy way harder to the core, so, in order to be less vulnerable, or at least, be vulnerable once in one front at a time, here are some tips:


On any new FOB you acquire, this is the order I propose to build your platforms:

Is very important that you develop one platform completely at a time and not every platform at once. You delay the build a little, but you’ll be less vulnerable to invaders. (Keep this in mind if you try to have a life outside the game, but if you’re fully committed to the game, this tip may be trivial as you may be playing more and stealing more resources from your enemy)


Yes, most people don’t like in-game purchases, but if you value your time more than your money, you should give it a try to speed up FOBs build process. DON’T USE THEM TO SPEED UP EQUIPMENT DEVELOPMENT (before getting all FOBs done) NOR DEPLOYMENT DISPATCH IF YOU DON’T HAVE ENOUGH VEHICLES.

Here are the resources you can get if you enter to the core of a certain platform:

Ideal order to develop your equipment

As time and resources are limited, you should develop your equipment in a smart order, here’s my approach: 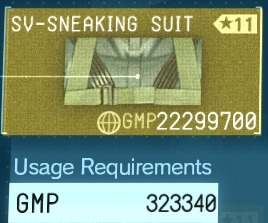 Here you have 3 options:

(Here I mention the weapons to develop first before anything that is not mentioned): 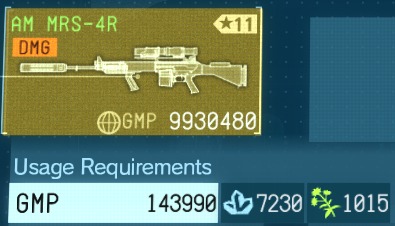 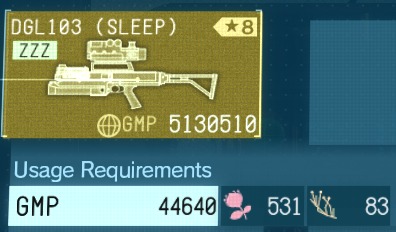 b.- PRIMARY WEAPONS (BACK) 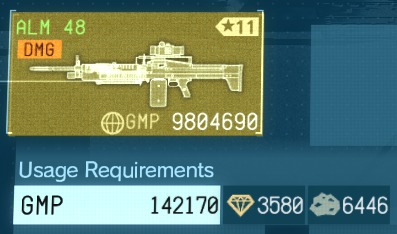 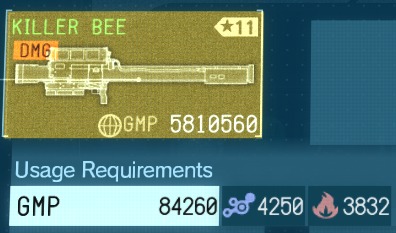 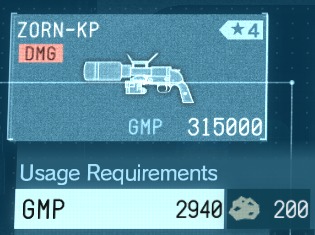 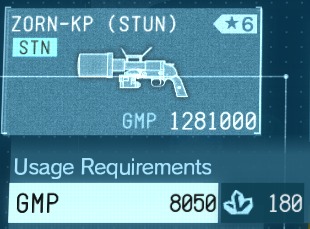 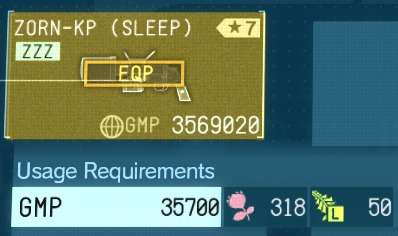 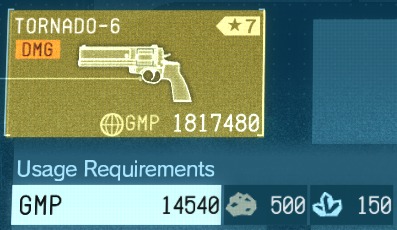 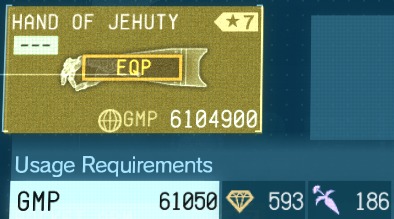 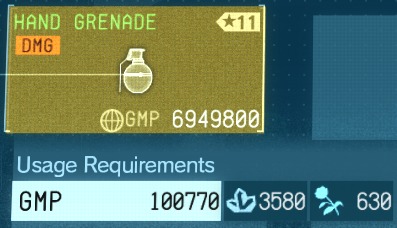 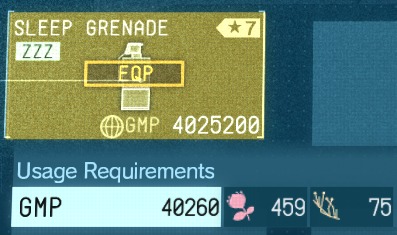 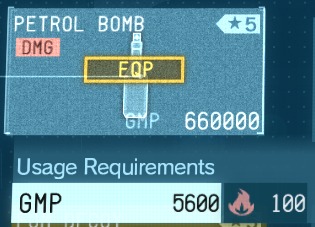 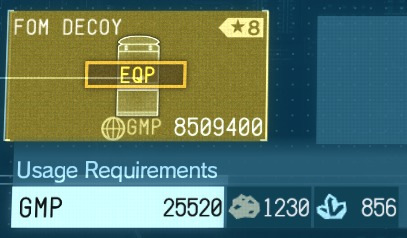 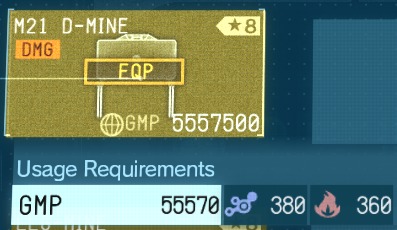 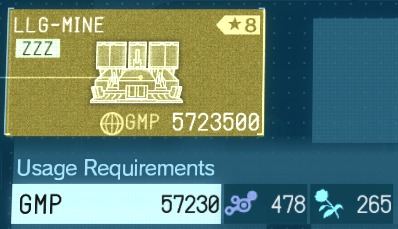 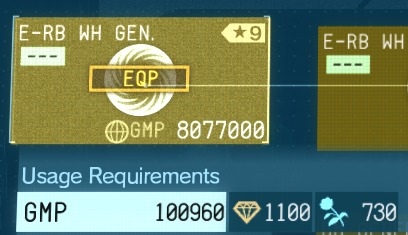 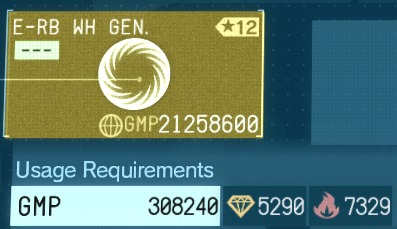 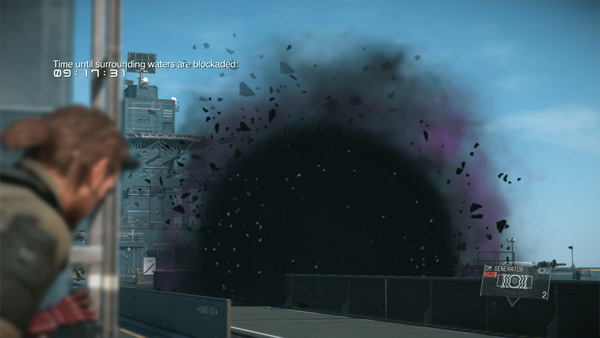 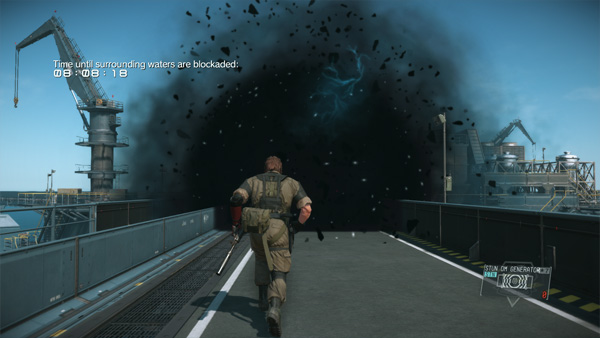 As you can see, there is a lot of equipment that you must develop to have better chances. Don’t waste your time developing equipment that’s not on this list unless you want to try something different, but for PvP standards, this is the way to go.

As in any discipline that requires your body to move, like sports, or dancing, etc. You have to know the basics first to then, gradually, start doing more complex movements. And while playing, you need to move your hands basically (and your arms in case you play with a low mouse sensitivity). As your experience increases in the game, you’ll discover naturally some knacks in the mechanics. But I’ll show you the ones I’ve discovered by my own and by studying other players videos, so you can learn them faster and SolidEasy.

The Kojima’s Lateral Thinking manifesto par excellence. By now you should know all it’s applications. But focusing on lethal PvPs, it has two main uses: 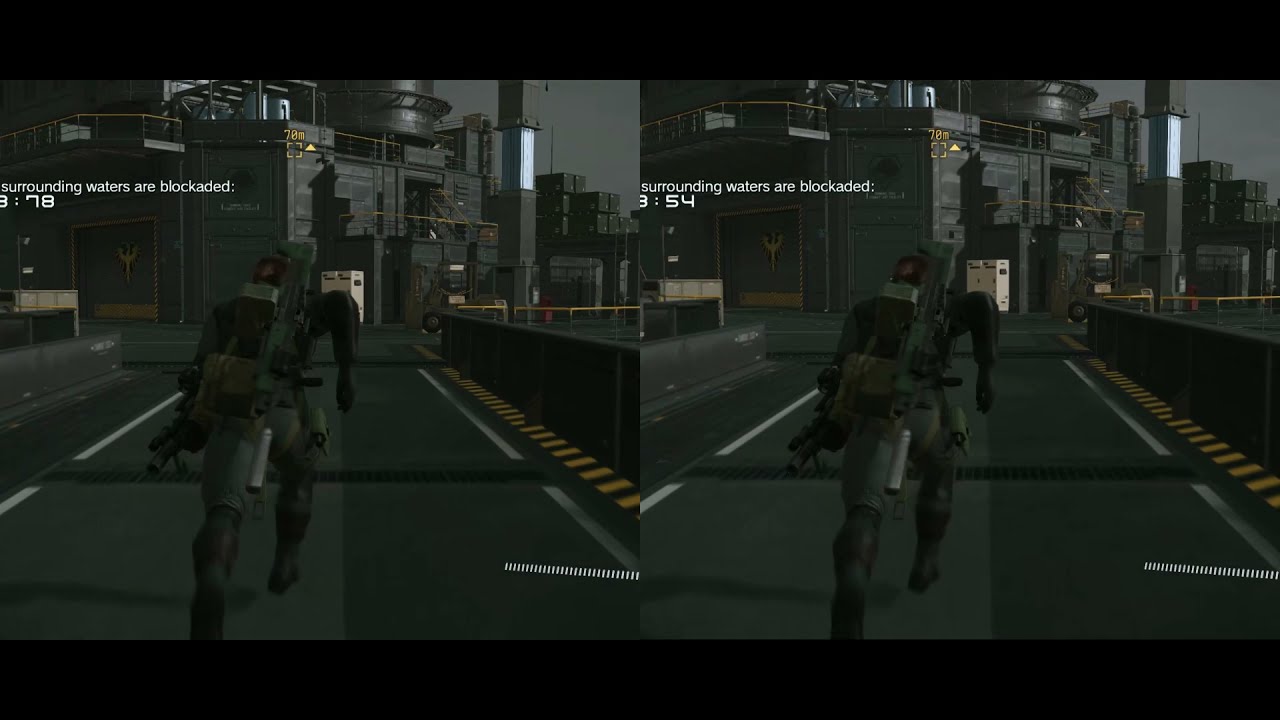 The secret animation to control way better your character is the aiming action. 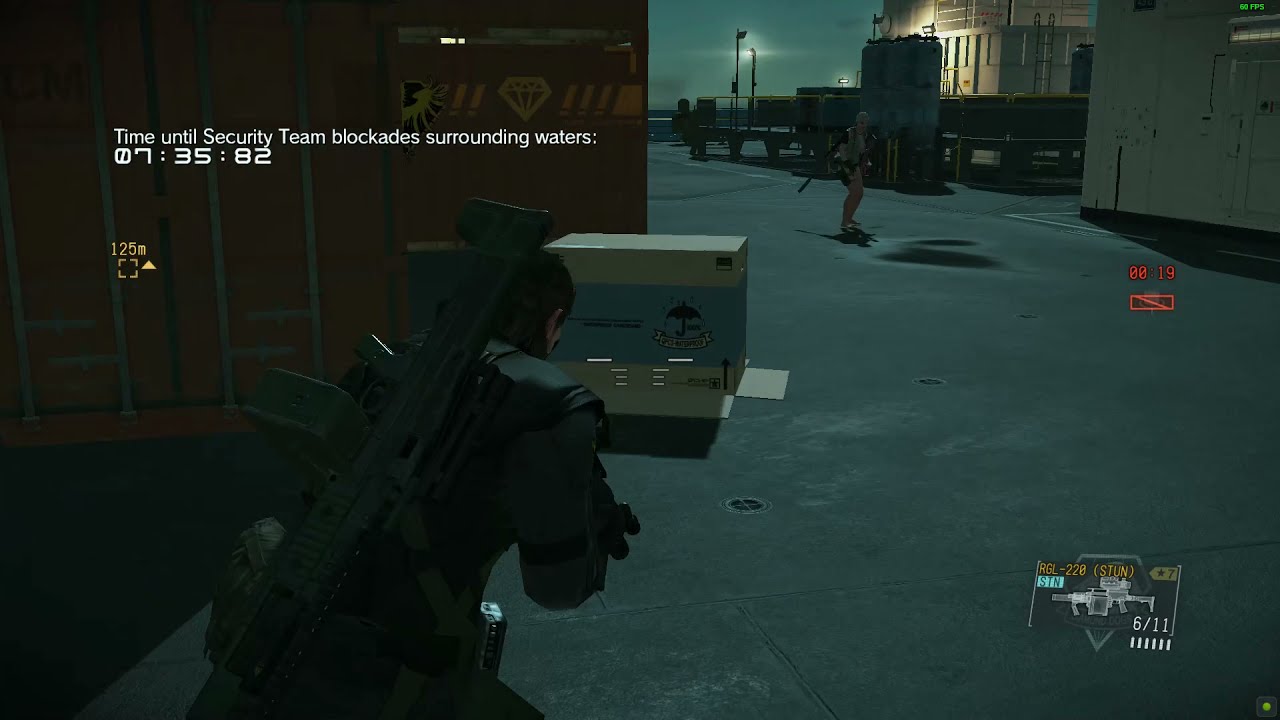 The exploited move that can break the game mechanics as it were meant to be, for your own benefit:


Combining drugs at the same time

It is important that you be in crouch position if you’re going to CQC, because:

How to train properly

Consists in invading your ally’s base but with these rules:

You can dispatch so you’ll train as if it were a real PvP situation. Because of that, both you and the other player risks espionage points.

If you want to play with your allies, keep this technical things in consideration:


a) Between two players, if one of them (and obviously, both too) support the other, both of you couldn’t see each other in Security Challenge tab if have it enabled.

b) If you support each other, you still can attack yourselves:

If one of you have their base blockaded, and want to let it available again, the owner of that base have to enter a random base and get to the Sortie Prep menu, and then get out, is not necessary to actually enter the base. And done, your base is open again.

Since I started FOBs, I have played with several kind of players, those who use some kind of setup and those who use other. I have also found players who react with hostility and tried to humilliate me if I used certains items and stuff (There are a lot of players who upload videos on YouTube mocking about those who use Energy Wall or Autowormholes)


With time I understood the reason of their behaviour, and here it is: There are some unwrritten consuetudinary rules that, they think everybody should know, and this causes misunderstandings between players. The only reason I can imagine for this is that some people have their ego so big (as childs do) so that when they discover or learn something easily, they think that everybody should know it, and if you don’t, you’re wrong or crazy, or a ♥♥♥♥♥.


So, the only solution I’ve figured out for this, is to write those rules once and for all (I’m a law student by the way, so I feel the need to do this for a good coexistence between players who plays in good faith)


Here is my proposal of kind of playstyles, so, if you’re going to play with someone, you can easily use the name of the playstyle and that’s it, no more explanation.

• Watch pro players videos and get inspired by them.

• ASK if you have any questions.

• Read this guide with attention to detail, especially the mindset section, it may help you with all areas of your life 😀

• Enjoy this game and keep it alive.

• Don’t cheat, or at least, be man enough to admit it (I respect that honesty).

I hope this guide helps you to improve your game, and I hope it helps getting this game alive again, with more competent players in the present and the years to come. The way to go is having the correct mindset, know how to get the right equipment, the tricks that will help you being a better and stronger player, and most important, practice, practice, and practice but in the right direction.

This is all for METAL GEAR SOLID V: THE PHANTOM PAIN Gameplay Tips + Strategy Guide hope you enjoy the post. If you believe we forget or we should update the post please let us know via comment, we will try our best to fix how fast is possible! Have a great day!