This is the humble 100% achievements guide for Mercenaries: Rebirth. I hope it will help you save time when you decide to complete the entire game. The allowed time to complete the series will be between 50-60 hours for those who are new to it. It will go much faster if the guide and spreadsheet are understood. Enjoy!

If you find this guide useful, please consider sharing it with others.

You will not unlock the lower difficulty completion achievements if you win the Maniac game. You must complete the game at least 3 times to achieve 100%. Hard and Maniac difficulty will not be available your first time.

What are the differences between modes?

This in mind, EasyA is the most efficient difficulty to farm because it's just quicker overall. SP, Gold and Magic Items All carry over to NG+ Regular items (colored white,) and consumables do not.

The differences between routes (, other than the bosses), are as follows:

As one of her main selling points, you get a support/mage hybrid Character with Item Potency for your 7th or 8th character slots. You also get a assassin-type Character.

You get an avenger type character with Sasara strike (. Swagger is not included. You get the best mage in game, with unlimited range and access the strongest Dark Magic in game. Talk route is not available until you beat the game.

You can grind to level 99 in this mode using Silas’ Earthquake. For killing/eliminating higher-level enemies, there's a huge exp bonus. For doing the opposite against lower level enemies, there is a penalty. The penalty is not applicable after a certain level gap. It can't go lower than one point.


Farm Puzzle Pieces along the way Stellar Steed Free Battle (FB) You can buy all the class Scrolls (6 characters * 2 Class Scrolls * 2 Puzzle Pieces each = 24 puzzle pieces required) for your main 6 characters. I didn’t bother buying scrolls for 7th and 8th characters because once you reach the end-game in easy mode you will breeze through the final chapter and you won’t see the duel-exclusive characters (again if you are only going for 100%). 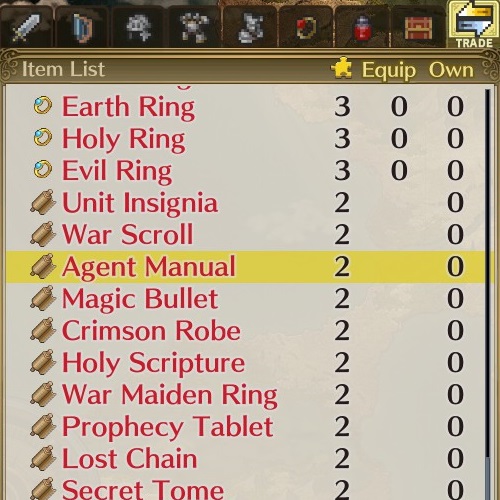 Once you have enough SP for all the Main Character's (Irvin) skills maxed, you can quit grinding with everyone and just pick Silas who can solo 1-turn for fastest exp and gold. The 7th/8th character in other routes gets the same starting SP level as Irvin. 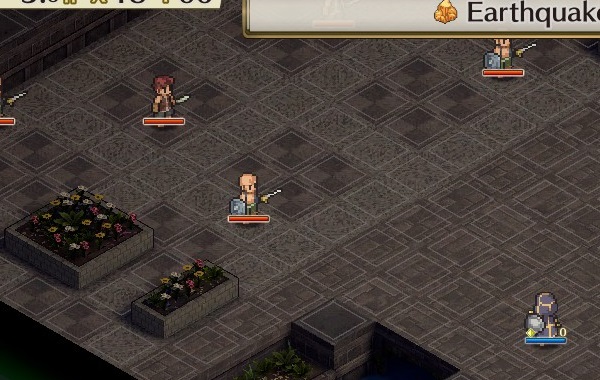 After each battle check the magic item section of the shop for the following stats.

This list is sorted in order of most to least value. Because Anastasia will always be able to refill MP, MOV+ is higher than MPR+%. Item Potency gives you greater MP-AoE effect.

Note: The RNG will determine the highest version. If you are unlucky, the best way to find the highest version of these stats is to combine) them until you get the desired result. This will be a lot more expensive than gold. To create an invincible 6-man squad for more difficult difficulties, you must equip 6 characters at a minimum with +100 ALLRES and +100 PHYS-RES. These last 2 gear sets may be chosen, but they will require 1 Mithril Heavy and 1 Mithril Mage sets. Check out the Resources category Below is a link to an insane spreadsheet which has a shopping checklist (and lots of useful information). It is much slower to grind this in Hard mode, so I don't recommend it. You can even start the Dungeons of Trials, the most difficult content, with all the resistance gear sets that you have in Easy.

If you have successfully farmed that resistance gear and the fatal+petrify), my recommendation, then the next two runs will be very easy. Except for the third boss in Third Route (who can damage you beyond your full resistance with a move called Abyss Shock), you will be basically invincible.


If you completely ignore (yellow glowing objects on the ground), and the treasure boxes, you can save a lot of time in the next few runs. The SP you get from opening chests is a fraction less than you would normally receive, which you probably didn't need as you already had enough SP. Do not be afraid to kill the story battles (text) quickly as EXP can easily be obtained when you are less skilled at attacking/finishing higher level enemies. It's even more simple when Silas' Wisdom skill is (+100% extra). I use FB for balancing my party levels. Silas are brought along to buff the underleveled characters and set them up for big AoE wins under the +exp% effects. I only bring Silas along with the underleveled characters because speed is my main goal. 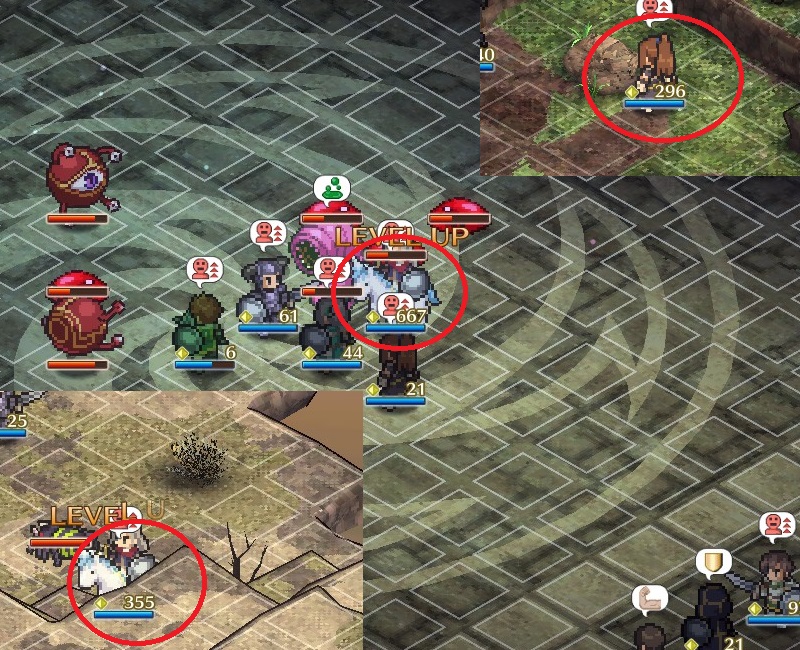 
Once you have your last 2 characters, I recommend that you start the EX battles. They aren't difficult and you can master all the mechanics if there is enough resistance. For brief descriptions of each battle, refer to the EX Battle category.


After beating all EX Battles it's time for the Dungeon of Trials. See the Category Dungeons of Trials For more information, click here

Similar to Hard mode, only that your enemies are larger and more powerful (. This makes it very impactful on any mages you may have that might be lacking PHYS RES). This doesn't mean that you can resist all of it. Maniac was completed within 6 hours. This is due to not having to do the EX Battles or the second half of Free Battles. Remember to level up your party if they fall below the recommended levels. There is a Reference Level on each).


Nothing special. Just 4 robots with different weaknesses/resistances. They can heal their own wounds and cast appropriate elemental magic, but that is all.

Brawl within the Mines


Same as above, but with different colored golems and varying levels of resistance against Fire and Physical attacks. PHYS-RES and FIRE-RES can be used to nullify all damage sources. This is a great level to farm Puzzle pieces in case you still require them. Each golem can give a puzzle piece (, which gives you a total of 9 pieces. If you Steal, you get 9 pieces). The magic shop has the Bandit's Shoe item that will speed up the process of stealing. It will greatly increase your chances of succeeding in stealing.


Kill the towers (strong to dark element) before they summon more minions. The Golden Knight has a dark pbAoE strike, a holy basic attack, and an earthquake attack. 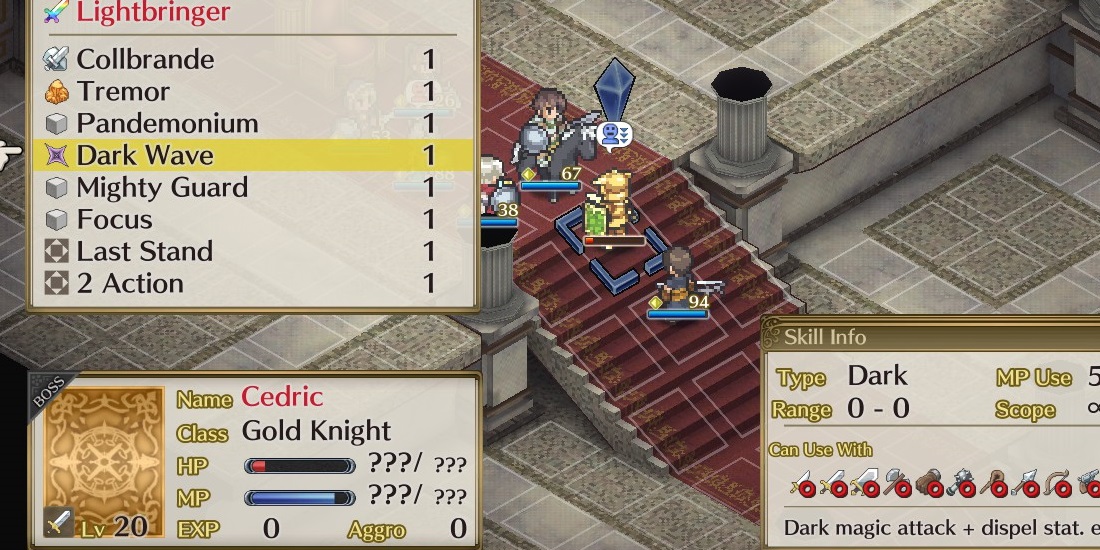 
Again, kill the towers (weak to dark)) for similar reasons. The unicorns are mobile, have a pbAoE petty attack and an AoE Holy attack. Eugenia is a Tonberry-like death move, which ticks down at each turn. Bring HOLYRES and PHYSRES. Clifford/Douglas’s Rebirth Exceed, Mana Delpletion, will stop her annoying attacks. Ice magic attacks may also be available, so stack them until she dies. 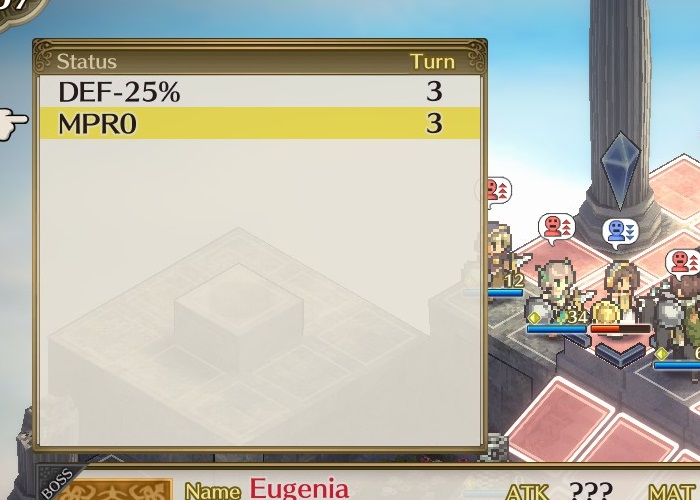 
This achievement is not recommended if you don't have full resistance gear.

Use Irvin’s Leader skill, "WeaknessFinder" (enemy weak points to hit 100% of the time) to make sure all your attacks hit. Holy attacks are only possible on 7/10 floors. This means:

Floor 5 – Unable to use FIRE or EARTH

Floor 9 – Everything is weaker to Dark

Floor 10 – Everything is weak for FIRE and WIND, except for ('s golem.) is the only WIND.

You can find more details at the Resources category. An excellent spreadsheet was created that gives you all the information you need in order to beat the game.

Dressed up party member to appear like a mascot


After unlocking the Bean Hat & Plant Suit via free battles, this is the fastest way to get thist. To trigger the achievement, simply equip these. 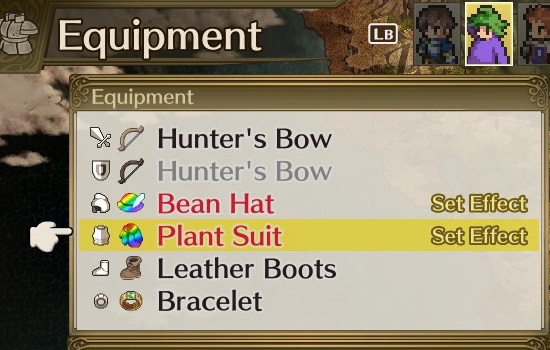 Traded a puzzle piece to get rare equipment


Rare equipment is located at the end of the regular shop menu. You can find puzzle pieces by completing story/free combats, stealing from enemies, etc.

Use Synthesis to create a magic object


Synthesis is an option that can be found alongside the shop menu. It converts magic items (blue) stats into any weapon for a cost. The first slot can be either an (white blank) or a magical item. However, the second slot must be a magic Item.

To create a magic object, I used 20,000G for synthesis 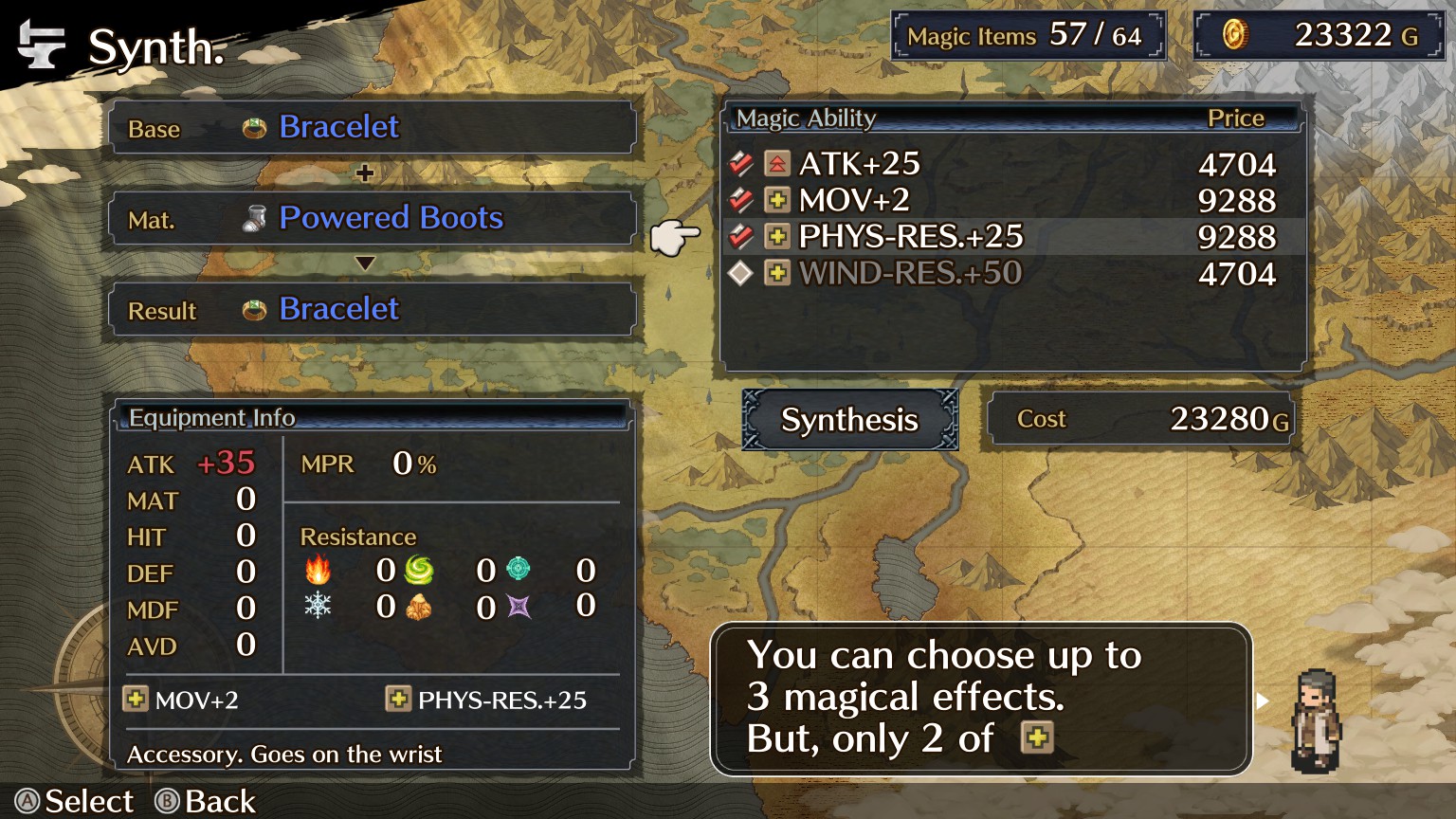 
Your exceed skill is at top of each character’s skill list. Once the green bar in the upper right corner of your screen is full, you can use it. It takes approximately 3 turns for a 6-man group to charge the green bars to 1 full charge.


Congratulations on completing Mercenaries Rebirth. Feel free to leave a comment below if you have questions. I will respond as soon as the information is fresh in me memory.

The truth is, there was only one resource that I needed to beat the game and create this guide. Below is a spreadsheet with many useful tabs. It includes a shopping list, a breakdown for all dungeon of trial enemies, leader/character skill, and many more. I was considering making a Steam character guide, similar to what I did for the last game. It was a redundant effort, however, once I had read it. I don't know who wrote it, but if you do, please let me know.


This URL was not properly formatted because Steam filters them out.

Here we come to an end for Mercenaries Rebirth Wild Lynx Achievements Walkthrough hope you enjoy it. If you think we forget something to include or we should make an update to the post let us know via comment, and we will fix it asap! Thanks and have a great day!