In this tutorial, I will describe the way I fixed the FatalErorr error that I got after purchasing a new monitor with a higher resolution.

After buying a new monitor with a resolution of 2560×1440 and it, as if nothing had happened, I just changed my old settings (1680×1050) to the coveted 2k. It would seem that life is getting better and no problems should arise …


For two days I tested the monitor in various games from shooters and MOBAs to MMOs and strategies, there were no problems even in old games …


And now, after two days of tests, I launch the first game on UE4 (Mordhau): the game starts … it takes a couple of seconds of the loading screen … and the game crashes offering to send a crash report. At first I thought it was an isolated case, but after ten unsuccessful launches in a row, I realized that something was wrong.


I decided to double-check if everything was okay with other games and they all started quietly even in the old resolution, but not Mordhau, I already spat on the game and decided that I would deal with it later, then I decided to launch Medieval Dynasty (the second game on UE4) … And she gave absolutely the same signs as Mordhau, flatly refusing to start, giving a FatalErorr error after passing all the logos. 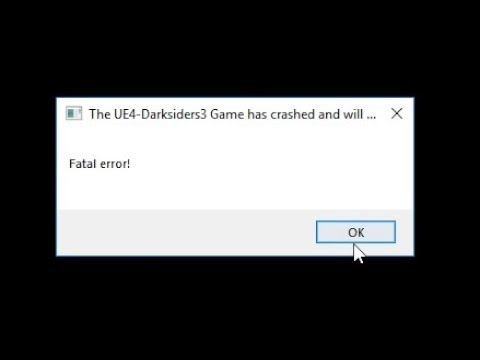 And then I already realized that the problem is not in a specific game, but in the UE4 engine itself.

2. Search on the Internet.

Having thought about it, I decided that I could find the answer on the global network. And I was not even mistaken with that. Back in 2014, people were describing this problem in various games on the UE4 engine. They all came to the conclusion that the problem is that the engine cannot start in full screen mode with graphics settings that do not match your monitor settings.


Many suggested changing the settings of your monitor to the old ones and then changing the settings in the game. Also, some said that through the launch parameters you can put -autoconfig, which should reset the settings to default. Some were talking about the need to delete local save files and settings. Someone even claimed that deleting the cloud files of the game helped him.

3. Results of the methods.

1. Changing the monitor settings: changing the resolution from 2560×1440 back to 1680×1050, I start the game with complete confidence in victory, but this does not give the desired result and it continues to crash with the FatalErorr error


2.-autoconfig: in the hope that resetting to standard settings will correct the situation, I prescribe

-autoconfig in launch options and start the game again. But nothing happens. 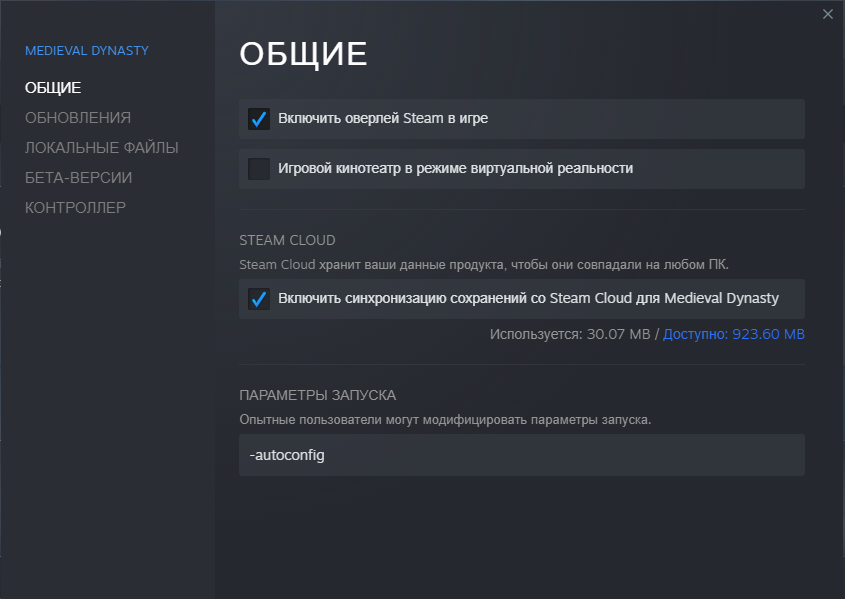 3. Deleting local files: After the second failure, I delete local files with settings in C:\Users\username\AppData\Local\Medieval_Dynasty\Saved\Config\WindowsNoEditor\GameUserSettings.ini. But neither complete removal nor change has borne any fruit.


4. Deleting cloud files: After the unsuccessful third point, I decided to turn off cloud sync and repeat all the steps of the third point again, but nothing happened again.

After all the unsuccessful attempts, I decided to try the easiest way. In the launch parameters of the game, I set the commands: 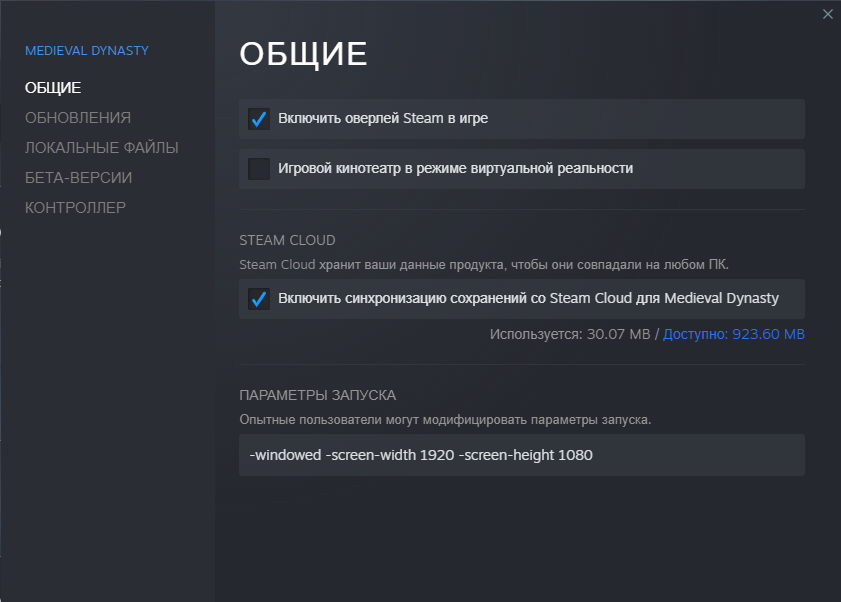 And lo and behold, the game quietly started in windowed mode and allowed the settings to be corrected to the necessary ones and then started without any problems …

Runs the game in windowed mode

Screen width in pixels, you can enter your any value

Screen height in pixels, you can enter your any value


After successfully changing the settings, close the game and remove the commands from the launch parameter.

Problem solved! We are great!

We set the launch parameters.

This is all for Medieval Dynasty Fata Error Fix in Game Tutorial Steps hope you enjoy the post. If you believe we forget or we should update the post please let us know via comment, we will try our best to fix how fast is possible! Have a great day!