This guide is intended to highlight some of the l4d/l4d2 campaign that have been “remastered” by the modding community.


I’ve tried to find as many as i could in the workshop that could be posted here so player that never played these could experience them.


So far the “remaster” that i have been able to find the l4d2 campaigns are these:


For Dark Carnival we have [Dark carnival: Remix]


For Hard Rain we have [Hard Rain: Downpour]


For The Parish we have [The Parish Beta: Waterfront]


Note: for Swamp Fever and The Parish: Swamp isn’t exactly a remaster but more like some subtle changes, meanwhile The Parish is what the beta of the map would have been.


Now we pass to the l4d1 campaigns and these are the remaster i was able to find:


For No Mercy we have [Fairfield Terror]


For Dead Air we have [Left 4 Dead Modified: Dead Air]


Note: i was not able to find any remaster for dead air or crash course but i still wanted to include them just like swamp fever since it has minor changes to the map.

In this section i will go a bit in depth of the map showing some pros and cons.


The first on the list is Dead center: Rebirth. 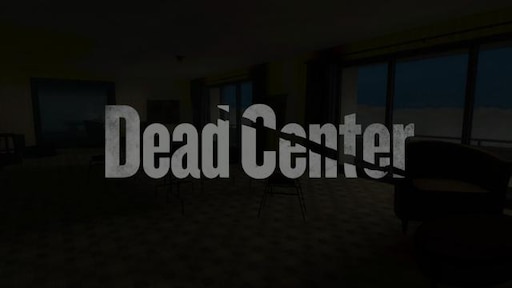 This campaign is set in the middle of the night where our survivor try to escape savannah while fighting the infected.

Already from the start theres some significant changes to the layout of the map by being able to go down on the roof of the hotel and take a secondary stairway to reach the bottom floor.


Chapter 2 is changed with a different path to reach the mall by taking the ramp that is instead blocked in the vanilla version of the map, meanwhile chapter 3 mall is filled with fire and a more interesting layout.

Last chapter takes you to the roof of the mall where you will need to start 2 generator to be able to reach the bottom floor and proceed to escape with the car, thus removing the scavange section of the game and instead adding 2 scripted tank, making this finale quite easy.


nonetheless this map is really well made and should be given a try.


Next on the list we have Dark Carnival: Remix. 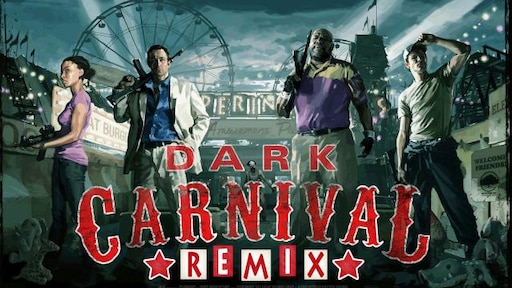 This is one of my favorite custom campaign remix out of all of them.

This map is really an improvement from the vanilla version of dark carnival with much more detail to the location and overhaul space, making it feel like a real place


Overhaul chapter 1 remain the same with improvement to the map and the removal of the drop point unlike dark carnival.


Chapter 2 to 4 are also greatly improved in terms of quality with much more building and themed park rides and the addition of the ferris wheel that we never saw in the original map.


Chapter 5 takes a bigger turn and starts off with a small scavange hunt for gas can to power a train and then proceed to the stadium where you will need to interact with different button to progress through out the finale.


And on top of this there is a secret ending obtainable by gathering 5 coins scattered around the 5 chapter.


Cons: it’s really hard to find something to hate about this map, but maybe the only problem with it is right near the finale where you need to kill the tank before escaping while the horde doesn’t stop,

making it a bit of a frustrating escape if you don’t have a bile or some pipes.


Now we have Swamp Fever: Drought. 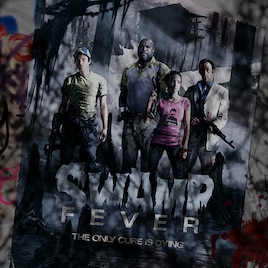 There isn’t much to talk about this map since its simply Swamp Fever with some minor addition, but regardless its still an improvement from the original.


Pros: already from the start we have a some changes to the spawn and location of the chopper, where it crash landed and we start inside the small gas station store instead of the train, it also has a much bigger vegetation with more trees and plants.


Cons: after chapter 1 there isn’t much changes in the later chapter apart from the removal of the water which makes no sense in regards to the swamp themed aspect, while the rest remain mostly the same.


For our next campaign we have Hard Rain: Downpour. 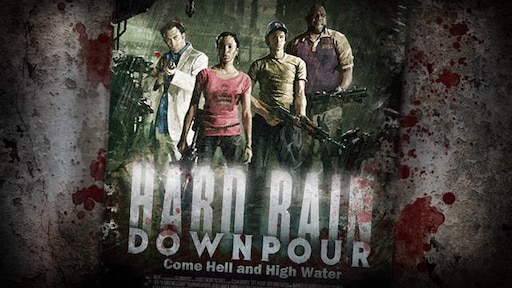 This campaign is for sure the 2nd best one right after Dark carnival: Remix.


Pros: from the start we can see that we have a much bigger and larger location that will come in play during the finale, layout is mostly the same with changes such as passing inside a house with a drop point in the bedroom and then navigating inside 1 or 2 house to reach the saferoom.


Chapter 2 gives us this big and metal like structure of the sugar mill that was probably was still being used before the infected came, while chapter 3 detours us to the side of the factory into a small train track and office building instead of using the same elevator to get back up.


Chapter 4 remain the same just like the start and getting into a saferoom right before the finale.


Meanwhile during the finale you will have a bigger choice in terms of where you want to hold out, either like the small store or the burger tank roof.


Cons: the finale can be a bit hard especially if you decide to hold out in the lower room of the store where there is still water, forcing you to run on the burger tank roof once the tank spawn.


For our 5th and final map of the l4d2 side we have The Parish Beta: Waterfront. 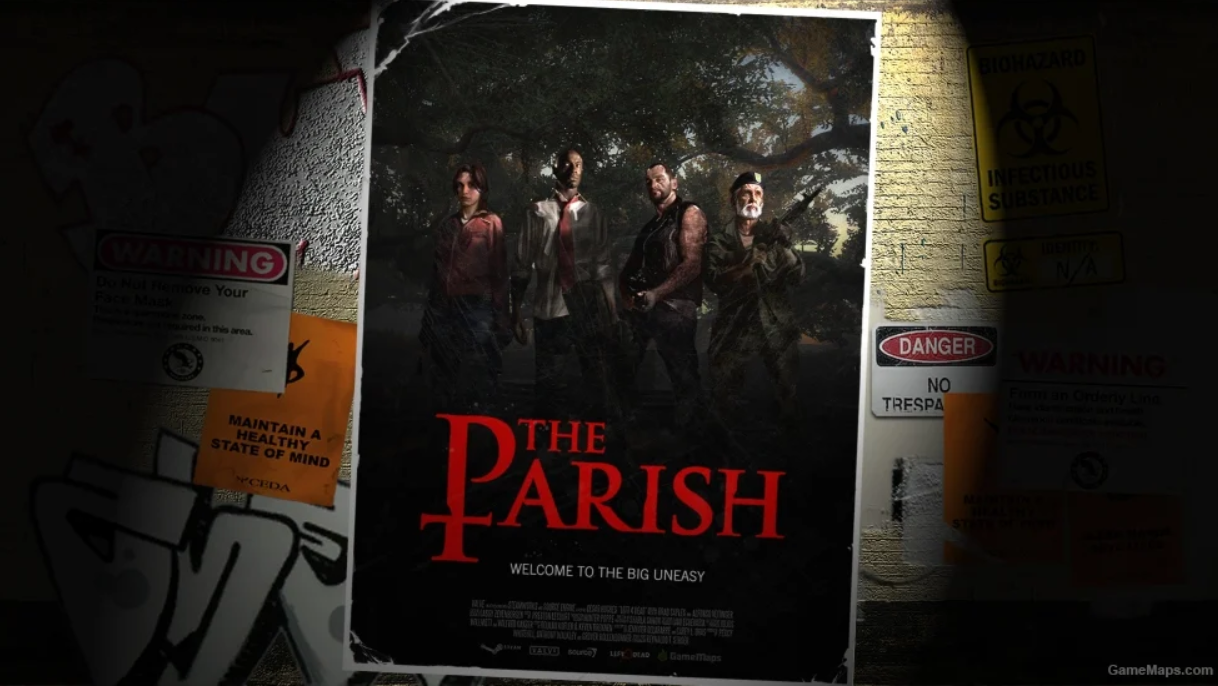 As stated in the name this is what The Parish most likely would have been if it wasn’t changed and for some reason it uses the l4d1 group.

The map playes exacly like The Parish but with more changes for example the first chapter is extended up until the event making it a longer chapter than we one we have now.


Chapter 2 on the other hand has this interesting changes to the sewer section where it could be blocked off and let’s you go directly into the parking lot instead of taking the sewer.


Chapter 3 start off right below the bridge that is about to get bombed by the jet where you make your way into the city part of the map where you will reach the saferoom that is situated in chapter 3 of the parish.


Then from there on it plays the same with only a small difference of starting the last chapter in a small store right before the bridge.


Cons: the map it’s self is good but lacks detail in some part of the campaign making it look as if they just started to add stuff in it.

Now we will finish this by going over the l4d1 Campaign sections. 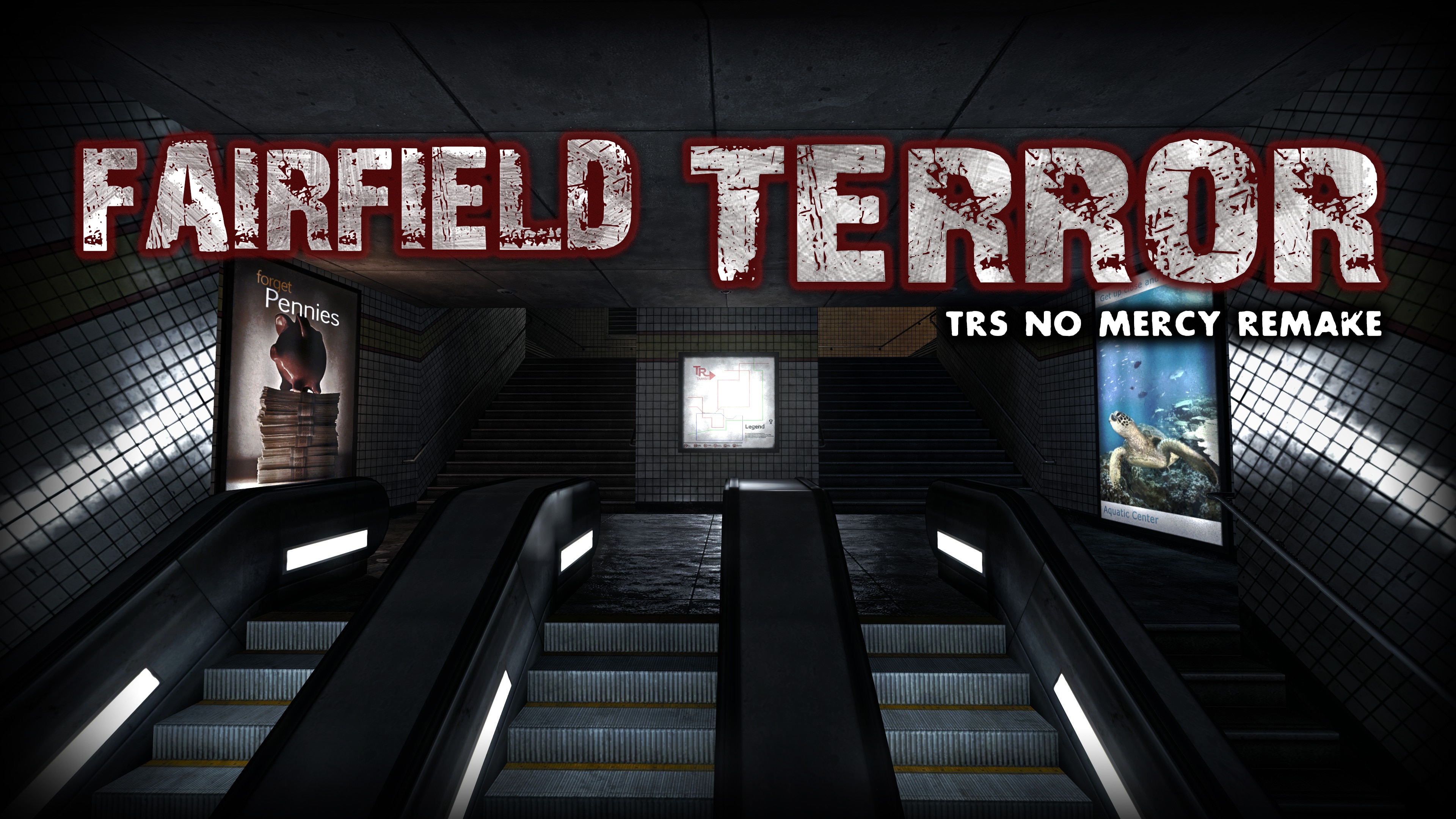 This campaign plays the same as the original No Mercy but changes some of the stuff such as some event or the graphics of the map.


Pros: really improved in terms of graphics and overhaul a much horror vibe than the original, the first 2 chapter mostly remain the same in terms of gameplay.


Meanwhile chapter 3 chages the gas station location and removes the forklift event by adding a truck to climb to get inside the warehouse.


Chapter 4 is still the same, but chapter 5 take a big step up and completely changes the roof by adding more ledge and tall structure making it more dangerous and giving infected more place to attack or hide.


Cons: as stated chapter 1 and 2 haven’t been changed much and as such remained the same in, and the removal of the crescend event on chapter 3 made it much easier than it is right now.


As our 2nd map we have Left 4 Dead Modified: Crash Course. 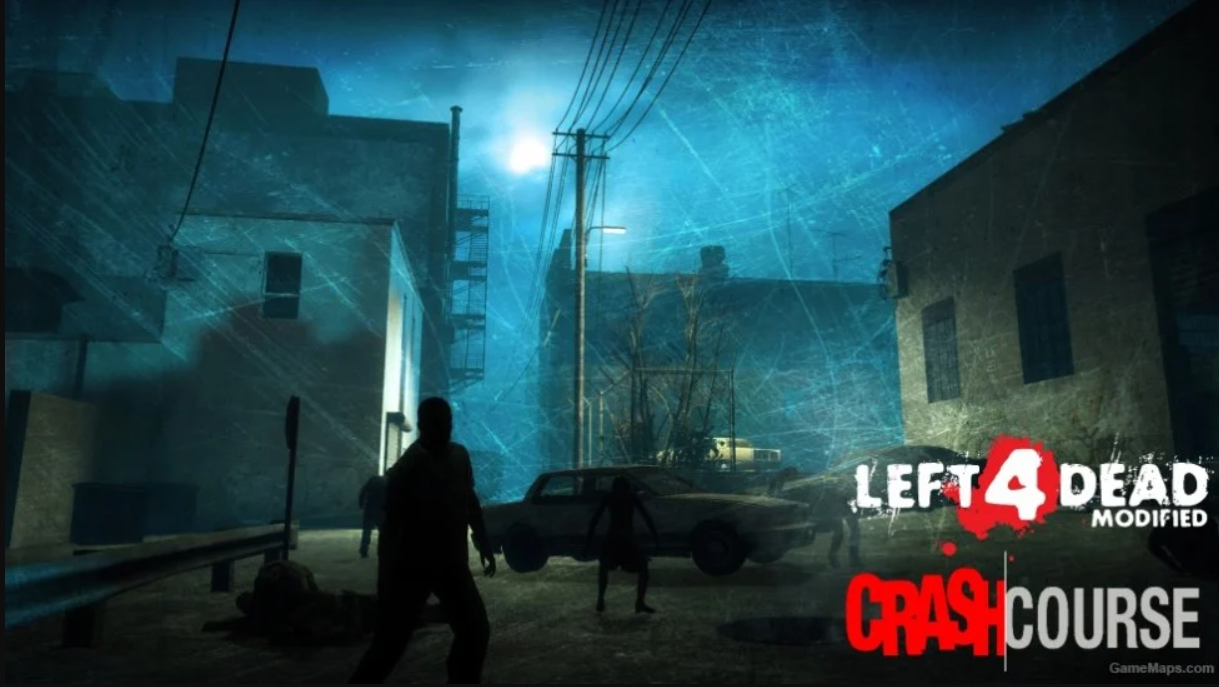 Already this is one of my less favorite map especially since its the shortest and most unfun map out of all of them.


Pros: it’s hard to find something positive about this map as i was not able to find any other version of Crash Course other than this, it remain almost the same but with l4d1 changes instead of the one we have now.


Cons: just like the original campaign it’s not one of the best map to play since its short and at the same time hard to complete since you still need to reach the end to even begin the finale.


As our 3rd map we have Clamtoll – Death Toll Remix. 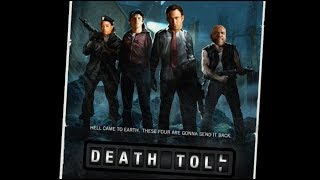 Another good remaster on the list, this one takes a bit of change especially during the first chapter where it’s not as linear as the original one.


Pros: overhaul the chapter are the same but have been improved and changed a lot and so they don’t feel completely the same.


Chapter 3 takes this step up and changes to a rainy and stormy night making it much for dangerous to go alone.


Instead the finale as been changed with a train escape instead of the boat and with a bigger house to hold out.


Cons: the first chapter is kinda confusing you might get lost since its not as linear as the original map and the rain is a nice addition to the map but it feels as if it’s too much foggy to the point where you can’t see 5 meters from you


As our 4th map we have Left 4 Dead Modified: Dead Air. 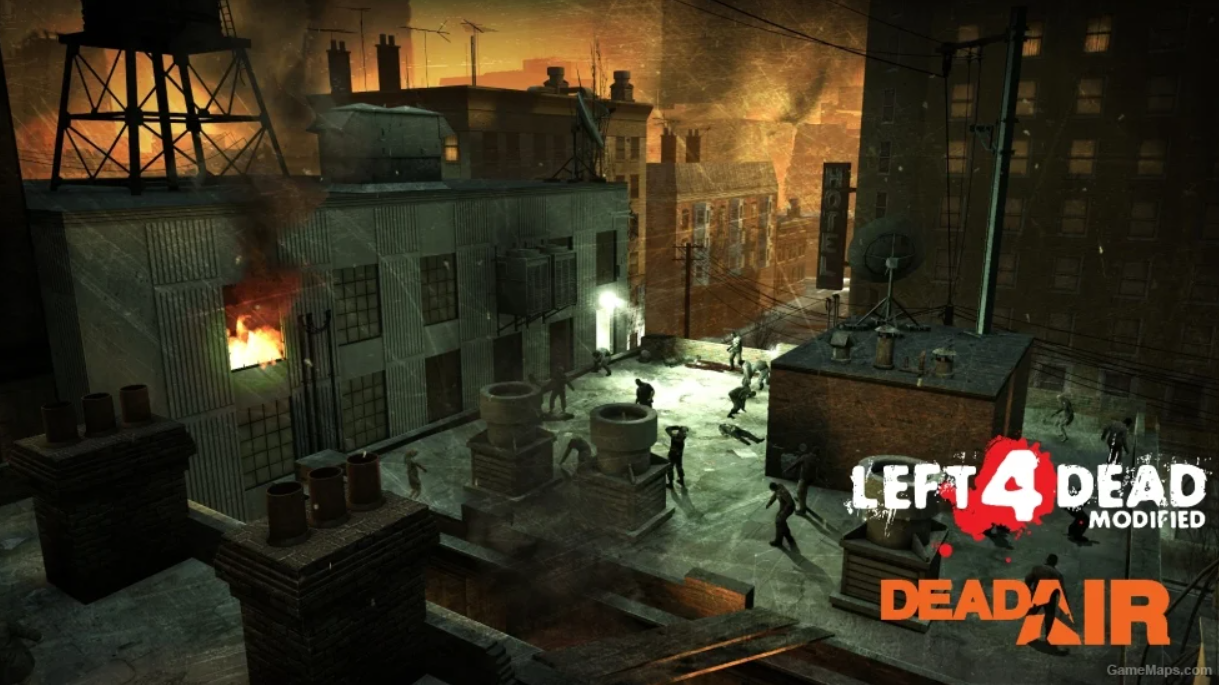 I won’t make this one any longer that it need to be since i was not able to find any remaster apart from this one since it’s the same as Crash Course but with l4d1 changes.


And now for our 5th and final map we have Blood Harvest APOCALYPSE. 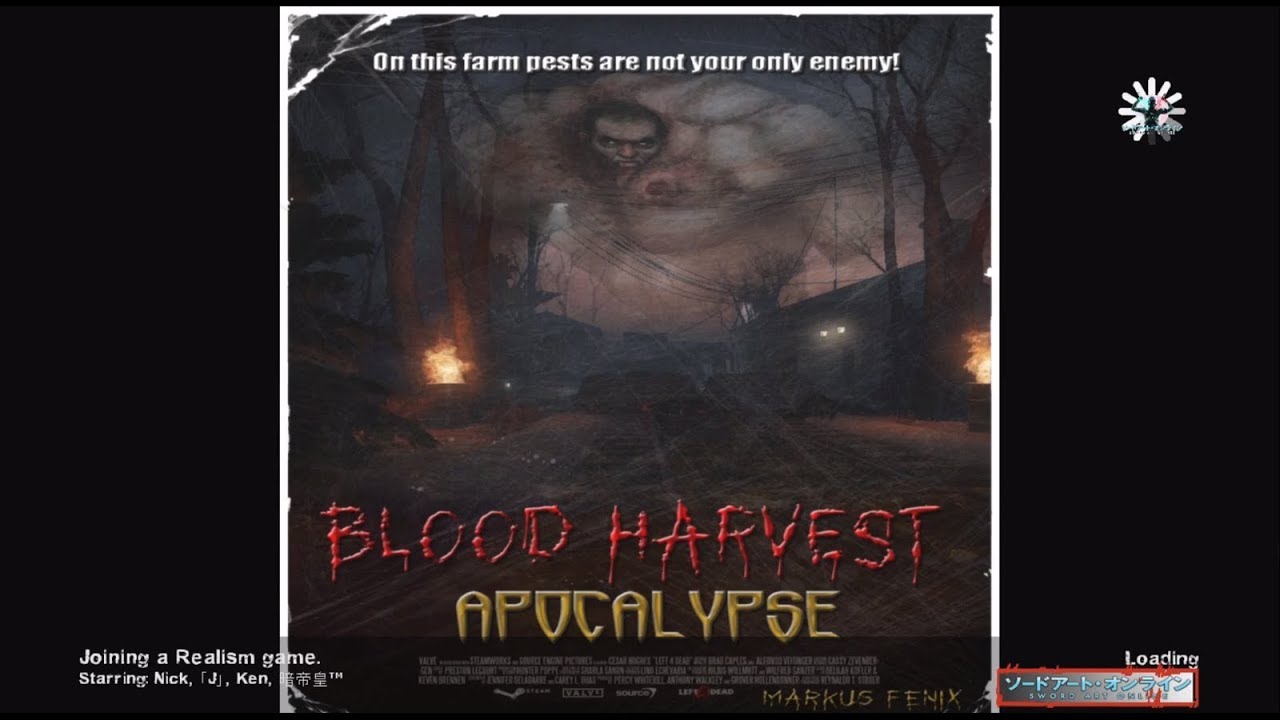 Here we have another excellent map along side Dark Carnival: Remix and Hard Rain: Downpour.


Pros: well detailed and interestagin layout of the map much better than the original, since i didn’t finish the map i can’t really give a 100% accurate description of the map but already from the first 2 chapter it looks amazing.


Cons: for now it seems that the map as scripted tank but i might be wrong, since i fought 2 tank in the first chapter, also giving t2 weapons right of the bat of the first chapter after reaching the cottage is a bit overkill, i think it should have been changed from chapter 2 and onwards.

Here we are at the end of this guide i do hope you managed to find these campaigns that i listed interasting for you to play alone or with your friends.


And if anyone has managed to find an actuall remaster for the campaign i was not able to find ill be sure to updated it, if it a better version of what i’ve already posted here.

Here we come to an end for Left 4 Dead 2 L4D2 Campaign Remix hope you enjoy it. If you think we forget something to include or we should make an update to the post let us know via comment, and we will fix it asap! Thanks and have a great day!