Guide describing how to get most achievements

While hunting for achievements, I’ve found that the instructions to get them varied from one forum to the other.

On top of that, some are very obscure to guess (like it took me a while to get ‘The captain’ for example).

Found out about this trick pretty late in the game.

Turns out you can actually host a private server and populate it with YOURSELF as much as you like.

Example (me, myself and I going for the ‘Mass extinction’ achievement) : 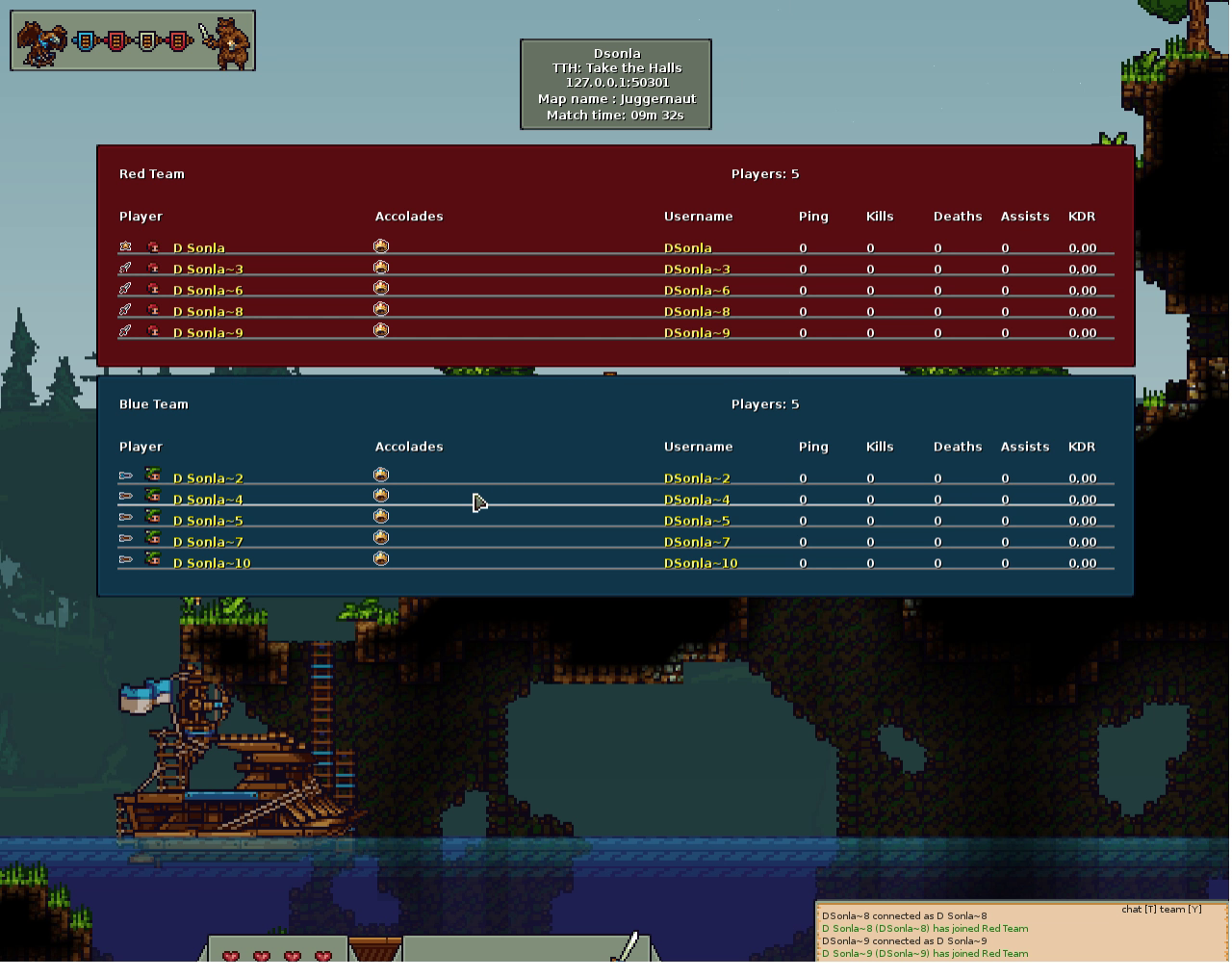 4. Launch the game in Steam (it’ll be the window that does the achievements)

5. In the “King Arthur’s Gold” folder (where the ‘autoconfig.cfg’ file is), open KAG.exe, login and join the private server (if you don’t have a login, don’t forget to finish linking your account) 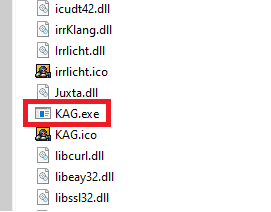 6. Repeat step 4) as many times as you need it (I had 9 KAG.exe running at the same time for ‘Mass extinction’). The new “players” should show up on your server.

I get that this part can be tricky so if you have any questions, don’t hesitate.

An African or European chicken?

“Test the air-speed velocity of a laden chicken”

For this one, you have to pick a chicken and get catapulted while holding it.

Animals you need to use :

“use” can mean a number of things but for the bison and the shark, it was enough to “ride them” (go on top of them and press the key for “down”) without taming them.

Can be done in solo mode. Note that you have to kill Sedgwick too.

The achievement will unlock once you’re back in the main menu.

For this one, you need to find a map that has flowers on it : 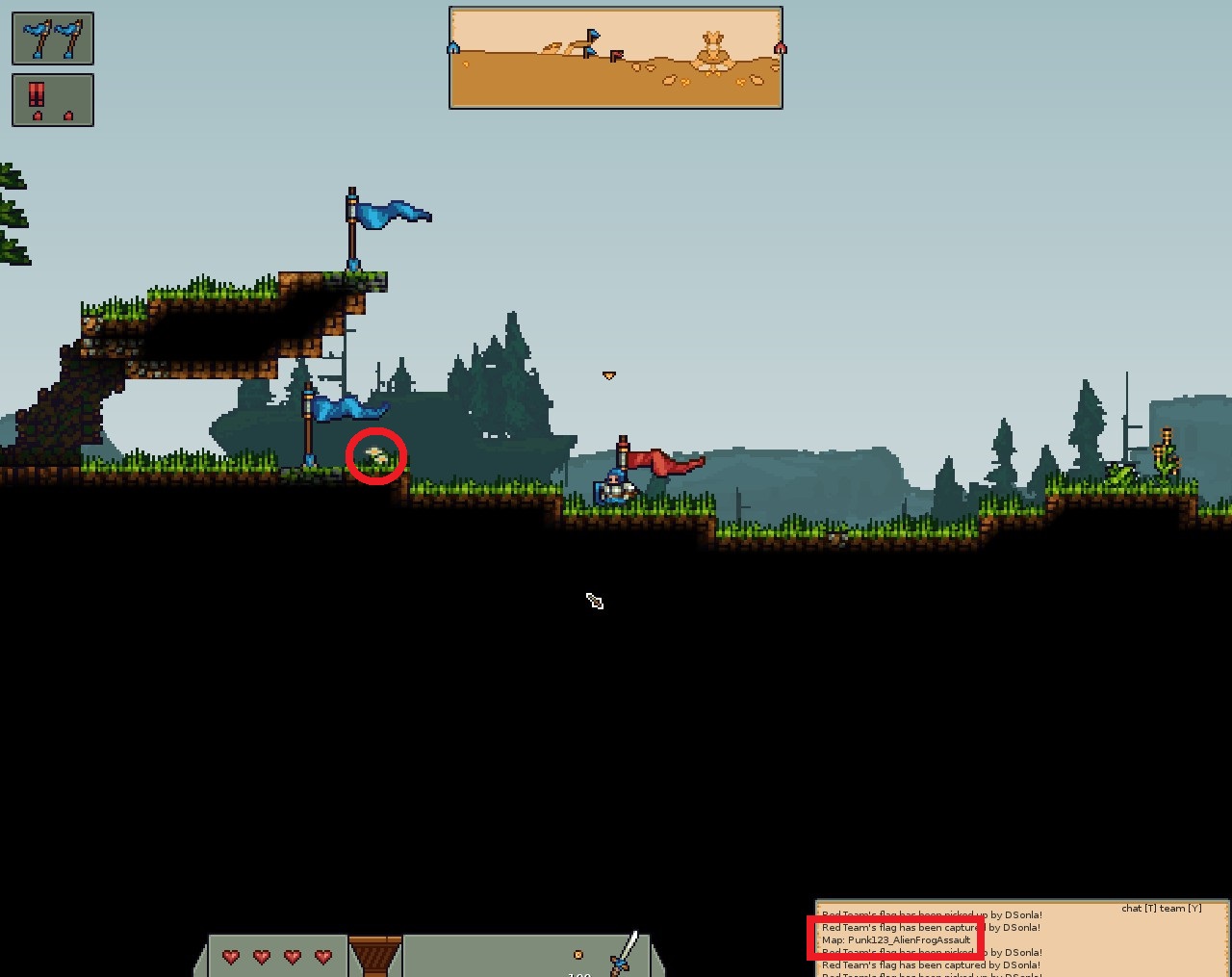 Then, you need to lose some health (in my case, I let an archer hit me with one arrow) and then go on the flower. The achievement should unlock.

For King and Bounty!

I got to be honest with this one, I don’t know how I unlocked it. I was fooling around in an online sandbox server and it popped up. I didn’t even have 500 coins on me.

“Run over an enemy with a vehicle”

Pretty straightforward, I did it with a catapult in sandbox mode.

Can easily be done on a private server.

For this one, you need to be two players minimum for the Take The Halls (TTH) game to start or the bakery will not unlock.

2. Find a map with a bison (I used MiddleIsland)

3. Build a bakery as soon as possible

5. Rush to the middle of the island

6. Throw the burger at the bison 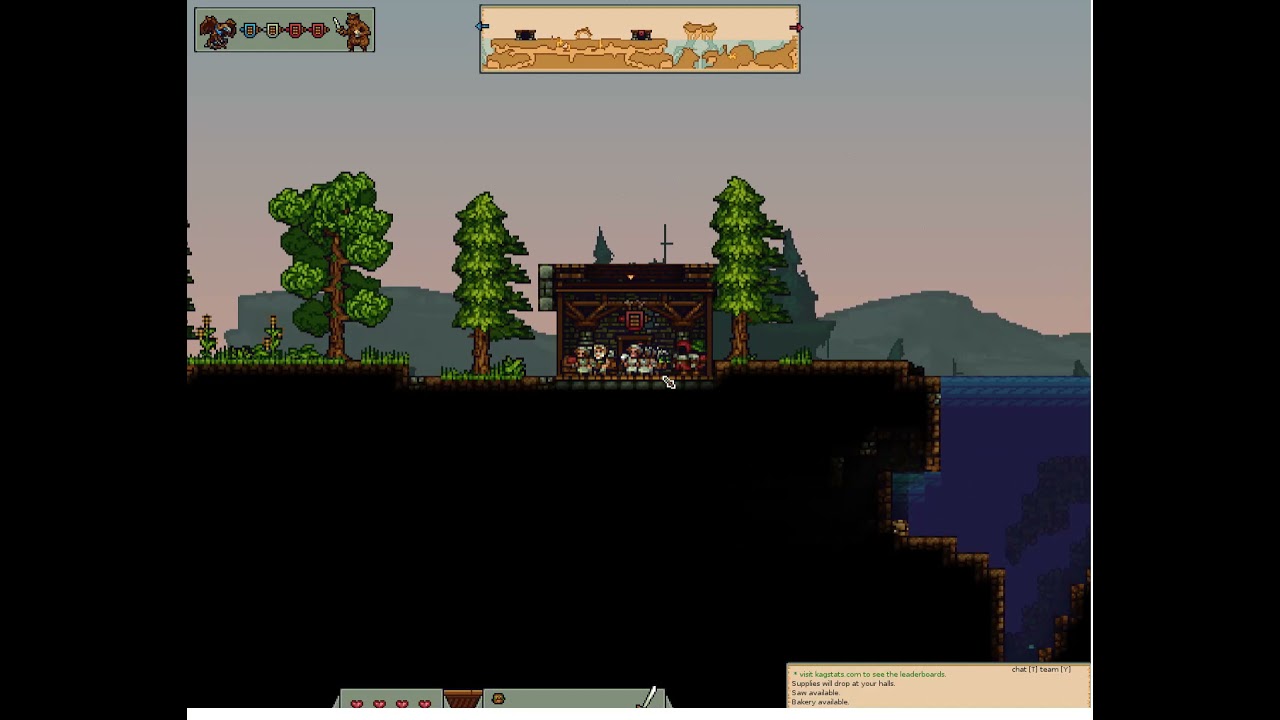 You need at least two players on a boat, rowing in the same direction. I’ve unlocked it on a warboat with just another player.

With a private server populated with yourself, it becomes a piece of cake : 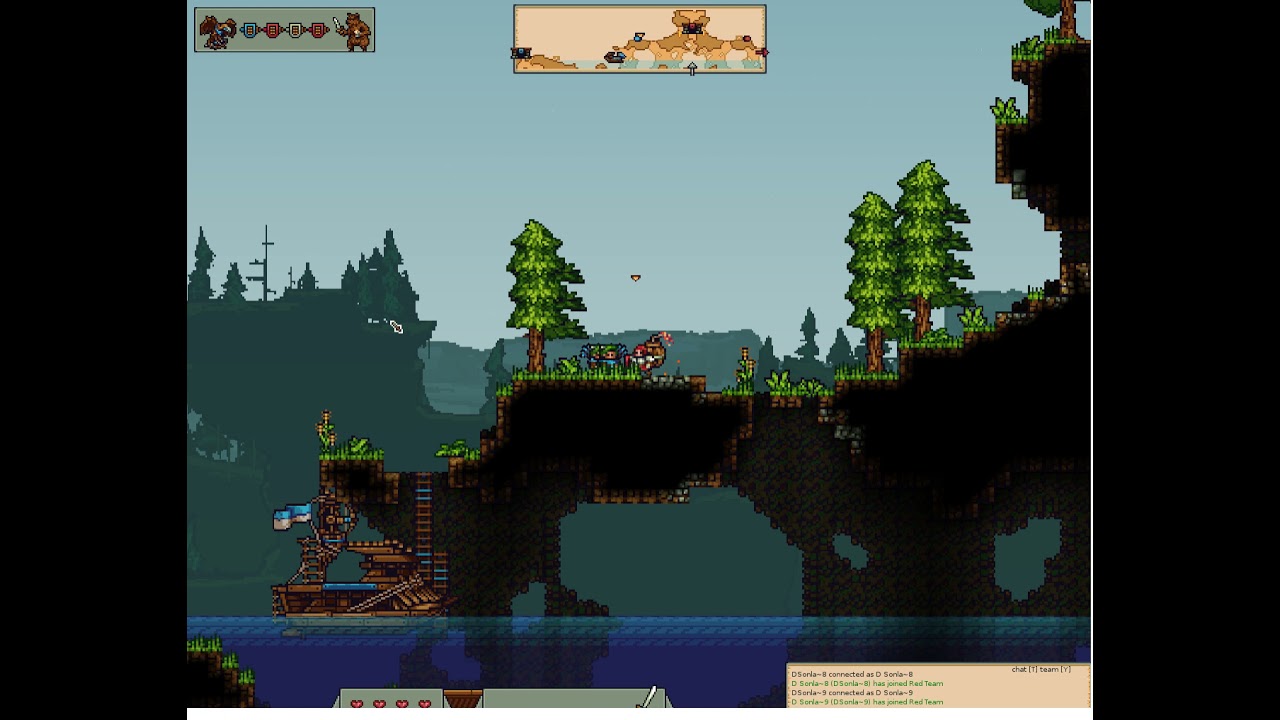 No Challenge At All

This one has to be done on the online servers.

I first tried to do them in the solo mode but didn’t see any progress on the achievements.

When someone dies, he drops a heart. If you’re at full health, you can pick it up.

The achievement pops up when you throw the heart to an enemy.

“Take a nap in a quarters”

To be able to take a nap in the quarters, you need to be hurt (only the ‘buy’ action shows up if you’re at full health). 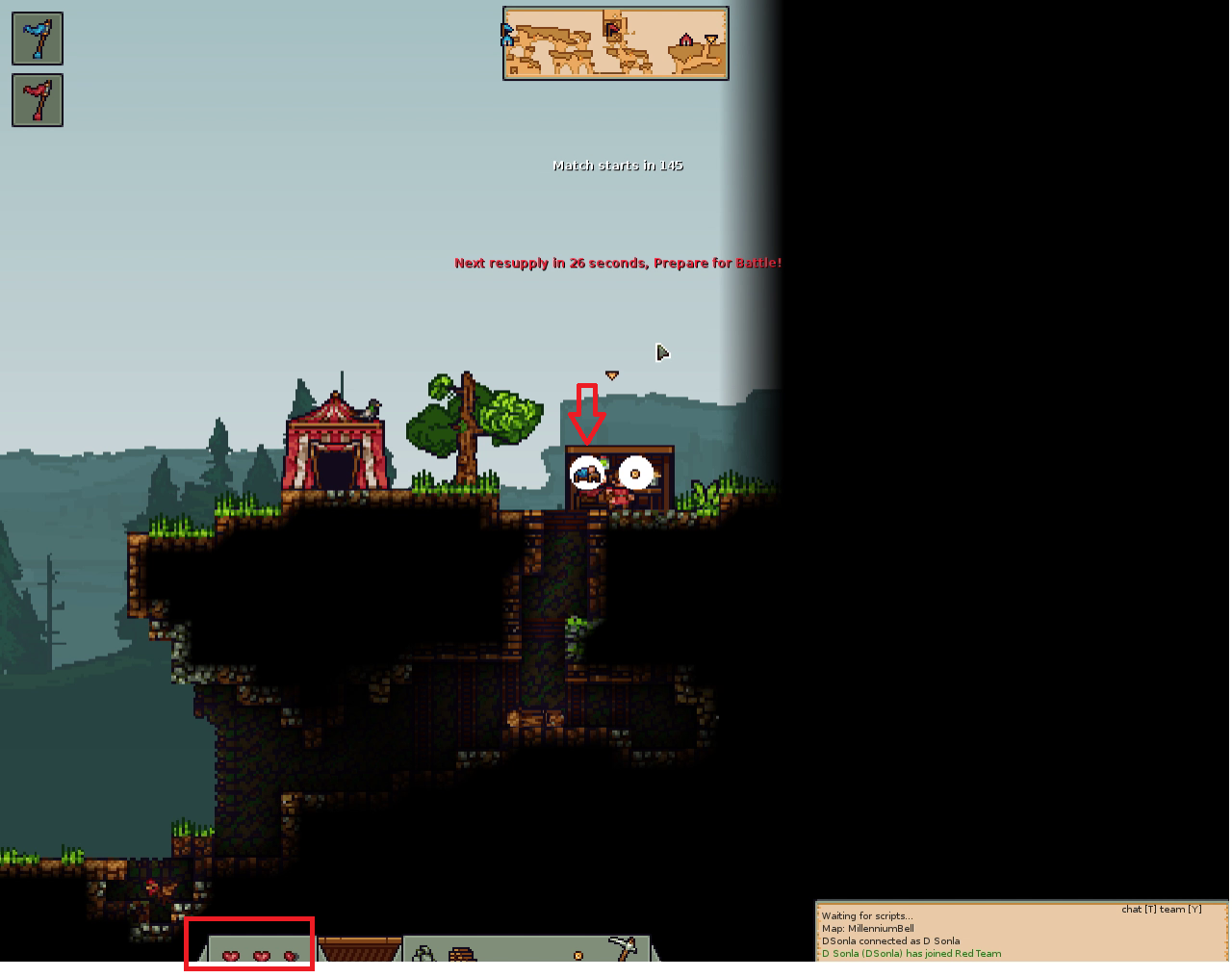 “Ride in every vehicle”

Can only be done on an online or a private server (I tried offline sandbox, didn’t work). 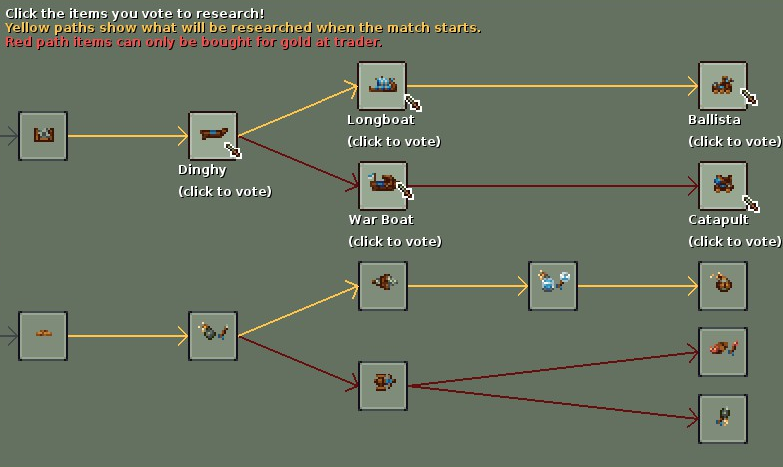 “Carry 4 burgers in your backpack at a time”

Best way to do it : in Take The Halls (TTH) mode, build a bakery as soon as possible (it requires at least a player in each team). Grab all the burgers produced.

As a builder, hit a mine with your pickaxe until it is destroyed.

“Kill an enemy with a tamed shark”

3. Jump on it and kill someone

“Buy something at an enemy shop”

Did it on an empty online CTF server, I just strolled into the enemy camp and bought a lamp from one of their builder workshops.

Could be done more easily on a private server though.

Sunny with a chance of SHARK!

1. Host a private server and load the ‘Skinney_Typhoon’ map in Capture The Flag mode.

3. Summon a catapult by typing ‘!catapult’ in the chat.

4. Ride the shark by pressing ‘Down’ (‘S’ key by default) on top of it (I spammed the down button until my character picked it up).

5. Load the shark in the catapult (‘E’ key by default) 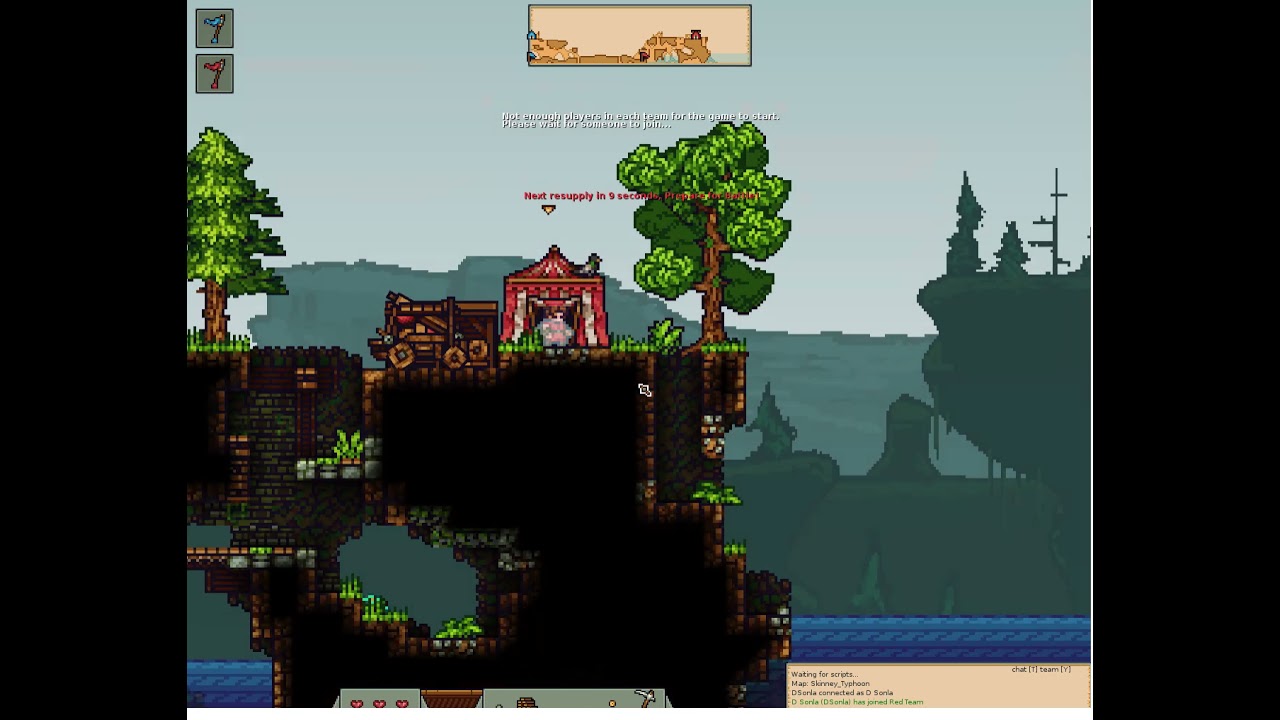 “Go down with a sinking warboat”

Took me a while to figure out you had to die for this one : 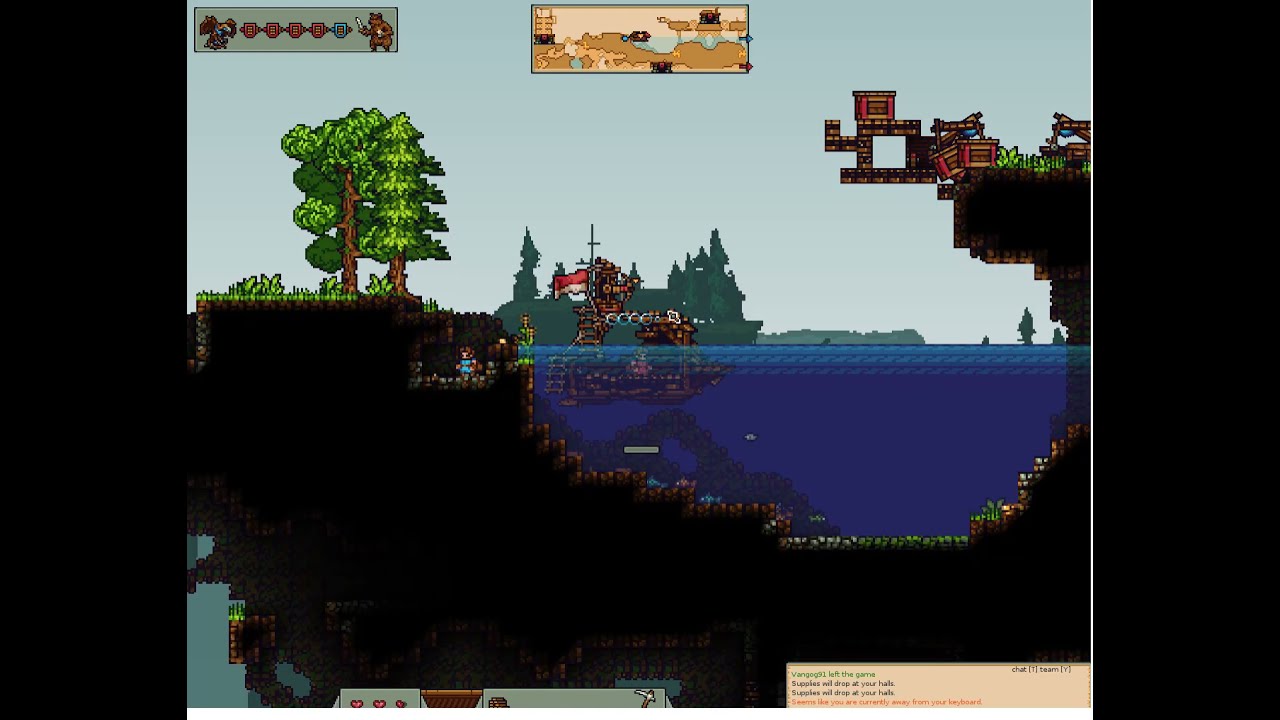 The Holy Hand Grenade of Antioch

What’s yours is Mine

“Steal an enemy’s mine”

When a mine is dropped, there are a few moments before the spikes come out. It’s during this short time that you have to pick it up.

Easiest way to do it is to have an enemy drop it next to you.

Can be done in solo mode. Kill Sedgwick and reach the princess at the top of the tower.

Hope you enjoy the post for King Arthur’s Gold Achievement Guide, If you think we should update the post or something is wrong please let us know via comment and we will fix it how fast as possible! Thank you and have a great day!