Guide for anyone who wants to try out some new guns without dishing out the cash to do so. Use this to help stock your room up with all kinds of unique guns and ammo. I’ll be posting what I know here as well as updating it when I find more.

Some of these locations will be secret notes and some I just found so I’m not sure if they are also notes or not. I will try to get some more accurate pictures to make finding these items easier for you. This is a large work in progress, I am always trying to find new things to add to the list to help others and to keep track for myself. **Remember, finding things in this game is part of the fun so if you don’t want to see any spoilers on where the goods are hidden, this is your last chance to leave and come back later.**

Pervomay Route is the first area you’ll explore and if you look hard enough you can find some nice early game gear.


PM- If you venture up to the train yard (the harder area in this map) you’ll find an upgraded PM handgun in the three storied house about halfway up the train yard. You can find it on the second floor in the bathroom. The top of the toilet is missing and if you look inside the gun is there with a rail mount added to the front. Perfect if you just started and you really like to use the 9000 lumen laser pointers.


TT-33- While you’re at the train yard you might as well grab yourself the sneaky secret agent stash. West of the train yard on the border of the fog you will see a pipe sticking out of the dirt. If you are leaving the previously mentioned house with the PM you can exit where the water tower fell over and destroyed the wall of the train yard. From there look left and walk along the train yard in between the wall and the fog and you should see the pipe. There you’ll find the TT-33 upgraded with a suppressor, a few spare mags and I think some ammo as well but I don’t remember for sure.


Glock 17- I wish I would have found this stash sooner because it really is so easy to find and you don’t even need to kill anything to get to it, plus I would have saved money from buying one of these. In the area that has the two larger buildings there is a set of three fuel tanks off in the back corner of the area. You can access these by coming around the back of the area where you’ll see a hole in the wall. You can literally just walk through, grab the gun, and be on your merry way just like that. 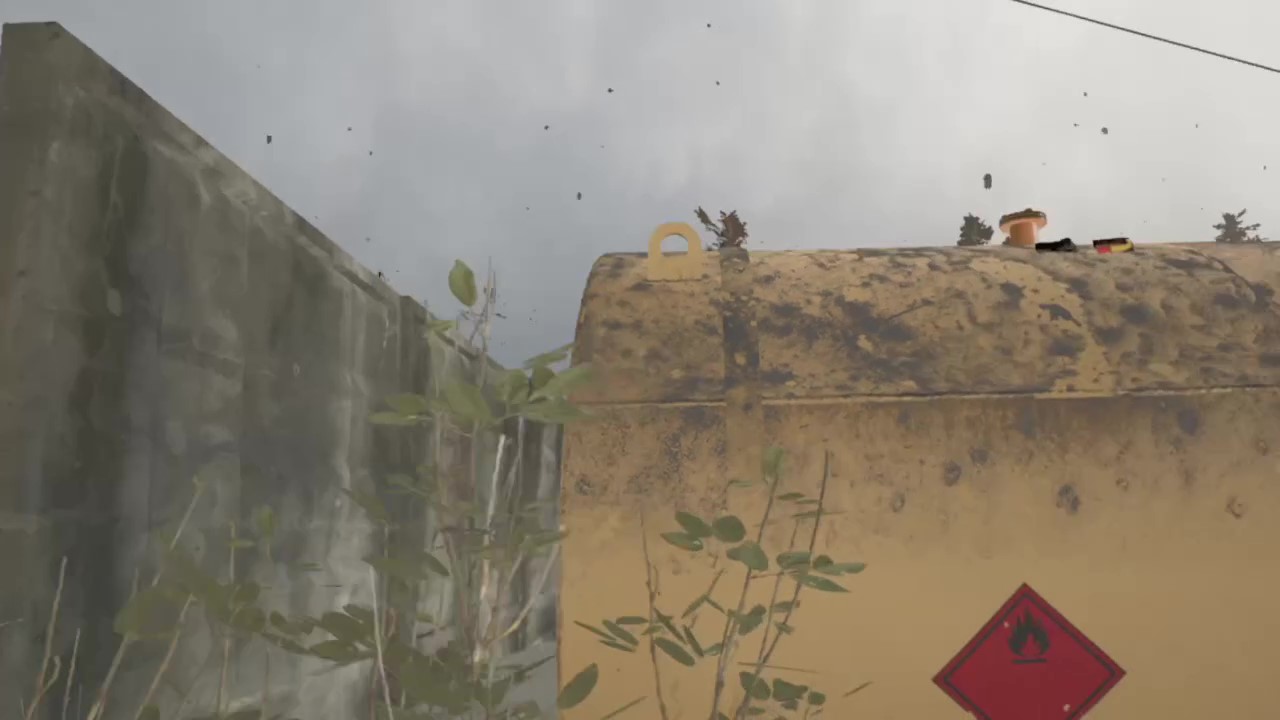 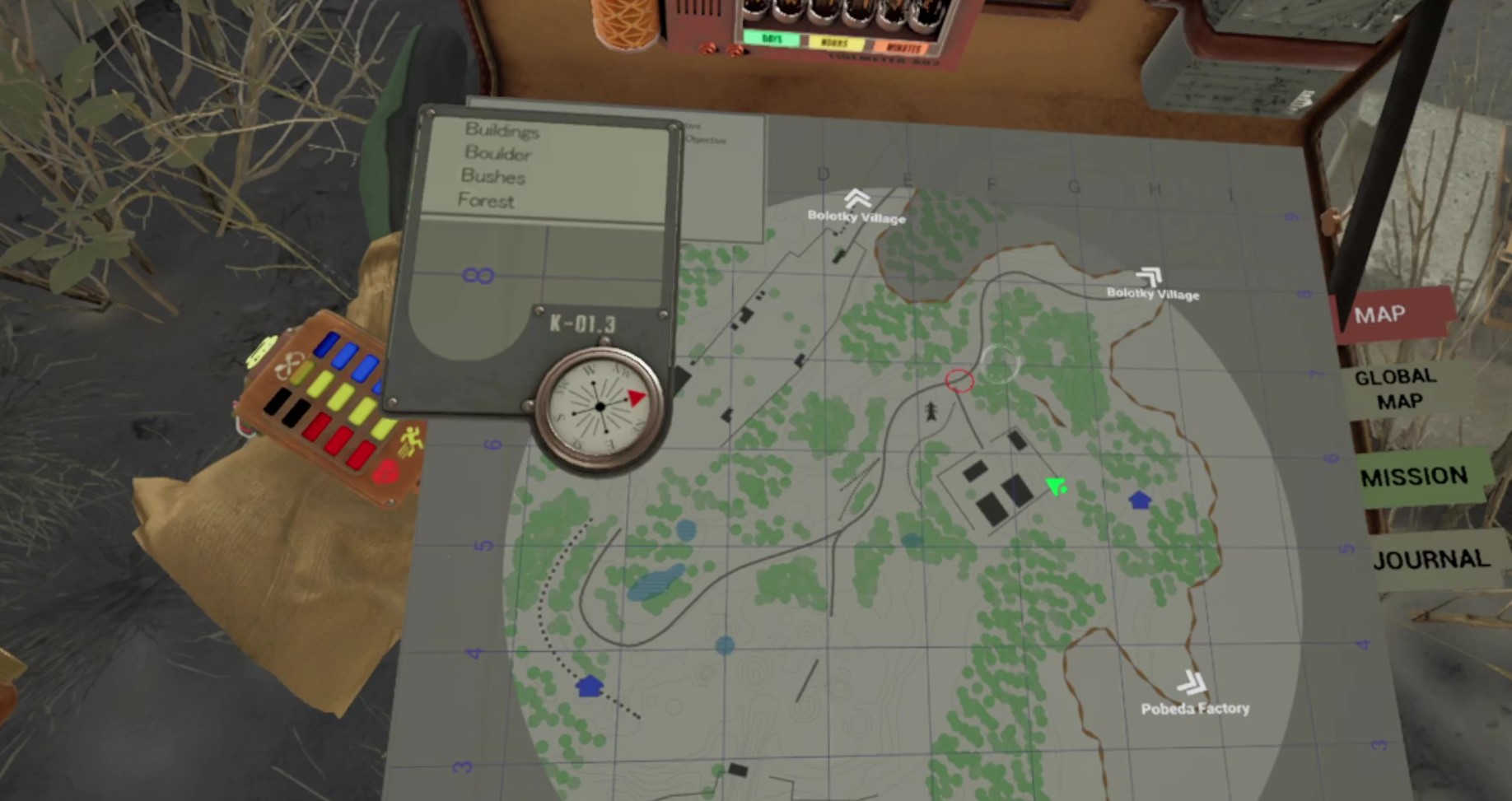 Bolotky Village is a larger map with a lot more to explore and some better things to find.


PP-91- North of the helicopter there is a red valve sticking out of the water, it sits near a large anomoly field. Near that valve there is a boat sitting in the water that is very easy to run past, I missed it several times. In that boat just under the water there is a PP-91 upgraded with a suppressor, and two extended magazines. (noice) 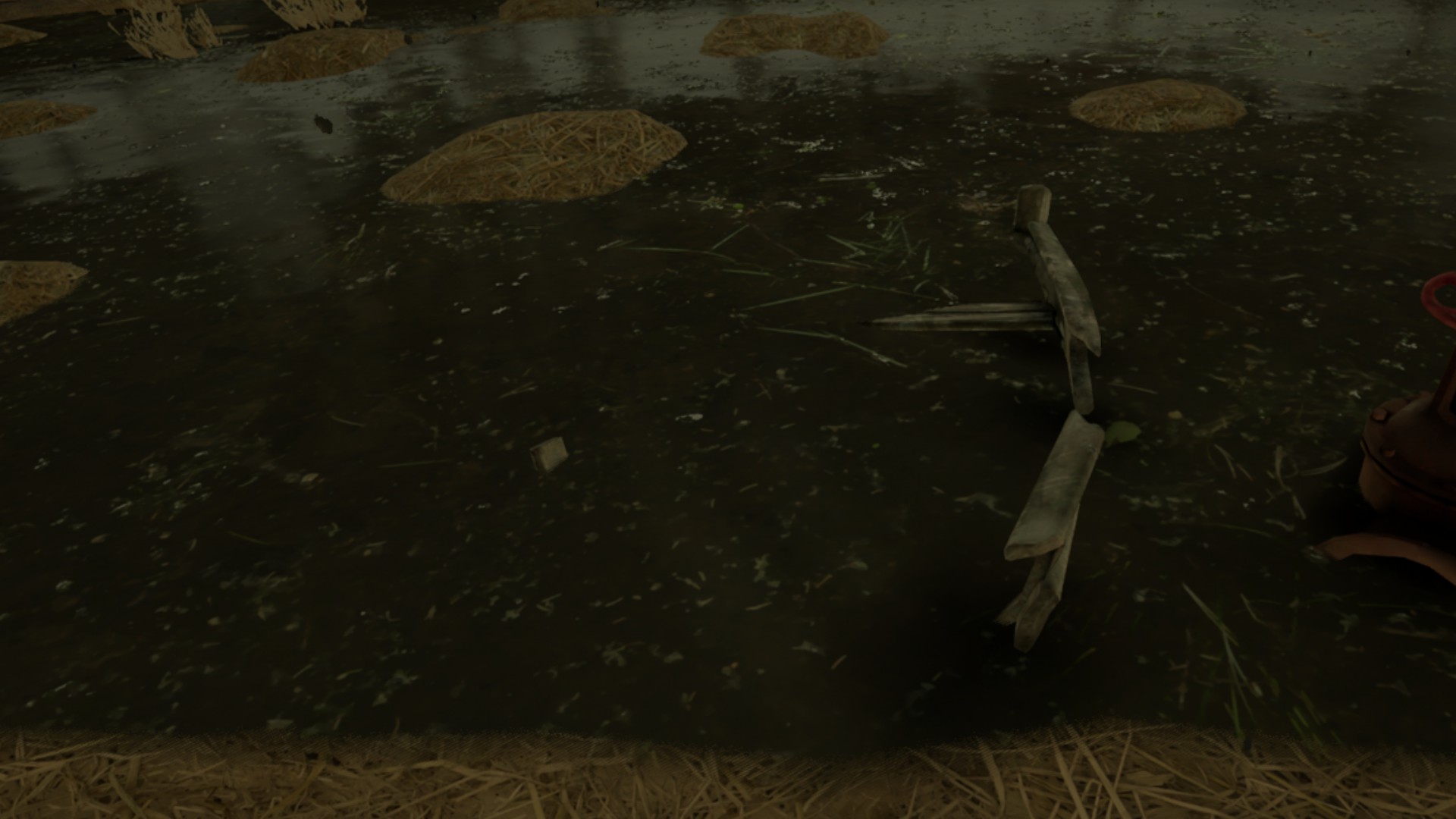 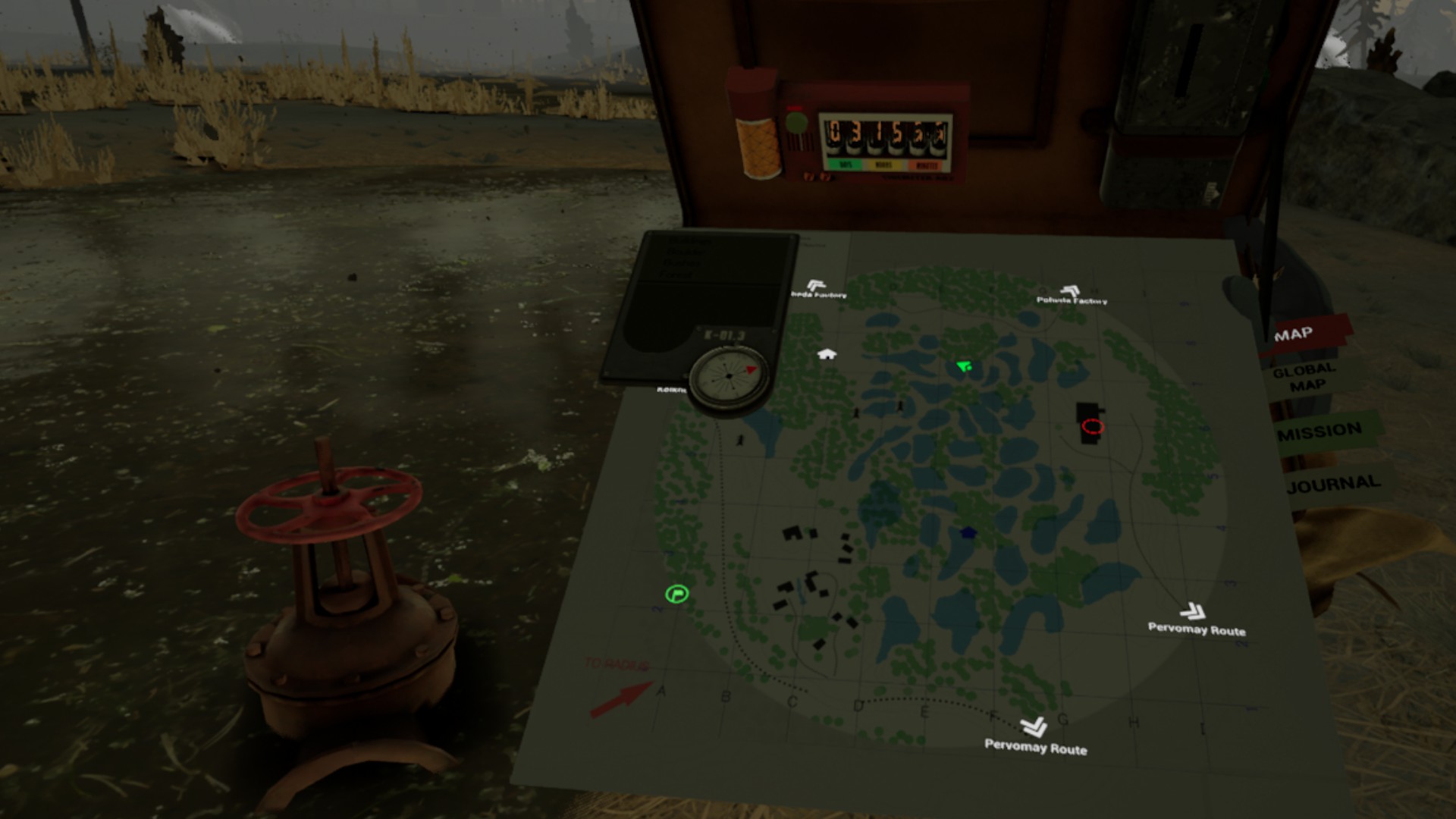 Ammo/Food stockpile- In the green house in the village there is an oven that contains some pretty good loot inside. Open the bottom door to find two AK magazines, two grenades, and two boxes of AK ammo. There is another house in the same city with the exact same oven that contains three or four cans of food but I am not sure which house it was in.

There are lots of things to loot in the factory but the first item on the list is actually pretty easy to get to as it is right by the spawn.


IZh-81- If you enter Pobeda Factory from the top left entrance of Bolotky Village you should end up in the bottom left corner of the map. From here you can look to your left and you should see a guard tower. Take out the sniper who sits in there and from there look down into the quarry. If you slide down the side of the walls in the same spot as shown on the map you will find the shotgun behind a rock accompanied by three to four boxes of ammo, mostly slugs. I found this accidentally and since I haven’t seen anyone talking about it nor have I found a note for it (I think) I’m just gonna assume this is the one that the wiki refers to but if so it is very hidden so it makes sense why I haven’t seen this anywhere else. The second picture is the map and the first picture was the gun and the ammo but it turned out to be a little off, nevertheless you can still see the barrel and the rock it sits behind. It’s harder than it might seem to get good pictures in VR. 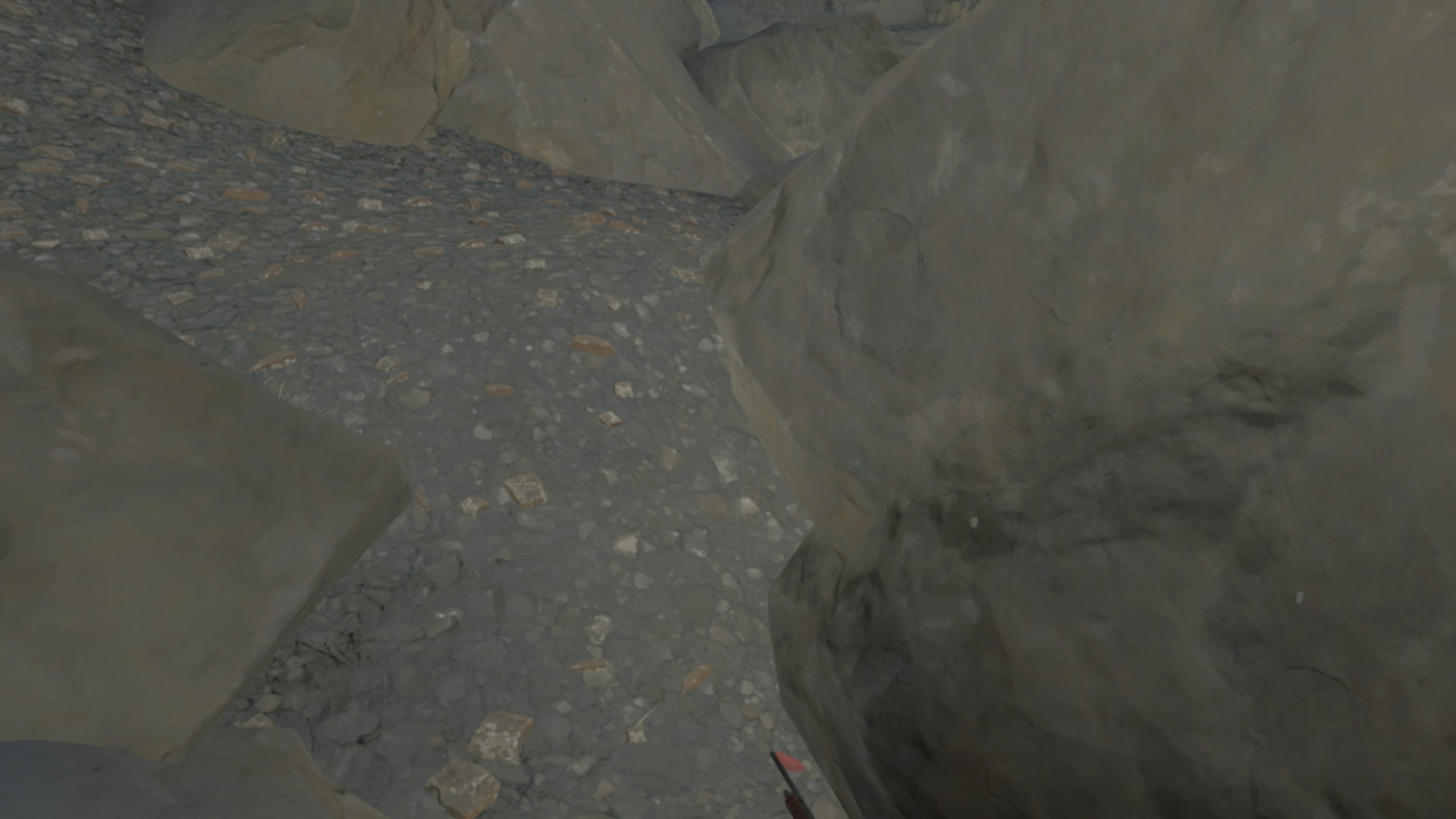 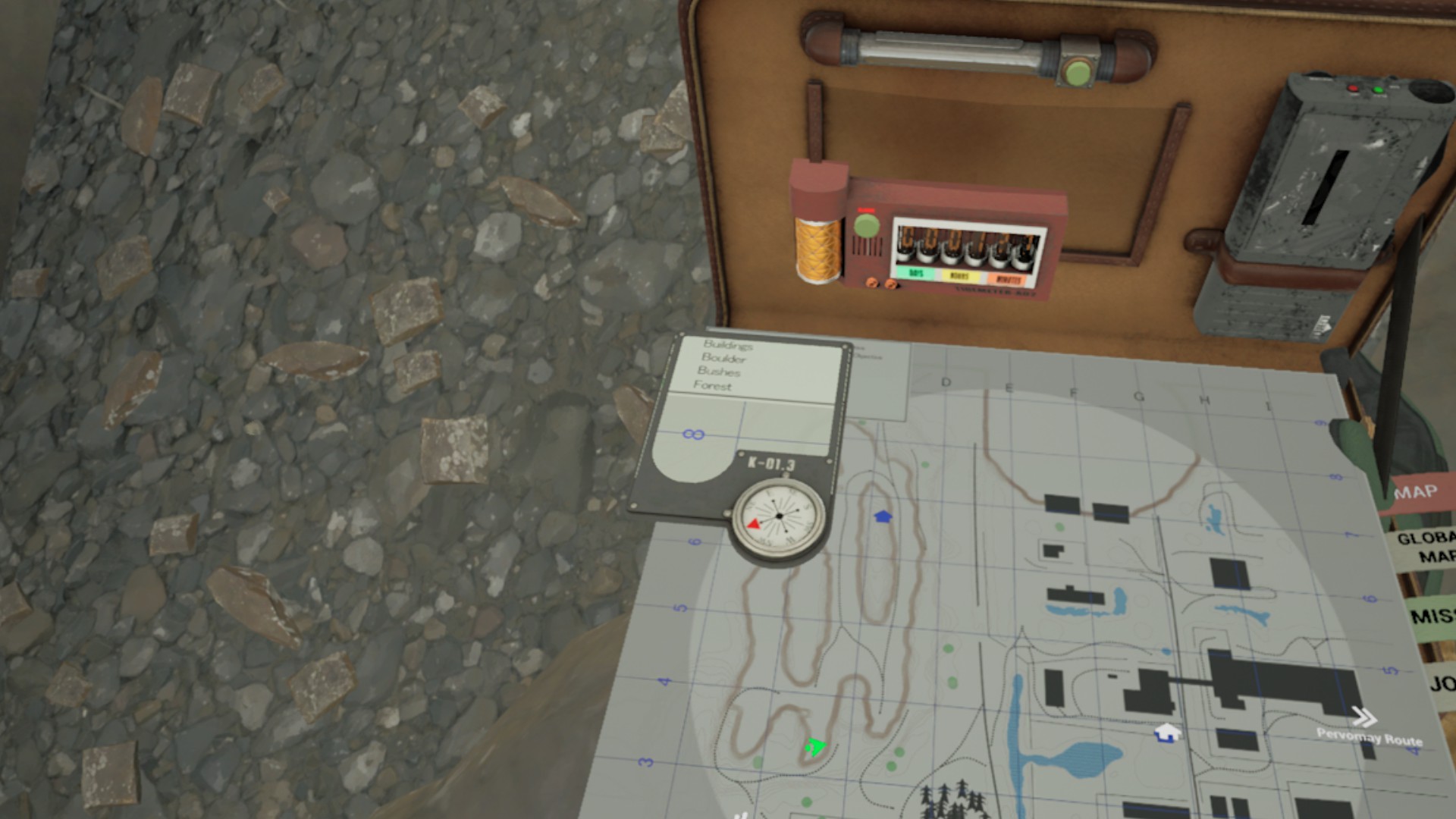 AKM- The small, square building in the top right hand side of the map is where you will eventually find yourself during one of the story missions. In/near that building (Not 100% sure) there is a truck near a red excavator. Under said truck you should find an AKM as well as two to three magazines and a few boxes of ammo as well.


AUG- In the top left corner of the map you’ll find an anomaly field with some large rock spires that have trucks on top of them, there is a guard tower nearby with a sniper that you’ll need to take out to safely get the AUG. Once you take care of the sniper you will see a truck right by the tower that you’ll have to jump to. You can run and you should be able to land on the bed of the truck just fine but if not then you are able to grab onto the truck and pull yourself up. There you’ll find the AUG, a flashlight attachment, one magazine, and two boxes of ammo. Now that you’re there getting down can become an issue since it’s so high up and you’ll be above an anomaly field but if you climb around to the front of the truck underneath it you should be able to lower yourself down enough that you can fall onto the bucket that used to be on the truck without taking fall damage. I recommend you have your gas mask when you come here because the anomaly field had some pretty rare and expensive artifacts that are worth grabbing while you’re there. 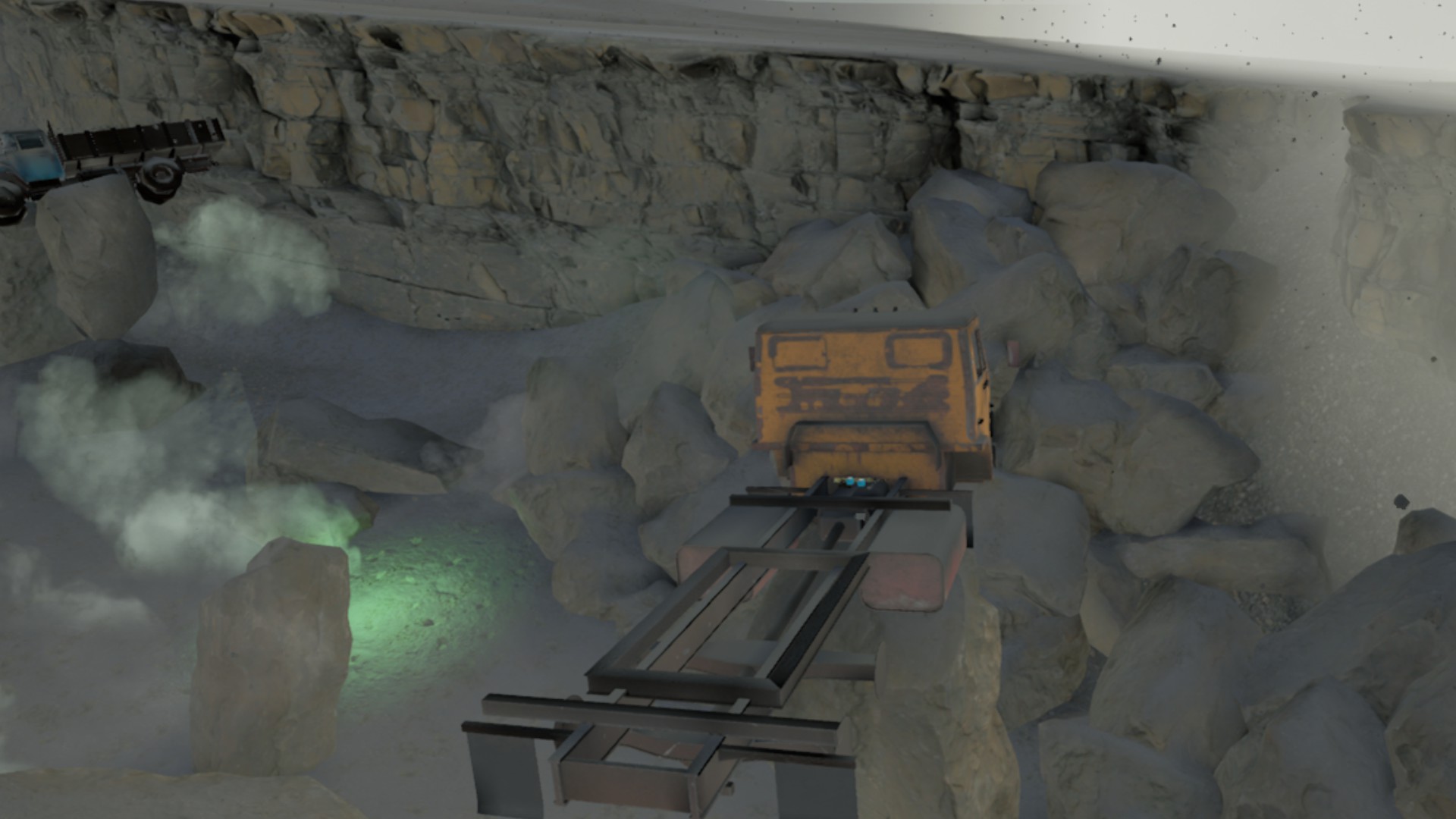 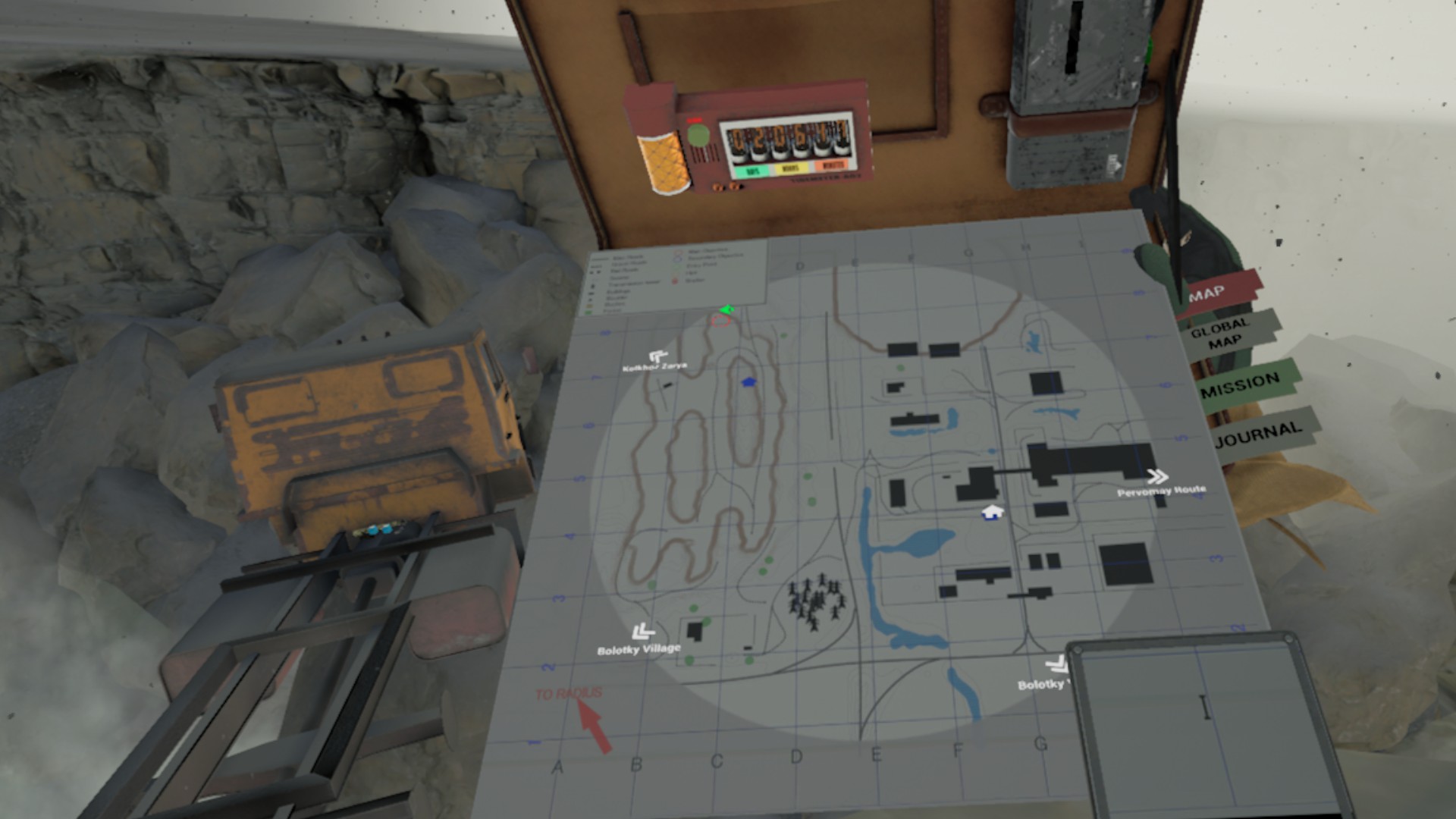 M9/Cleaning Supplies- This stash can be found under the crane at the largest area in Pobeda factory, right by the entrance from Permovay Route. Under the crane there is a bunch of construction supplies in the yard, one area has a few large concrete pipes stacked next to each other. Look inside these pipes to find yourself an M9 and tons of cleaning supplies. I think grand total there was two rolls of paper and four cans of oil which is pretty awesome. Sorry for the bad quality pictures I didn’t realize how much the gas mask gets in the way of things. 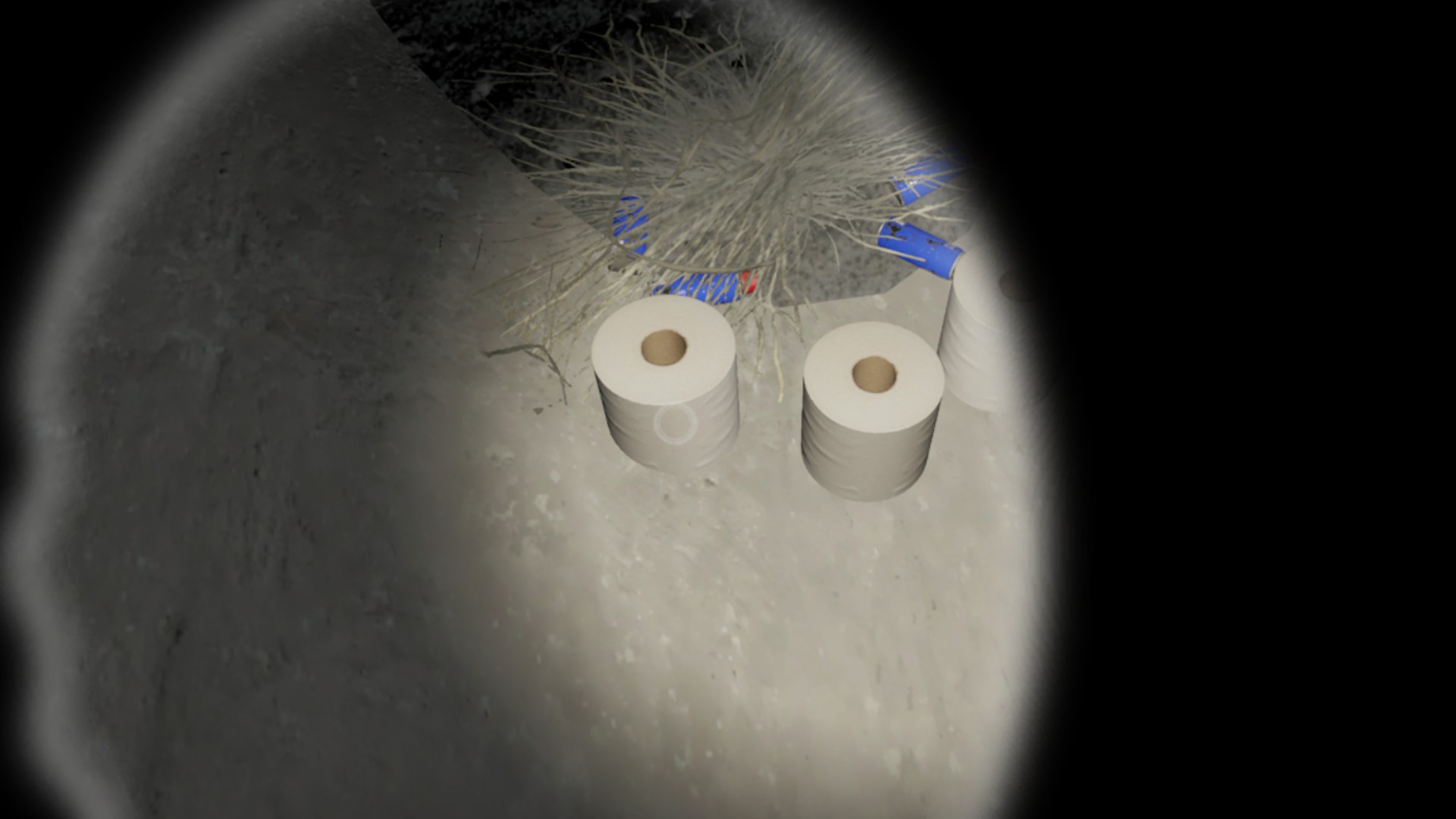 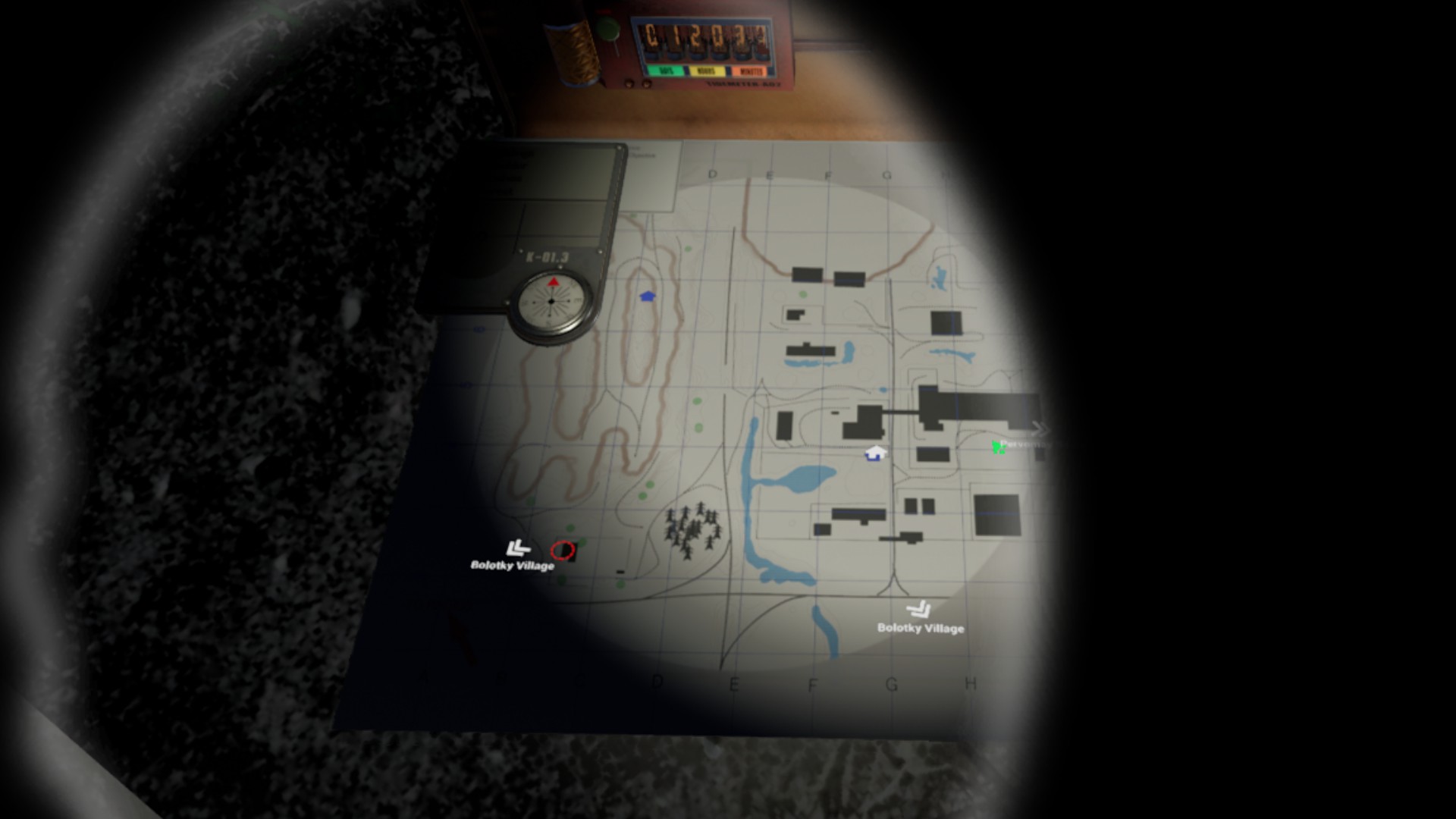 Silver Crates- When exploring the factory you’ll come across many silver crates around the map. In my opinion the easiest place to go for these is in the quarry since you’ll face less mimics that can shoot you from another area code. If you continue straight into the middle I found two red excavators (backhoes) right by each other in the middle of the quarry that had a silver crate near them. Further down the road there is a truck that is slightly buried and in the back there is also a spawn for silver chest. I found a Mosin in both of these crates although there was only one crate per tide reset because they are in such close proximity. Although it isn’t guaranteed, there is a better chance at finding good gear there since it is in the factory map, if you want some better gear the quarry is definitely the place to get it with the least resistance.

I haven’t done tons of exploration here due to the fact that there is a literal APC with a machine gun that drives around and terrorizes you but there is definitely some good gear to be found here if you can survive. Expect lots of snipers and armored machine gunners, try to bring something with range. I did find a Groza in a silver chest inside the three rectangular buildings on the left hand side of the map so that’s cool.


AKS-74U- There is a large village in the middle of this map that has quite a few houses to explore. It is tricky to get into because there are a lot of enemies in the area. It is best to pick them off at range or try sneaking in if you want the AKS. Inside the house pictured below there is another oven that contains the AKS as well as some spare ammo for it. This is a great gun that I use regularly when I’m in the first few areas and it can take you pretty far depending on when you get it. 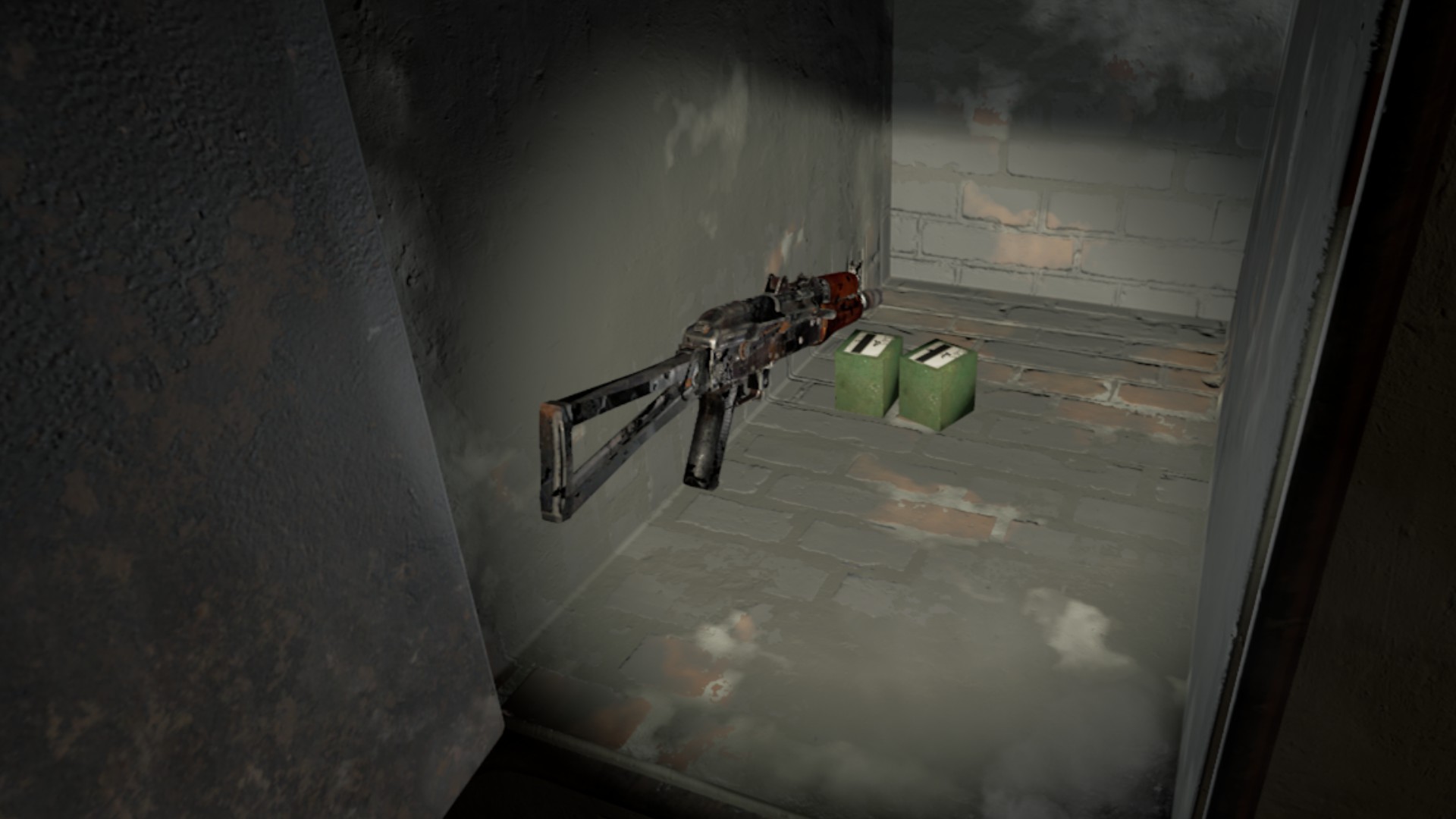 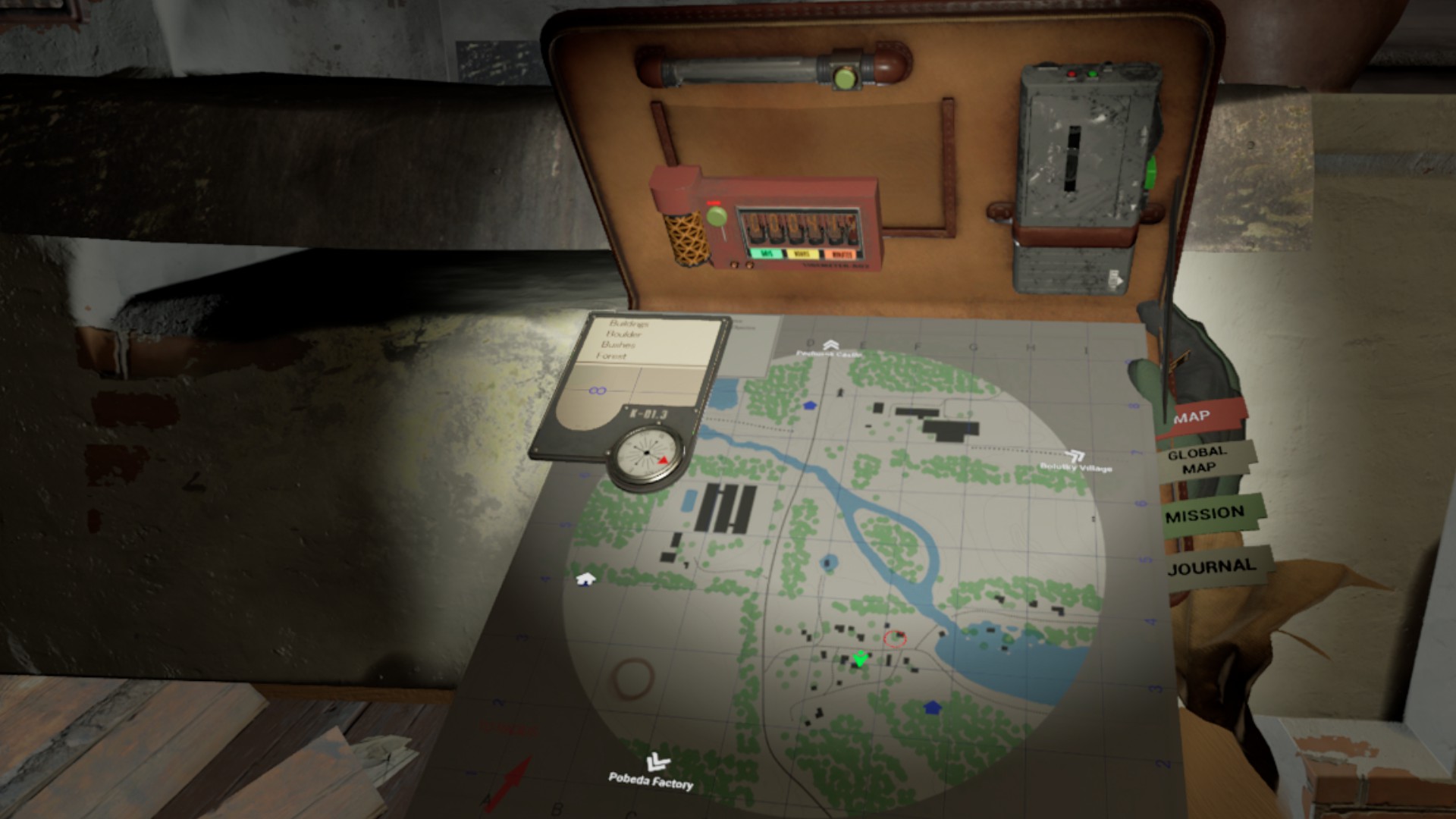 Ammo/Saiga Long Mags- After taking the shortcut to Kolkhoz, continue down the tracks a little ways and look to your left into the woods. There you’ll see two jeeps and some bodies near them with the normal random loot by them. Inside one of the jeeps you’ll find a lot of shotgun ammo, probably the most I’ve found in one area anywhere in the game. There also was two long magazines for the Saiga as well as an AS VAL magazine there too. Not too bad considering how close it is to the entrance route. 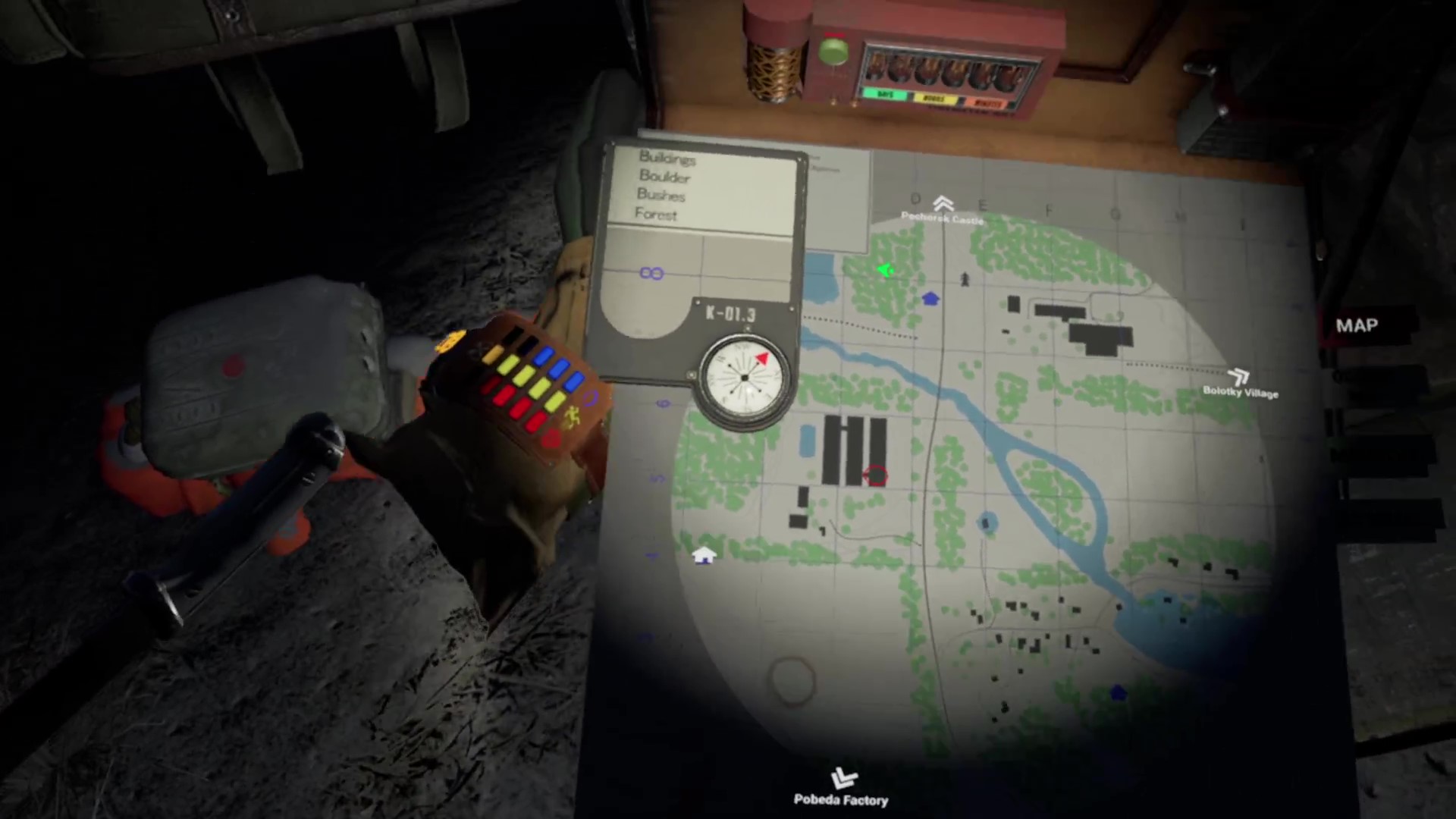 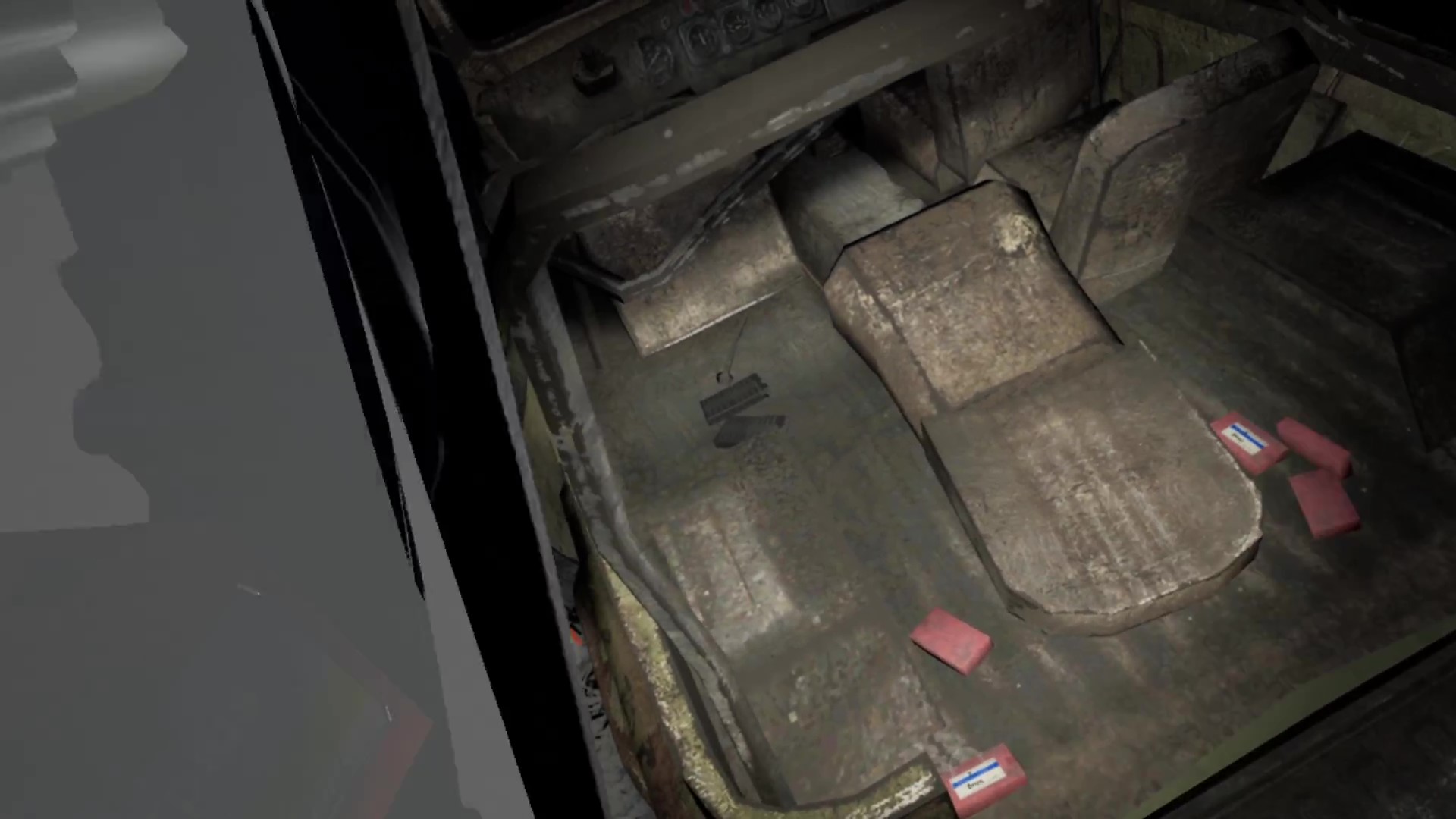 Have not visited yet but I will update when I do.

Here we come to an end for Into the Radius VR Hidden Weapon Locations hope you enjoy it. If you think we forget something to include or we should make an update to the post let us know via comment, and we will fix it asap! Thanks and have a great day!