Ever wanted to beat Helltaker? You already did? I don’t care, imma tell you how to anyway.

Helltaker is a video game about demon girls, which you probably already know. I know many people (no one) that have struggled with the game, and as such, I have decided to write this guide. The guide is split up into a section for each girl. This guide does contain spoilers for both the game and the hidden endings, so you know… Don’t look up a guide if you don’t wanna be spoiled.

“but Mr. Fool in pain,” you say, “The Helltaker isn’t a girl.” And to that I have two things to say:

I. It’s my guide 0_0
II. The Helltaker is clearly the best girl, if he wasn’t, why would he have the most screen time of all the characters?

With the queries out of the way, we can get started. Here are the steps to obtaining the Helltaker.

I. Download Helltaker (With or without the DLC).
II. make a new game.

Yeah thats it. Next girl. 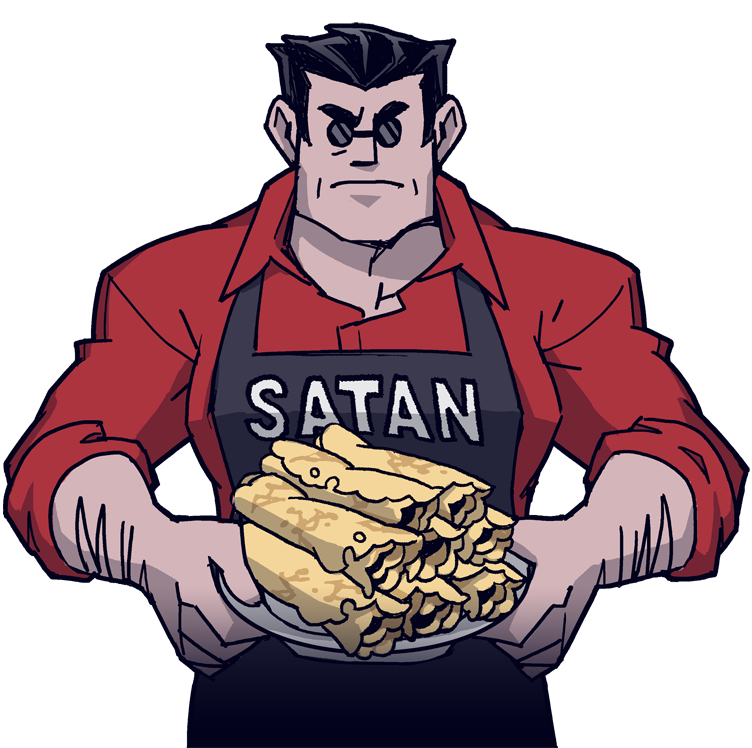 Okay so before you can get Pandemonica, I must first explain the controls. The arrow keys move you in the direction of the arrow key (Hope I didn’t surprise you there), and r is restarting the level. There is a “skip puzzle” option available in the pause menu, but it is general knowledge that usage of this button will actually cause all the girls to hate you, and we will all laugh at you, and you will die alone, and regretting the fact that you dared skip a gloriously crafted Helltaker level…

So don’t skip the levels, m’kay?

U is your ultimate (although no one has managed to use one yet), H fires your gun, which can be obtained by dying 100 times in the first level and F switches weapons.
Each level will have two separate numbers. The Roman numerals are the level number, while the Arabic numerals are the amount of “will” you have. Moving, firing, kicking and switching weapons will all cost one will, while any action performed on spikes will double it’s cost.

Pandemonica is either mid tier or top tier depending on who you ask. You didn’t ask me so I won’t tell you my opinion. 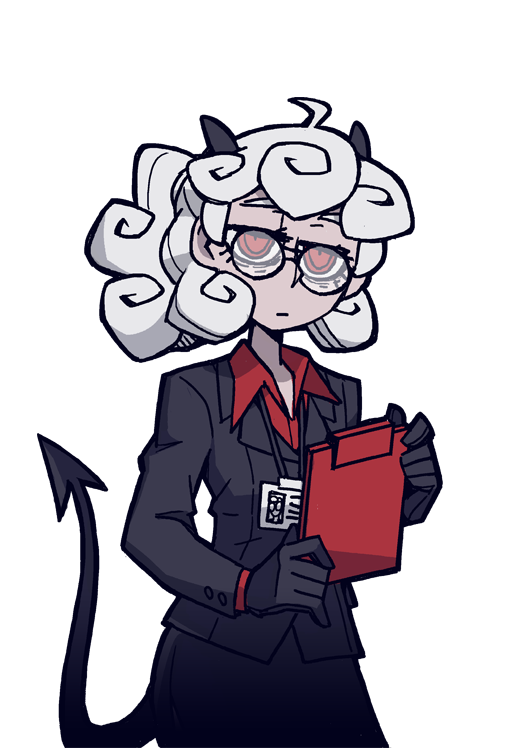 I. go right one and up until you hit the top of the level.
II. go right and kick the right-most rock twice.
III. Cross the spikes and talk to Modeus

She’s a very mid level character. Her love hearts and all-black attire make her a viable build, but the horniness debuff makes it difficult to maximise her effectiveness. 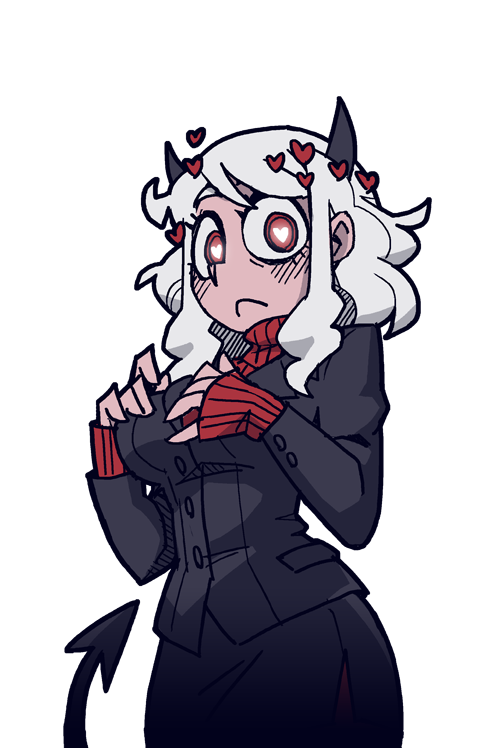 Cerberus is a demon with three bodies, although they share one soul. Her level is the first level with a key, as well as a BFG 9000 in the bottom right corner if you perform a sacred ritual in time with the music.

I. check the legal status of bestiality in your country
II. If it is illegal, skip the level.
III. go all the way left, then all the way down.
IV. Grab the key before proceeding the the very bottom right corner, killing the skeleton in the process.
V. (Optional) up,down,left, left,up,up,up,down,right,right,down,down. This gives you the second secret weapon.
VI. go straight up. the door will unlock when you step on it with the key.

All things considered Cerberus is among the best girls in the game, if only Justice, judgement, lucifer and [Redacted] didn’t exist. :/ 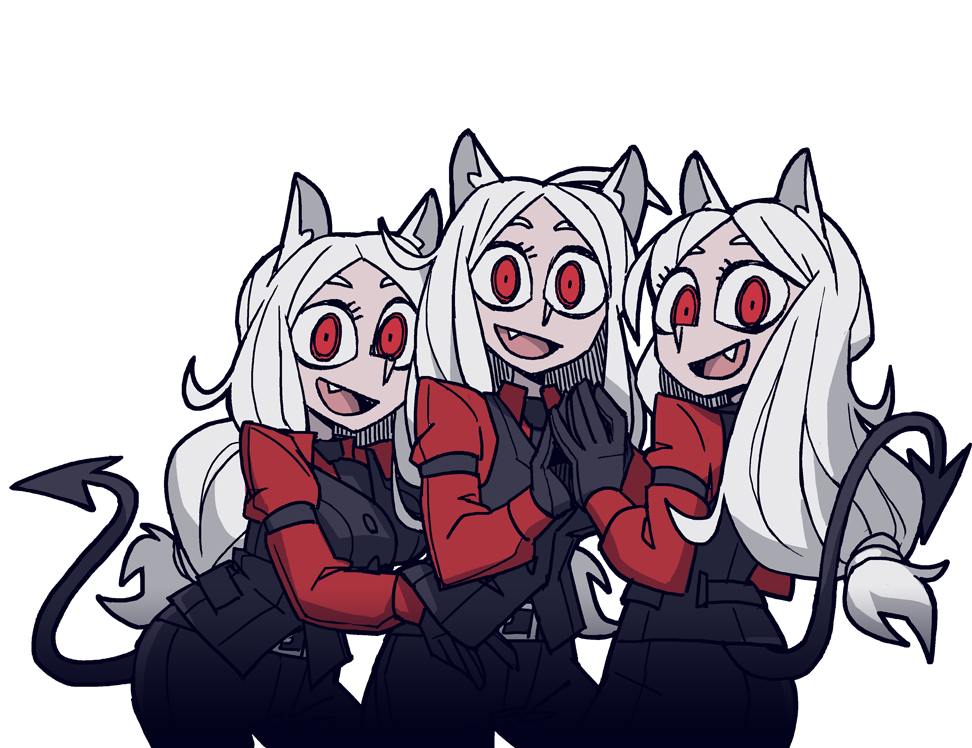 Malina’s level is the first level requiring you to activate your G A M E R C O R T E X, which is an unfunny way to say that I struggled at it.

Malina is pretty good, being eastern european, I can respect that she has a thing for copious amounts of alcohol. 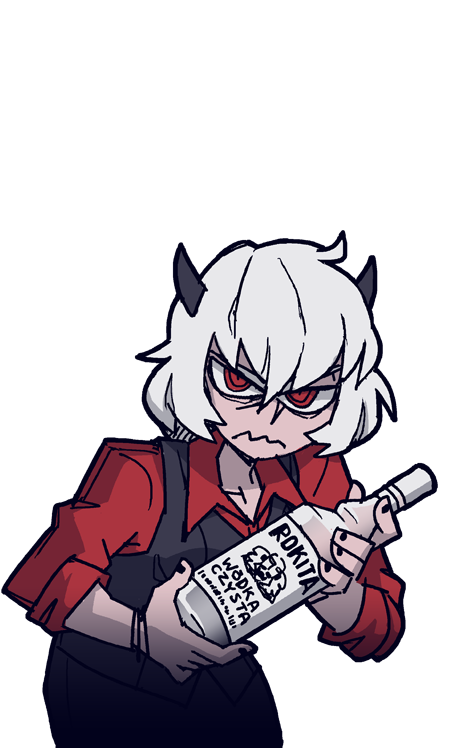 Zdrada is – depending on who you ask – best girl or worst girl. The difference between these two people is that of them one doesn’t like her design and the other one is wrong.

I. go straight down
II. go right 4 times
III. kick the rock above you
IV. collect the key and kick the rock to the left of the one you kicked before
V. kick it again
VI. talk to her

You’ll know you’ve succeeded when she turns into the trollface. 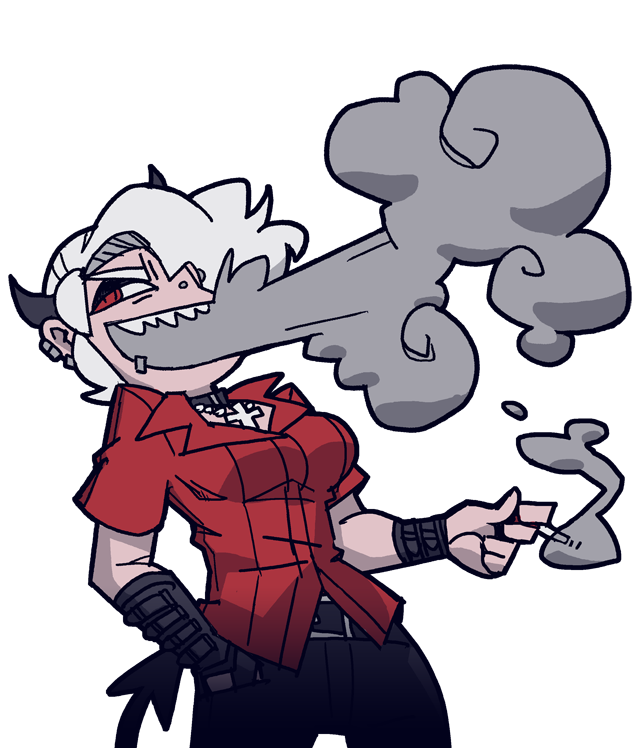 Azazel, the curious angel. Her only weakness is the fact that lewding her was declared a war crime in 1978, punishable by death.

Spoiler: choosing the dialogue option “looking for angels” gives you a secret ending.
overall, she gets a 7/10 on the thicc-o-meter. Like a man with questionable ethics looking for company tell her that you’re doing a thesis on the same thing as her and take her home. 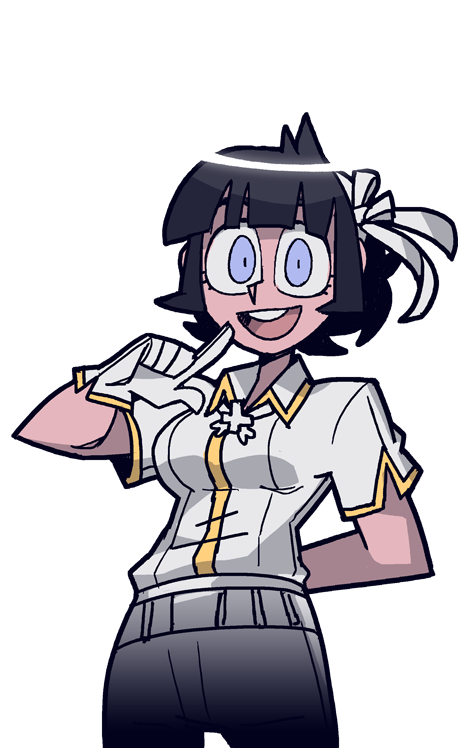 Justice, aside from being firmly in the top three best girls, has nothing much to do. You can change that either by skipping the puzzle (only level this is allowed), or by doing the following:

Yes, i am a hypocrite. 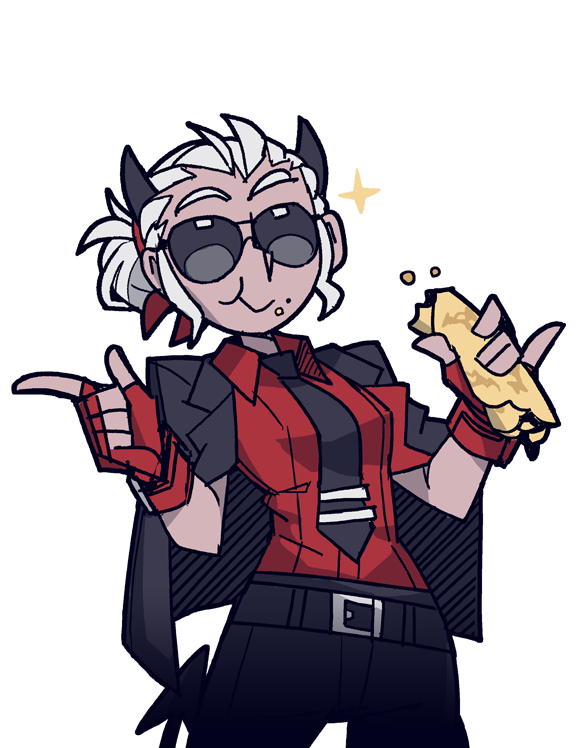 The queen of hell is guarded by a couple soldiers, who luckily cannot attack back.

I. move to the right (or left), go all the way up and kick the last soldier out of the way.

If you’re really struggling with this it is advisable to take a break, drink a cup of tea maybe, and come back refreshed to solve the puzzle.

Fun fact: Lucifer is described in the concept art as being “truly ancient”, so lewding her is probably fine. I’m not saying you should do it. Just kidding, I am. 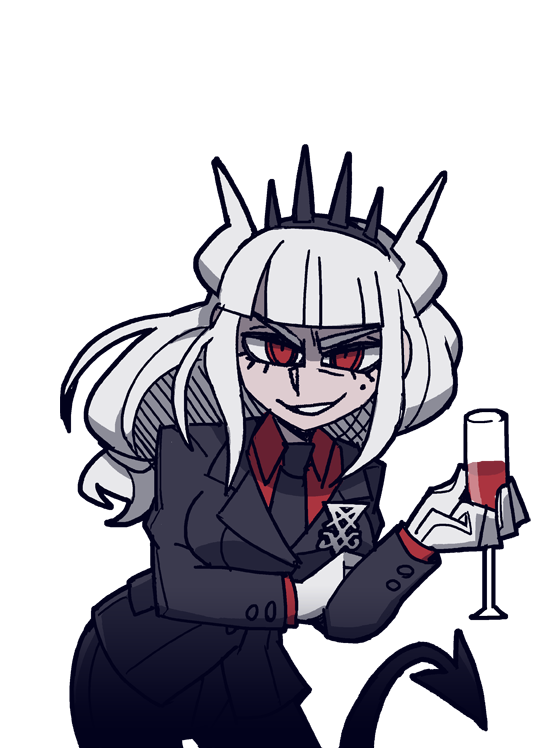 Before judgement’s level, you must solve a puzzle. Lucifer tells you to skip it so I will too.

Her level is basically on crack, but I’ll try to walk you through it anyway.

It’s a bit complex but you should nail it after 30 000 tries. The reward is pretty high though, as she is often considered a very high tier waifu (for …obvious… reasons). 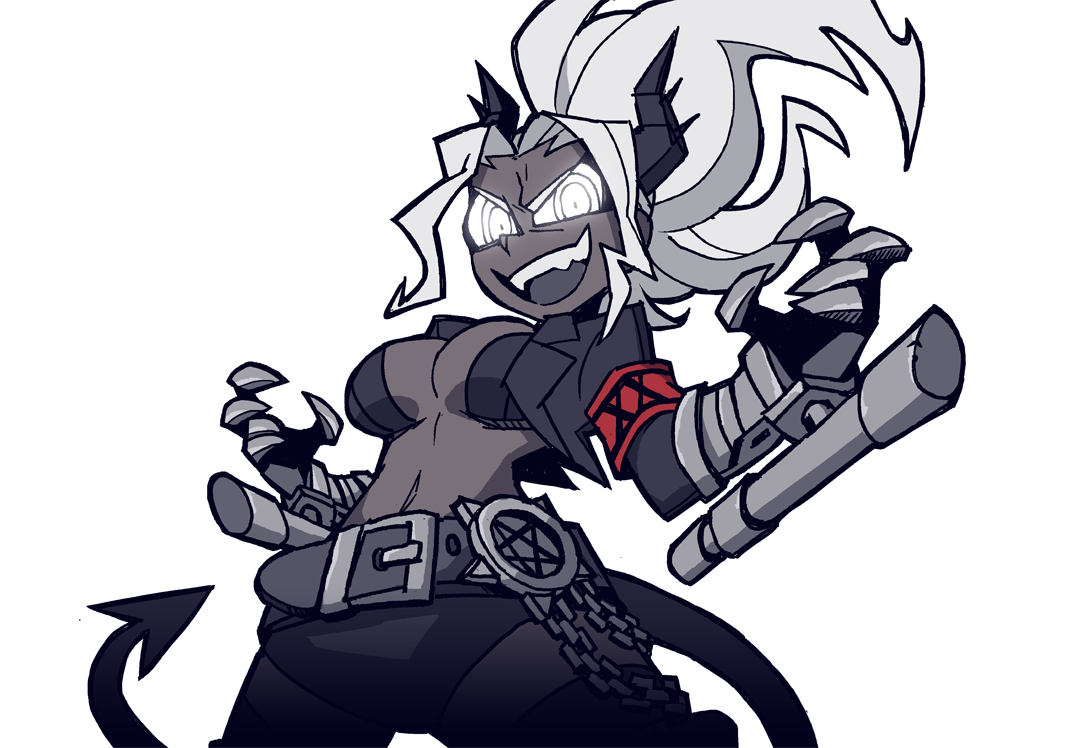 The ending has two (three) possible girls. The police girls and best girl.

To get the police girls:

I. open the door. 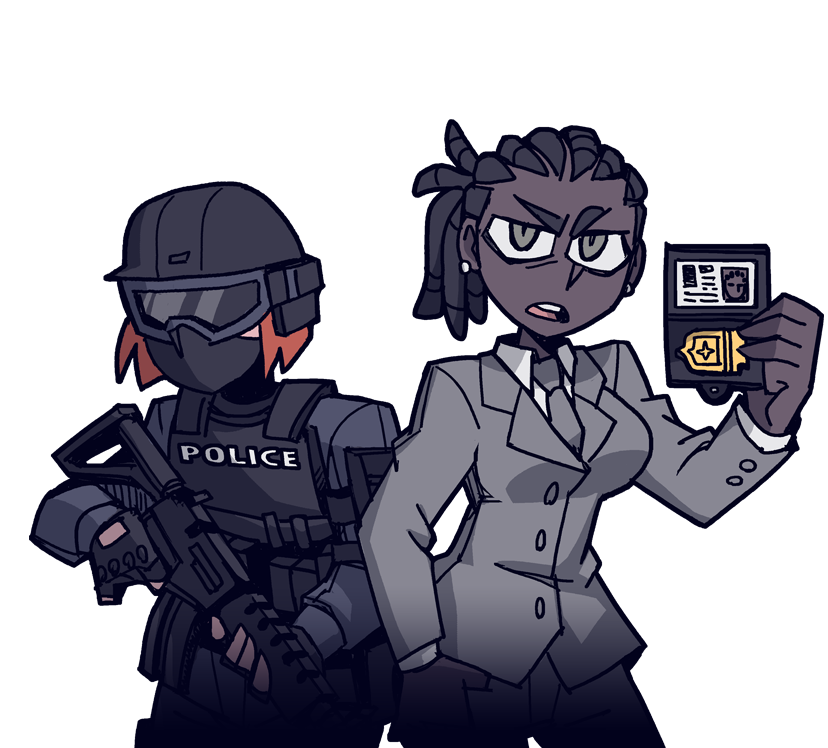 To get best girl however, you must:

I. go to the previous levels
II. find the code (not going to tell you. you’re meant to work for it)
III. input the code in the most obvious place… no… I’m serious… It’s the first place you would think of
IV. go through the portal
V. Meet your new waifu, and be enlightened in the way of the BEEL 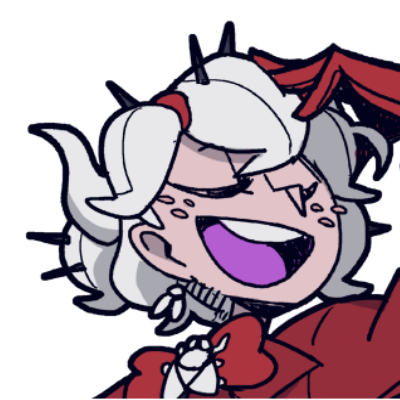 that’s pretty much it. If you have any suggestions please comment so I can cry myself to sleep tonight. 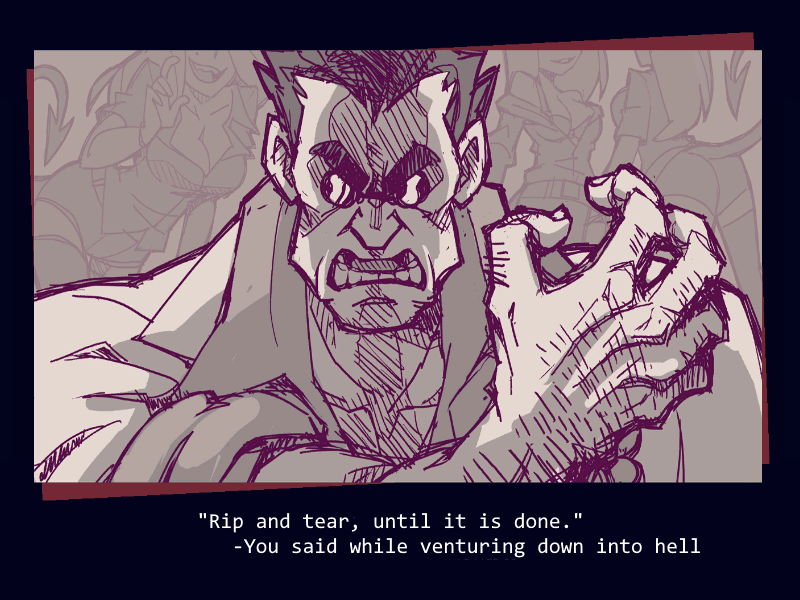 Written by Fool In Pain

Here we come to an end for Helltaker How to beat (and obtain best girl) hope you enjoy it. If you think we forget something to include or we should make an update to the post let us know via comment, and we will fix it asap! Thanks and have a great day!