I present to you the definitive RDM guide, the handbook for all things murder.

For every decent Garry’s Mod server, there are hundreds of horrible ones. In a server plagued with awful admins, pay to win perks and unnecessary rules, a man is not only correct to RDM, he is obligated to do so. 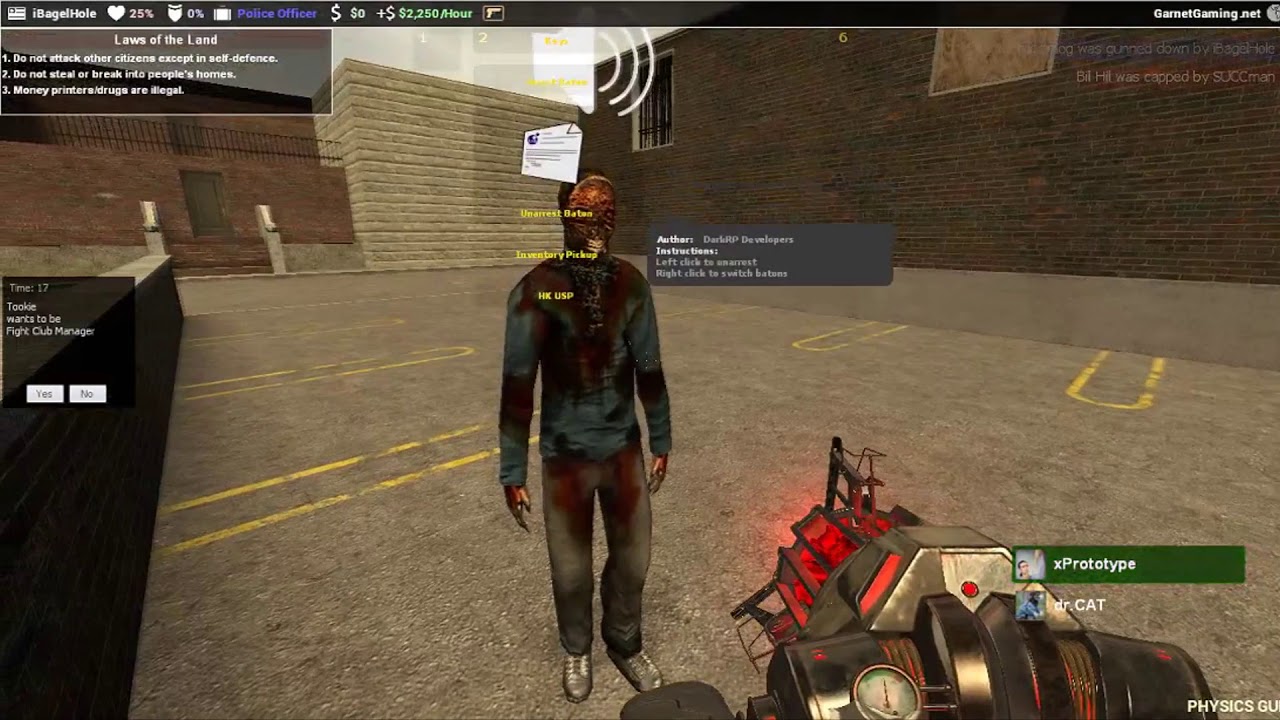 There are quite a few methods to RDM, whichever method is most effective to you depends on how careless you are about a ban, how many you desire to kill and if you are indiscriminately attacking. I will be going over the main RDM methods I’ve seen/used during my time on Gmod, with more potentially being added in the future.

Perhaps the most common method of RDM is Mass RDM, getting some gear and rampaging the streets of the local pay to win DarkRP server until you get shot or pulled into an admin sit. While fun, this method is an almost guaranteed ban from the server so you better make it count. In TTT, an easy mass RDM method is to just find a LMG and go crazy, even though most modern TTT servers autoslay you after a certain number of teamkills, making it less effective. On DarkRP, just become a gun dealer and self supply an LMG or a shotgun and some sidearms for when your mag runs out. Buy plenty of ammo, the money isn’t going to matter if you’re permanently banned. On a populated server at a decent hour of the day, expect to get away with it for about 30 seconds before an admin intervenes. During later hours, you can get up to 5 minutes before an admin crawls out of bed to ban you. Bonus points if you micspam something offensive/obnoxious during your spree, it’ll get blood boiling even more.

Ever have someone in a game who has a voice that is grating to the ears, like nails on a chalkboard? You are certainly not alone, as I’m sure everybody has had this experience on Gmod before. Targeting someone specifically can be one of the most entertaining methods of RDM ever. RDMing them may prove hard, but playing dumb and saying stuff like “I’m sorry I thought you proved yourself to be a traitor” or “I’m new to this gamemode” have an extremely slight chance of working, be creative and play stupid! On DarkRP, you can switch to a mugging job, wait for them to get distracted and then mug them the second they move an inch. A good bind would be “Drop 5k or die, moving is KOS”. On most servers, this perfectly complies with the rules so a ban can be avoided, though this is not an RDM. Below is a list of the best player archetypes to target for an RDM to get a good reaction.

Yeah you’ve met one of these people before, a flashy anime model, colored nametag and an ego comparable to that of a narcissist, donators (I would say donor, but it doesn’t sound quite right) are some of the most annoying and irritable players on any TTT or RP server. They are usually never quiet, refusing to STFU and play the game for even a single second. A donator is generally the first on the frontline when it comes to snitching on somebody for a minor rule infraction, licking the boots of any admin they can. They usually know every minor rule and are the most aggressive when it comes to calling an admin sit. The reaction they give is top tier, with most getting genuinely angry at you. Expect to get jailed for killing them once.

Around the same level on the hierarchy as the donator, the egirl is notable for the amount of suck ups willing to defend her at the drop of a hat. Killing her will usually get a passive aggressive response and potentially even a ban due to most of them being buddy-buddy with the admins. In my experience, killing an egirl in TTT grants some great reactions, partially due to the level of bitchiness you can hear emanating off of them after the fact, but mostly because “haha dumb gurl and whiteknights mad”

A mixed bag, the average joe of a Gmod server has no specific “stereotype” or reaction. It’s mainly trial and error. Expect older guys to be chill and expect kids/teenagers to freak out and call you into a sit for RDM after losing their items.

Well, what weapons should I use?

The weapons you use in your RDM play a major factor in it’s success or not. The most obvious advice to give is to use the weapons you’re most familiar with. If you used to get major quickscopes on black ops 2 in 2013, go for a sniper. If you like close range combat with an almost guaranteed one shot kill, go for shotguns. If you need a mix of medium and close range, use an assault rifle or SMG. Most Gmod maps are not that big, so long range combat isn’t something you should worry about. Use whatever is available to you, except for handguns. Bringing a handgun to a fight is a proven way to get killed during your attempt and then immediately teleported to the admin corner.

Though I am inexperienced in the art, killing with props is a hilarious way to RDM people and is a surefire way to piss losers off. Below is a guide on it, hopefully it can help you!

Why did you make this guide?

I was bored, and my disdain for the meta of pay to win servers on Garry’s Mod led to me consistently trolling them and getting permanently banned on many. I made this guide to help people out, as messing with these servers and their inhabitants is a fun time for all.

I made this guide mainly just to kill time. As of now, it is a bit barebones and not as helpful as I want it to be in the future. I would like to turn this into a full on handbook of trolling methods, but it’s nowhere near being complete yet. Please comment questions, suggestions and whatever else. 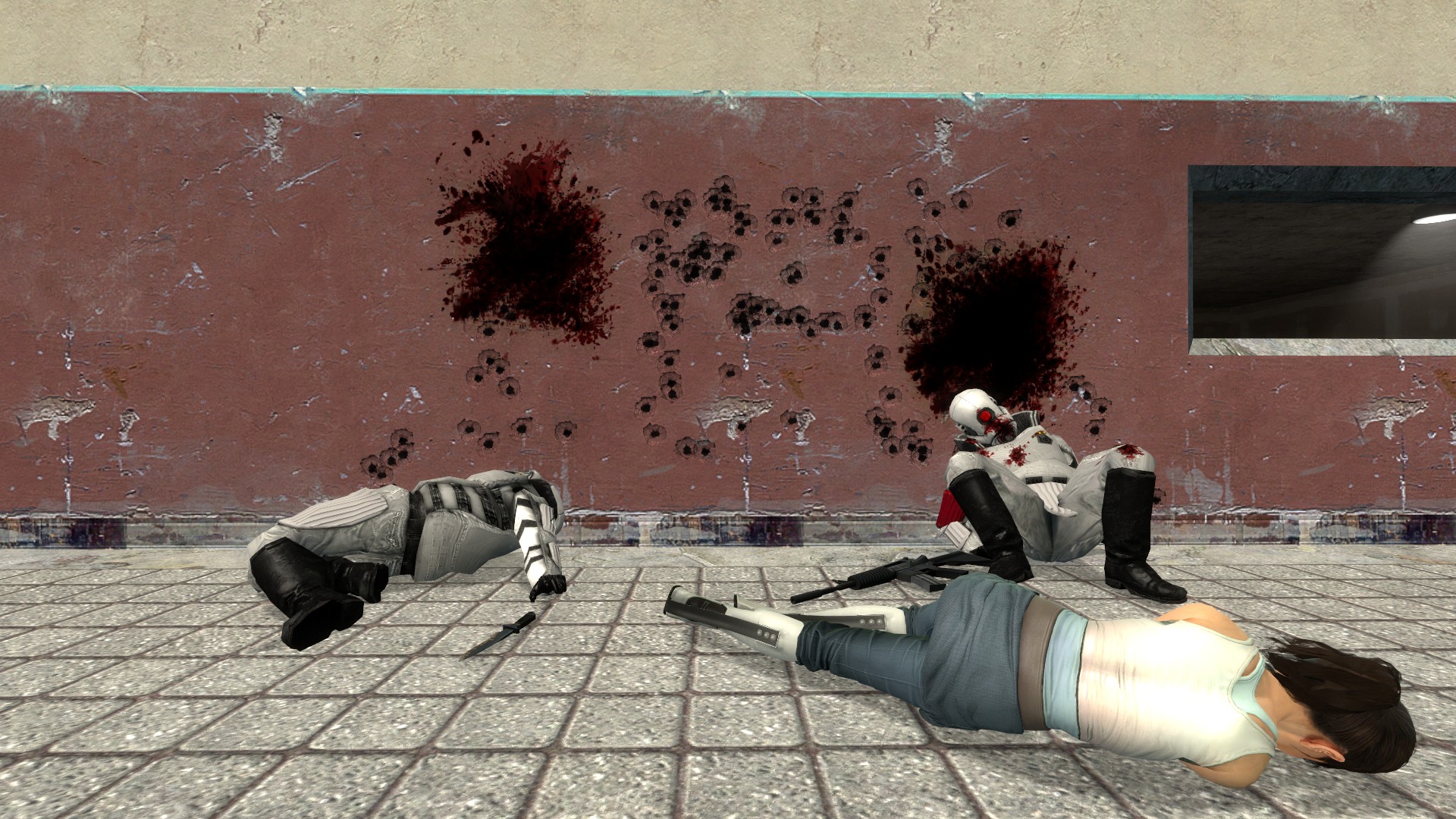 Hope you enjoy the post for Garry’s Mod RDM Handbook Guide, If you think we should update the post or something is wrong please let us know via comment and we will fix it how fast as possible! Thank you and have a great day!