Everything I wish I would’ve known on my first play-through; useful tips and tricks to successfully navigate the political intrigues and global battlefield of ancient Rome.

**UPDATES TO THIS GUIDE ARE ONGOING** 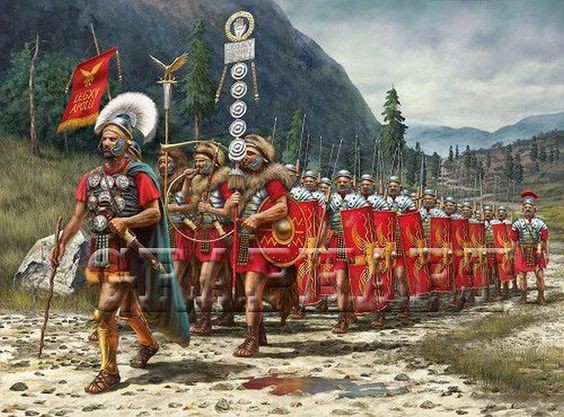 The information within this guide will range from basic information for new players to advanced tips for those looking to sharpen the edges of their well worn gladius.


I intend for updates to be regular, but they are at the mercy of my free time and you may come across unfinished content within the guide.


Feedback and requests are always welcome.


Hopefully you will find it useful in your campaign!

Got some unique weapons/armor collecting dust in your inventory because your new loot was better?


PUT THEM TO USE! 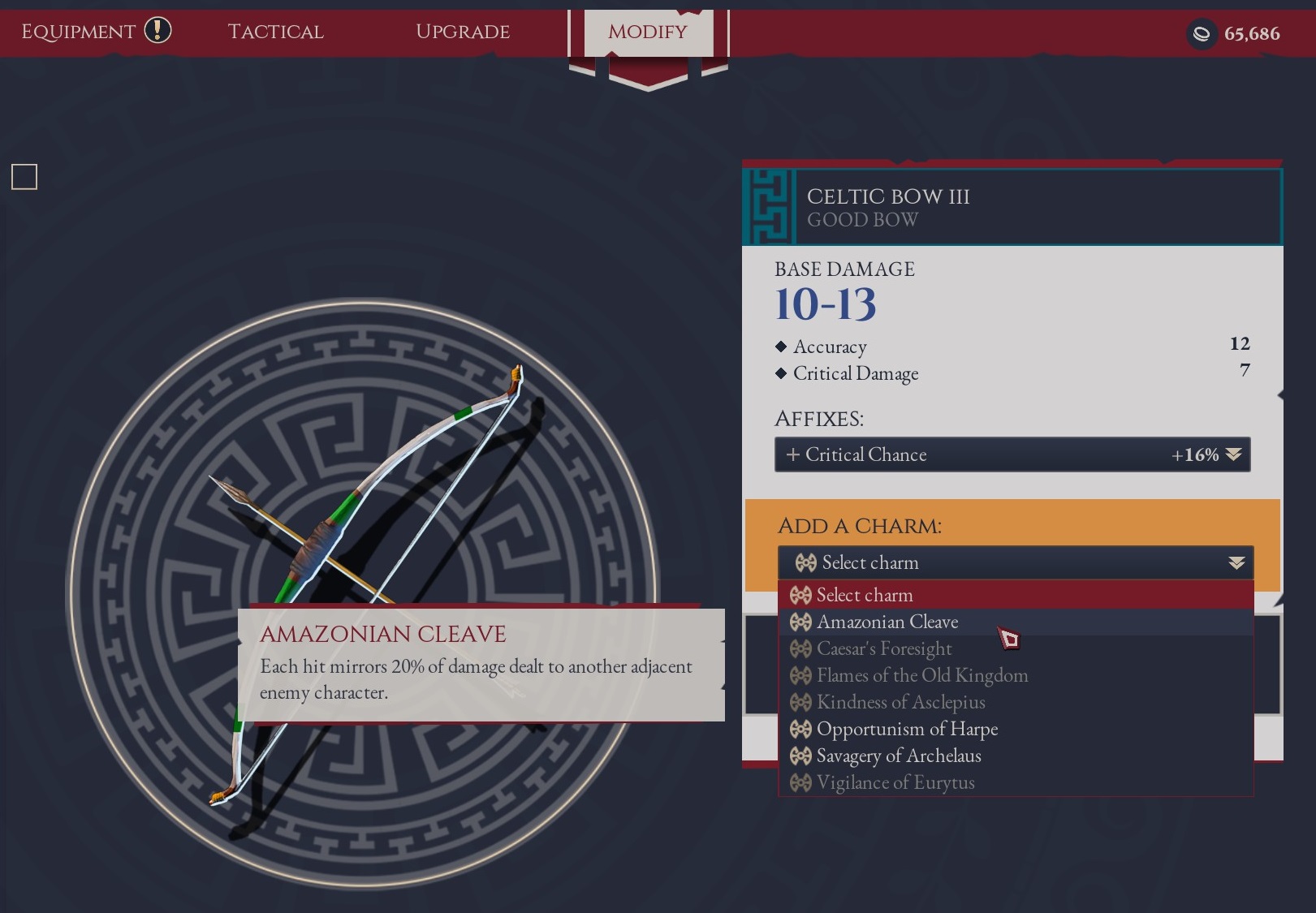 This allows you to swap powerful item abilities between your gear, resulting in RIDICULOUSLY effective combinations.


Notably, you can swap some equipment abilities between different equipment types as well.


Want that sword / spear ability on a bow instead? You got it.

NOTE: You can always dismantle any item to refund the unique material and re-forge the original item or modify a different item with it’s ability.

Don’t be stingy with that hoard of crafting materials!

I really wish I had realized this sooner but praetorians you hire keep the equipment you give them even when the campaign ends and you transition between Acts.


Confused about what’s happening during an army battle? Fear not, you are not alone.


Your selected commander/centurion has TRAITS that will be used in a series of checks during a battle. 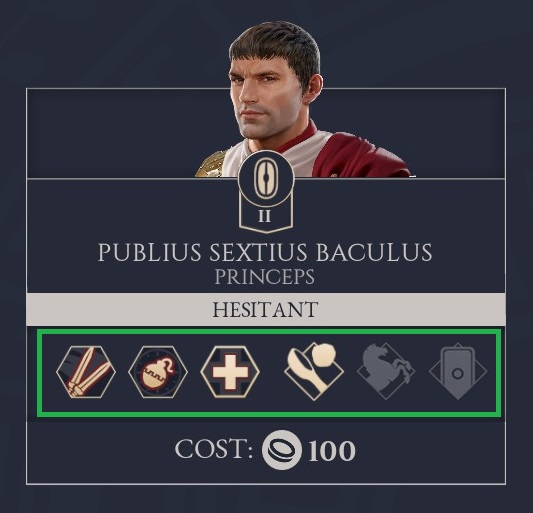 NOTE: The traits checked in battles will include the centurion’s character class, such as Princeps, Veles, Sagittarius, or Triarius.


You can track the traits covered by your 4-man team of centurions on the “Party” tab of the Barracks Tent in camp. 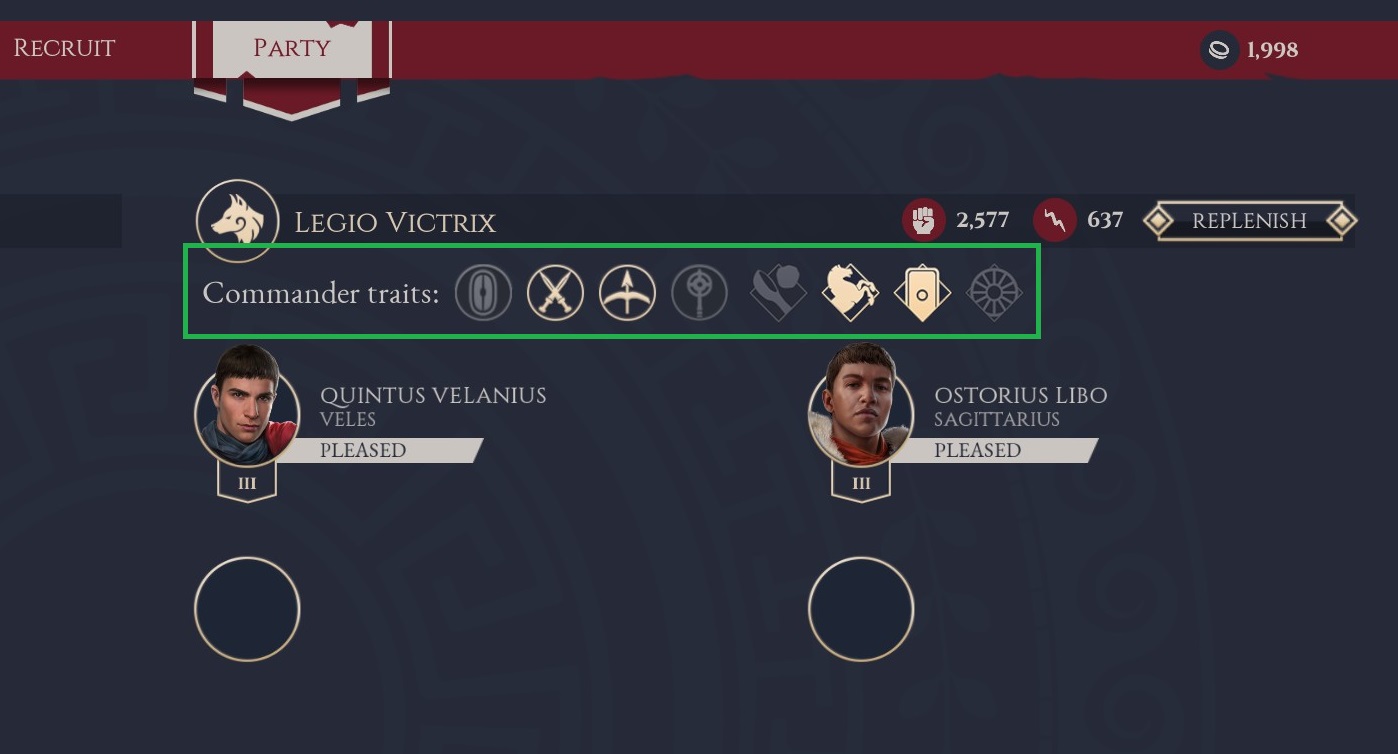 
During the battle, there will be ATTACK and DEFENSE checks of seemingly random traits. If your commander has a trait in the check, it will succeed. If he does not, it will fail.

If an ATTACK succeeds, you will have a positive result such as:

What about AGGRESSION and DEFENSE?


AGGRESSION will increase the effects of a successful attack on enemy manpower.


DEFENSE will reduce the effects of a failed defense on your legion’s manpower.

You may find yourself struggling to build your legion’s experience. Experience is a great power modifier that can allow you to wipe out armies much larger than your own.


The solution I found was fairly simple and could help you as well:

Your legion’s morale will have a direct effect on it’s fighting strength, and getting your morale to maximum can easily be achieved early in your campaign by doing the following:

A praetorian with the social trait will regularly increase your legion’s morale while assigned to the baths on a revolving 32-hour increment during your campaigns.

If none of the available praetorians for recruitment have the social trait, assign a praetorian to the Barracks Tent to refresh available recruits.


*Building and upgrading your legion’s Workshop will allow you to unlock and upgrade your strategems, respectively. Many early stratagems come with penalties to morale, so upgrading your workshop is a recommended as a priority for preserving morale as you wage war.

Arguably, the single greatest factor to your legion’s success on the battlefield will be your STRATAGEMS: the tactics chosen during a battle.


You will only start the game with a few level 1 stratagems, but more can be unlocked by building and manning a Workshop. This makes the workshop a fairly high priority item when considering which buildings to build / upgrade at your legion’s outpost. 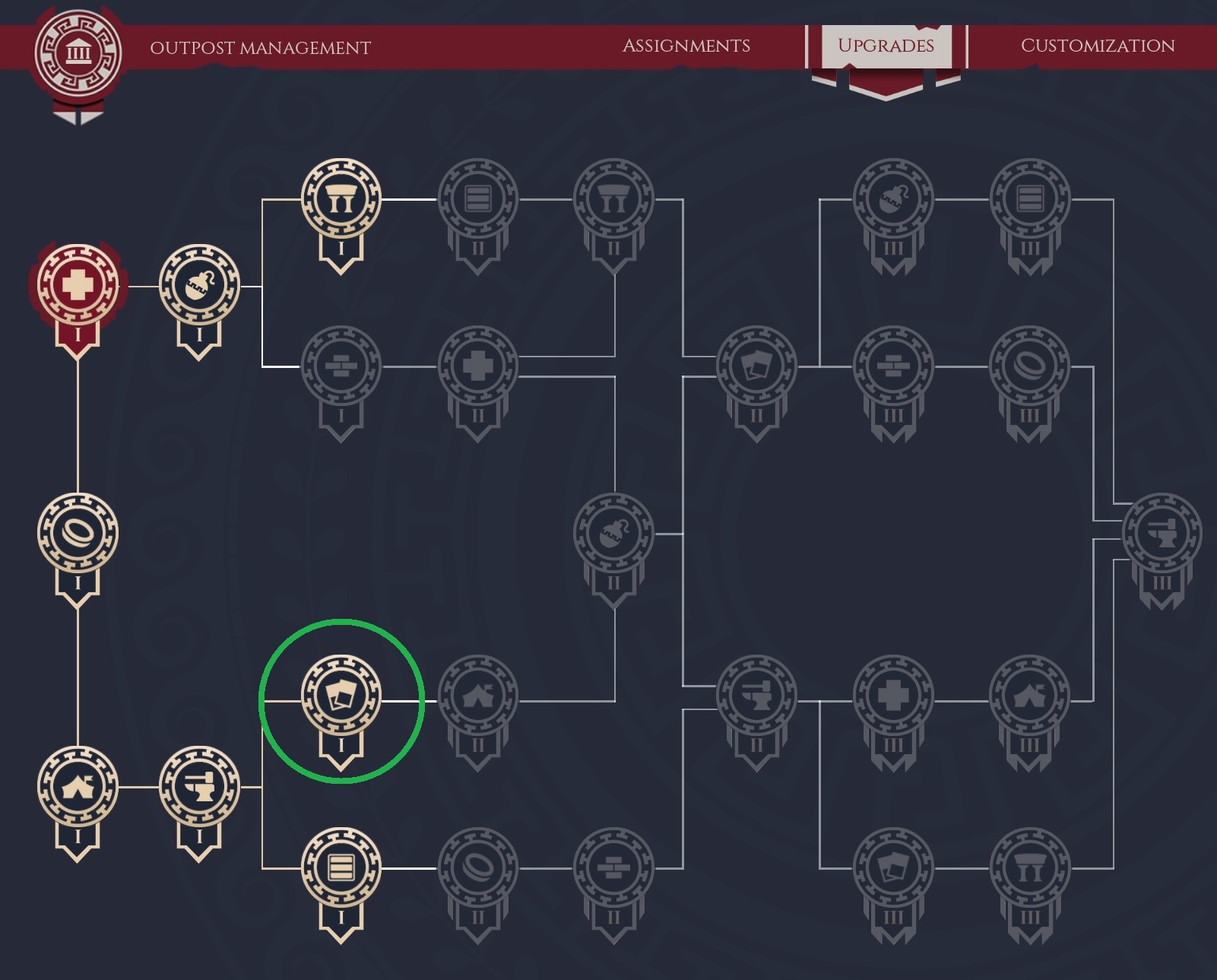 Once your workshop is up and running, you will want to almost ALWAYS have a praetorian assigned to it. Early in the game, this will allow you to unlock the remainder of the level 1 stratagems as well as start stocking up on one-time-use stratagems (identified by their red color).

After each time you upgrade your workshop (typically only once per campaign depending on how you utilize your resources) you will be able to unlock improved versions of your stratagems with reduced (or sometimes REMOVED) penalties or improved benefits.

PILLAGE YOUR WAY TO WEALTH


If you aren’t already, for the love of Jupiter, use your tactical items with wild abandon.


With the exception of a few prolonged, multi-stage boss battles, it will do no harm to use them as often as possible (provided you are packing spares as per the section of this guide below).


Tactical items (javelins, greek fire jars, bandages, caltrops, etc) can easily turn the tide of a battle and can be used by your praetorians as a free action.


I’ll cover my favorites and how I use them:

Eventually you will need to replenish your depleted tactical items after your many hard-fought battles. You will want to head over to your legate’s tent in camp to do this. You can replenish tactical items for free a certain number of times depending on the upgrade level of your tent and for a material cost as much as you need after that, when in camp.


However, we are Romans, and unlike our barbarian enemies we will not squander precious resources when arming our legionaries.

This will not only grant you an extra free resupply for a tactical item, but reduce how long it takes for your free resupplies to refresh.


Ultimately, you will not want to rely solely on your legate’s tent to keep your praetorians well armed. You will want to utilize the next tip in our guide, which brings us to…

Try to always have a stock of spare tacticals in your inventory.


This will ensure you always have them available when away from your legion’s garrison, and you can replace depleted tactical items with fresh spares to keep going battle after battle.


There will be portions of the game where you will NOT have access to your legates tent or smithy but you may NEED to replenish your usable items.


Spares. Spares are the solution.


Specifically, when you are in Rome.


For those who have not yet noticed, the battlefields are typically dotted with interactive tactical items.


You can get anything from free bandages from medical crates to free javelins in a pila barrel. Even torches from a fire pit can help give you that tactical edge of setting your barbarian foes aflame.


Be warned: Your enemies will do the same.


Have you experienced the joys of sending a fire arrow from your sagittarius into an oil barrel, around which your enemies have decided to gather? It’s both satisfying and effective.


Keep your eyes peeled for chances to use oil or water barrels to your advantage in battle.


Breaking them can open different options to your team of praetorians.

Hope you enjoy the post for Expeditions: Rome Gameplay Tips & Tricks Weapons-Characters-Classes & Tactics, If you think we should update the post or something is wrong please let us know via comment and we will fix it how fast as possible! Thank you and have a great day!