Players want to look good after giving their opponents a beating in PvP and The Raging Wolf Armor set does that perfectly so you wouldn’t want to miss out on it! We will guide you step by step on how to retrieve this aesthetically pleasing yet one of the toughest armor in Elden Ring. You’ll be a force to be reckoned with in Elden Ring once you wear that Raging Wolf Armor Set! 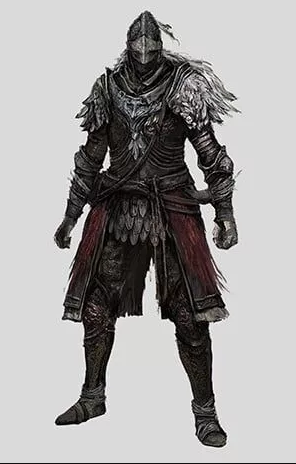 Getting the Raging Wolf Armor is not that easy and it’s also time-consuming but hey, no one starts a Souls game thinking it will be easy and quick. To start the questline for this armor, players need to go to Volcano Manor on Mt. Gelmir. You can check the image for the exact location on the world map.

How to Get the Raging Wolf Armor Set?

Patience is key here because there are several different things you need to do and bosses to beat before you can acquire the Raging Wolf Armor set. After reaching Volcano Manor, head straight inside up the stairs and you’ll see Tanith, the queen of Volcano Manor. Talk to her and accept her invitation to become a part of the Volcano Manor to trigger the next part of the quest where she’ll give you the key to the ‘Drawing Room’. Head to the Drawing Room in the hallway to your right and there will be a letter on the long dining table in the middle of the room.

Take the ‘letter from Volcano Manor’ that marks the first of the Invaders ‘Old Knight Istvan’ on your map. You’ll find this boss north of the Warmaster’s Shack. Defeating Old Knight Istvan will reward you with the ‘Scaled Armor’ set. Go back to the Queen Tanith and talk to her. She will thank you for defeating Istvan and give you a Magma Shot as a reward marking the completion of the 1st part of this questline to get the Raging Wolf Armor set.

Go back to the Drawing Room and you’ll find another letter on the table. Taking this letter will mark the location of the second Invader ‘Rileigh the Idle’. You’ll find Rileigh South-East of The Bridge of Inquiry on the map at the Altus Plateau. Start the invasion event and beat Rileigh. Once beaten, you’ll be rewarded with a Rune Arc and Furlcalling Finger Remedy. Now go back to Volcano Manor and talk to the Queen Tanith who will once again thank you and give you the ‘Serpentbone Blade’ as a reward for defeating Rileigh the Idle.

After beating Rileigh the Idle and talking to the Queen Tanith for the second time, you will find the ‘Red Letter’ on the dining table in the Drawing Room. Taking this letter will mark Juno Hoslow, Knight of Blood. Juno Hoslow is located west in the Ancient Snow Valley Ruins on the map. Defeat Juno Hoslow at the Mountaintop of the Giants and you’ll be rewarded with a Rune arc, Furlcalling Finger Remedy and the ‘Hoslow Armor’ Set. Go back to Volcano Manor and talk to the Queen. Head to the Drawing Room and talk to the NPC ‘Beast Champion’ to trigger the next and final part of the quest leading to the Raging Wolf Armor set.

The Beast Champion in the Drawing Room is hard to miss because of his bulky armor. There’s a specific trick to talk to him because by some chance you could might miss out on the armor. Talk to him the first time then go back to the site of grace in the hall and rest. Come back, talk to him again, learn the skill he offers and once again go back to the site of grace and rest. When you go to the Beast Champion for the third time, he will give you an invitation to hunt some of the very first Tarnished to ever sit on the Roundtable. Collecting that invitation will mark Vargram The Raging Wolf and Errant Sorcerer Wilhelm on your map.

Take the invitation and head on to the West Capital Rampart on the map. Vargram is located west of there. Head into the building and there’s a lift on the left, pull the lever to call the elevator and head up to Lyndell, Royal Capital. The next part is to reach the Vargram fight location inside the Capital and this can be confusing for some players which is why this guide will explain in detail on how to get there.

After using the elevator platform to get topside, make your way down the long stretch of path that leads to where the icon is. You can rest at a site of grace there called Avenue Balcony. Head down from there until you see the fallen dragon. Climb the dragon’s wing and you’ll see a small opening dropping down from the point where the dragon’s wing starts. Now go up the ladder and follow the path until there’s a dead end then head down the staircase in the opposite direction and you’ll reach the hall where the Vargram and Errant event starts (You can ignore the enemies you encounter on your way here).


Equip the armor set from the inventory and voila, your character is wearing the best looking armor in Elden Ring!

Hope you enjoy the post for ELDEN RING How to Get Raging Wolf Armor Set Guide, If you think we should update the post or something is wrong please let us know via comment and we will fix it how fast as possible! Thank you and have a great day!