How to get Margit’s Shackles

In the ravine between western and eastern Limegrave you just jump down using your mount and you will find a small cave along the wall on the west side. Bloody Fingers Nerijus guards the cave, you can fight him or run. Go inside, kill/run past some undead in the first room, be aware of the bell alarms in front of the grass. There will be a passage to your left and it will take you to a room where, believe it or not, Patches is the boss. You’ll see a chest, loot it, and it’ll trigger the fight with Patches. Get him down to half health and he will plead for his life. DO NOT KILL HIM. Just stand there, he will calm down. Leave the dungeon and come back and he will have a shop open. He sells an item called Margit’s shackles, which when used will completely immobilize Margit for a while. Only can be used in the first phase, before Marget gets out the hammer and can only be used to interrupt the attacks once. 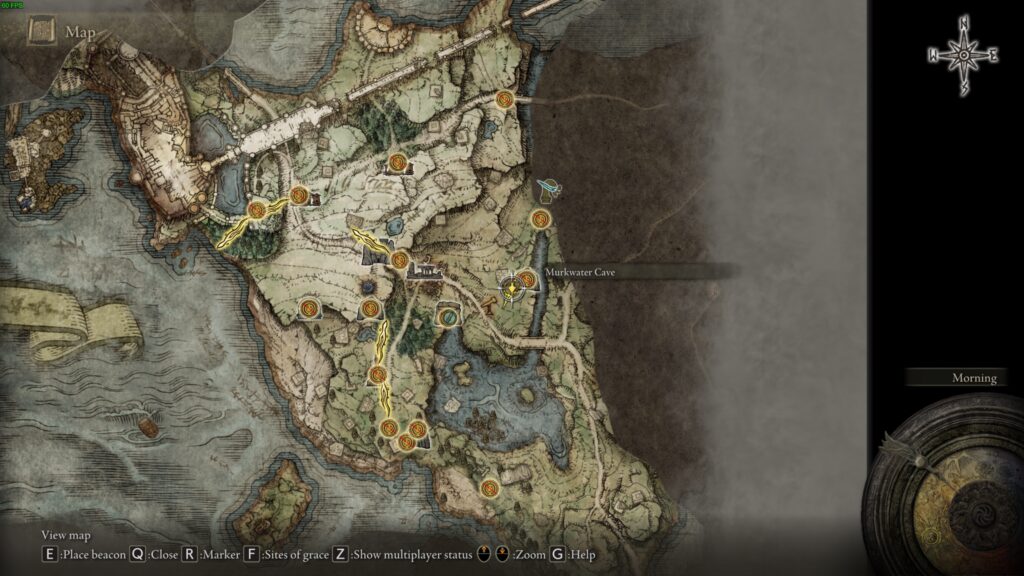 How to beat Margit, the Fell Omen

The first phase of this fight will be Margit attacking in large sweeping strikes. They will chain two or three strikes together in a chained combo which you need to be sure to back away quickly from. There will be a moment where Margit holds it’s staff back behind him, this is your signal to back away. Keep a middle distance, if you get to far Margit will use a dashing attack in which you need to dodge or if you have enough stamina, block with a shield.


Be careful circling behind Margit for too long. Its gross tail thing is a weak point but it can also use it to stagger you. Stick to the rule of not being greedy and only hitting the tail once or twice before rolling away.


For the second phase it starts around 60% health. Margit will summon either a dagger, a sword, or a hammer. The hammer will close out a series of chained attacks mostly.. When you see Margit raise the hammer back away quickly, dodging underneath the boss isn’t an option.


Alternatively, Margit will throw two daggers in rapid succession, before pulling a hammer for a crushing overhead attack. Again, the daggers can be easily dodged by rolling to the side whereas the hammer requires you to back away quickly.


Finally, the sword. Like the daggers, the sword will be used to potentially start a chain attack from Margit. Like the staff thing used in phase one, Margit will use the sword in big sweeping attacks. The best counter for this is to back away and use ranged attacks. You can easily be caught up in this if you’re dodging them.


Once Margit is dead you’ll recieve 9,000 runes and a Talisman Pouch. Have fun in Stormveil Castle!

Hope you enjoy the post for ELDEN RING How to get Margits Shackles and beat Margit the Fell Omen, If you think we should update the post or something is wrong please let us know via comment and we will fix it how fast as possible! Thank you and have a great day!