Taking my experiences as Thrall as well as seeing other Thralls, here is more of a “thoughts put down” guide on how certain thralls succeed in certain roles in Dread Hunger.

Let’s start off simple. This is NOT a definitive guide to thralling with these classes or definitive roles for Thrall as these classes. You can do whatever you want as a Thrall that suites your needs and works in sabotaging the voyage to ruin.


HOWEVER, that said I’ve noticed that certain classes tend towards two types of Thralls.


Passive Thralls or The Wolf in Sheep’s Clothing.


They stick with the main group of Explorers, earning their trust, saying a word or two, putting the right stuff in the right place or making friends. Put simply, out of everyone on the ship, they suspect this guy the least; their mistake. Passive Thralls poison, quietly steal and throw stuff away, consume most of the stew, poison the meat or herbs in the stove when the Cook isn’t keeping watch. They’re earning trust by making clean stews, or giving things to others they need like Sinew and pelts for satchels, or bullets for the Marine. They typically use powers less, waiting for either tier 3 to summon a long whiteout, or a horde of cannibals on a lone fool when no one’s looking. They leave the dirtier work to the…


Building Totems, using or destroying Coal, Trapping or blowing up boats, outright MURDER. These Thralls, once ready. stay away from the main group, working to empower both Thralls via totem building, summoning whiteouts to hamper the crew, or even hunting down and murdering the crew trapped alone in the wastes. They sustain themselves on human flesh, while doing one simple thing, grabbing all the coal first and keeping it away from the crew so they have no chance to reach the end before the Blizzard hits.


Then there’s two characters that aren’t exactly leaning strong on either so they kinda go either way depending on how the players feels like doing it. 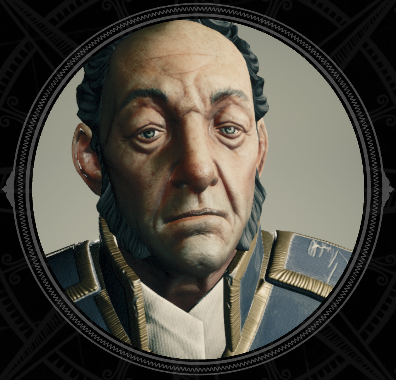 
With his survival stats improved while staying onboard the HMS Wendigo, the Captain is typically expected to stay on the boat pretty much all game outside of either emergencies (grabbing Nitro) or being found out as Thrall. While everyone jumps off to grab stuff, you can simply wait for your spells to charge before either entering places like the Poker Room or the Crow’s Nest (where no one will really spot your blood spurts from casting), and siccing Cannibals on some lone person you see in the distance, or a whiteout while everyone runs back for the night. Also since near the end they depend on the Captain to try to get them near the end, you could always take the opportunity to screw the ship sideways…literally. 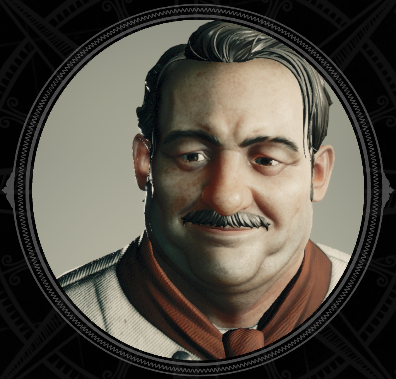 
THE absolute best for passive thralling. The easiest way to earn trust beyond giving bullets to a Marine, making clean, un-poisoned stew for the whole crew. Trust is a very valuable resource in these kinds of games and food and heat are hard to come by alongside coal. So gather meat and herbs to make good tea and food to give to folks and they will NEVER ever suspect you…to their mistake. Don’t be afraid to take two for yourself…that’s one less for someone. 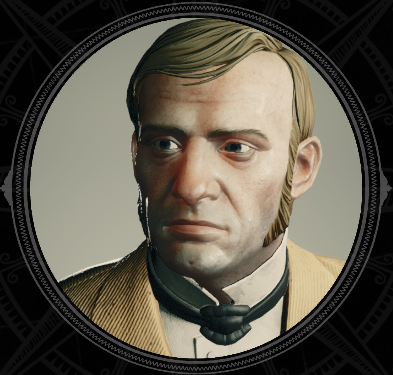 
In one hand, you silently poison with needle or subtle application when no one sees. In the other hand, a clean antidote to sell to the person you poisoned, instant trust. Plus they expect you to take herbs from Doctor’s bags more or less so no one questions the doc cooking on the stove, until they all start getting queasy. While not as grounded as the Captain, or easy to gain trust as Cook, Doc makes it work by simply pretending to help carry someone to the ship…before tossing them into the ocean.

Aggressive Thralls: The Biting Chill of the Cold 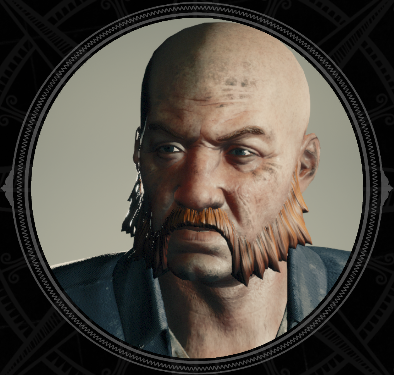 
Starting with the best melee weapon, the axe, and a coal barrel begging to be turned into a easy early game bomb with his crafting speed, the Engie is by and large the most nastiest of the Thralls to turn on the crew. God help you if he has a pocket full of bombs, traps, and a sharpened Axe to pick off Explorers running to save their doomed ship. If your ship is getting bombed alot, it’s probably a Engie going ham out in the cold. 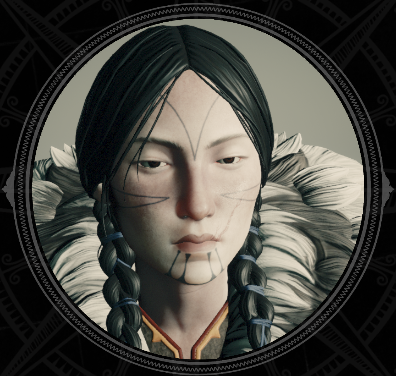 
Longevity. That’s the sole thing the Huntress has over the Engineer. With recoverable arrows, and fast harvesting, the Huntress could probably last without ever stepping back onboard the Wendigo. Hunting anything that isn’t a Polar bear, cooking human and animal meats, making teas with herbs to keep warm, destroying Coal, making totems. There’s a reason why Hunter’s that barely come back, if at all, get accused easily as Thralls early on, and she doesn’t mind at all…she’s got those accusers dead in her sights, alone and shivering in the dead of night. 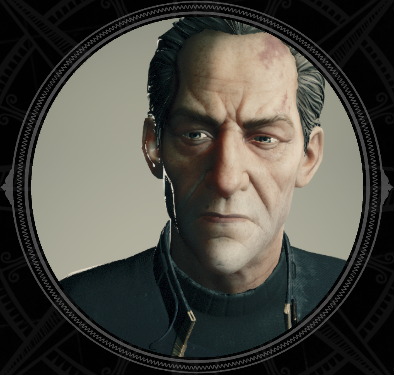 
Now i know, he’s not as powerful as the Engineer, with only a garbage spyglass as his starting weapon, and a useless lantern (compared to Tea for warming anyway), nor is he as long lasting as a Huntress. But speed, he does have. Once leveled to a decent level, a Thrall Nav can freaking Naruto run to all the coal spots and toss ’em into the sea before anyone else, or gather all the good stuff from spots way before a Huntress or a Chaplain with his horde of keys. Just make sure to grab a better weapon then that spyglass before you go into combat.

The Runts: A dagger in the back, or the face?

So these two aren’t exactly strong one way or another, and as such it’s more up to the player themselves what to do if their character get’s picked to be the Thrall(s). 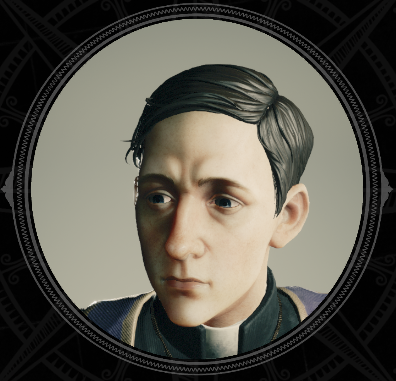 
The stronger of the Runts, having a Shovel and one Skeleton Key, this so called “noble” man of the cloth ventures forth on one purpose, hoarding all the keys he can find, digging up dead officers and storage boxes, and taking ALL the goodies on ’em, bones, swords, extra coal, anything that goes to you that the crew will never have. If you play passively, you could be a trusted keymaster that let’s others out (and your thrall buddy quietly), while aggressively akin to the Huntress, Chaplain can live off what’s on corpses and storage boxes to not die. Plus denying Skeleton Keys means less Explorers getting second chances or opening those prized yellow boxes. 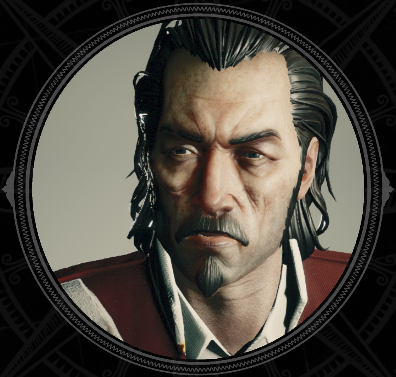 
Honestly, Explorer or Thrall, he is the weakest of all the characters, as all he has is reloading faster (which means nothing as guns lose durability and effectiveness with shots, also most the time the Armory won’t be opened before the game ends), and starting out with a Pistol with ONE bullet, which yeah unless you want to waste inventory space with bullets you might never fire, yeah you’re kinda bare in terms of passives or starting gear. The silver lining I suppose is it allows a thrall absolute freedom to do how they feel is best to stop the voyage. Shoot people, steal ♥♥♥♥, build friends, make totems, summon alot of whiteouts, it’s your call.

It’s fun to think about possibilities and where some characters lean into, but at the end of the day, these aren’t set in stone at all. Maybe you want to hunt people in the cold as a Captain, or make friends as a Engineer. At the end of the day, a good Thrall is always one thing…


Good on their toes…

Hope you enjoy the post for Dread Hunger Guide to Thrall Classes, If you think we should update the post or something is wrong please let us know via comment and we will fix it how fast as possible! Thank you and have a great day!