The Secret Files are a series of collectable entries in Dead Island: Riptide.

There are a total of nine files in the series. Each file contains a different top secret file revealing a portion of the background behind the outbreak. After finding a secret file, it can be re-viewed via the Collectables in-game menu. 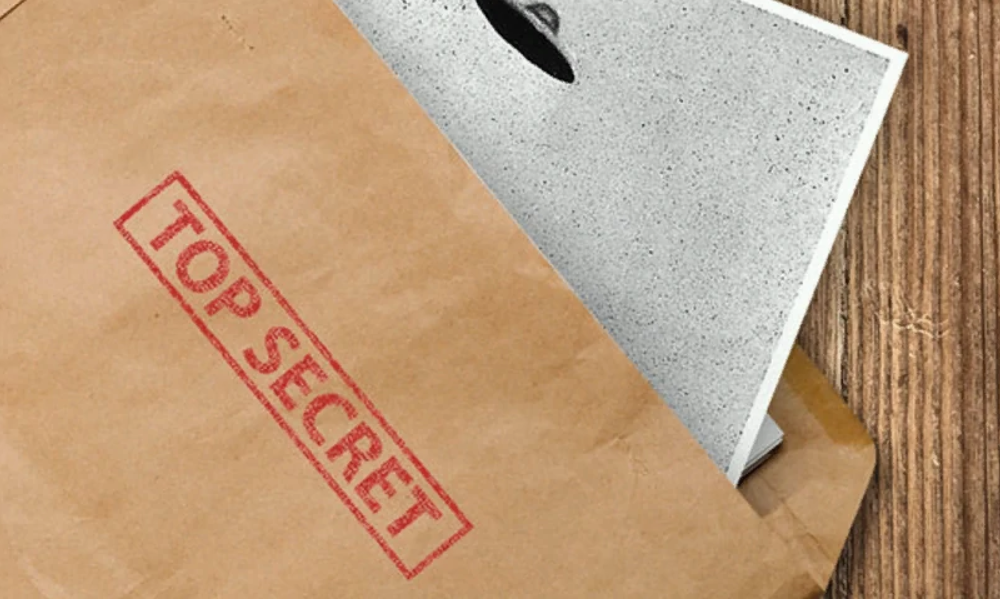 SECRET FILE 01: In Halai Village, the file is under the bed in a small bedroom on the ground floor of the trader’s building with an Oleander shrine.

“According to C, the group of immune subjects from Banoi are alive and on their way to the HMAS Avenger. C convinced them to find and secure the native woman known as Subject 1 and transport her to the research facility in the jungle. Tests were run, but conclusions weren’t reached.”

“Dr. W managed to isolate the pathogen and combine it with the mutagen. Colonel W injected himself, mistakenly believing it was a vaccine. The results were quite promising. Research is continuing on Palanai, but C will be debriefed as it is believed his ambitions and aims weren’t entirely aligned with those of our organization.”

​SECRET FILE 02: In Halai Village, next to the Liquid Fire Mod in the shack where Father Marcus tells you to go in “Where the Dead Live”.

“Our high-level political players have instructed the military as to what we need done. The commanders on the ground in Palanai have been instructed to follow our lead. Mr. S is in Henderson, coordinating efforts as all active operatives are now in motion. Mr. M has had a conversation with General B and he has ordered his troops to stand down to allow the test to proceed unimpeded.”

​SECRET FILE 03: In the drug lab in the middle of the flooded jungle for the side mission White Line (east of Hanging Joe’s and south of Peter Spicer’s Shack at the Breri Outpost). It will be to the west of the treehouse Maggie asks you to check first in Safe Haven. Getting the boat isn’t required, but makes the trip much faster.

“Confirmation from Mr. S that the immunes have arrived from Banoi and are now on the HMAS Avenger. The subjects are apparently unharmed and have been put into medical isolation. Mr. S is personally supervising the antibody testing and has been instructed to send C back to headquarters for debriefing. The fifth immune identified by the military is also being held on the vessel and has already been tested. Research on the island is proving apace and the vessel will soon be leaving the archipelago.”

​SECRET FILE 04: In Dr. Kessler’s Biosphere, check the hallway between the office and the shower/decontamination room for this file.

“The field laboratory in Henderson has been testing the mutagen and the results on those Infected have been consistent with Dr. W’s research in Banoi and the historical records of the Japanese military and what they encountered fifty years earlier. This advanced strain of Kuru is believed to have originated in Palanai, but was brought to Banoi by native raiders centuries ago. The effects of the pathogen mutated with an antigenic shift as multiple strains combined over time, creating what is virtually a super virus.”

​​SECRET FILE 05: In the Chief smuggler’s quarters within the tunnels next to one of the bunking mattresses.

“Even though the Geneva Protocol prohibited the use of chemical or biological warfare, there is evidence that the Japanese used both against the Chinese during World War 2. Mustard gas and other such weapons were stockpiled in the tunnels of Palanai during the war and the strong mutagenic effects of mustard gas and other chemical agents altered the virus, turning those infected with the pathogen into monstrous, ravenous beasts.”

“Those same chemical agents had a different, no less detrimental effect on those who were Infected, but clearly immune. We are currently researching both pathogenic mutations in our field laboratory in Henderson.”

SECRET FILE 06:The military base west of the cinema. The files are in the outpost’s communication building. In the room with the second Grenadier in a series of small office rooms.

“Our attention in the pathogen was ignited by a study by two scientists in Palanai. The paper, by Kessler and Villa, touched on early tribal religions, beliefs, and practices based on the effects of Kuru disease on the indigenous population. They did research on the Japanese invasion in the 1940’s and the mutagenic effect of chemical weapons.”

“The journal that published the paper was obscure, but not so obscure that our analysts didn’t flag it. Kessler was amenable to our overtures for more information, but Villa was suspicious and could prove to be a problem.”

​​​SECRET FILE 07: The military base west of the cinema. The files are next to the fast-travel map, on the table with the shotgun spawn.

“A research team was dispatched to Banoi and the pathogen was isolated and tested, but unfortunately the pathogen proved difficult to control. It was decided that a new test needed to be initiated on the island where the pathogen probably originated, Palanai. It’s an External Territory of the Australian Commonwealth, unlike Banoi, which is independent.”

“Our political contacts and our contracts with the military allow us more latitude in running an operation on the island. Our consultants believe this test will prove the efficacy of the pathogen and show us a possible path to profitability.”

​​​SECRET FILE 08:Check the seats next to the mini-gun pylon on the port side of the crashed chopper (in Chapter 11) at the Fort of Henderson.

“Mr. S managed to escape the HMAS Avenger before it was lost at sea and joined Captain P on HMAS Holland. The military on Henderson is in disarray and some of the commanders in the field are questioning and countermanding their orders.”

“A few are operating independently and threatening to derail our testing. Mr. M has been instructed to proceed with protocol 5 as General B is no longer cooperating. Mr. S considers the military base in Henderson to be an acceptable loss.”

​​​SECRET FILE 09: In the boxes near the workbench at the last part of Henderson’s QZ, atop the stairs from the Docks portal.

“The immune subjects from Banoi contacted Mr. S from the military base in Henderson. Mr. S led an extraction team to pull them out. He indicated that they were mistrustful of his motives after their medical testing on the HMAS Avenger, but Mr. S assured us that he could gain their trust and convince them that he has offered them their only option of escape.”

“Mr. S understands how important it is that we have the immune subjects in our custody as antibody testing is essential if we are to create a vaccine, a necessary step in the production of any effective biological weapon.”

This is all for Dead Island Riptide Definitive Edition DEAD ISLAND: RIPTIDE – SECRET FILES hope you enjoy the post. If you believe we forget or we should update the post please let us know via comment, we will try our best to fix how fast is possible! Have a great day!