How to be successful with Cybil Bennett in Dark Deception: Monsters and Mortals.

Since editing the guides took much shorter time than I thought, I’ll just continue the series.


The time has finally come…the How To: guide that was going to be meant for memes is actually happening, and be taken seriously as well. Today’s guide will be focusing on the notorious Cybil Bennett from the Silent Hill series. I may not know her very well, but man do I have opinions about this character in Dark Deception: Monsters and Mortals.


Prior to the 1.5.1 update, Cybil Bennett was notoriously broken to the point where she was unanimously considered the best Mortal, and by extension, the best character in the game at the time. The reason for this was because of her ridiculously long range thanks to her heavy attack being a gun, and having Balanced Mortal stats, meaning she mowed down just about everything and everyone in the game single-handily. Her Ult would guarantee the opponent lacked any means to take her on without serious item luck, and thanks to her range, she quite literally had no true counters. The only reliable options were Heather, Dawko, Nurse (who’s rare) and Dread Ducky, everyone else got bodied…


…that was the reason this guide was held off for ages. Cybil was confirmed to get a nerf, and as of Patch 1.5.1, she most certainly got that much deserved nerf, and she is no longer a broken mess of a character. What got changed? Is she still good? Let’s arrest this case and find out!

Formerly a Balanced Mortal, Cybil Bennett’s class was changed to an entirely new one in Patch 1.5.1. This means she is unique in the Mortal department, and she is also the ONLY character in the game to have this class. The class being mentioned is the brand new Ranged class. As a Ranged class Mortal, Cybil has several features unique to herself, the most obvious of these is she has absurd range on her heavy attack, enough to barely outrange a light-hit spamming Dread Ducky. This means if she has a range advantage, she is able to provide valuable chip damage on her opponents or threaten Mortals in the event of Soul Collection. Don’t expect too much, however, as her damage output is the same as a Speed Mortal…meaning it is absolutely miserable. This means if she wishes to continue fighting, she MUST maintain her range advantage at all times and avoid being ambushed. Her speed is in-between a Balance Mortal’s and a Support Mortal’s speed, meaning she is about the same speed as a Balanced Monster. This allows her to safely fight most Balanced Monsters and basically all Power Monsters if they all lack Ults, something she can also safely check thanks to her Ult. She also drops 25 shards on death, if anyone’s curious.


However, thanks to her nerf, she has quite a few exploitable flaws. Due to her reliance on range, she is one of the most prone-to-ambush Mortals in the entire game, as thanks to her miserable damage output and slow attack speed, she is basically helpless in close quarters combat unless you don’t mind doing 8 damage a hit with her light attack, which is even worse than her gun. Her reliance on range and her equal speed to Balanced Monsters means she does NOT take Speed Monsters and Support Monsters well, as they’re able to outrun her and constantly threaten her, her attacks not being able to dent them much. Finally, her poor damage output and slow attack speed means she excels at chipping Monsters slowly, meaning she is very reliant on teammates near her if she wishes to kill anything reliably. 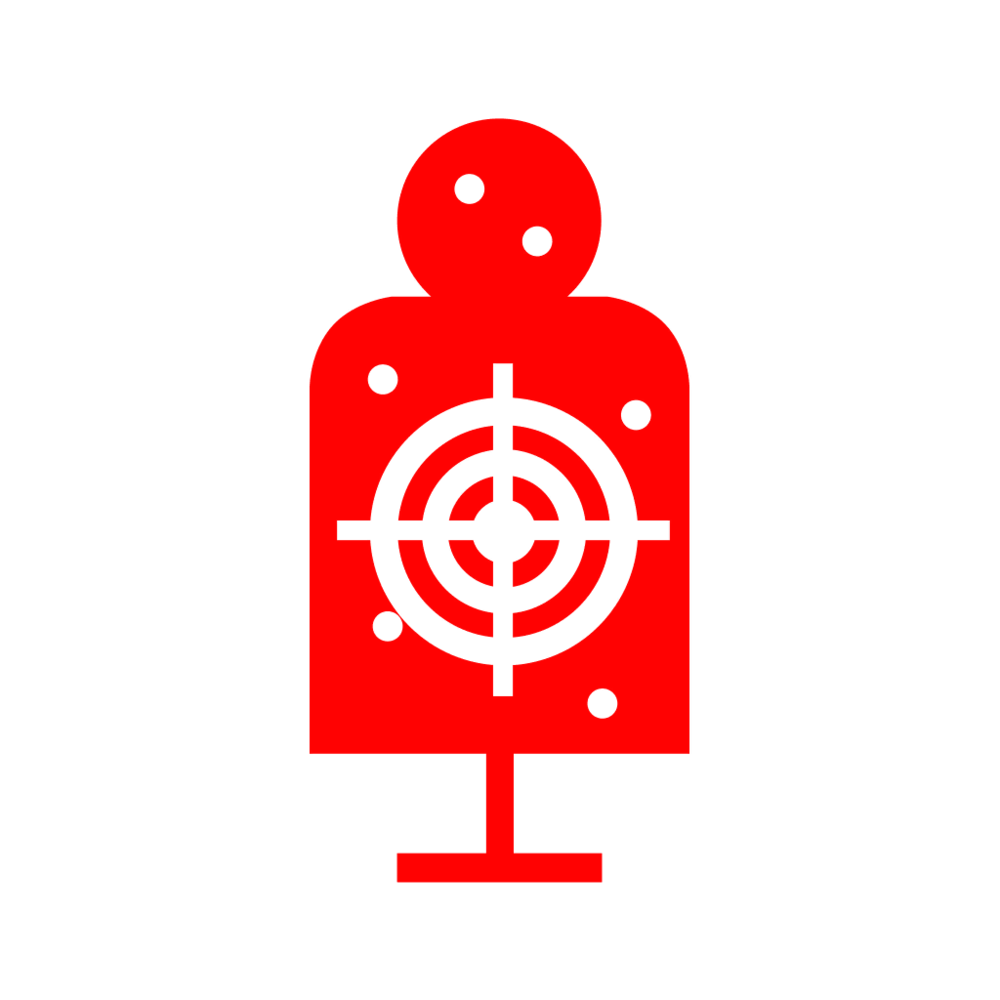 Many people undervalue this Ult because it is more of a supportive Ult instead of one that focuses on damage. It can still kill, but that’s not it’s main purpose. Cybil Bennett’s Ult is called “Incapacitate,” and when used, Cybil fires a special shot from her gun that, upon hitting, deals 10% damage. Now, on paper, it’s incredibly lame, as 10% is barely any health, and you’d be much better off spamming heavy attacks over and over. However, this is not the case, as Incapacitate has a second function installed in it. This function, is that it also completely resets the target’s Ultimate Meter, and it will not gain anything for 15 seconds, even if U-Fuel is used. This makes Cybil a good team support character in Maze Escape, as this Ult will guarantee the Monster cannot use their Ult to shred her much faster, catch up to her, or harm their teammates with it. For example, it can help PenPen’s survivability if a Speed Monster, Murder Monkey, or Brute is out, as it removes their abilities to catch up to her, making catching her harder. This is also very effective on Dread Ducky, as it will guarantee it will not have Ducky Surprise ready, meaning it will be much safer to engage against.


Overall, in terms of damage, this Ult is one of the worst in the game. However, in terms of support purposes and scouting, it is one of the best on the Mortal side since Ults tend to be used rather frequently to secure kills or turn the tables in battle, which makes fighting less stressful due to not having to worry about the Ult coming out of nowhere and killing you…y’know…if you land it anyway. If you miss, then ignore everything I said.

Cybil was once the best Mortal for this gamemode since her rate of fire was much faster and she did more damage, making her nearly uncounterable and brain-dead easy to use to boot. However, this is no longer the case, as the 1.5.1 Patch absolutely shellacked her viability in this gamemode. She isn’t bad per se, but she is definitely really hard to play effectively in this gamemode. The reason for this is the fact that her damage is just pathetic, she attacks slow, and she requires range to be effective, and a LOT of maps offer ways to ambush her and remove her range advantage. This make it very easy for her to consistently die if the player using her isn’t experienced with her ranged, supportive playstyle. Cybil is best around other players, and she is able to provide valuable chip damage to Monsters so the teammate in question can finish them off easier, Incapacitate helping with that since it can remove Ults. If she’s on her own, her chances of winning depend on what she’s fighting, as Power Monsters and most Balanced Monsters are able to be picked off if they don’t have their Ults, while the Speed Monsters, Support Monsters, and Dread Ducky give her a hard time since they can either outrun or have range of their own (both if the Monster’s Reaper Nurse). As a result, Cybil is able to be successful here, but thanks to her nerfs, she absolutely requires skills, careful use, and attention to surroundings to get the most use out of her if you’re playing away from teammates.


In terms of the maps she likes, she hates many of them since they offer shortcuts to ruin her gameplan. Out of all the maps currently in the game, she likes Stranger Sewers and Silent Sacrifice the most since there’s little ways to ambush unless the Monster’s a Reaper Nurse and Sewers’ traps and boss aren’t too threatening. Monkey Business has ambush spots, but the map’s linear nature and non-threatening traps and bosses make it easier to fire shots and maneuver. Elementary Evil is the same way, but just with much more dangerous traps and bosses. Monstrum Madness and Deadly Decadence are too dangerous to use Cybil on since there’s very dangerous traps and bosses, or there’s a lot of places to ambush from across quite literally the whole map.


As stated earlier, all the Speed Monsters perform exceptionally well against Cybil since they can outrun her and force her into close quarters, where she’s at her weakest. Dread Ducky has range of it’s own to work off of, Brute can catch up to her with his Ult if she fails to disable it, and Nurse can outrun her, but thanks to her iffy hitboxes, Cybil can make a Nurse struggle if she moves around well.


Heather providing Seal of Metatron is just helpful for everyone, period. The Power classes greatly assist in fixing her killing weakness and she can provide chip to make their lives easier. SuperHorrorBro is useful since he also has range and A Thousand Cuts can provide even more chip damage, stacking damage very quickly.

Thanks to the lower power level of the Mortals, Cybil remains a strong pick in Soul Collection thanks to her insane range allowing her to whittle down her competition very quickly if they choose to fight or they’re in range while fleeing from her. Incapacitate allows her to remove their potential self buffs to help them survive, and also to remove Nikson’s only tool that makes him worthwhile in the gamemode, Shard Hack. These traits let Cybil continue to be useful in the gamemode and can still win games. However, because of her nerf, she is not a top tier anymore, instead being at the bottom of high tier since her reliance on range and her lack of meaningful speed means she can still be held back in this gamemode, being much easier to face head on than before her nerf, as she can’t just kill everything and everyone easily anymore.


Most of Cybil’s good matchups aren’t seen often here besides Nikson. The more meta Mortals have speed on their side, meaning they can remove Cybil’s range advantage, making her struggle a lot to stay alive against them if they choose to fight. Evans can stun her and nearly kill her right off the bat, Bierce can outrun her and get all her health back, making fighting her pointless, Heather eats everything Cybil can dish out to her if she fails to remove Seal of Metatron before use, and Borisov rocks her in 4 hits after she’s hit by Cool Down while she barely scratches him in return. Use Cybil at your own risk. She can do well, but she’s also very likely to struggle without experience.

How the queen of Dark Deception: Monsters and Mortals has fallen. This guide was held off longer than I would’ve liked, but it was for a justified reason: “You don’t need me to tell you how to optimally use such a brain-dead character like Cybil.” However, after Patch 1.5.1 hit, she got nerfed BAD, meaning she’s now considered very hard to play by a lot of players, and I would agree with that. There’s now a lot going against Cybil because of just how the game works and how the map layouts were constructed, but if you take the time to play her optimally and learn how her unique playstyle works, she can reward the enterprising player. Thank you Glowstick Entertainment for finally giving Cybil the nerf she honestly deserved, but she could potentially use a buff if too many people are proving to struggle with her, as she has a lot to overcome to be considered worthwhile. That said, if you want to give extreme range a shot, Cybil Bennett would be the first on that list, as she’s quite literally titled “Ranged” in her class description.

This is all for Dark Deception: Monsters & Mortals Character Cybil Bennett Information Guide hope you enjoy the post. If you believe we forget or we should update the post please let us know via comment, we will try our best to fix how fast is possible! Have a great day!