Tips and tricks if you are stuck. 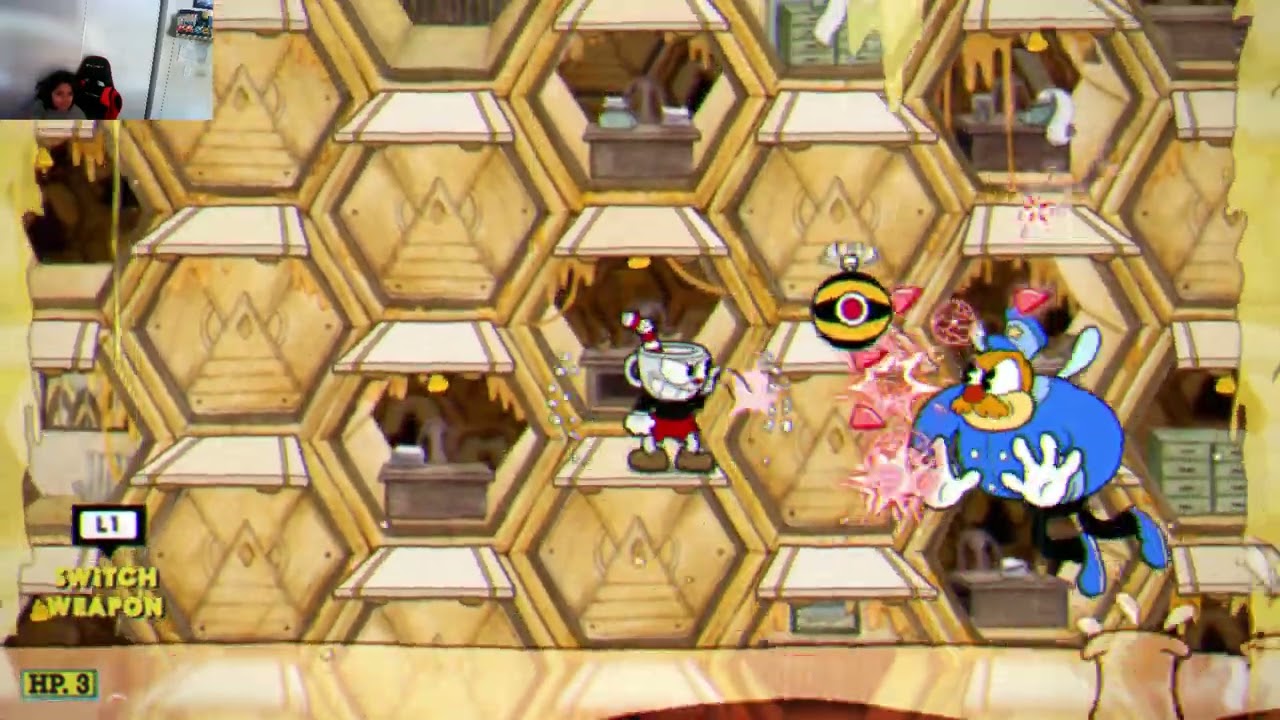 I use spread because im a god. But if you cant do the first part use the chaser, it will help with the first phase and third phase.


I think you should use p. sugar for the pink orbs in the second phase. I haven’t tried but i hope it will help 🙂

use Spread and Chaser for the fight.


When she drops down from the middle go all the way to the side so the bomb things can’t get you there.


use chaser for the third phase so you can focus on dodging.

If she tilts to the side move away from that side. 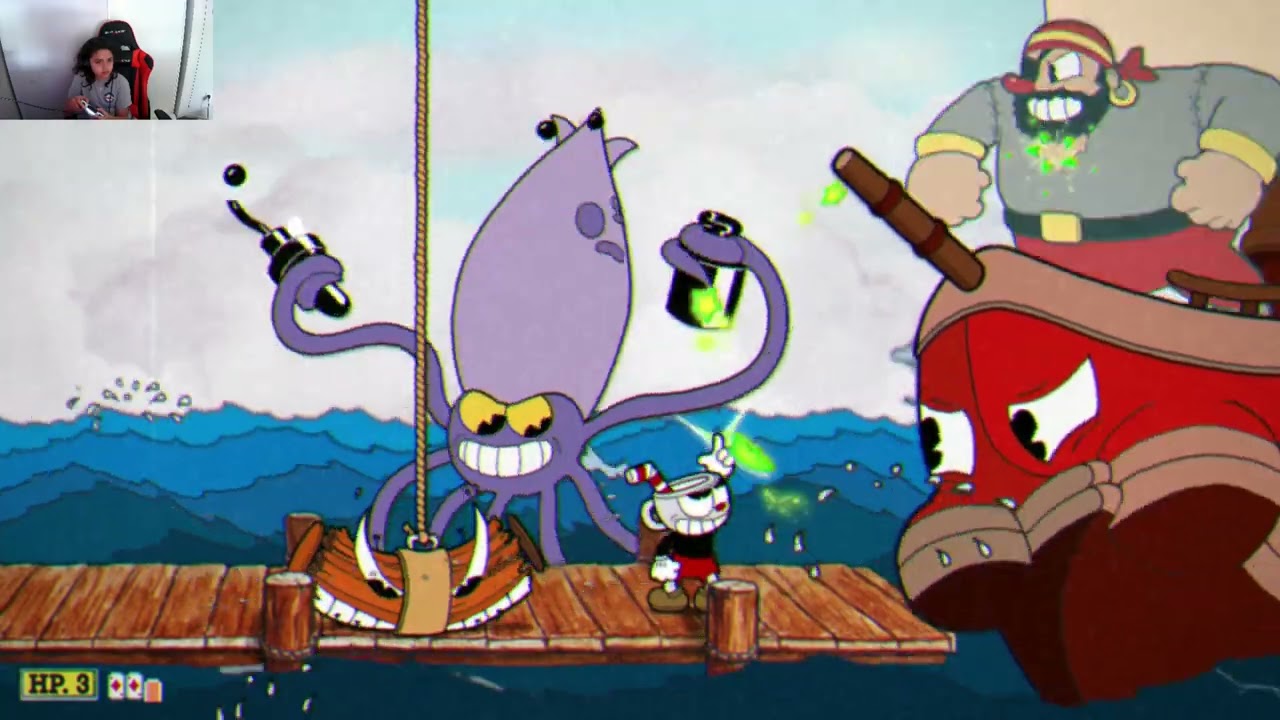 
use smoke dash for the fireballs at the last phase.


On the final phase trigger the crate before the laser so you don’t get hit. 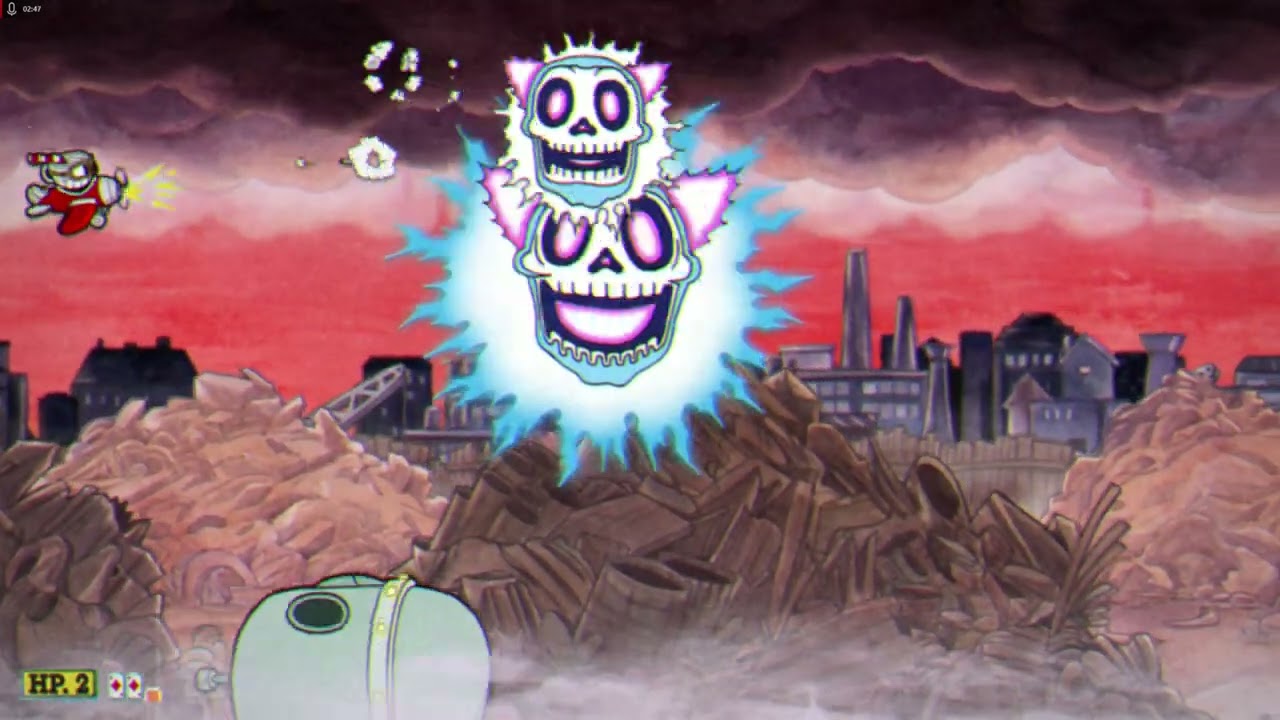 At the start, go to the middle, then when he locks on to you, go up all the way to the top and shoot the antenna until he locks on to you again. Go down to the middle and parry the metal thing then shoot the galaga aliens, then repeat. It may take a while to memorize but you can get it 🙂 When you break his antenna and his chest, shoot the gut and break it. By then you should have a nuke ready, then nuke the heart and shoot it until it breaks.

The easiest phase, move in an oval pattern and try to get into a position where you can hit the bombs. If they get too close, dodge them, and get back in the oval pattern.


You’ve got to stay calm; dodge the Crystal shards and don’t focus on where he is. When you have a nuke, nuke him.


Use coffee just because. 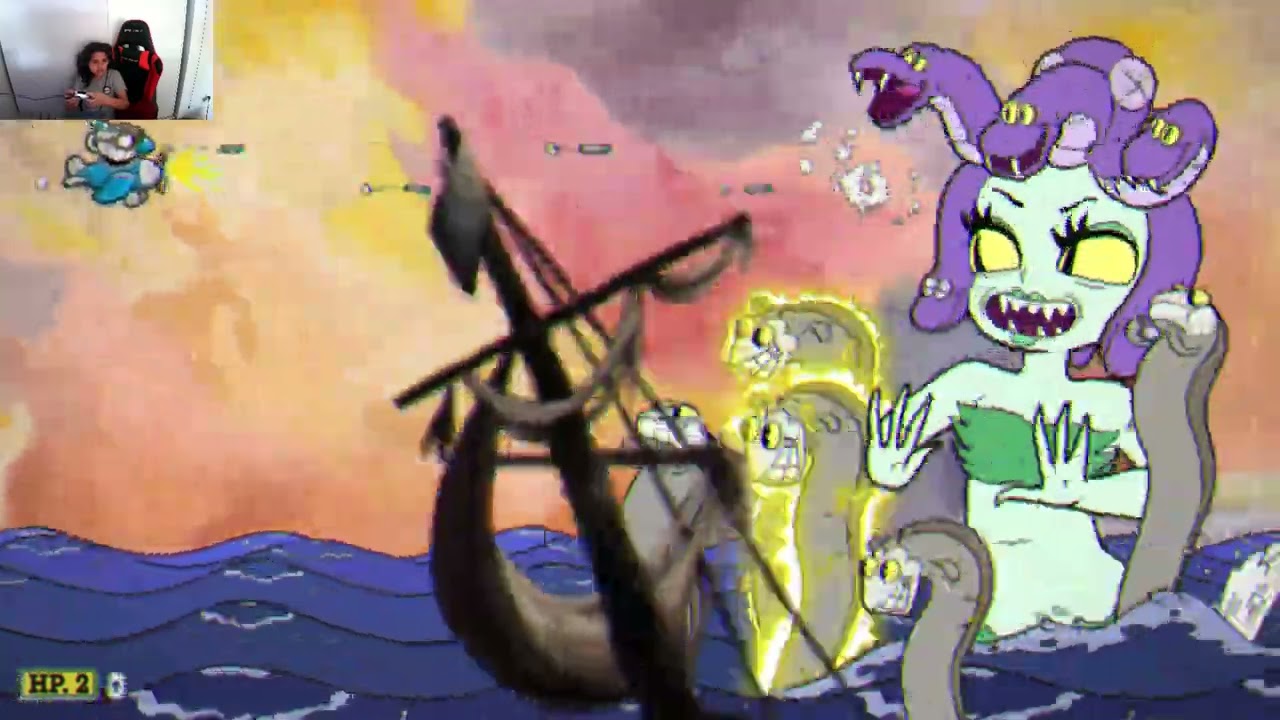 
Her attacks are the turtle, he shoots mines that explode with more small bullets. The dead pirates, they have three and all home in on you. The sea horse, he shoots water at you and blasts you up.

Use the nukes or ex’s anytime.


combinations and what to do in them

look around for openings and move in a circle.

Dodge the bullets and parry if you can.


Combo 4: Dead pirates and The Turtle

It’s all about dodging. you may take a hit but it’s fine.

Its the same as just the Dead pirates.

Try to kill the eels first so when you get turned to stone you don’t get hit.

Use a nuke so you don’t die in this phase.

There is a way to dodge the stone beam in this Phase; if you go to the top or bottom you might not hit the beam. put yourself in a position so when you get turned to stone you won’t get hit. 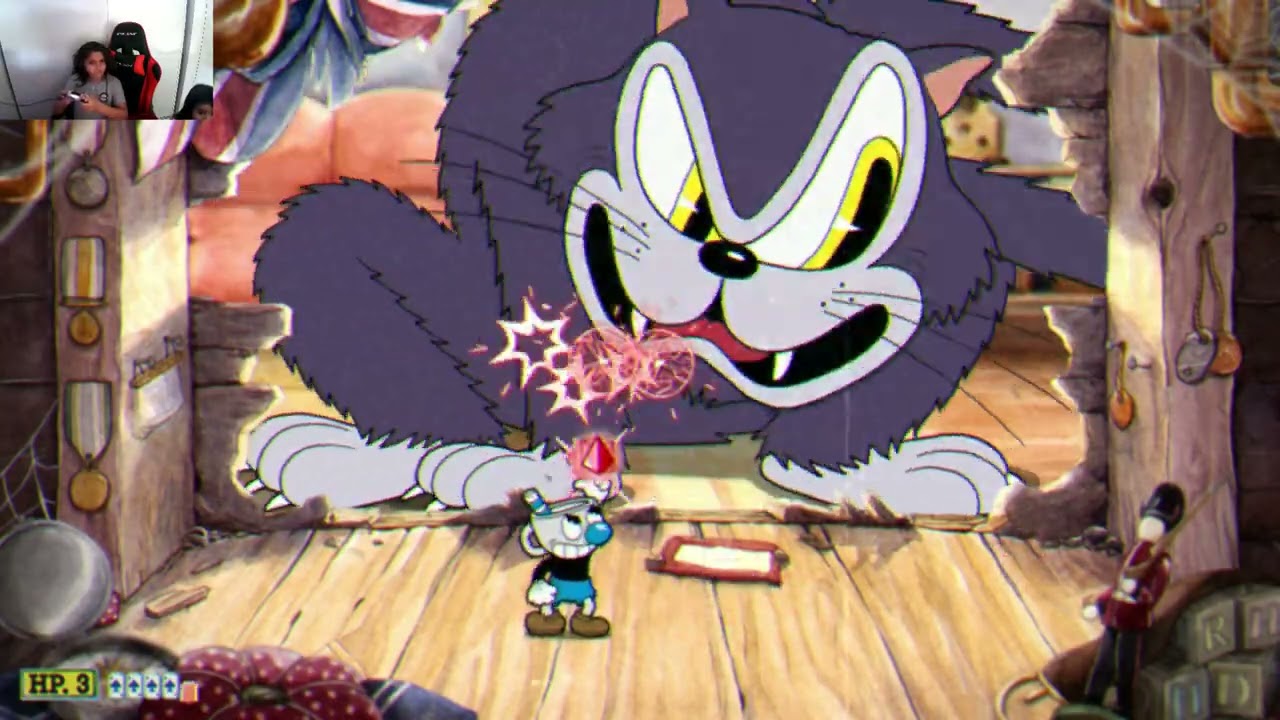 Use Spread, Lobber, and smoke bomb

If your comfortable get close and shoot him with the spread. if your not stay back and use lobber.

Use Spread and NEVER be on the same level as him. The sticks on the soda saw blade doesn’t hurt you so you can go through them. On your side all the saw blades will activate so jump to the other side.

If you see the cat reach its arm out move to the other side quick. It will release mouse ghosts and shoot them. if they throw a ball, once it hits the floor it will split in two and roll on the ground.

wood will fall from the sky so dodge it 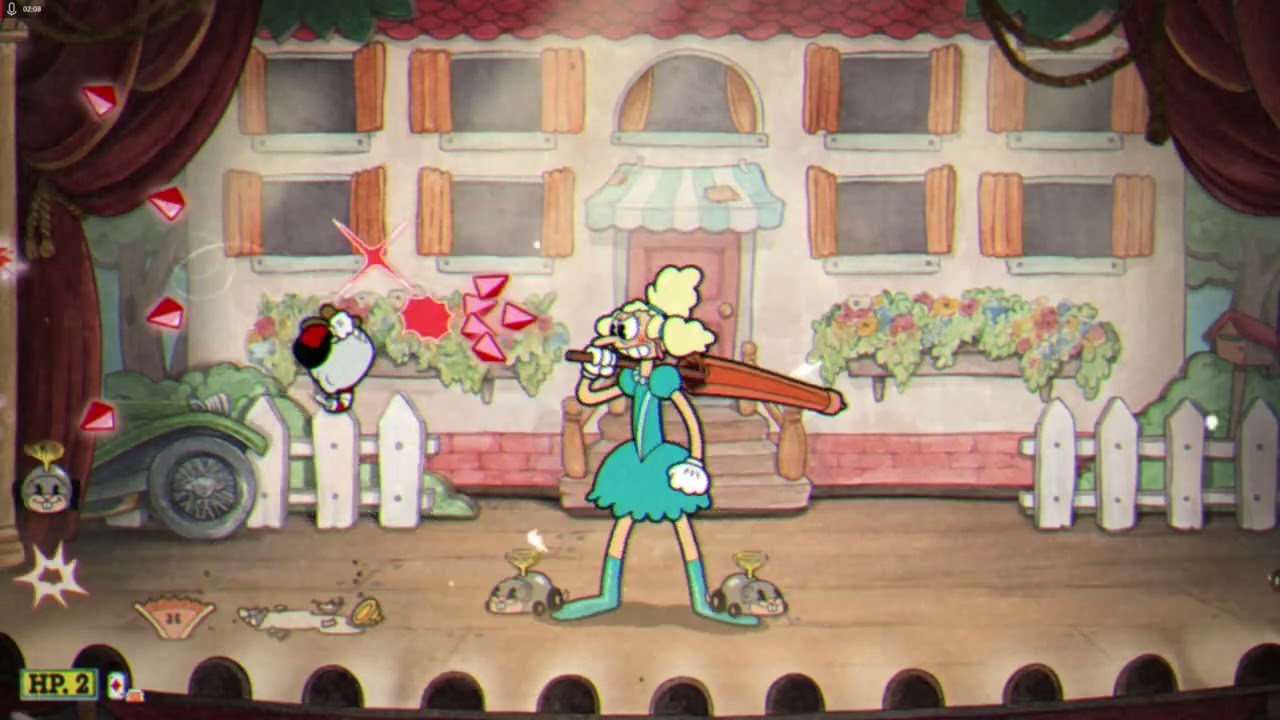 Use Spread 1st slot and lobber or chaser for 2nd slot. Use smoke bomb so when she corners you dash out.

Stay close use your spread and if she dose a flip in the air, move away and switch to lobber or chaser. If she blows a kiss try and parry it.

Use spread, but if your forced away switch to lobber. keep an eye on the babies they will throw milk down. She has wind up toy mice that drive on the ground when she twists her umbrella. dodge the mice when they fall down. This phase is tricky so don’t get mad if you die here.

Again use spread. If she sends a meteor break it open to parry over the big wave. If you can’t do that then just dash through it. If the lightning comes down and you can’t dodge dash through.

If you have chaser this would be the best time to use it. Make sure you can dodge the roses and jump over the umbrella. If you don’t have chaser, use spread and get under her. 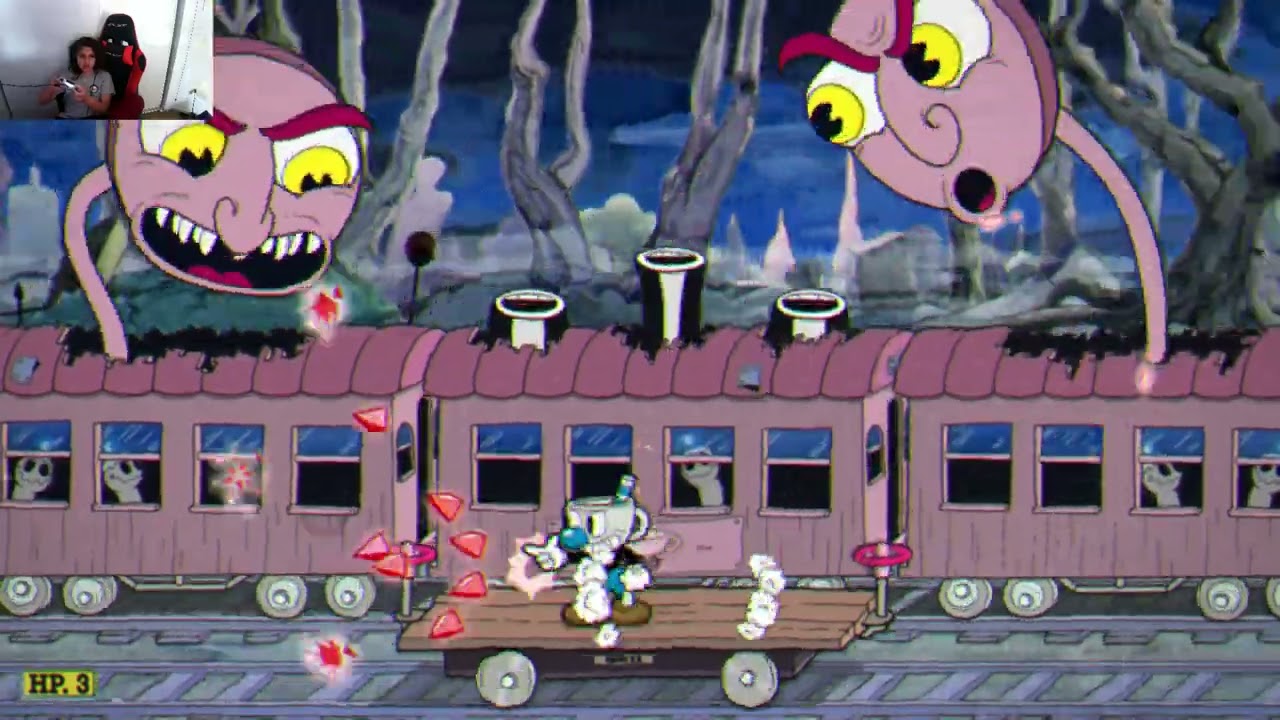 Use Roundabout and spread. use coffee.

Easy, look at edge behind you and use Roundabout If you want an A play on expert it’s easier to get an A. Try to parry the bricks so you have a super for phase 3.

Go to the middle and shoot the spread up let the pumpkins control where you are.

Parry the tail and shoot up at the heart dodge the bone circle and look up for the fireballs.Repeat.

Here we come to an end for Cuphead Inkwell Isle 3 bosses Tips and tricks hope you enjoy it. If you think we forget something to include or we should make an update to the post let us know via comment, and we will fix it asap! Thanks and have a great day!