A big part of Crystal Clash are the units you can summon and spawn. In this part of the guide we have a look at the unit cla*ses you can use and encounter.

We recommend to first watch the following video. 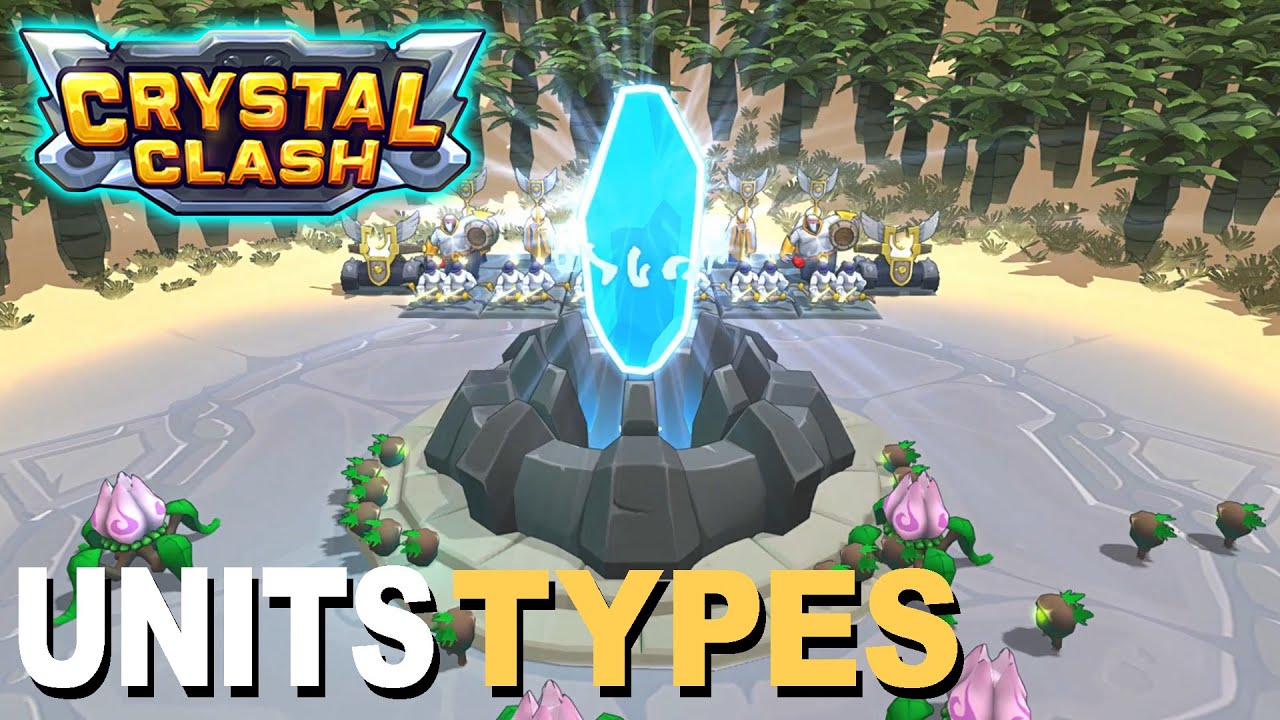 The basic threat in the game are damage dealer. Some examples from the factions in t1-t3 are the skeleton archer, marksman and moag. They usually get stronger and become a bigger threat in higher tiers.

t1 damage dealer are important to have in a deck, at least as summoner, because you will need them in defense as well as offense from the beginning on. Without these small you units, you might really get in trouble when playing against fast decks or encountering flying units, for example. Skeleton Archer, thistles, archers or the drone will do the job.

A special form of damage dealer are Siege Units. Siege units do manyfold the damage against buildings that regular units do. Examples:

Both damage dealer and siege units should be high on your priority list, when deciding which opponent’s units you want to take out quickly!

In general, tanks are the protectors of your own damage dealers and take the damage of your vulnerable units. Without tanks an attack on a tower or nexus is in most cases doomed to fail. Further, you can use them to attack the opponent’s damage dealer directly, taking big threats out or at least redirecting their damage away from your precious units and buildings.

It is therefore strongly advised to always have a t1 tankish unit as summoner in your deck and tankish units as spawner on your grid. Whether you use big or small tanks as spawner depends on your preference and tactic. Small tanks are granite scouts, footmen, monks, void bane, skeletons and breacher.

Strong tanks can be devastating when they are in reach to use their attacks, they cost lots of Essence to spawn or Mana when summoning. If they are on your side, try to make sure that you keep them in the game by healing or spells like frenzy for immunity to increase their effect.

Examples for strong tanks are the mulch digger, granite chieftain, mirror slime or the oracle.

In case you encounter strong tanks, you should be familiar with some ways to incapacitate them. It can done with spells or units with special abilities. Examples are the rooting spell or the ability of the rootling for green, which do the same in that case, nailing to the ground. There are many more ways like the icing abilities and spells of the black legion, try things out.

Flying units can be used from silver tier on. Without units that can do damage from a distance, they will cause lots of harm to your units. That is a good reason to have t1 damage dealers who can attack flying units in your deck!

You may also want to be aware of the following unit, which can only be seen by other flying unit, so best make sure you have one in your deck!

Watch out for opponent’s units with special abilities. The chanter increases attack speed of surrounding friendly units, the priest heals and increases armor, heart of the forest increases hp and attacks, the factory produces energy and the echo projector reflects damage from your units back to the attacker.

Take them out and / or separate them with spells or units to prevent/stop their effects.

Buildings have different rolls in the game, they might do damage, produce energy or units and can enhance or protect your units. Either way, they can have a major impact and you should be able to do something about when encountering them.

For damage dealing buildings, the preferred strategy will be most often to have siege units/buildings in your deck. But there are also some buildings that may be placed far behind the enemy lines, make sure to have something in your casting pocket for that, as well!

Legends are powerful (in most cases) creatures with special abilities that can even completely turn the tide in a battle that was thought to be lost. As they are very resilient, you’ll need combinations of spells and units to bring them down. The mightiest of them is allergic to siege…

Here we come to an end for Crystal Clash Damage Dealer & Siege Units Information hope you enjoy it. If you think we forget something to include or we should make an update to the post let us know via comment, and we will fix it asap! Thanks and have a great day!