In the guide, I share my own trick that will allow you to gain up to tens of thousands of prestige in an extremely short time. No mods and ironman with unlocked achievements.

Attention! This is a translation from another language

This is an English translation of my tutorial. The original was written in the most beautiful language in the galaxy – Polish. Don’t be surprised my friend when a sentence is strange and I used the goggle translator to translate it

How does it work

You need to know that when a character gets married, I get prestige or lose it, depending, among other things, on the level of splendor of the family from which your future wife comes and the titles you have. You also need to know about the divorce mechanics that in exchange for 100 piety allows you to get a divorce. Have you already guessed what our kiwka will be like? That’s right, we get married and divorce as long as you can until you reset your piety. There is only a small catch.

You can only do this with a character whose faith permits divorce. For Christians and Muslims, it won’t work. However, I believe that it is not very important because, the prestige you will mainly care about when you play as a ruler of a tribal government, virtually all of them are pagans, divorce is allowed in them. On the other hand, the vast majority of Christian rulers already have a feudal government, and you may know that gold is the most important thing for them, not prestige. The same is true of Muslims, who mostly already have a clan government at the start, where prestige does not play a big role. So you wouldn’t need this pro tip anyway, so chilie you madman.

Okay, let’s get down to business, because I swam a bit.

How to do it


If you’ve played ck3 a little longer, you’ll know how to do it right after the introduction, but it won’t hurt to read it, so as not to make a stupid mistake.


If your character already has a wife, go to point three


1. At the beginning, you click as if you would normally look for a wife, only that you choose to sort them by prestige gain, as below. 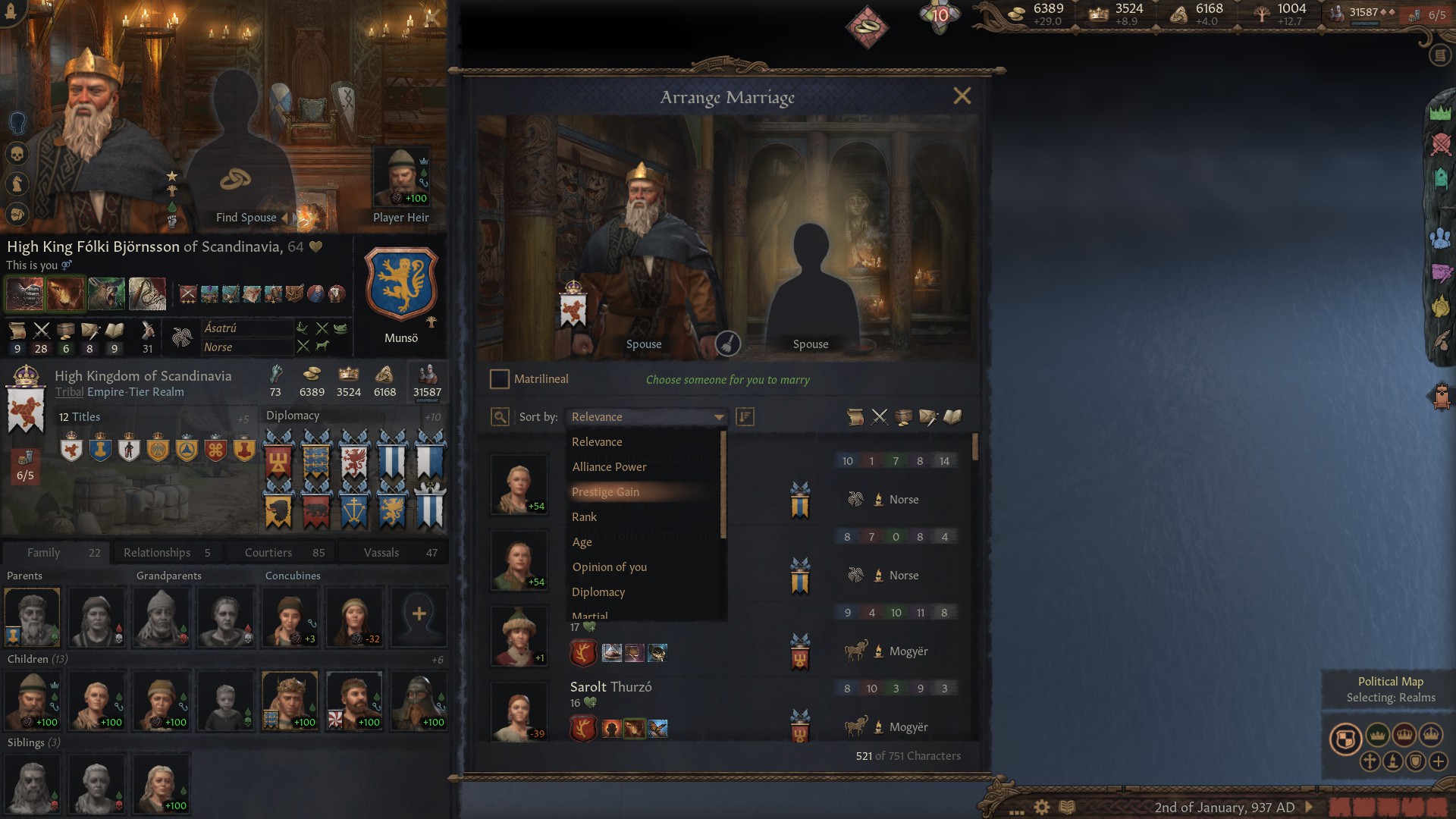 2. You marry the one who is first from the top, you see how much prestige it gives you, if you get married on the plus side. If you get negative or even zero, then don’t do it, get yourself a normal wife and possibly try to do it later. 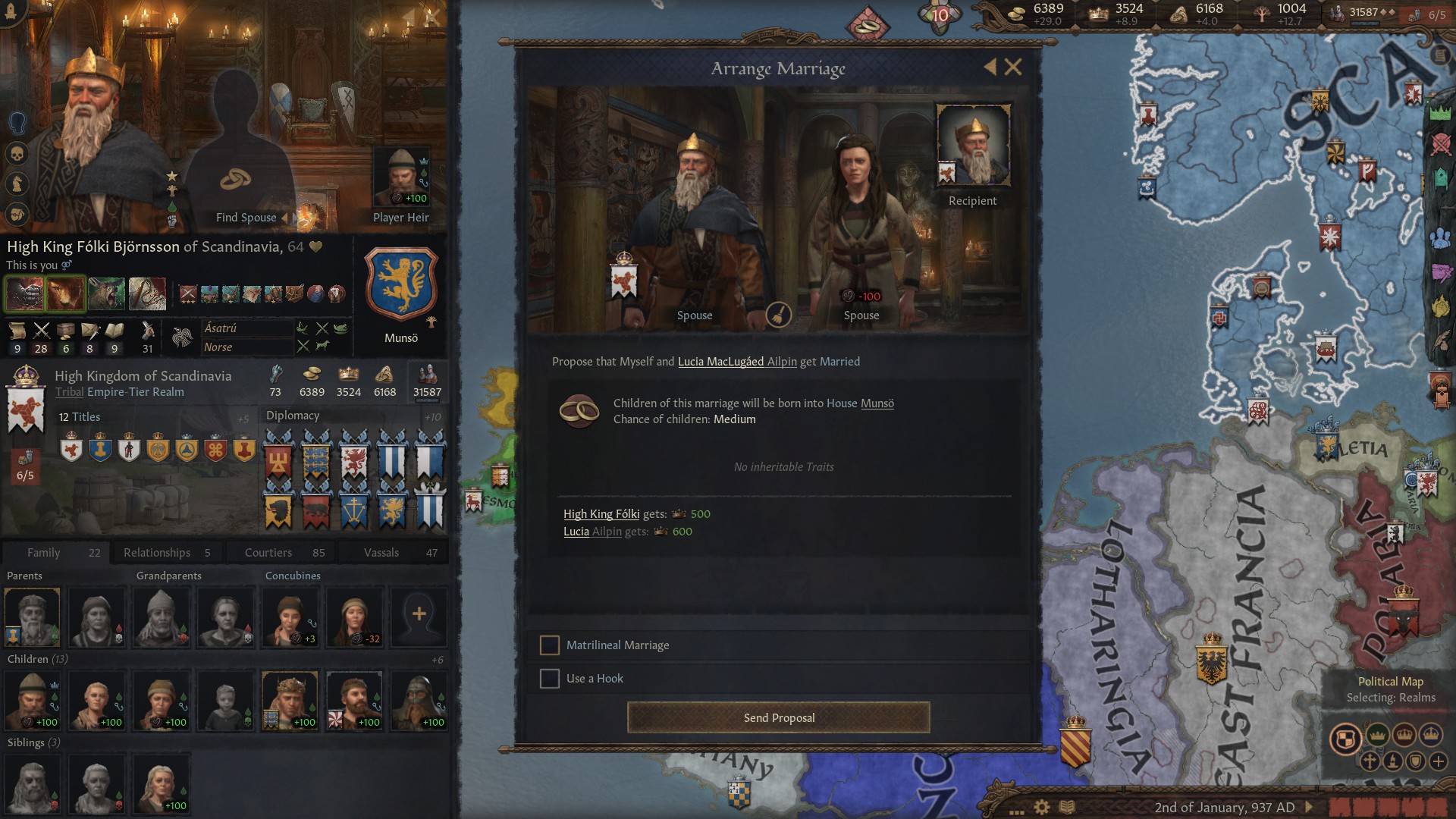 3. You click on your wife and you divorce her. 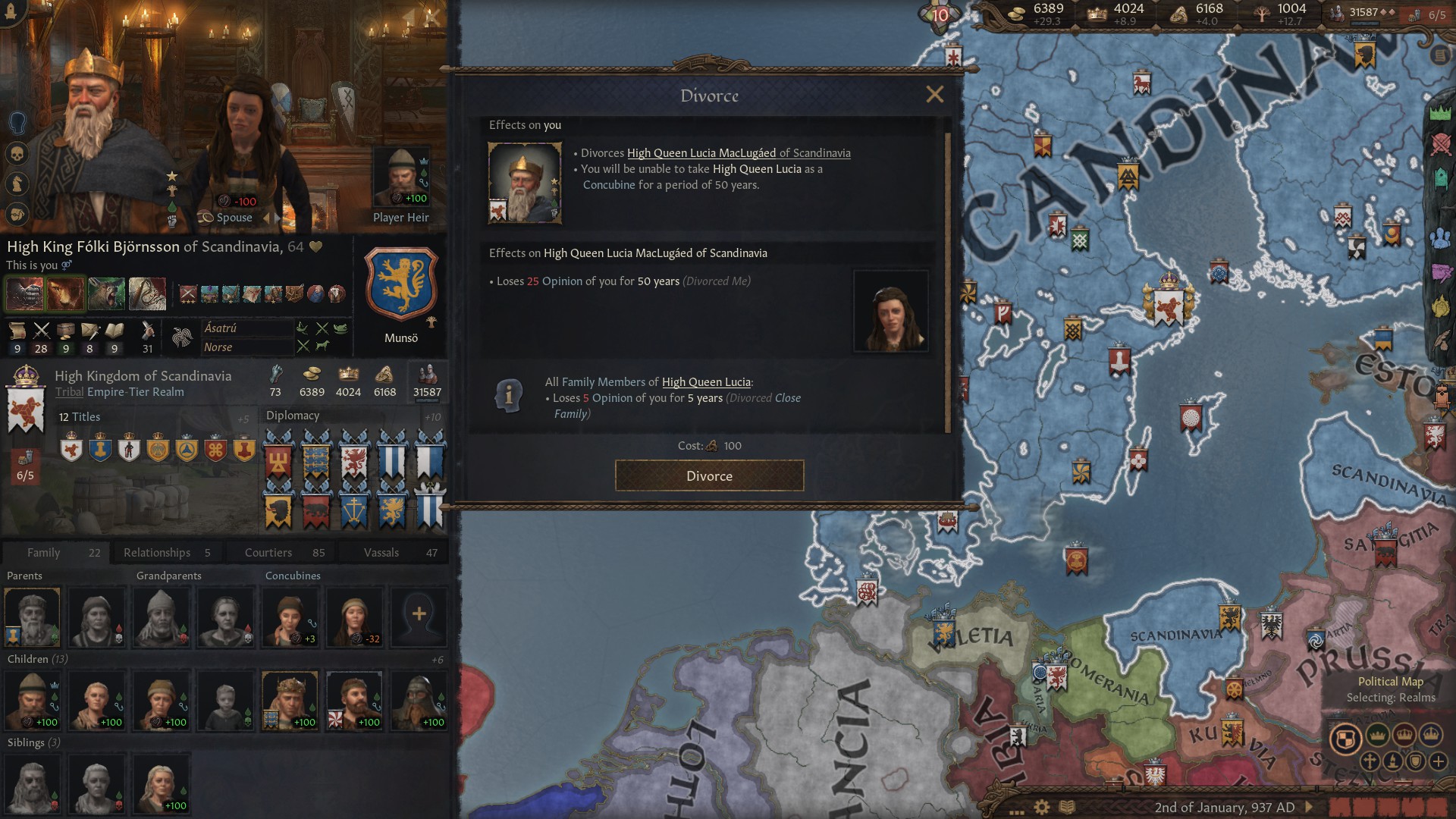 4. You repeat everything from step one until you run out of godliness for divorce

Summary and a word from the author

Thanks to this method, you can easily and effectively convert piety (which is not more applicable than casus belli or reform / faith creation) into prestige. When you play as the ruler of the tribal government prestige is often at least as important, and often more important than gold, without prestige you will not build new buildings, recruiting and maintaining men-at-arms costs you prestige to pass for feudalism you will need a lot of prestige to change the law, and besides, reforming a culture of culture costs a lot of prestige. In short, it is very important.

I discovered this exploit by accident, at that point my character had 6,500 piety which was of no use to me, I did as described in this guide and after a while I had 32,500 prestige


This is my first tutorial, I am going to do the next one, because there are very few Polish-language ones, not only here on Steam, but everywhere, and if there are some, they are for beginners. For the more advanced, there is nothing, at most there are some guides in English on the forums, but few would want to go around such.

I have quite a lot of experience in this game (375h), and it is a relatively fresh game that has not yet turned out to be as much dlc as e.g. eu4, it means that you do not need much effort to master it perfectly

Therefore, I would be very grateful for constructive criticism in the comments. If you want, you can give me an idea what the next tutorial could be about or tell me which of the above issues would be most interesting to you, write a comment. Also, if you have any query, problem, or are you curious about something, also leave a comment and I will try to answer it.

If you want to motivate me to continue working, you can like this guide and give it a prize, thank you in advance

Here we come to an end for Crusader Kings III Prestige Guide hope you enjoy it. If you think we forget something to include or we should make an update to the post let us know via comment, and we will fix it asap! Thanks and have a great day!