Guide to help new players to learn the fundamentals of Cruelty Squad.

When you start the game one of the first things you see is the border encompassing your screen. Most new players will put this off and most likely not notice it, however the borders are important and allow you to do a multitude of things.

There are three borders (and a secret one) that almost all give you some special perk. I will not disclose the secret one, but here are the first three. Changing borders involves dying a set number of times on a single level.

– Divine Link (white & red border): Allows you to open white doors that lead to helpful/secret items. Upon death with this border you lose $500 to re-spawn.

– Intermediary (beige mechanical border): Does not affect anything. Upon death you are charged $500 to re-spawn.

-Power in Misery (fleshy border): Allows you to consume the flesh on enemies and civilians to receive 1 HP per morsel. You are no longer charged money to re-spawn, as you are now in an infinite cycle of resurrection (of which is extremely painful)

To get back your Divine Link, you need to get to the final level in the main line of missions. In the first room of that level you will be able to get your Divine Link back. 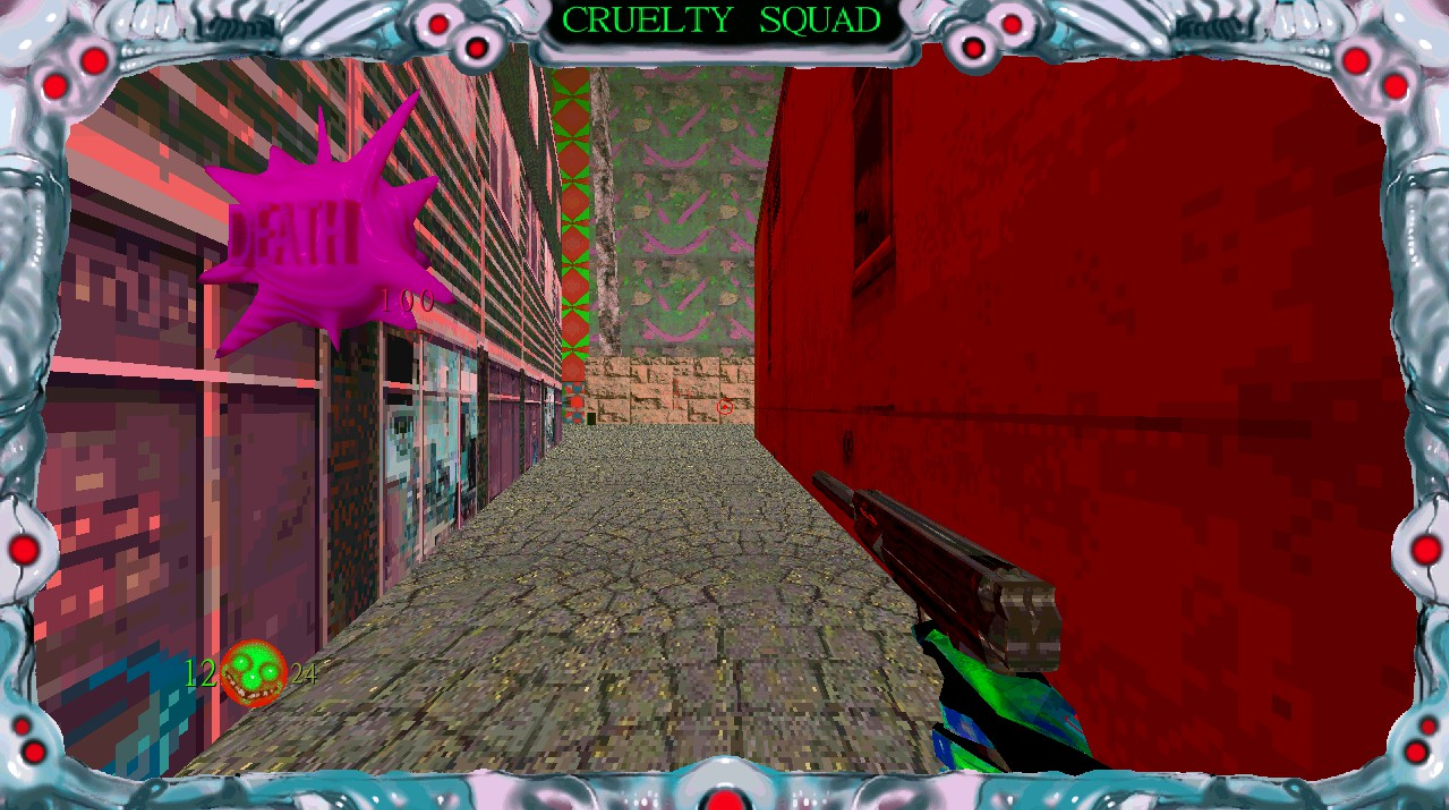 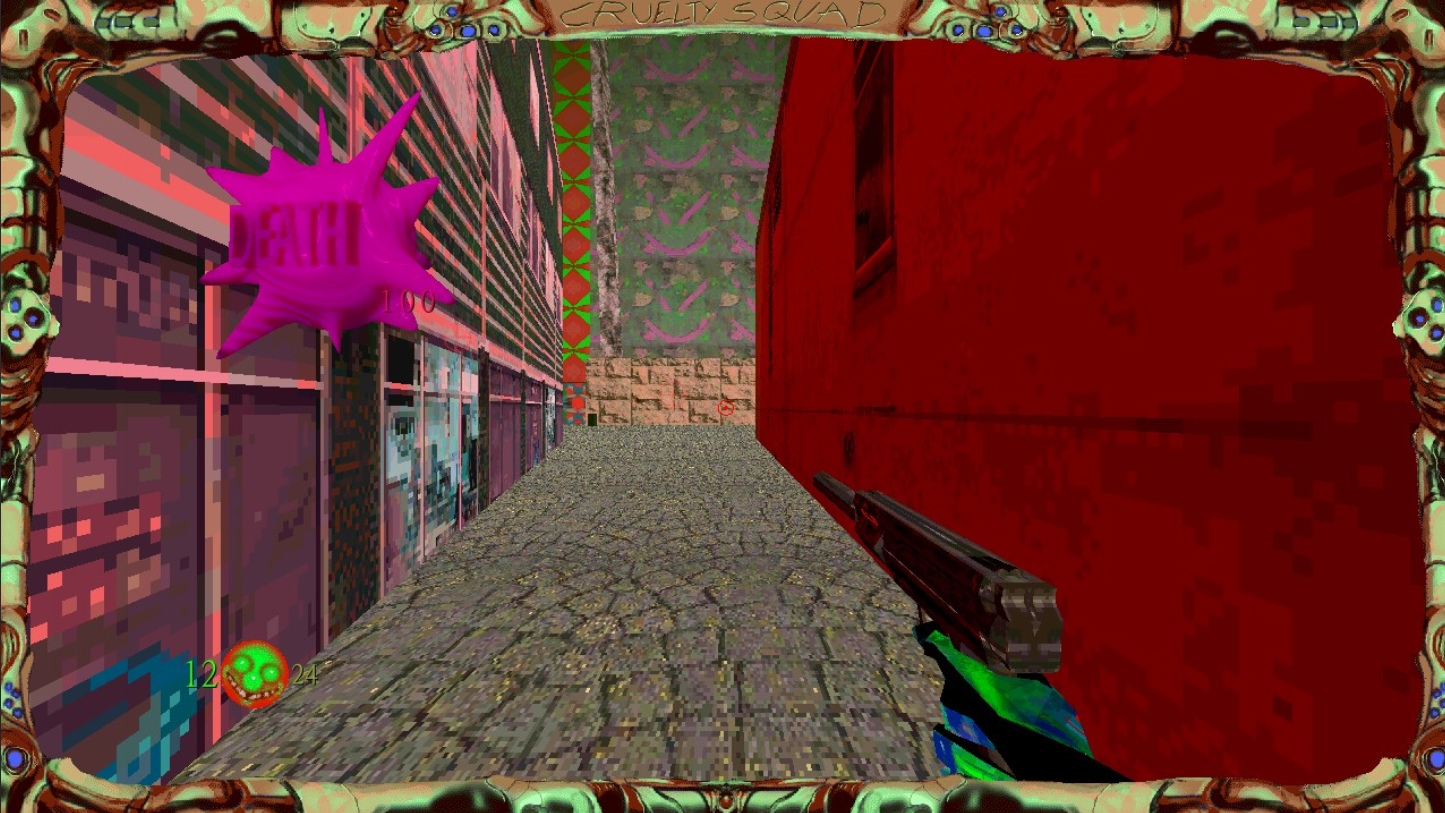 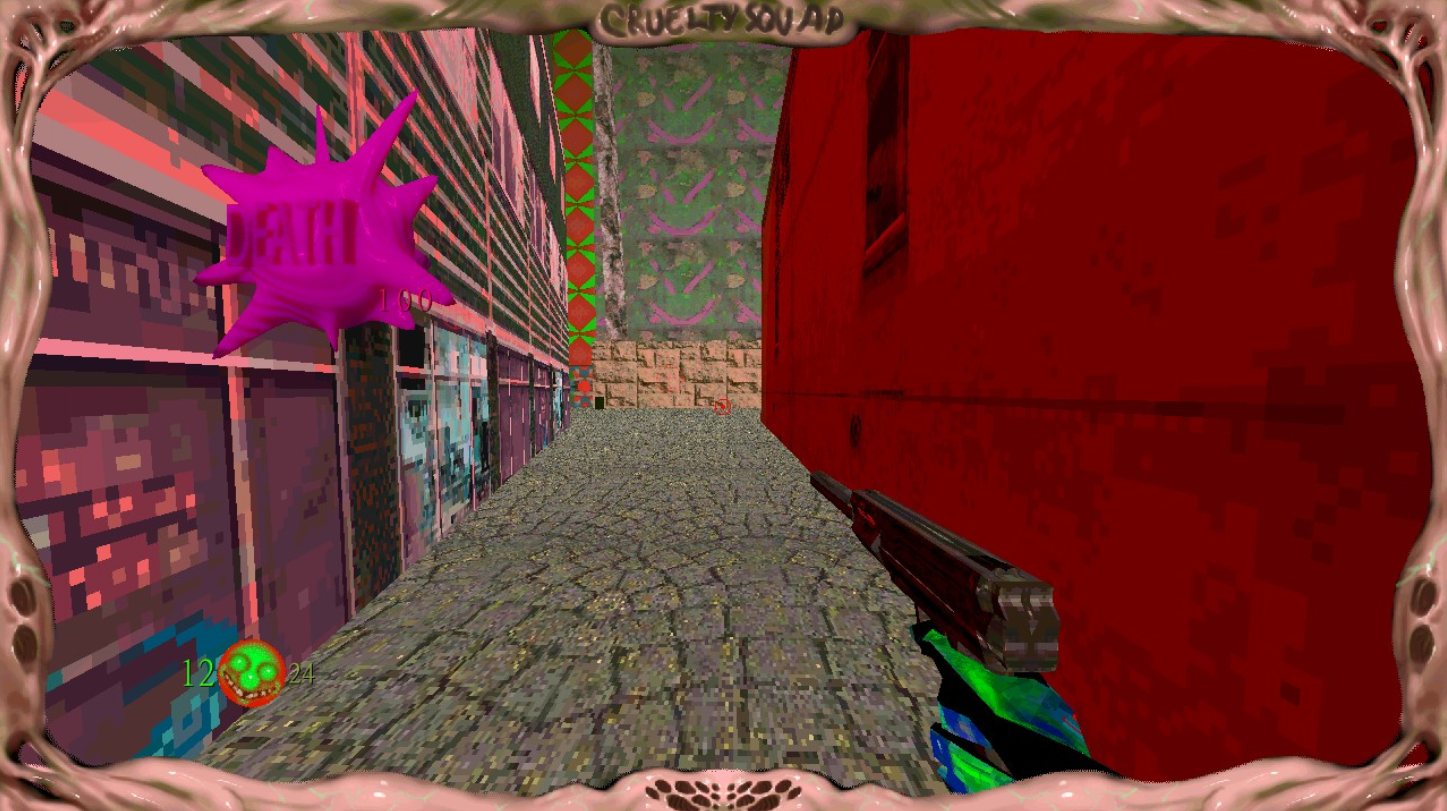 In this section you will find multiple tips you may be able to use at your advantage early game.

– Like many other games with Hitscan enemies, crouching lowers the chance of you being hit with a bullet. This becomes less effective at closer range, but still useful at close range.

– Around the tutorial level and throughout the first mission, Pharmakokinetics, there will be stacks of blue and green cash hidden around the levels. They are great for early game cash and can get you multiple augments and implants before the second level.

– Fishing and trading stocks is a terrific way to earn money too. You can start fishing by the third level when you are able to get the fishing rod.

– You can survive about 1.5 – 2x the amount of bullets regular guards do. This is less than it seems.

– Leaning should be used for looking, not shooting. Shooting while leaning is a waste of ammo.

– To add a weapon to your arsenal you need to finish the level with it.

In this section you will learn about your weapons and types of damage.

In cruelty squad there is a variety of weaponry, ranging from silenced pistols to heavy machine guns to burst weapons. These weapons are all different and useful in a variety of scenarios. I will be touching on this so you aren’t ultimately confused while playing stuff mid-game and die a multitude of times.

– Silenced weapons are extremely important, as shooting one alerts 0 enemies. Shooting non-silenced weapons alert all enemies in the immediate vicinity. Killing an enemy in another enemy’s presence, even with a silenced weapon, will alert them. You can tell if you are seen when there is a moving eye on the left hand side of the screen.

Here we come to an end for Cruelty Squad Basic Gameplay For Beginners hope you enjoy it. If you think we forget something to include or we should make an update to the post let us know via comment, and we will fix it asap! Thanks and have a great day!