A simple list of the places that will provide a baron with conscripts, and what conscripts are provided.

Your most basic human unit armed with spear and shield. Nothing overly special going on for them but the shield, 6 health, and the fact that it’s easy to obtain huge quantities of them makes them useful as chaff/as a buffer unit to have in front of siege units, plus while a spear may not be as damage heavy as some weapons, it’s high initiative means that any spearmen who do make contact should at least get a hit in. 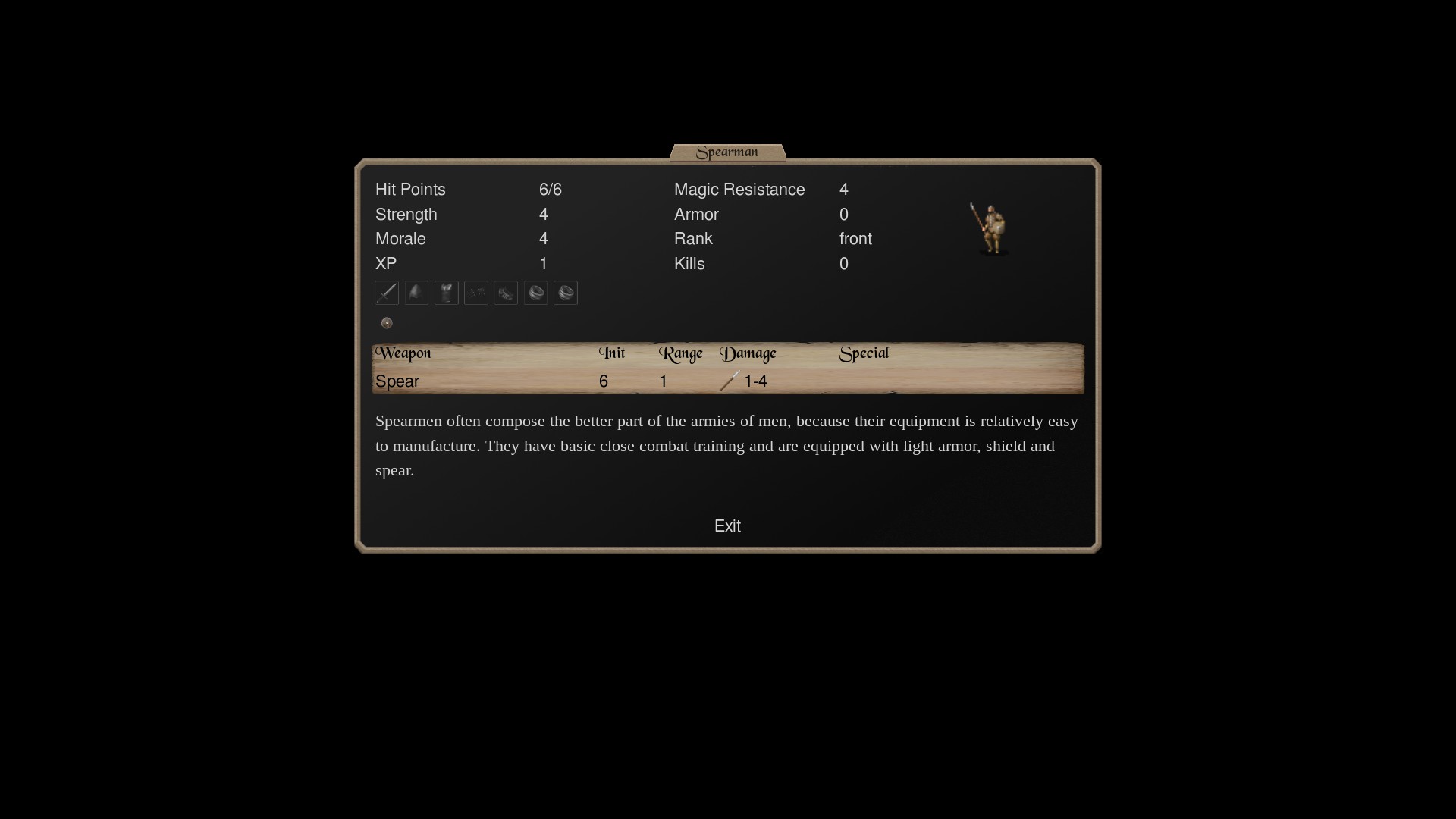 Human heavy cavalry armed with lance, broadsword, and a hoof on top of a huge health pool of 11 with 3 armor and a good morale value at 6. These guys can and will punch through most things short of the tankiest of units and the fact that they are battle fast means that they won’t suffer quite as many losses on the before they can hit the enemies front lines with a lance charge. 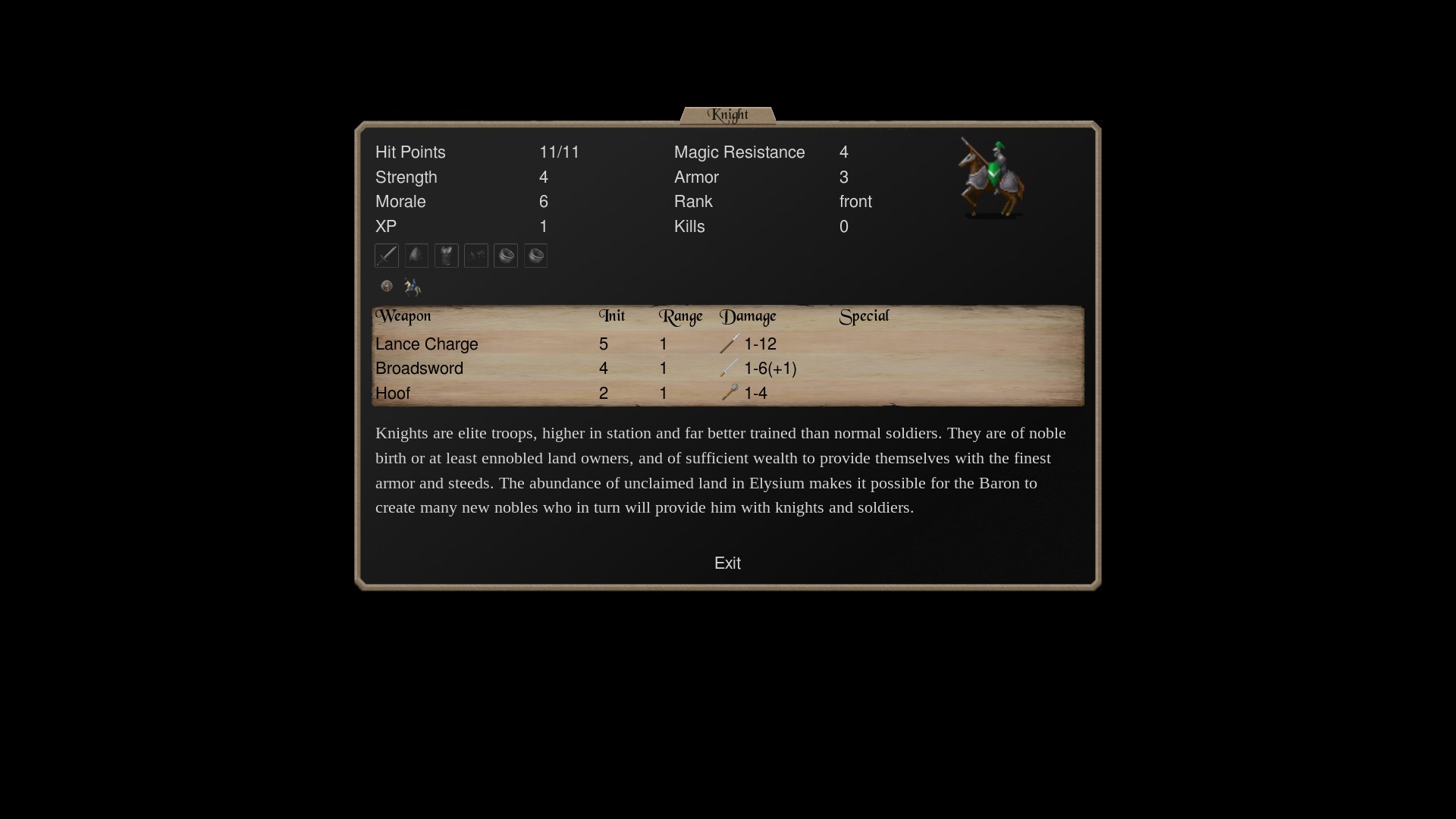 Basic human unit armed with a spear and one javelin, these units are slightly squishier than spearmen with 2 less health. 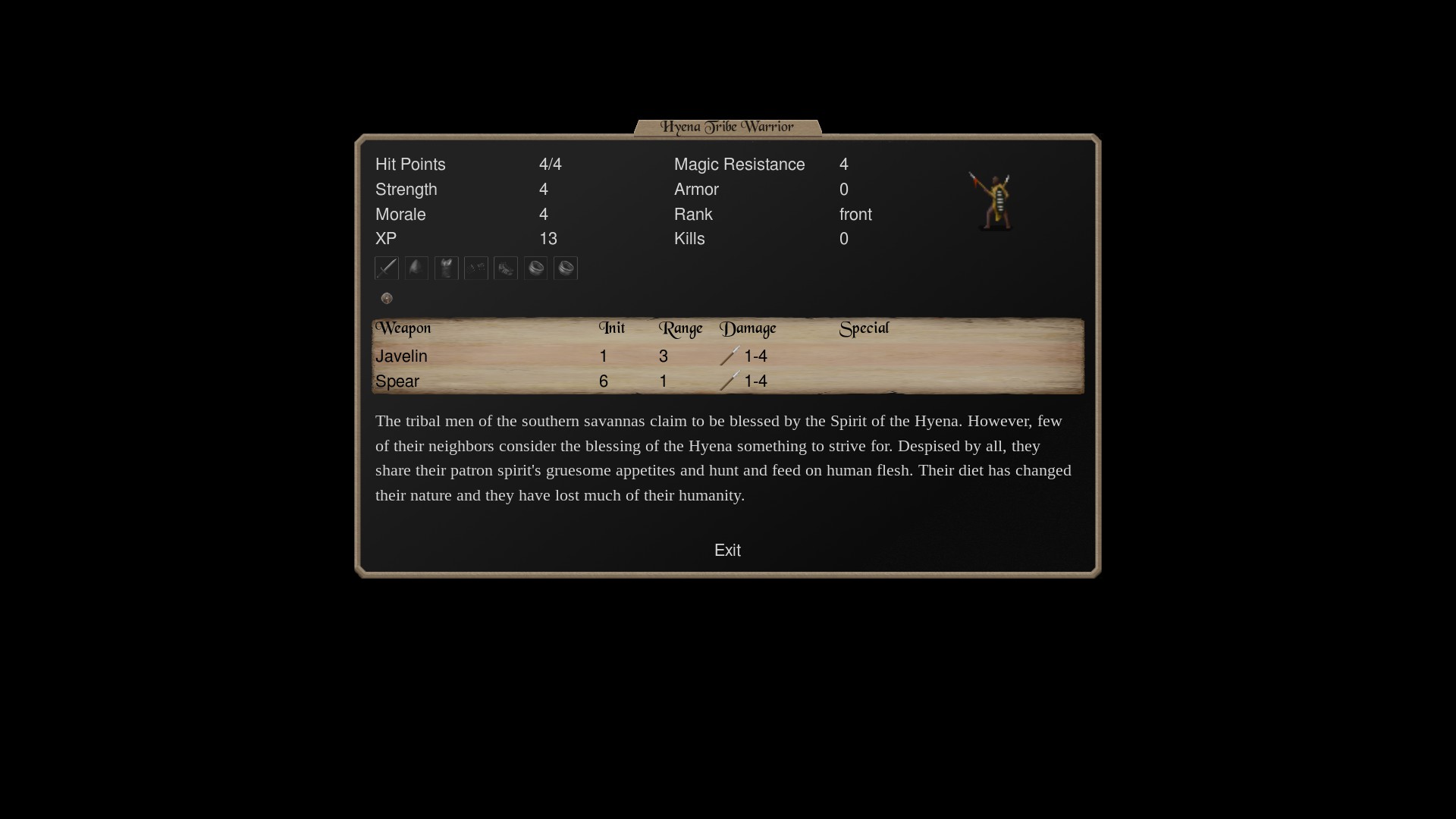 Basic human unit armed with a spear, same stats as the spearman. 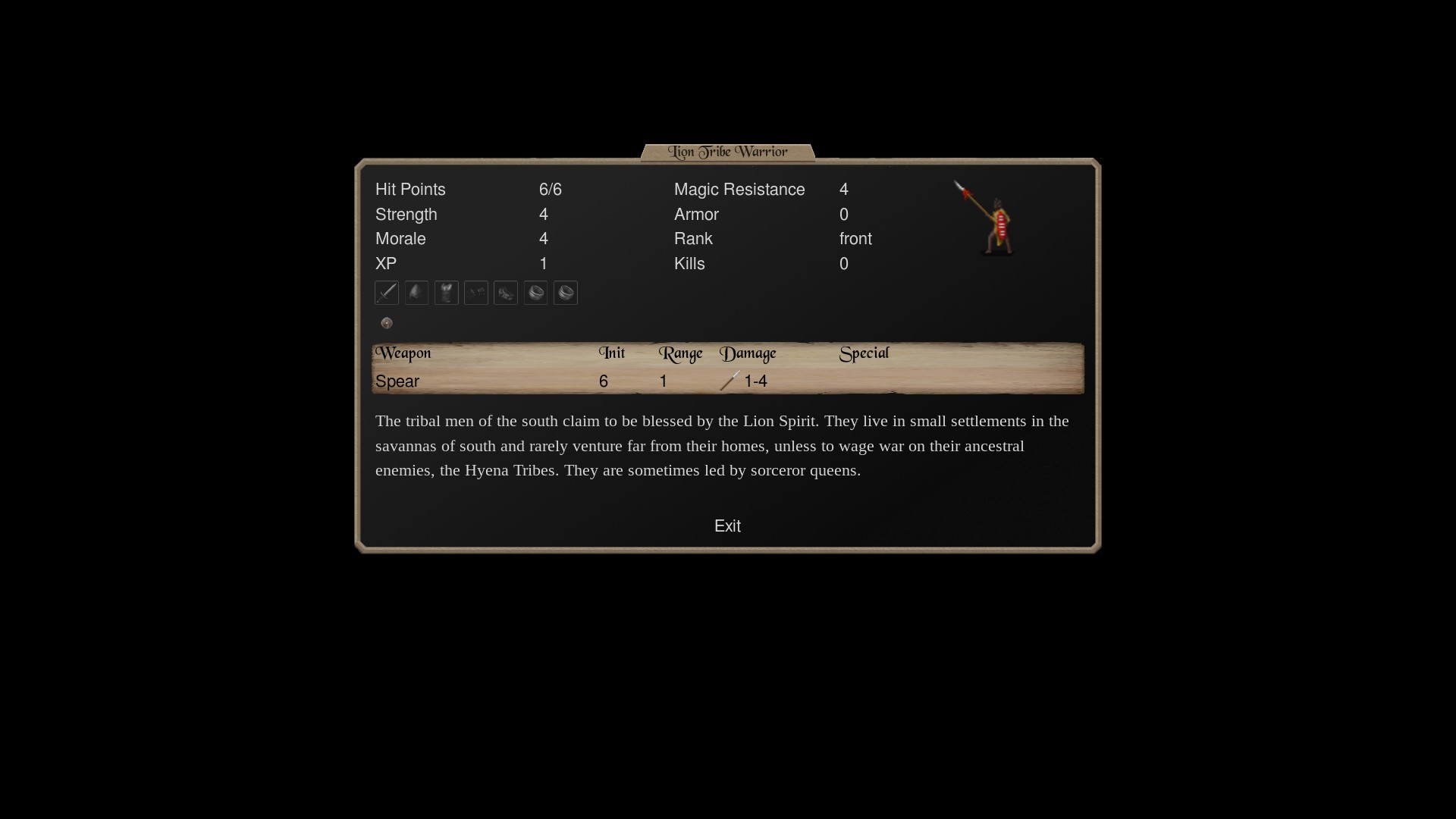 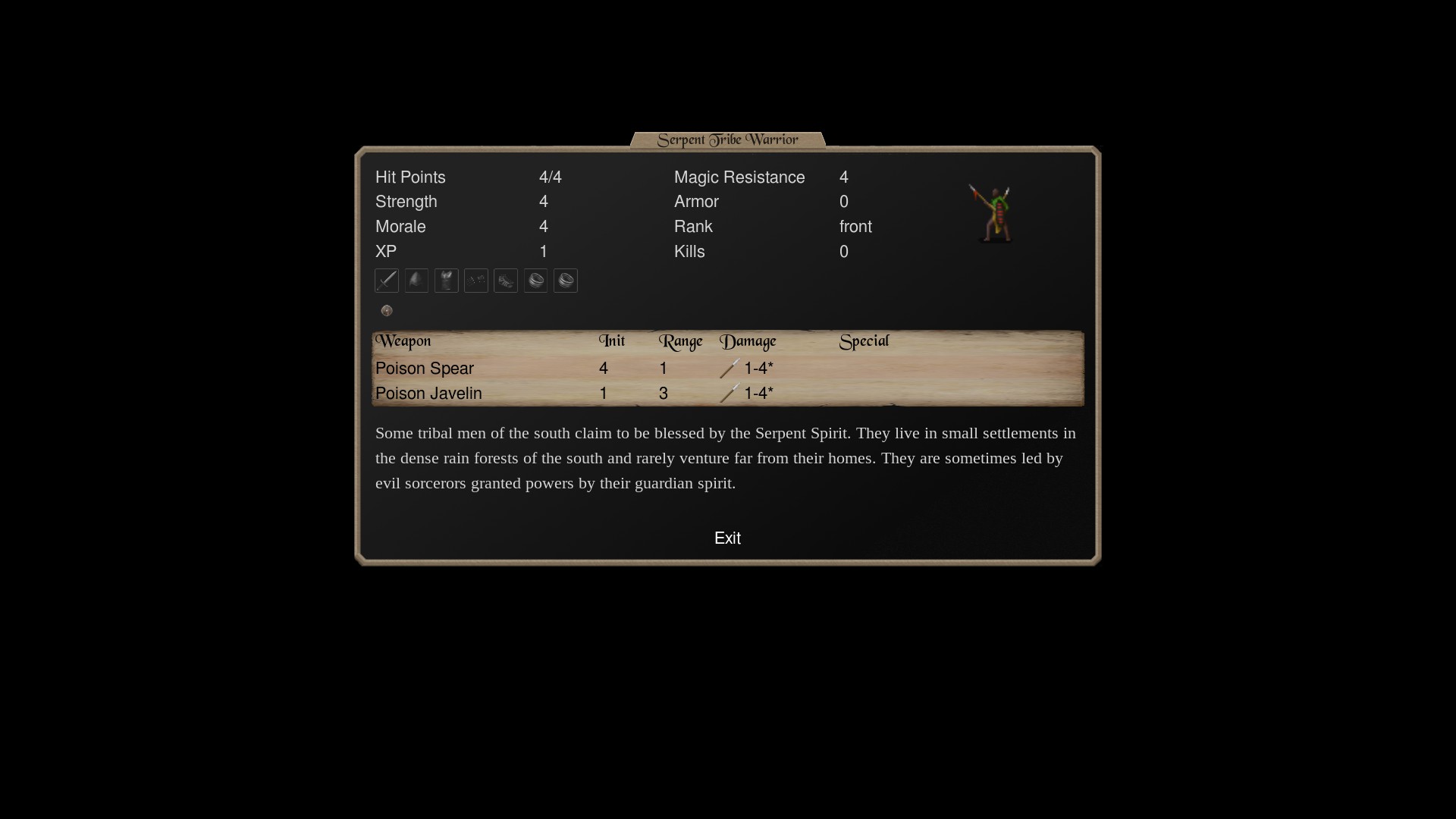 A spearman similar to the Hyena and Serpent tribe warriors in health, but armed with a poison spear and a single net for immobilizing enemies at close range. 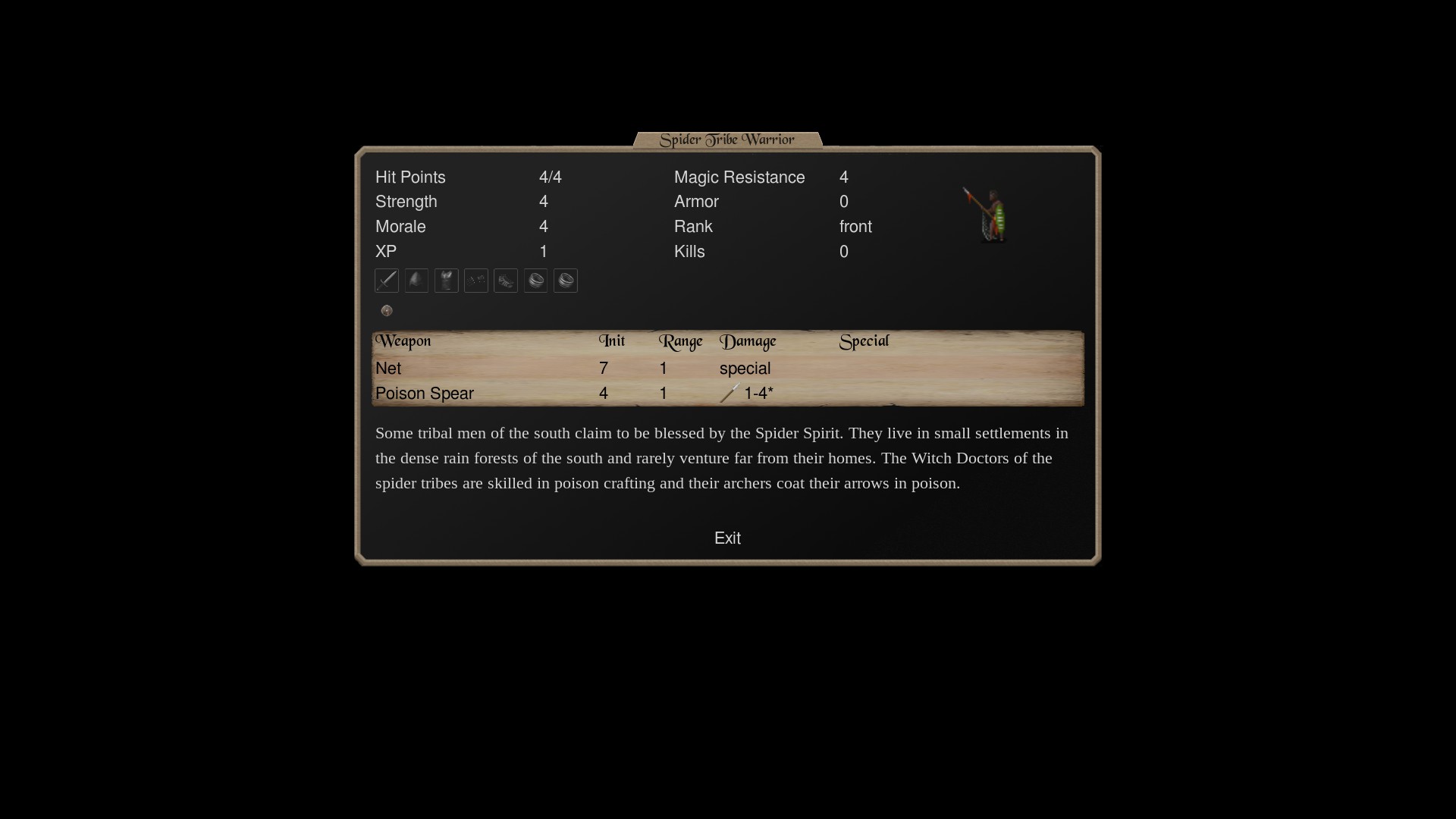 A bow armed unit with 5 health and a dagger as a backup weapon. What really sets them apart is their forest stealth and ability to go beserk. They also only have 3 magic resist making them even more susceptible than most human units. 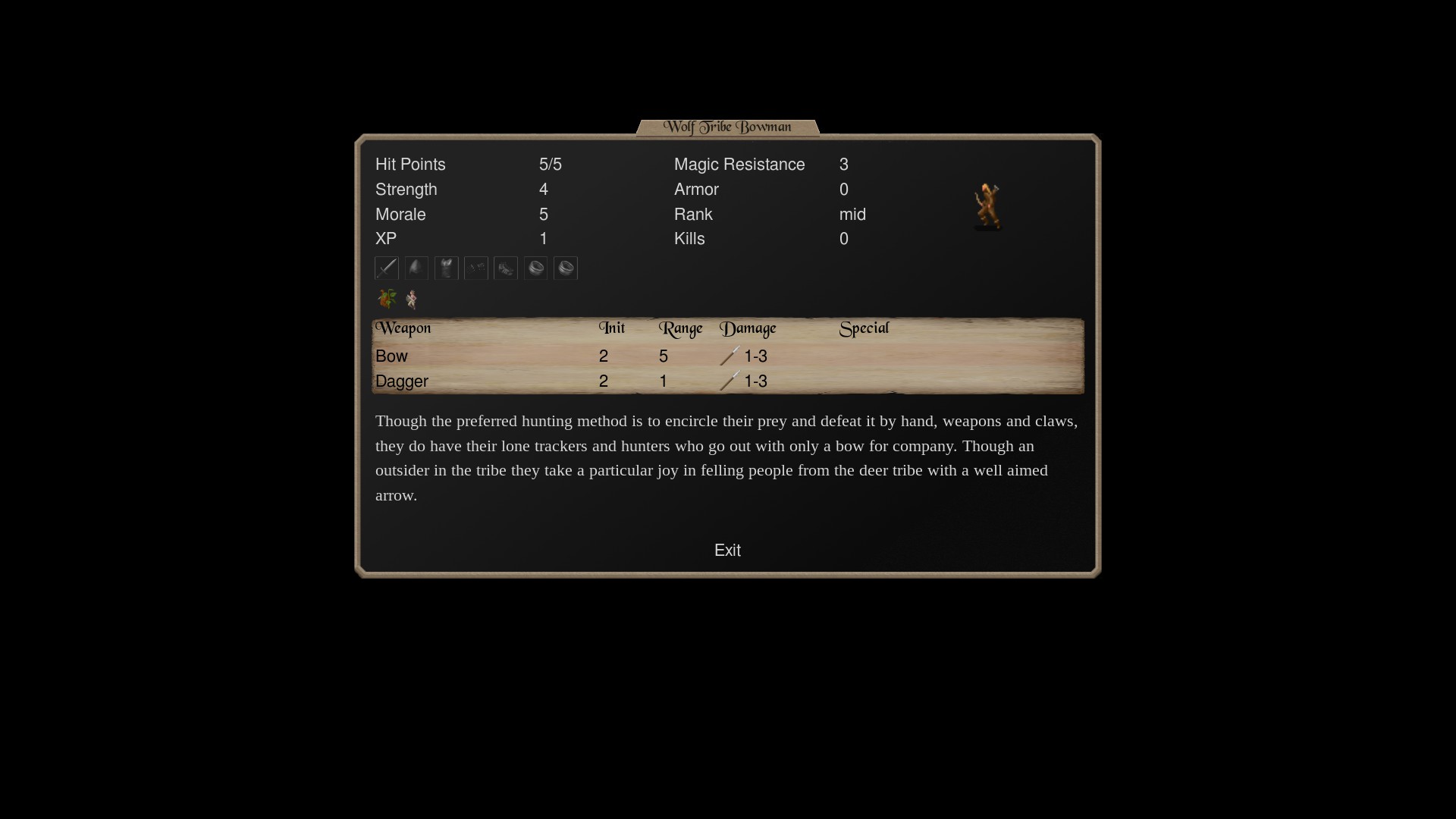 A weak hoburg spearman with the slow trait. Only has 3 health, 2 strength, and 3 morale compared to the 6/4/4 of a normal spearman but makes up for that by having a point of armor and a large shield compared to the spearman’s regular shield making them surprisingly good at soaking up missles and more survivable than you would expect. 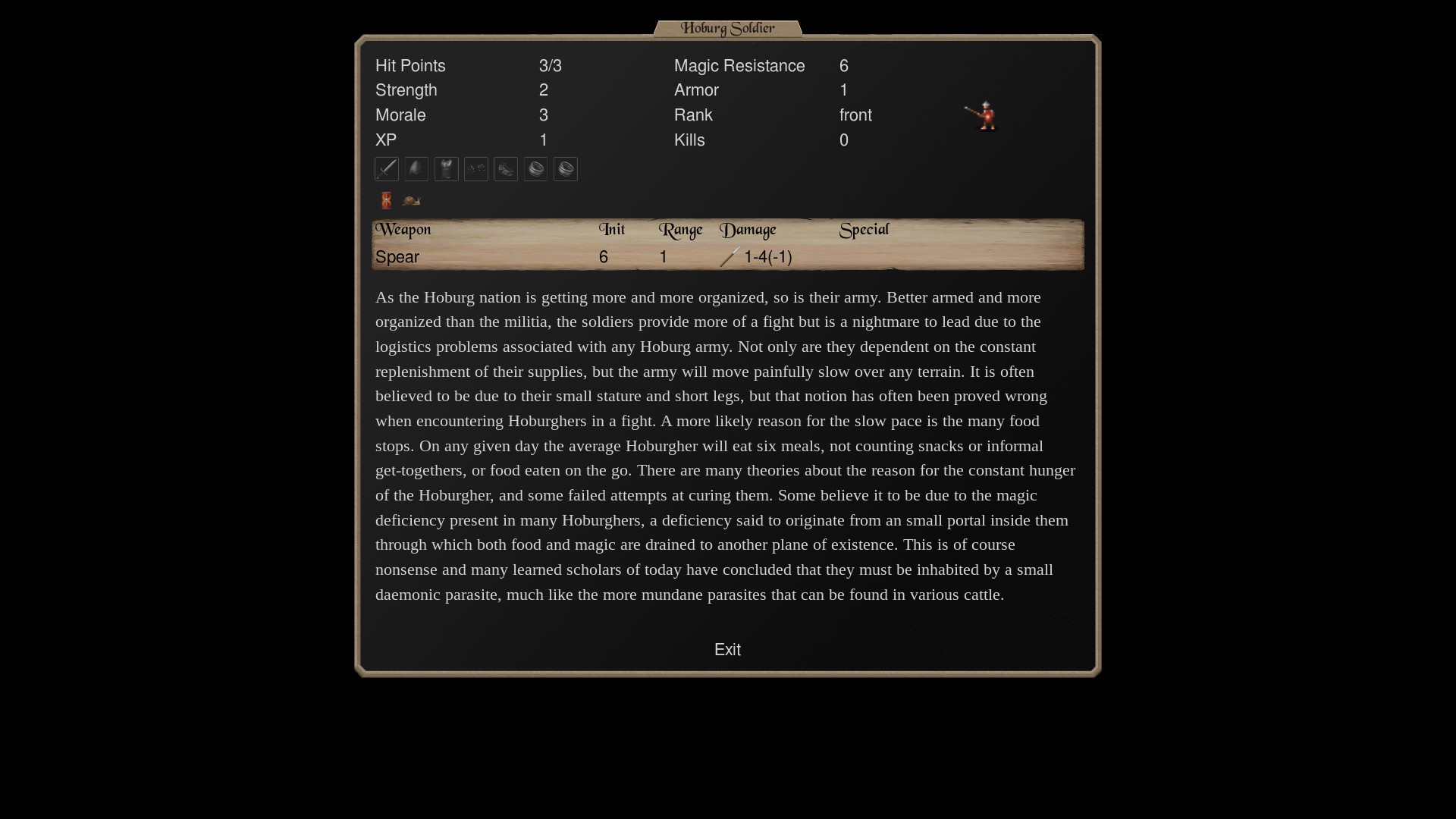 These bad boys manage to totally outshine knights in all but fieldable numbers. A direct upgrade in every way with 14 health, 5 strength, a massive 8 morale and 6 magic resist, the only thing they don’t have over normal knights is their 3 armor and normal shield. They even have more base damage output and an extra attack in the form of their mount’s horn. Oh, and did I mention they’re fast (not just battle fast), have 100 poison resist, and have fast heal which allows them to recover from battle afflictions. 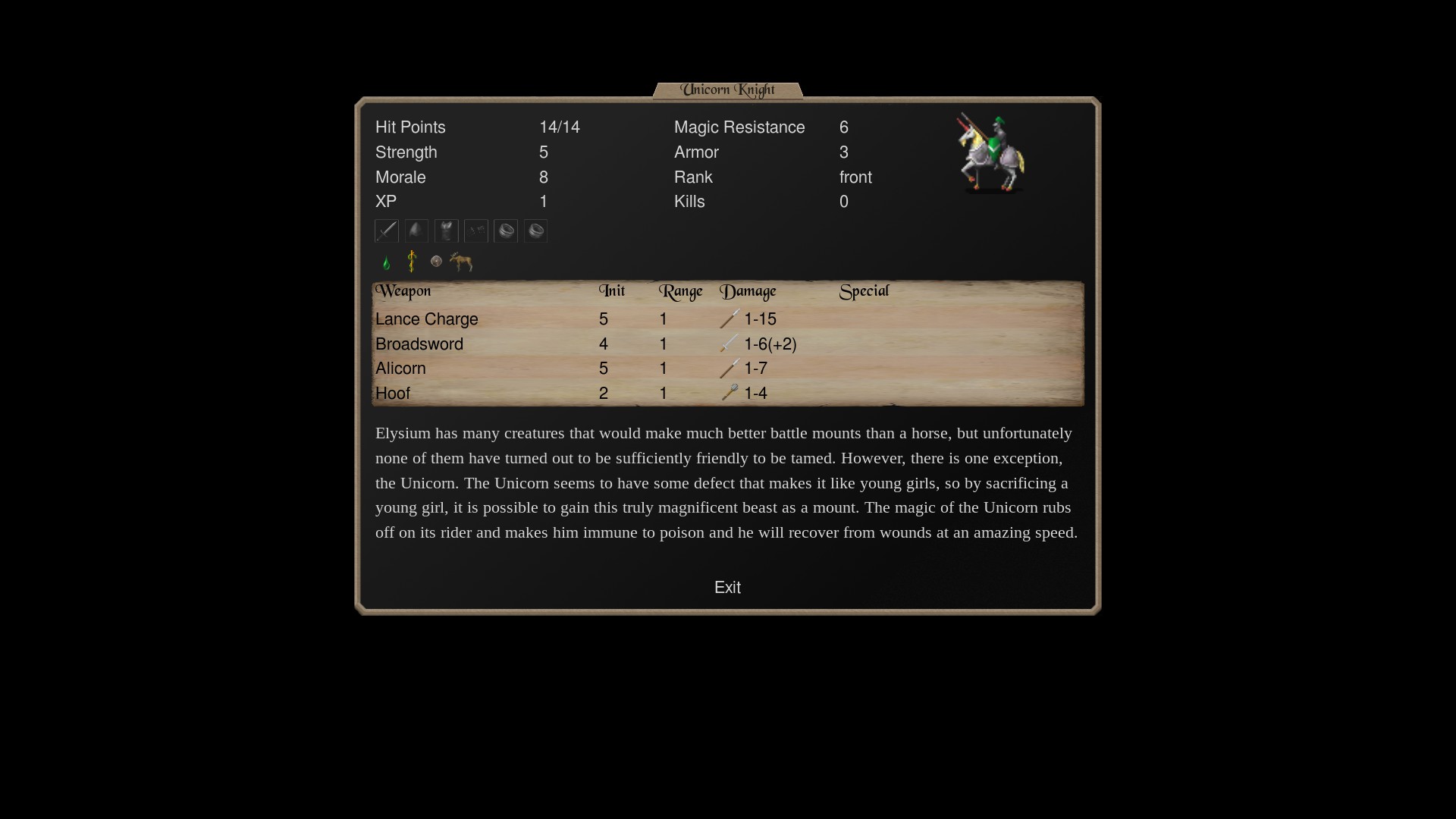 Here we come to an end for Conquest of Elysium 5 Basic Conscription Sources + Descriptions hope you enjoy it. If you think we forget something to include or we should make an update to the post let us know via comment, and we will fix it asap! Thanks and have a great day!