I find it weird that people don’t know how to build dedicated archer in 2022. Nowadays throwers with bow mastery are named archers. This guide describes how to build archer and how to use him to progress in the game faster.

Whole point of archer is winning ranged fights and forcing enemies to attack. Attackers are at huge disadvantage in BB because they have worse terrain and take free round of attacks. Also archer(s) save your low rdef bros from taking arrow damage thus saving tools and improving your efficiency. With archers you are able to win harder fight than without and at the same time do not take much armor damage.

You need rskill, rdef, some fatigue and HP. The more rskill the better. Same with rdef because there are debuffs and champions. Default origin starting bro is good enough for early game archer. Try to find hunter(s) with high base and 2-3 stars in ranged skill for lategame.

Determined. Confident morale adds 10% stats which is huge. You cannot improve your morale in ranged fights because enemies die too far away from you.

There are 2 enemies who do not charge in melee: brigands and goblins. I’ll only write about goblins because they have famed loot, but the same tactic may be used vs brigands. In all other fights swordlance + bow hybrids usually perform the same or better.

At first learn how to restart fights. If you have first move with impatient bro or high ini fencer you may retreat using white flag and enemies will not chase you. This is important to minimize damage if there is shaman in enemy camp or if you are retreating from fast enemies like necrosavants. 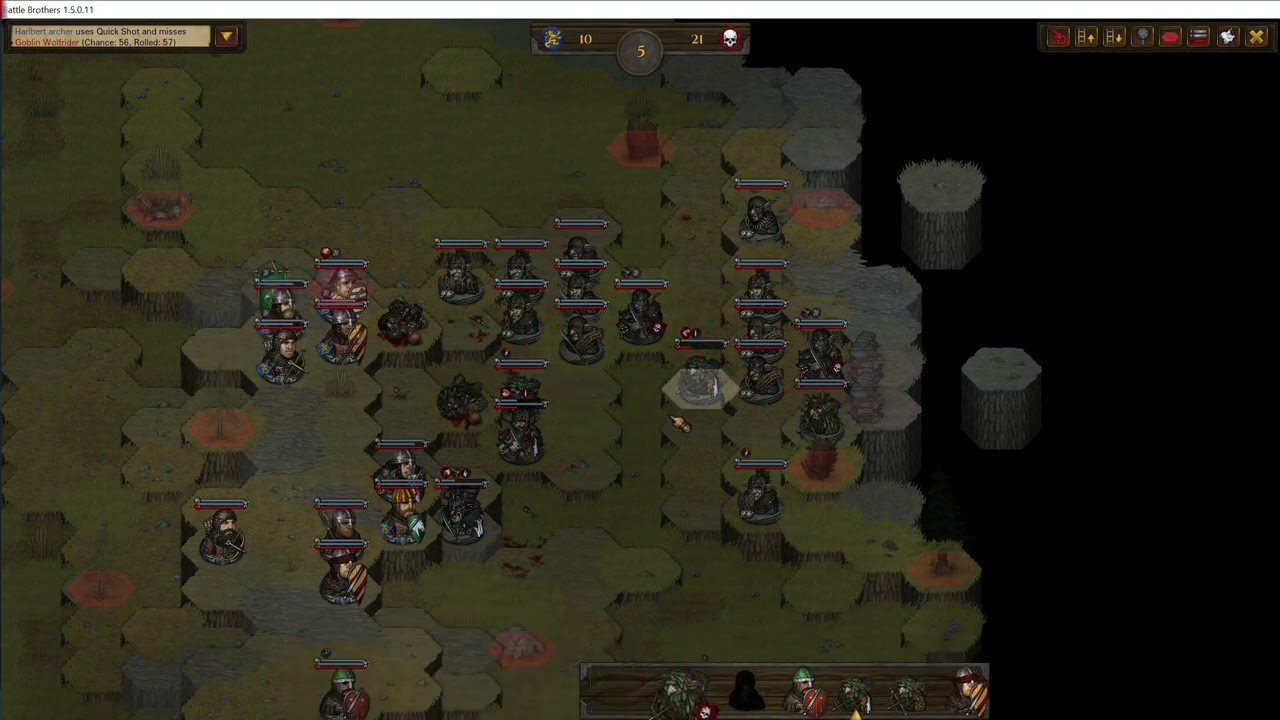 When your archer is not yet good enough to solo kill enemy archers. 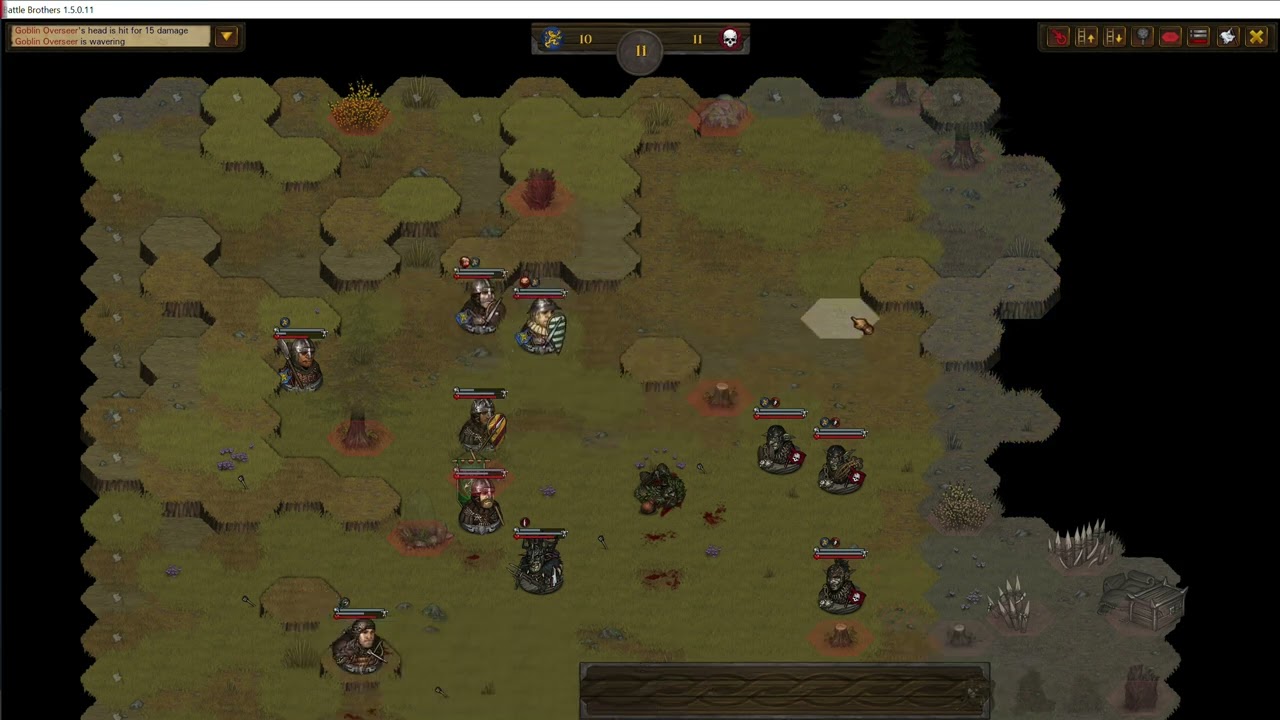 There is goblins area in a map which you should find in early game. Move there and quickly loot all newly spawned camps without taking any damage. 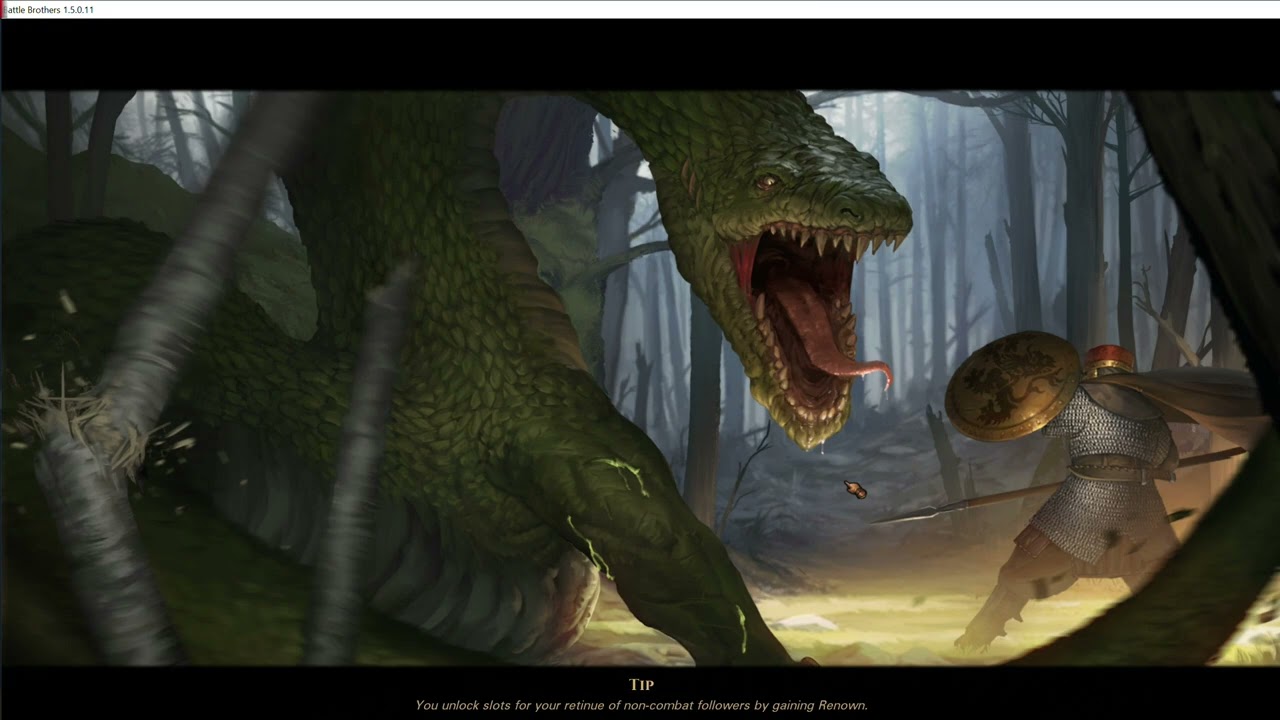 Dedicated archer is unmatched in farming famed gear stored in goblins camps. It may be imperfect or even useless in some other fights, but goblins are very common enemies and early famed items are very important for snowballing your company. If you play normal 20 brothers origin there is no point in not using couple of them.

This is all for Battle Brothers How to build dedicated Archer hope you enjoy the post. If you believe we forget or we should update the post please let us know via comment, we will try our best to fix how fast is possible! Have a great day!