The HUD options don’t explain what they all do. The game is fun, but it can be more fun if you dive into the HUD customization.

⋆ One of the more annoying aspects of the game are the constant prompt messages and clutter on your screen. Fortunately, it’s possible to turn off mostly all of them. However, the game doesn’t make it clear how to do so. I am here to help.

⋆ Show/Hide current selected quest in the upper left corner of the screen. 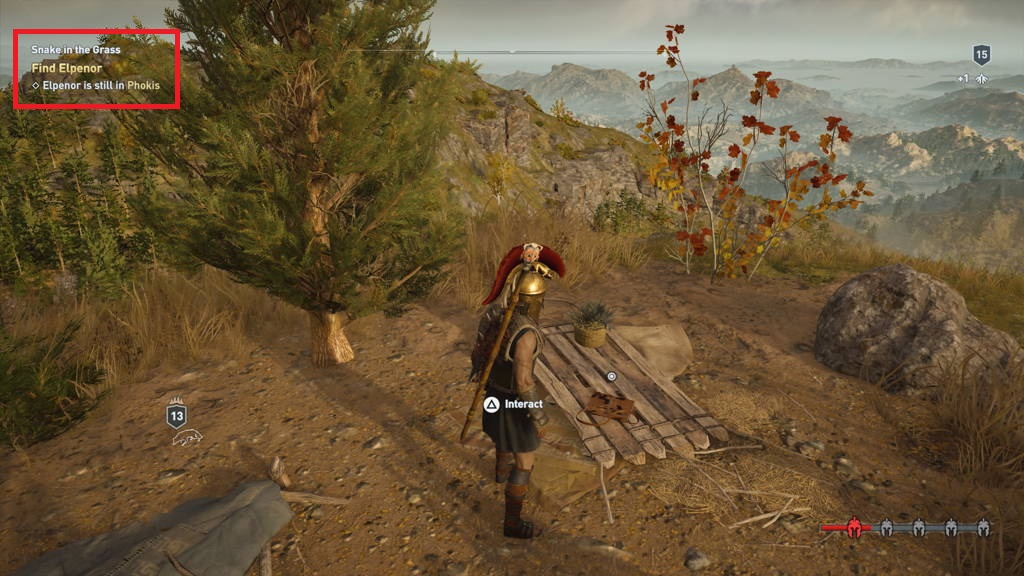 ⋆ Displays occasionally in the bottom right of the screen which faction is currently in control and the status of the regional leader. 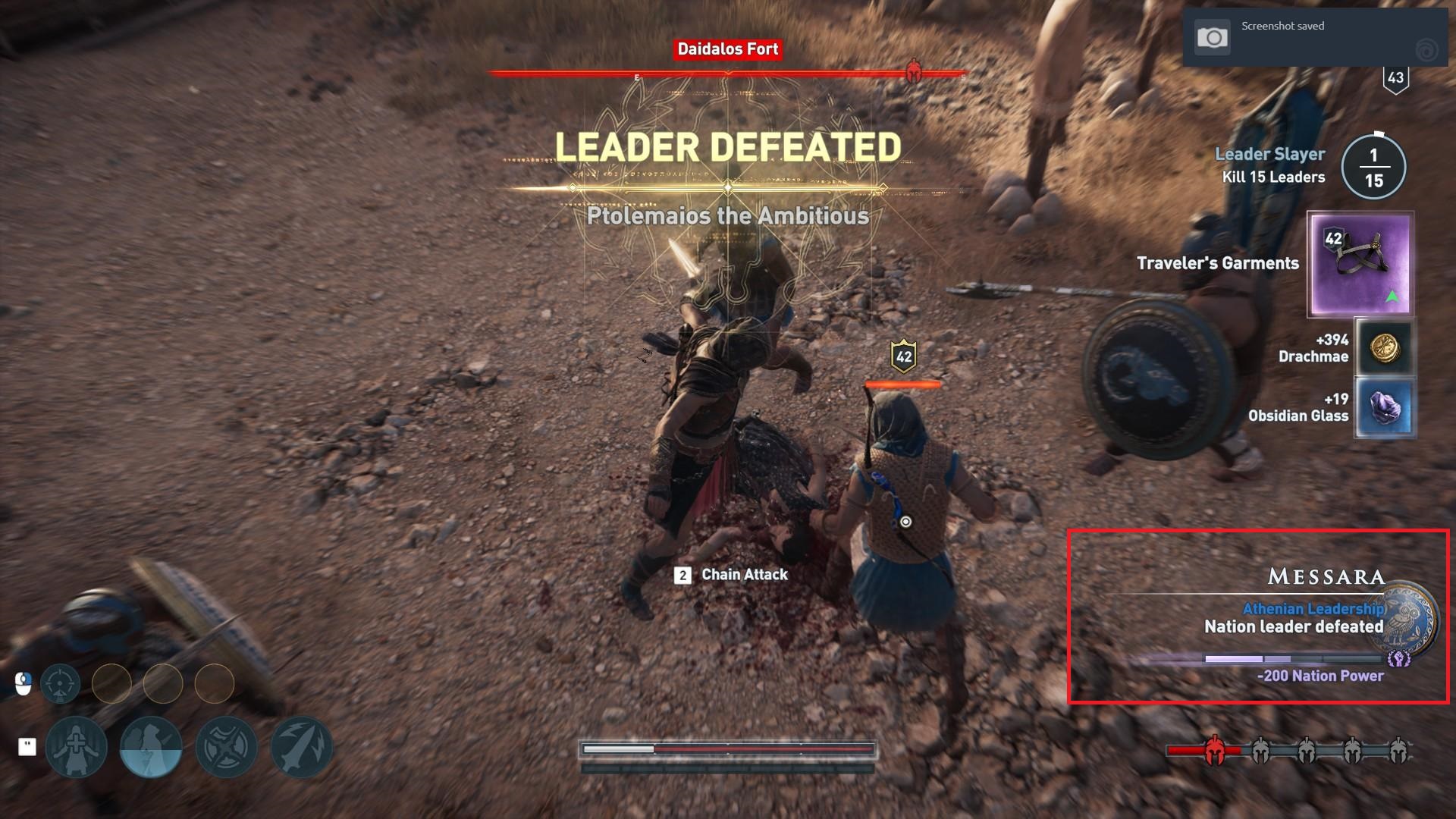 ⋆ Shows which button(s) to press to activate Ikaros abilities. 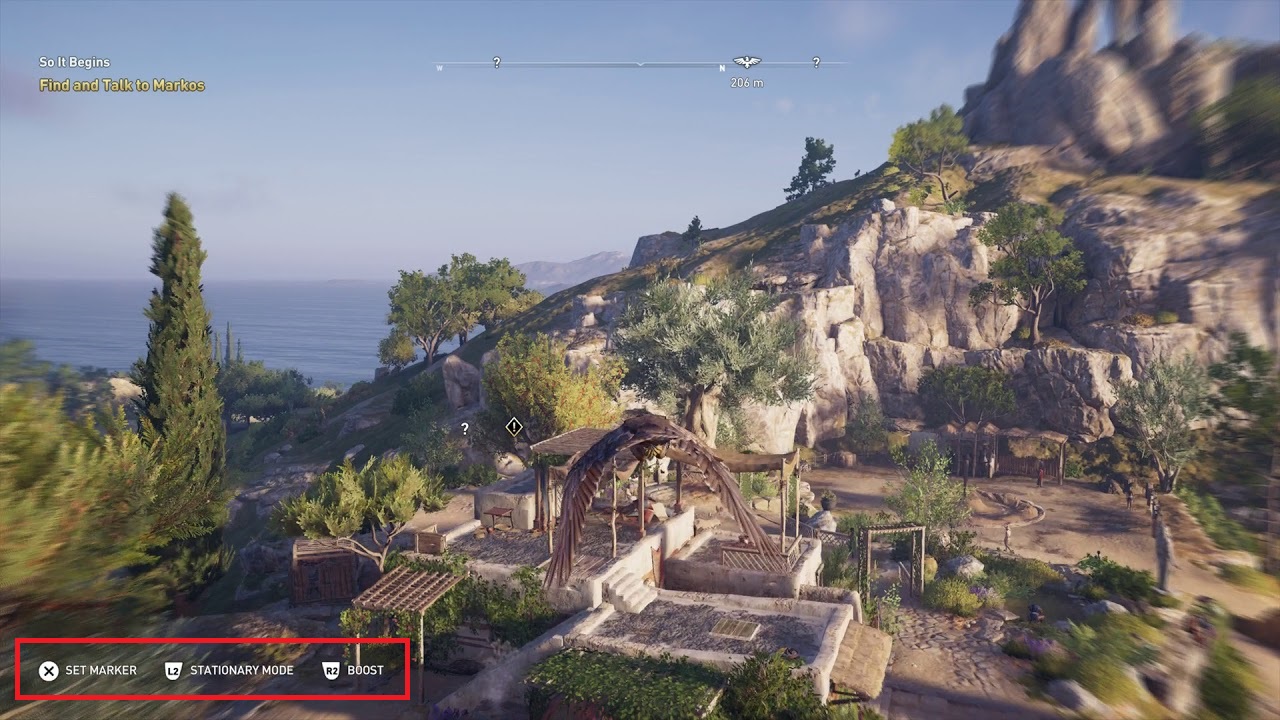 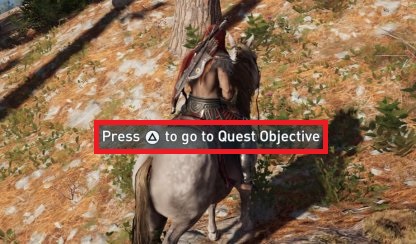 ⋆ Show/Hide the pop-up that displays in the middle of the screen when you complete a quest, location, synchronizaton or recruit an enemy. 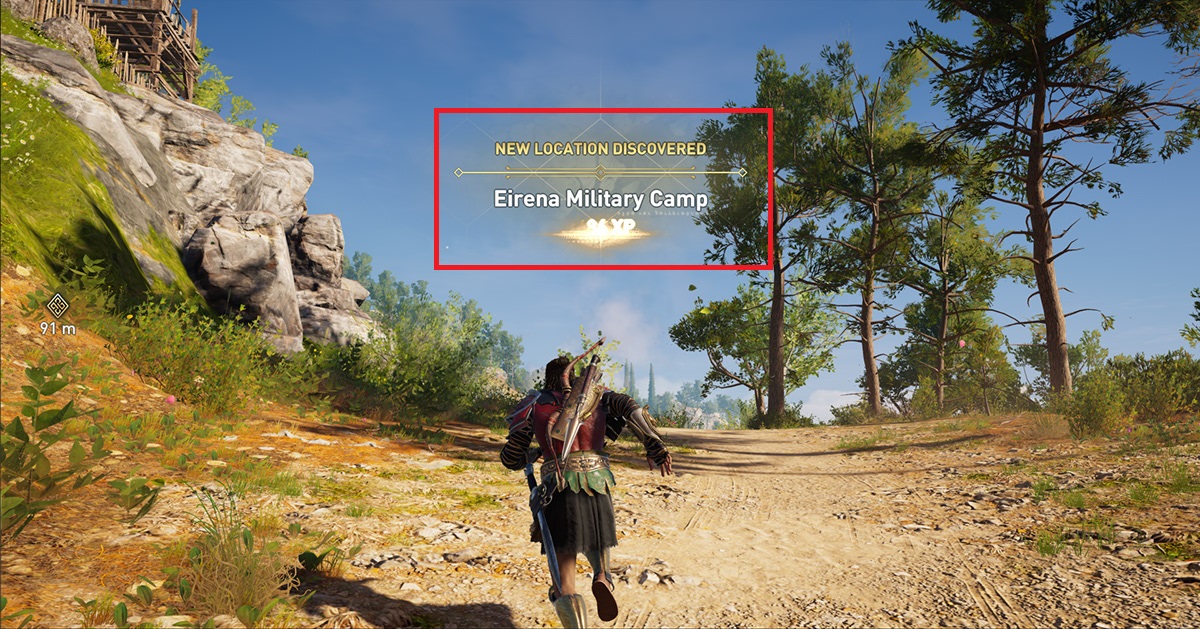 ⋆ Shows which arrow/weapon you are currently using and/or switching too. 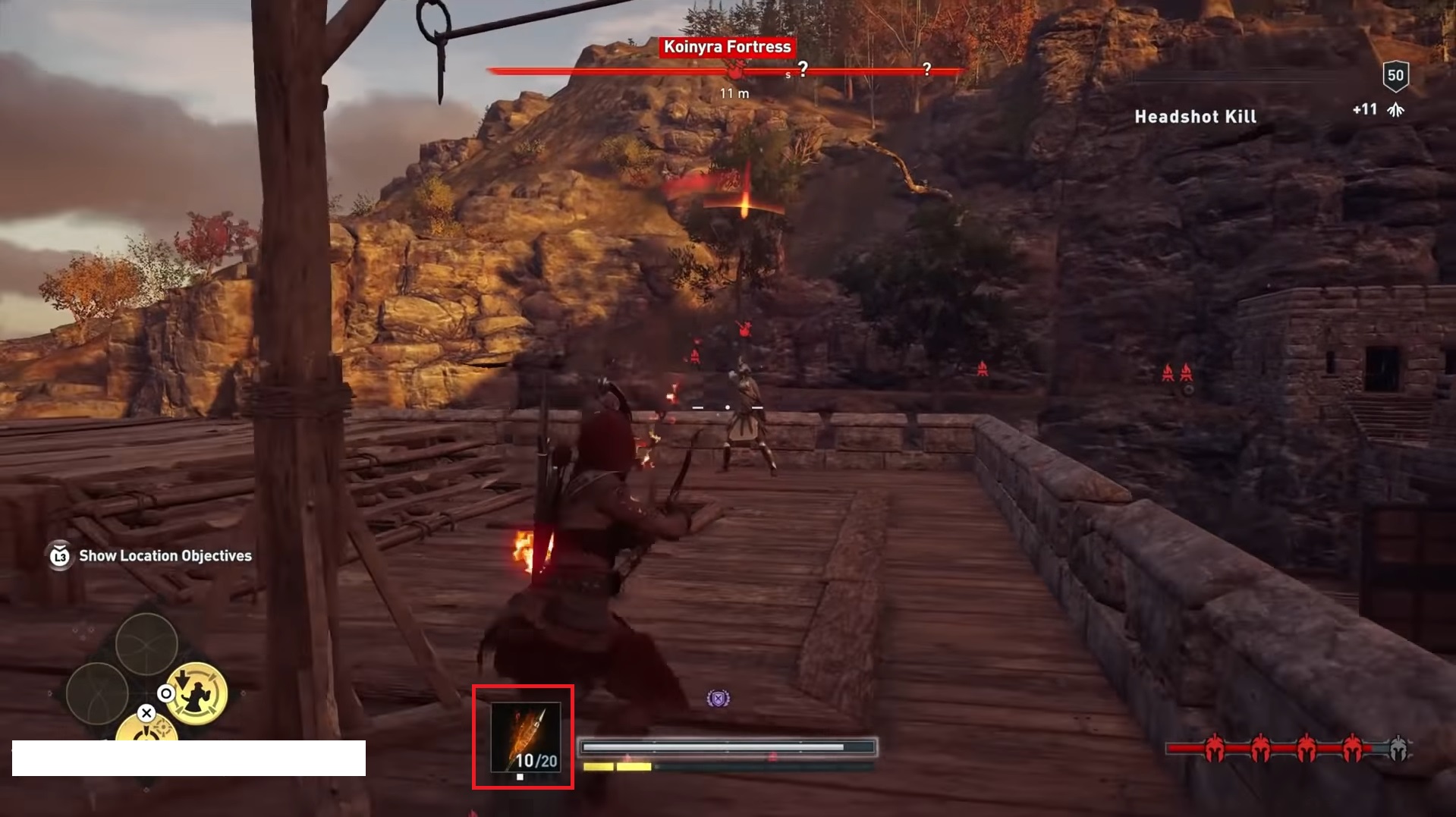 ⋆ Displays your health at the bottom middle of the screen, auto displays in combat and when taking damage outside of combat. i.e. a fall. 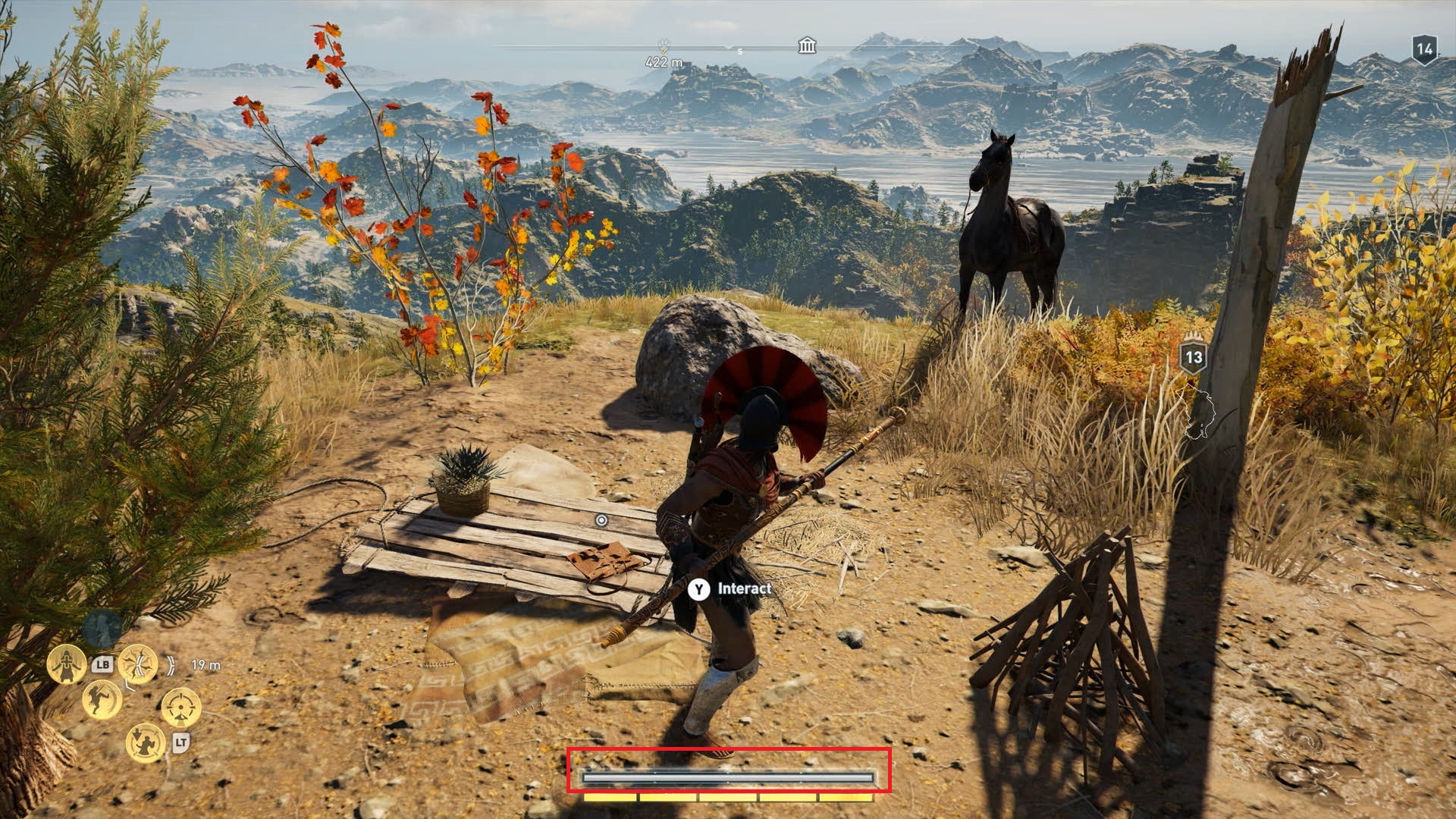 ⋆ Shows/Hides the indicator that lets you know you’re in the process of being spotted and from which direction. 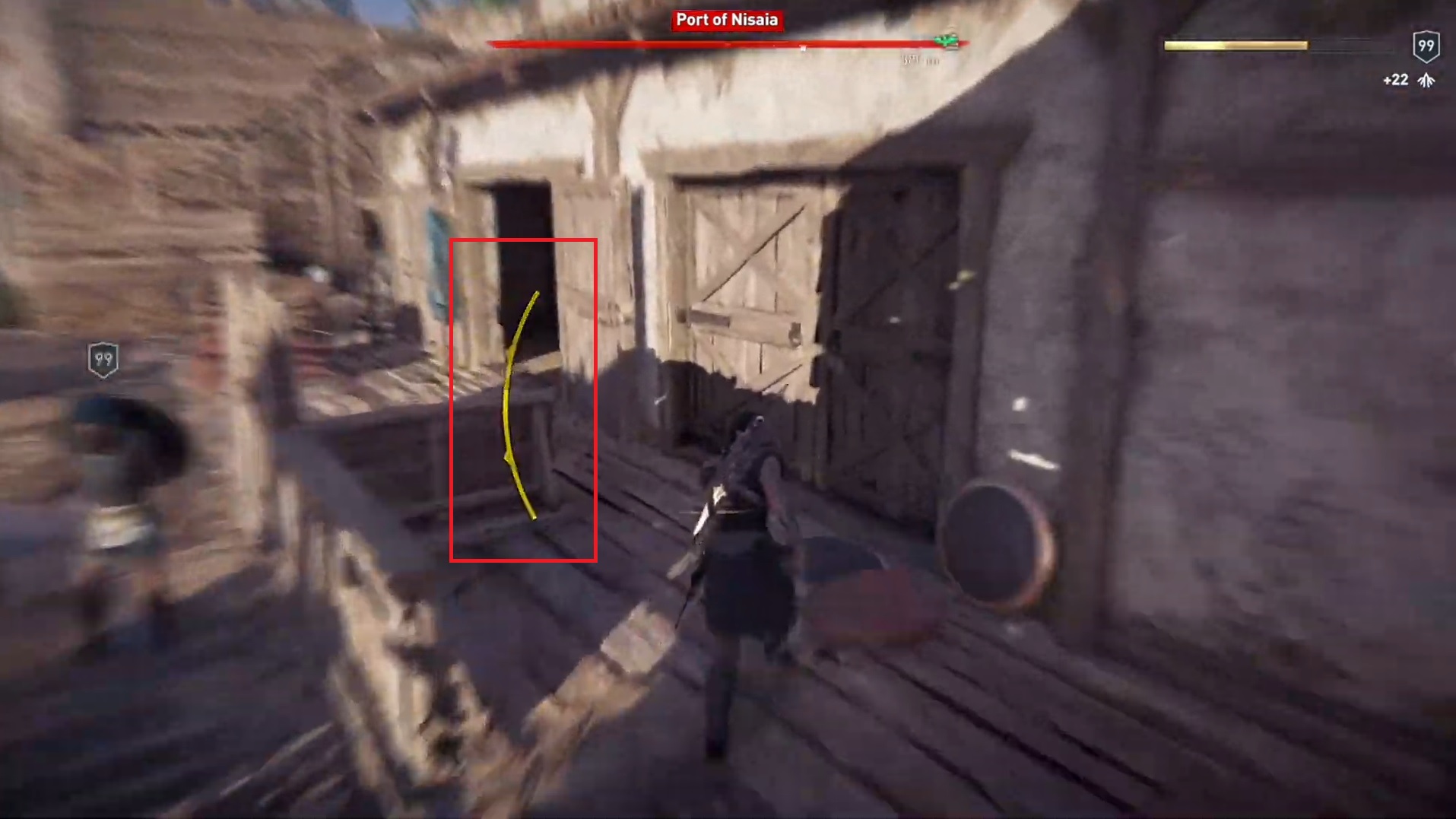 ⋆ Show/Hide the indicator when manually locking on to a target. 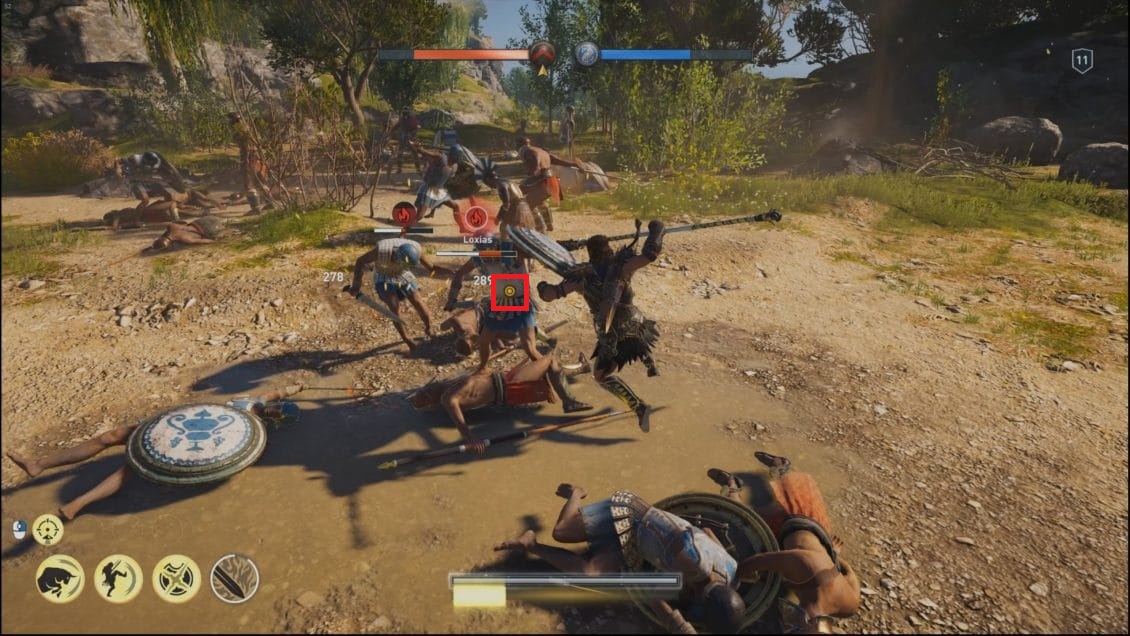 ⋆ Disabling this will hide the on-screen ability guide that pops up in combat (bottom left of screen) or when activating an ability out of combat (i.e. shooting arrows from stealth). 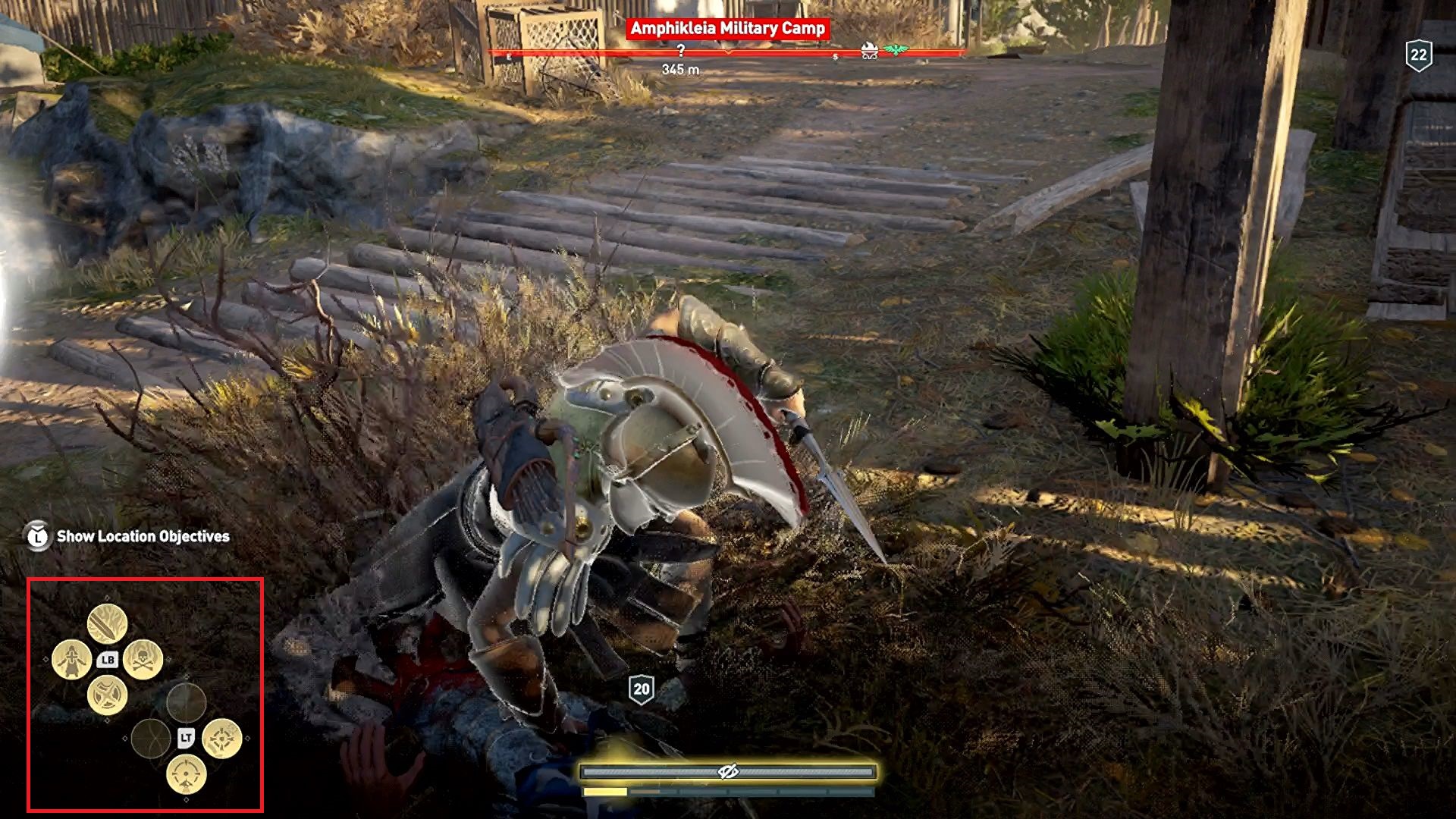 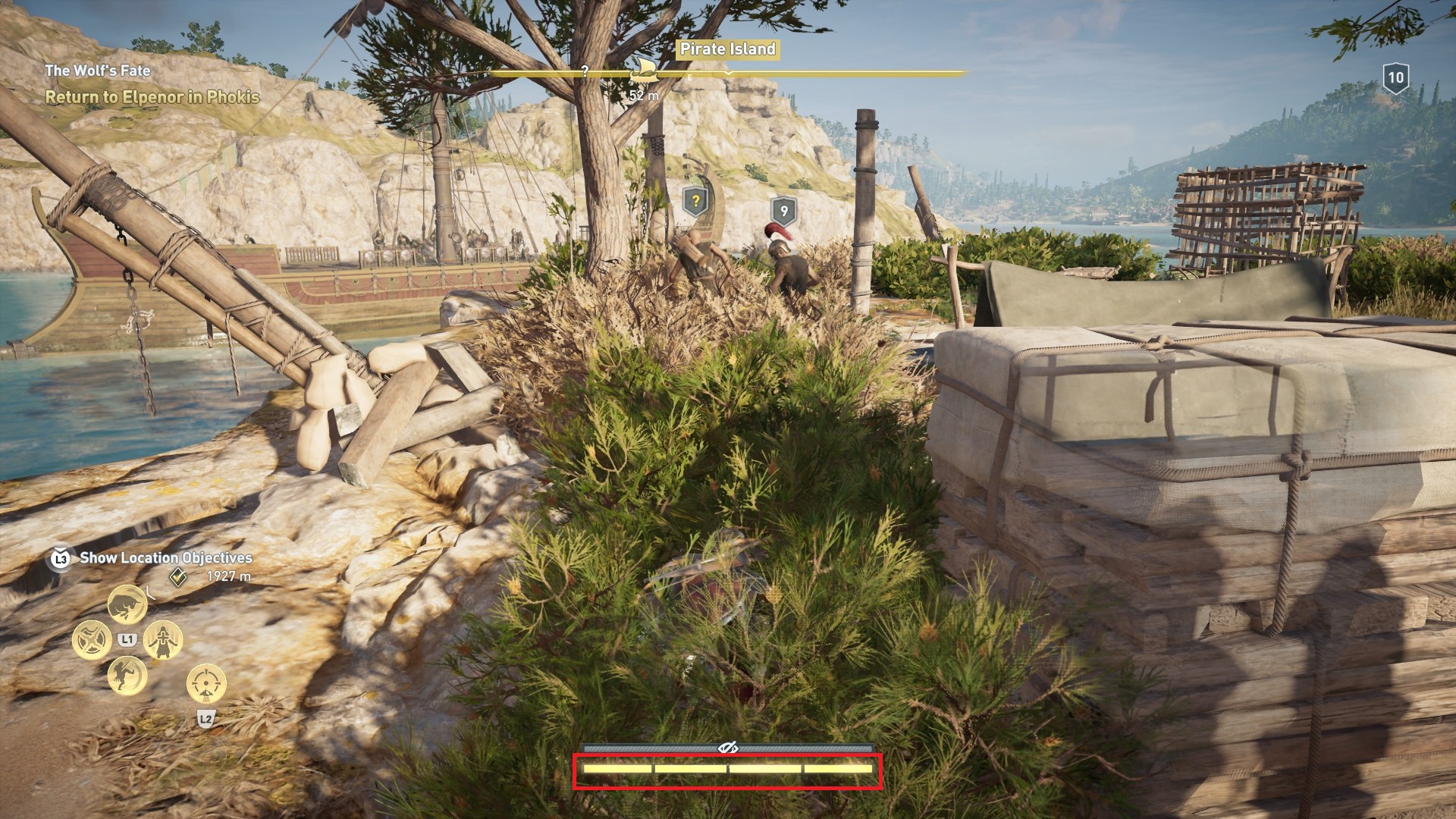 ⋆ Enable/disable the pop-up that displays when you make progress towards unlocking an engraving. 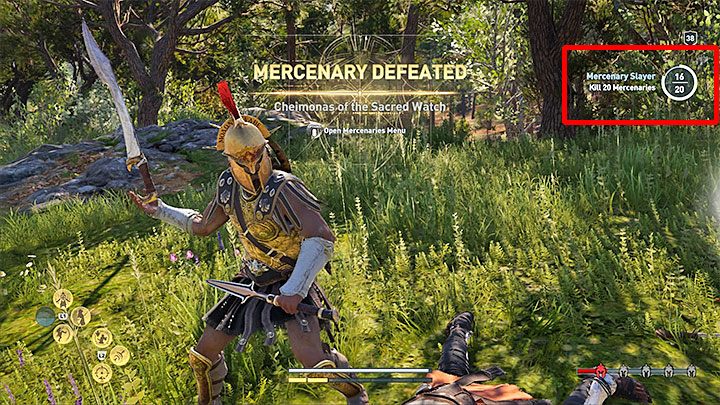 ⋆ Show/Hide the compass at the top of the screen. 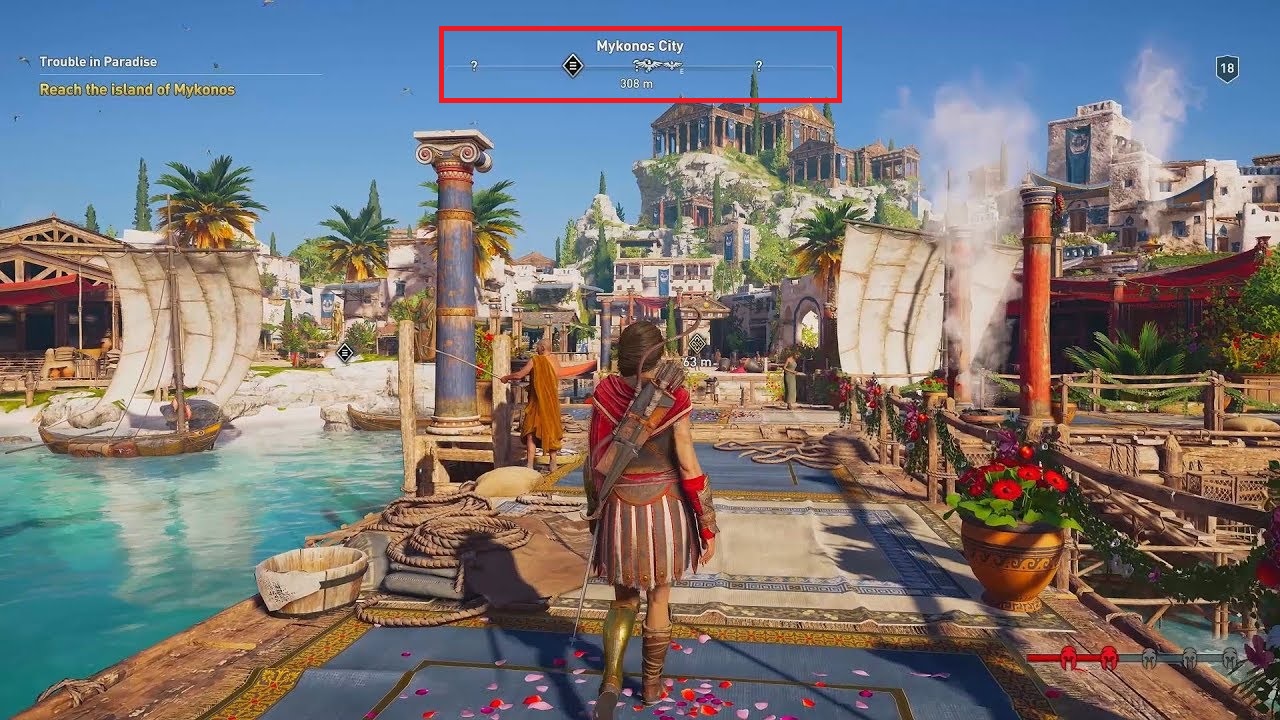 ⋆ Show/Hide; Will display your level in the top right corner of the screen. 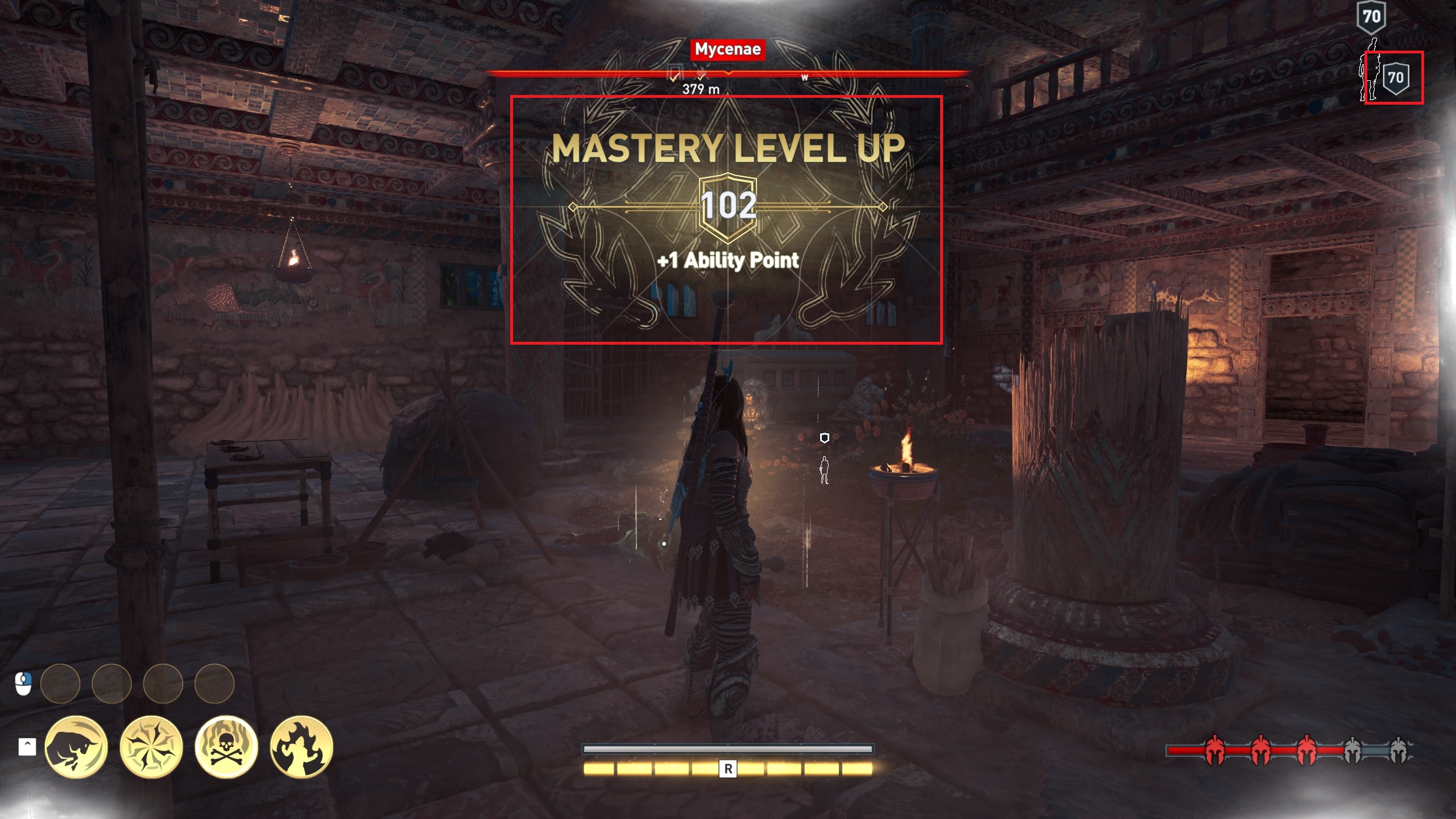 ⠀⠀⠀⠀⠀
⋆ Also when gaining XP it will briefly display an XP bar with your progress towards your next level. 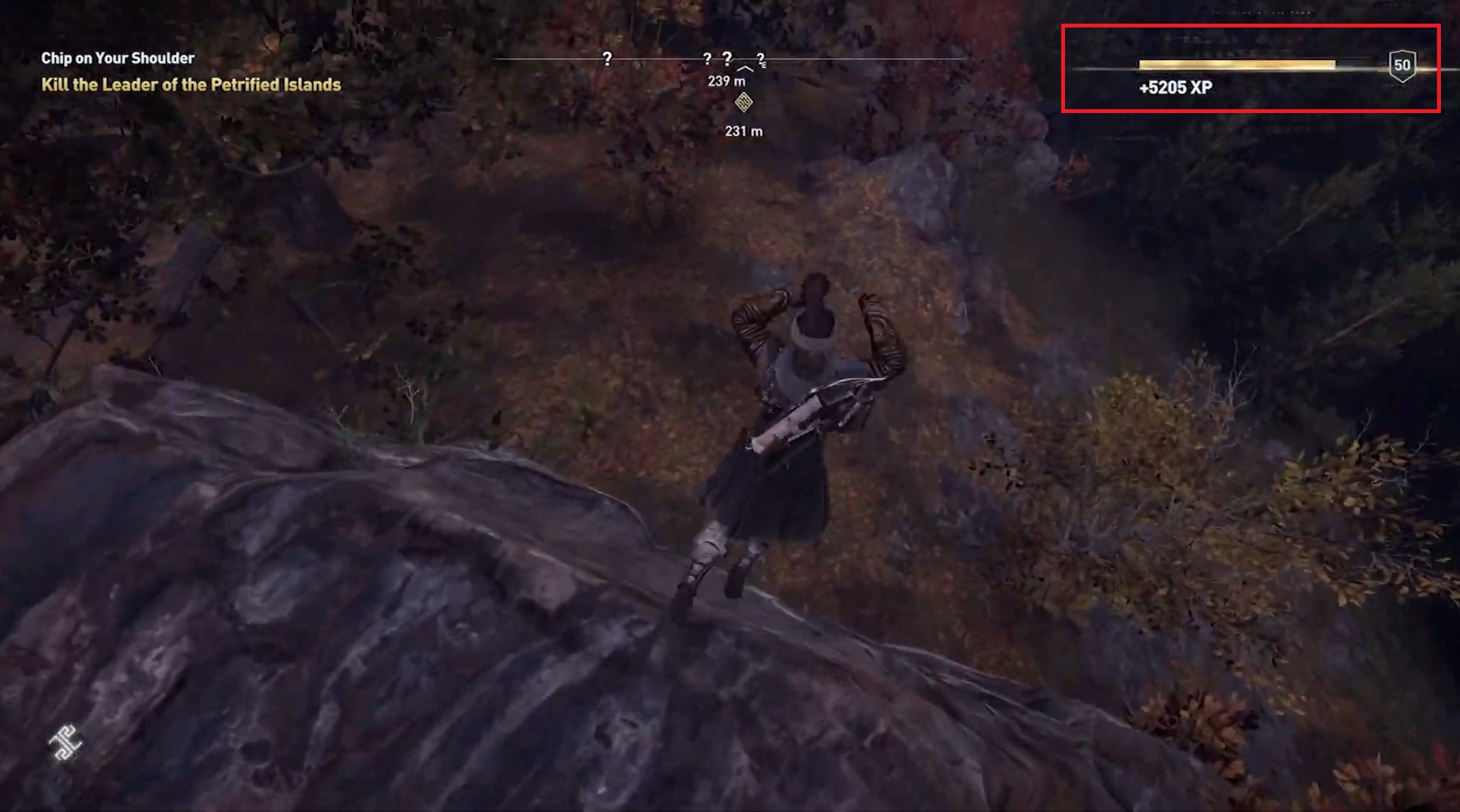 ⋆ Show/Hide the blue bar near the bottom middle of the screen, when you dive below the water to indicate how much oxygen you have left before you drown. 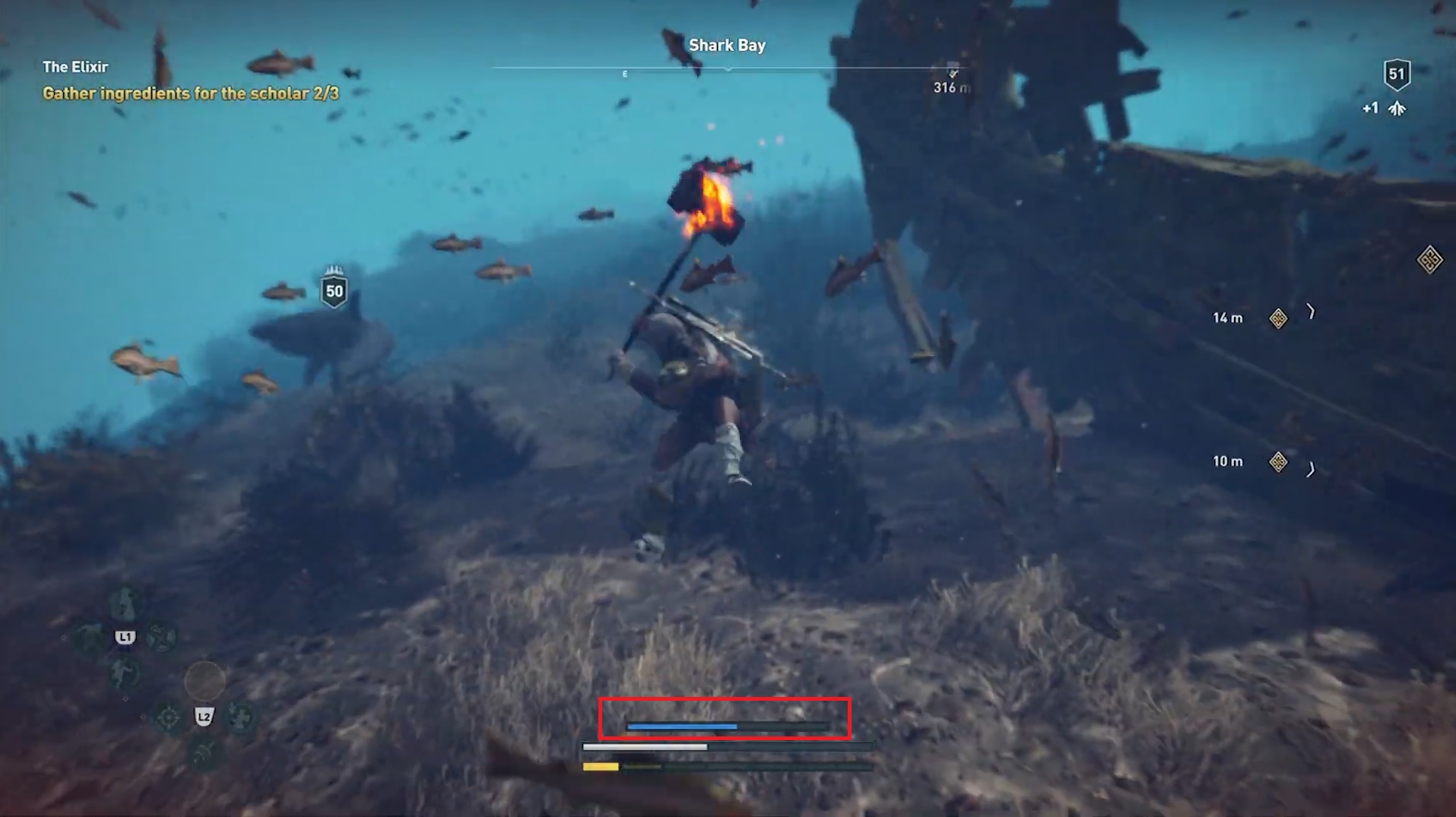 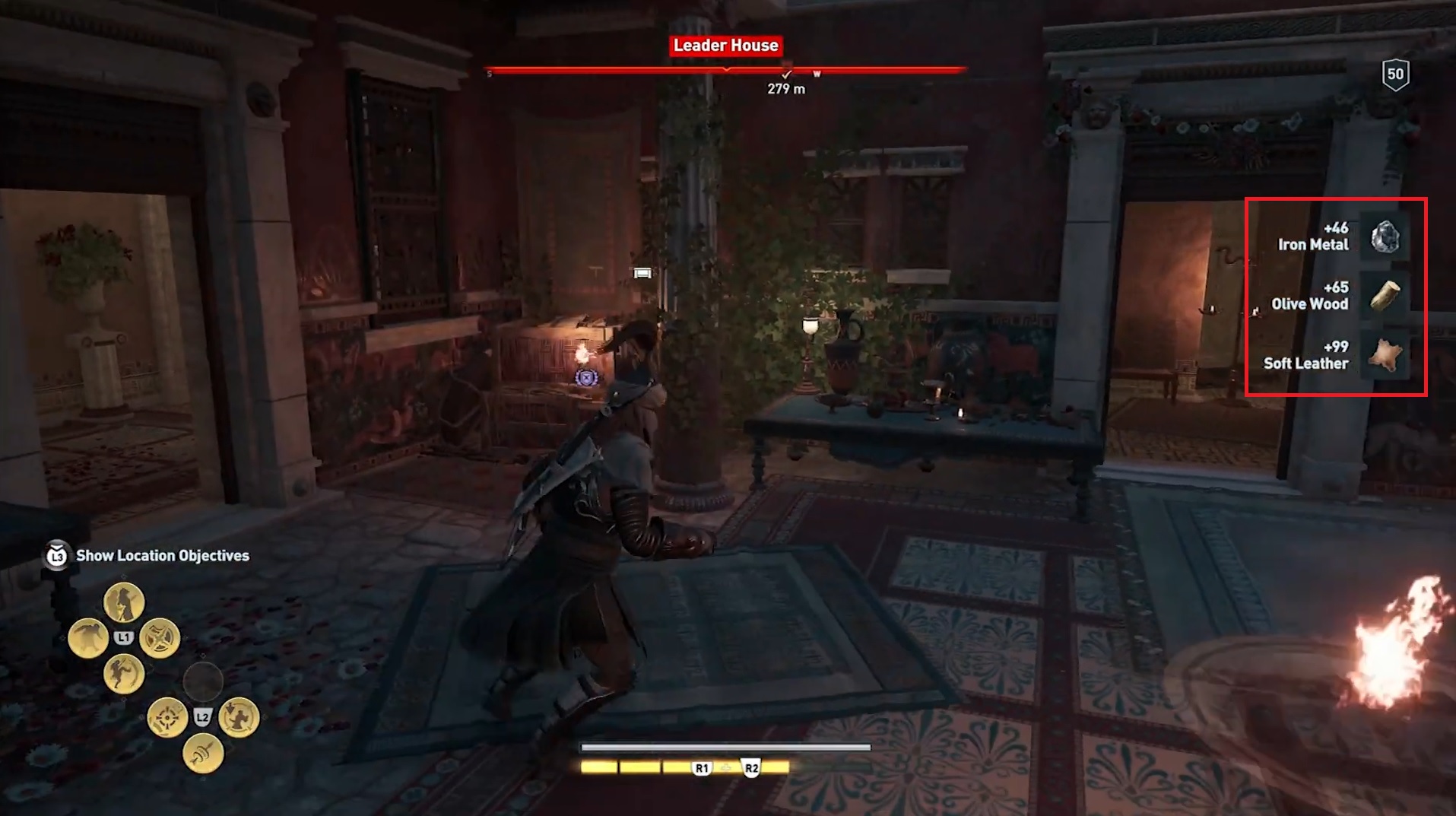 ⋆ Show/Hide your Bounty Wanted Level in the lower right corner of the screen (red bar with helmet icons) when you have a price on your head. 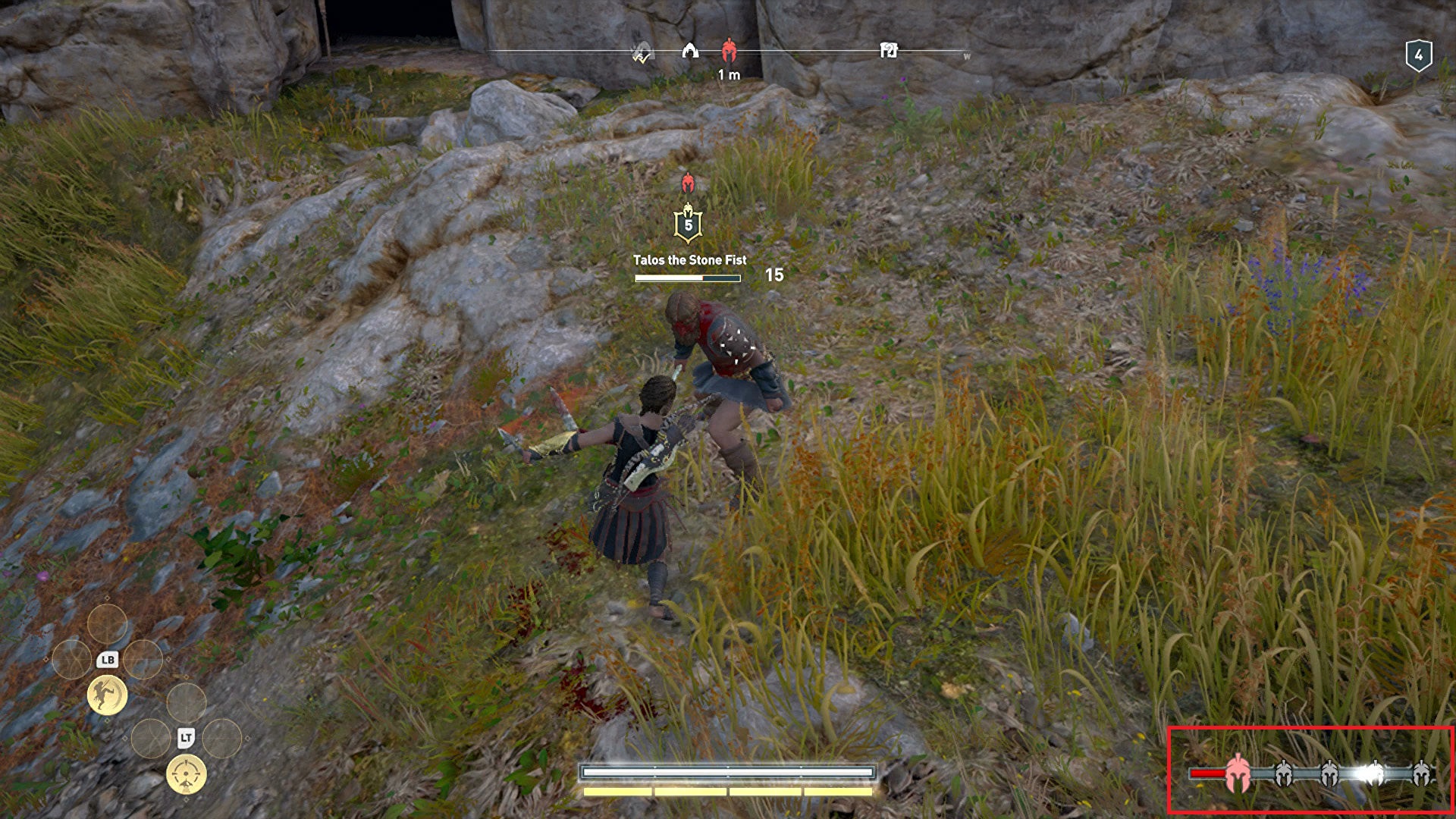 ⋆ Puts a white glow around enemies, allowing you to see their outline through walls. 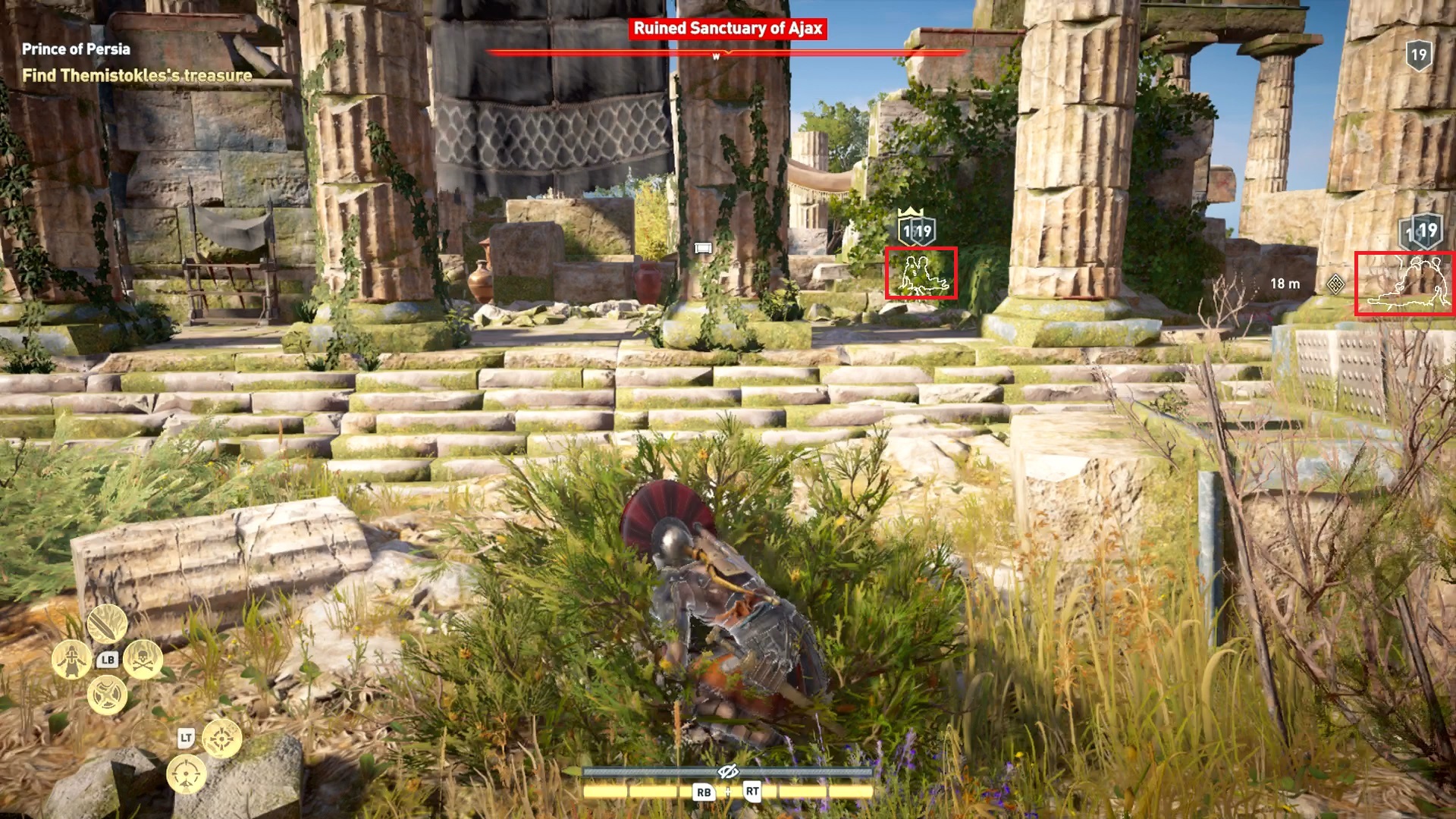 ⋆ Show/Hide; When on, enemies once identified (via self or Ikaros) will have little icons over their heads, with different icons indicating their relative strength and when in combat will display their health. When off, you will not see an icon (even when spotting with Ikaros) or their health. Also when toggled off it automatically disables the Fight Damage Numbers option. 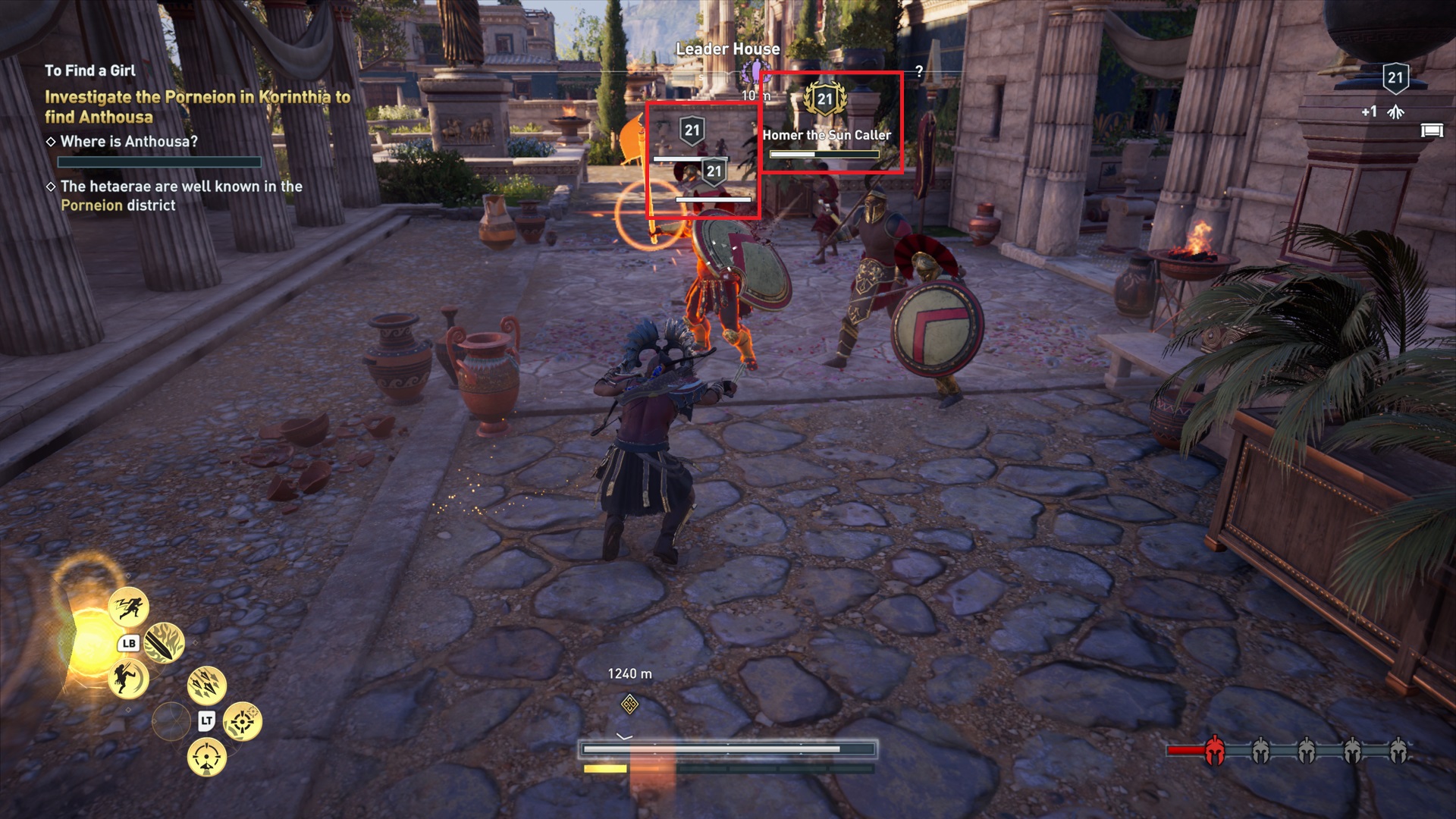 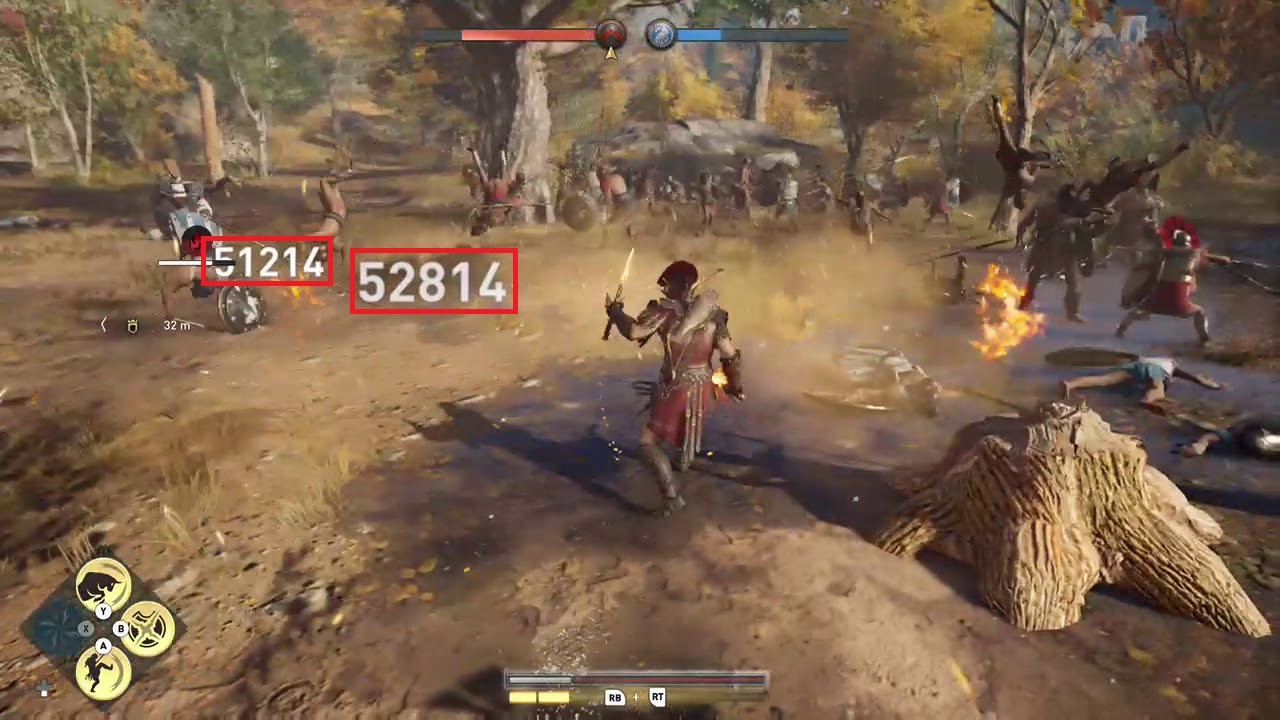 ⋆ When an enemy is about to execute a ranged attack on you, you will see a visible effect on them to indicate this. 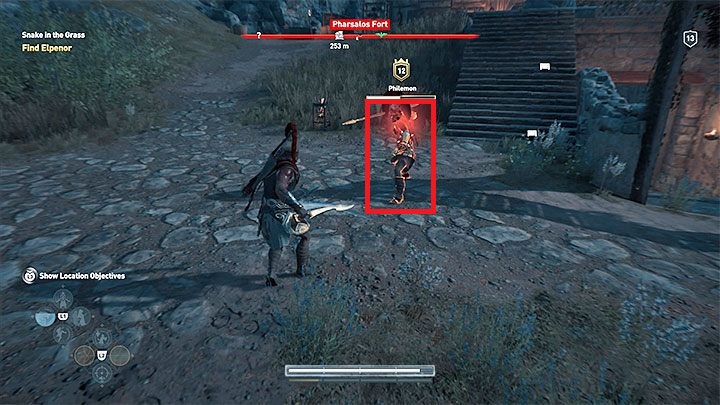 ⠀⠀⠀⠀⠀⠀
⋆ Also, this will disable ranged attacks indicators from enemy ranged weapons, like arrows and similar.
⠀⠀⠀⠀⠀⠀ 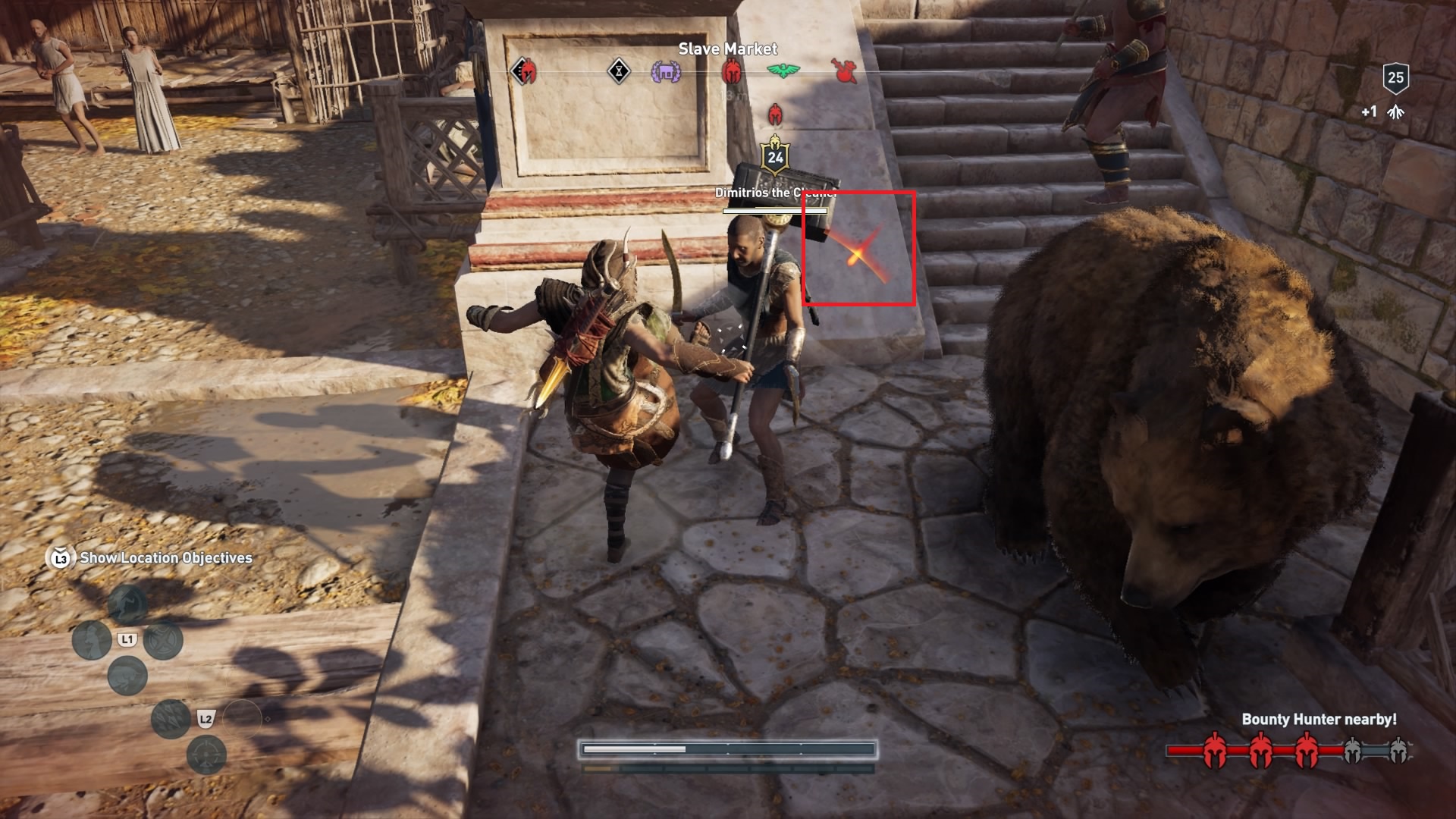 ⋆ UI element tat pops up with basic gameplay/controls tips. While initially helpful for someone with no clue about the control scheme and or gameplay, for most it gets annoying really fast. 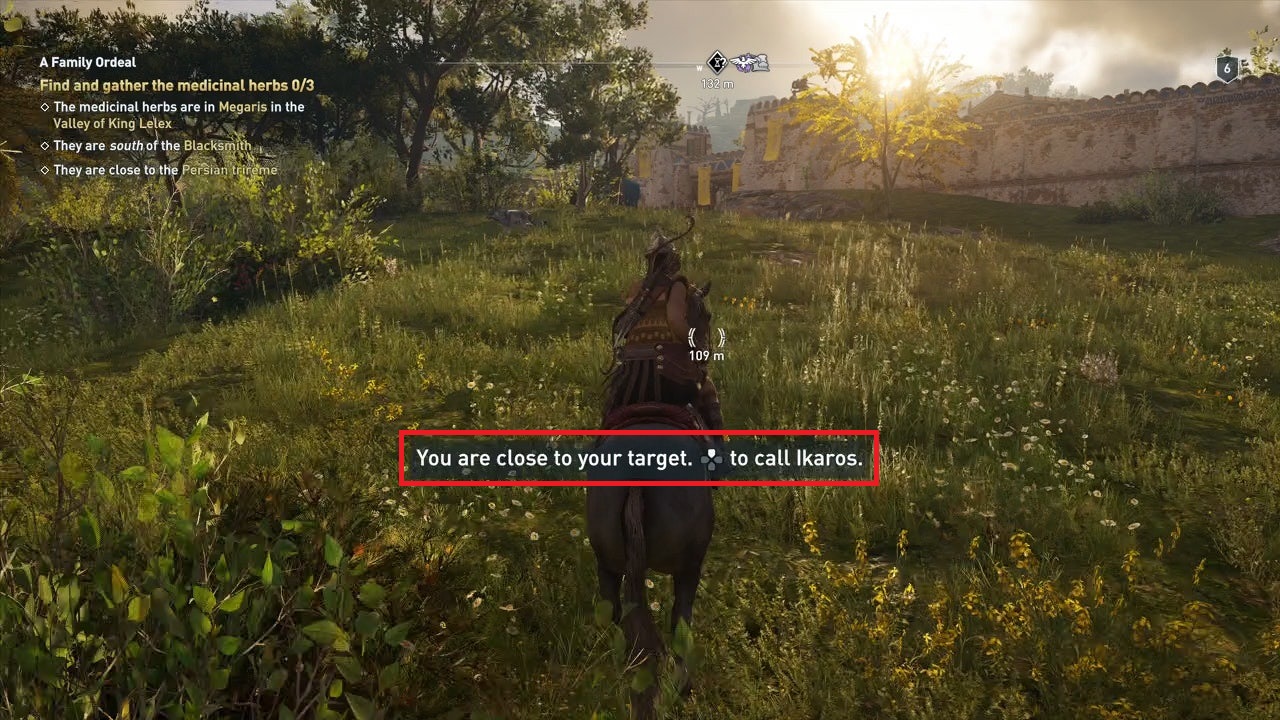 ⠀⠀⠀⠀⠀⠀⠀
⋆ Did you know that when you are close to your objective you should use Ikaros? Of course you do, because Assassin’s Creed Odyssey tells you every single time, for every single quest objective in the game. Fortunately just like other UI elements these annoying messages can be turned off in the main menu. 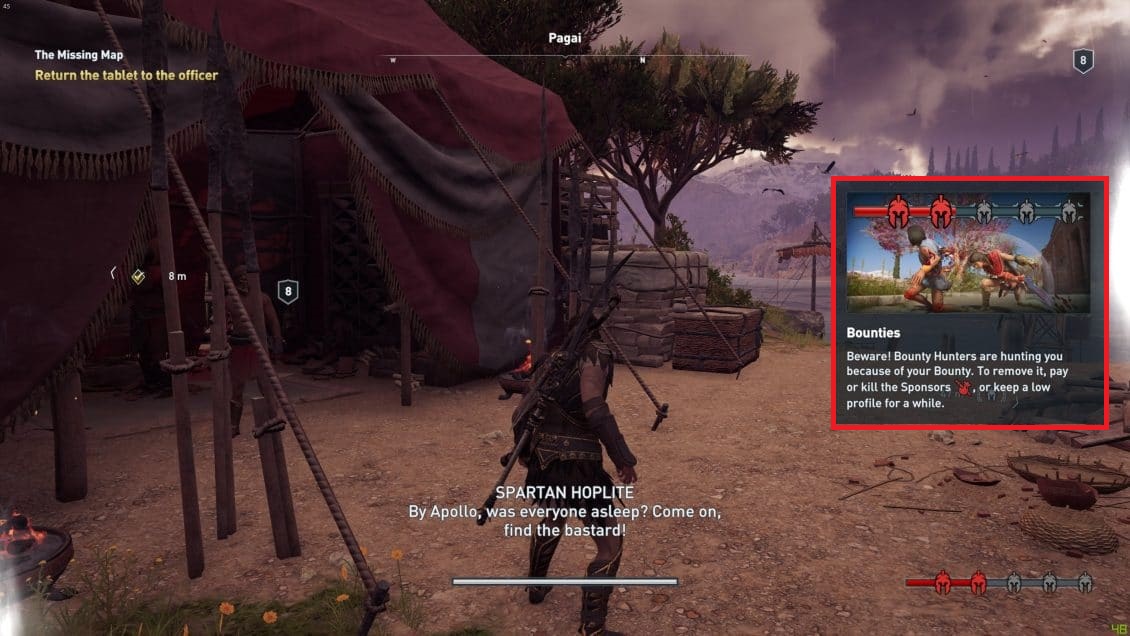 How to keep the HUD settings you want the way you want.

⋆ Use the Show All preset and not light preset or other presets. After enabling Show All then turn off everything you don’t want and it will remember your settings. 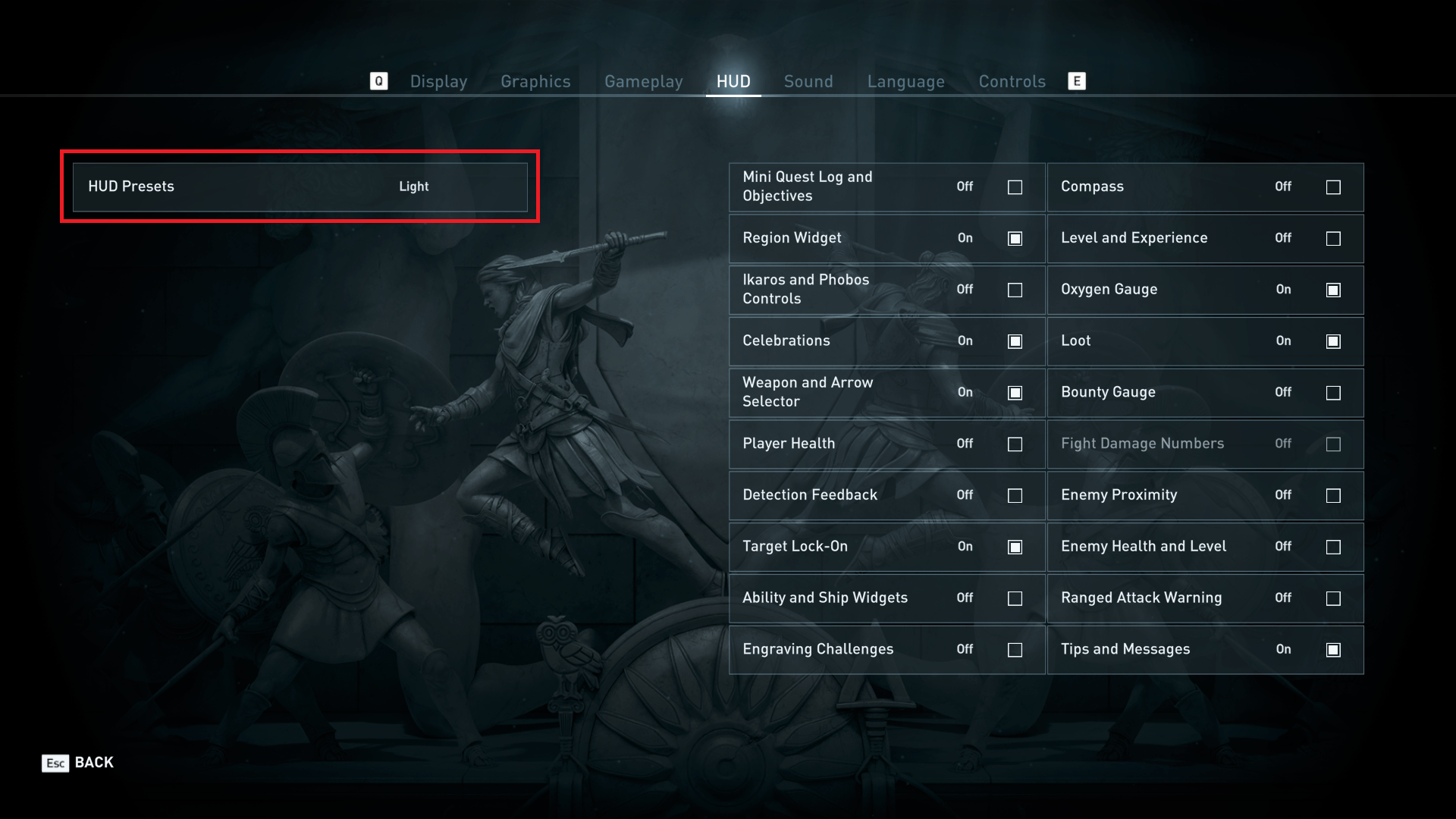 ⠀⠀⠀⠀⠀⠀⠀
⋆ If you are feeling advantageous, there is a Nexus mod called www.nexusmods.com – https://www.nexusmods.com/assassinscreedodyssey/mods/5?tab=description It offers some neat things, like turning off: 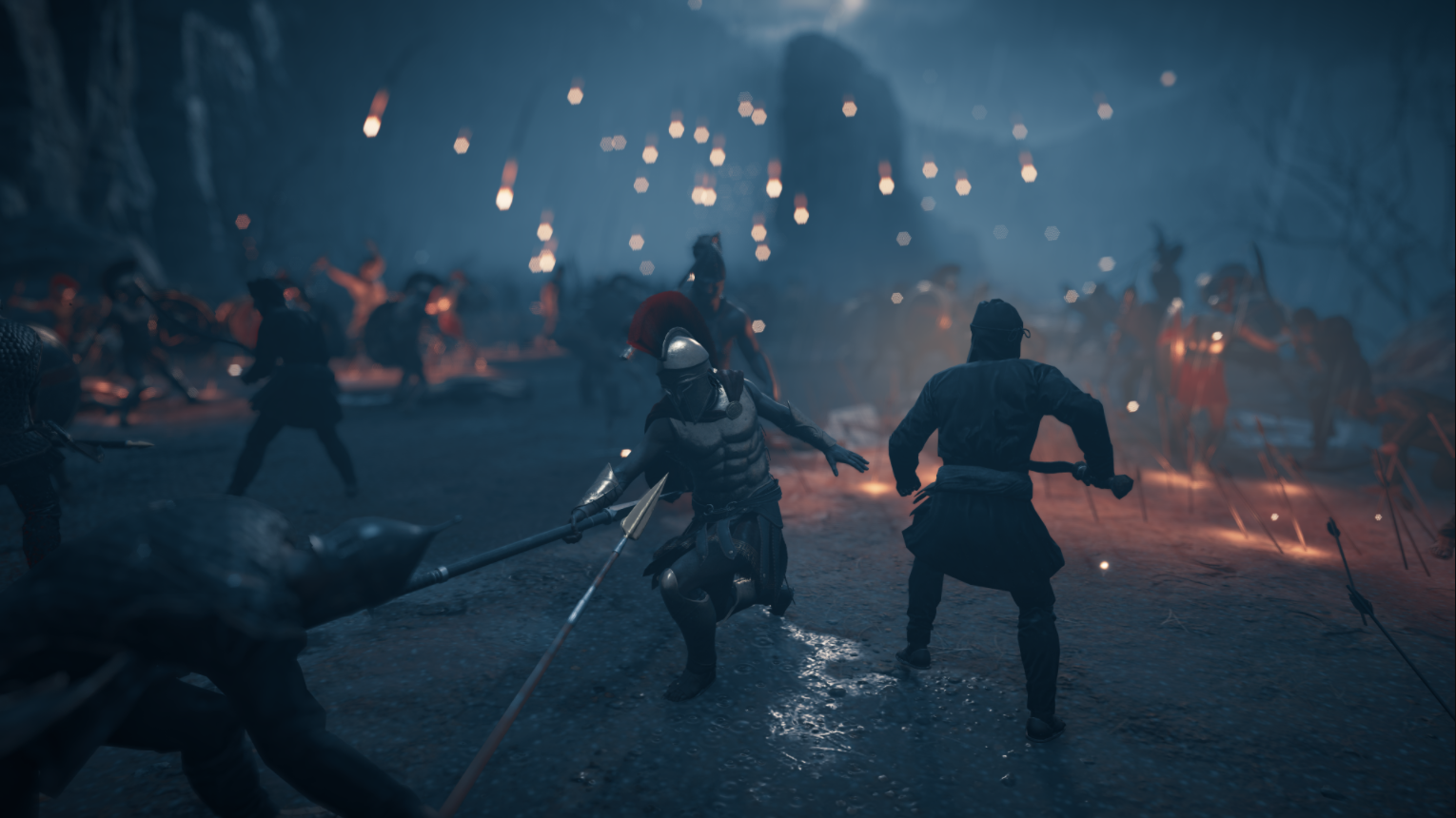 ⠀⠀⠀⠀⠀⠀⠀
⋆ You can also turn off the poison smoke effects from your weapon. But there’s a side effect if you do that, certain fire effects in the game will also disappear. Which is why you can choose between two versions to download, one that toggles poison effects and one that doesn’t.

⋆ Enable exploration mode which will force you to use the map and clues. It makes the game even better.

⋆ I hope this guide was helpful. Let me know in the comments section if you liked it and if you have any feedback please let me know. All the best. 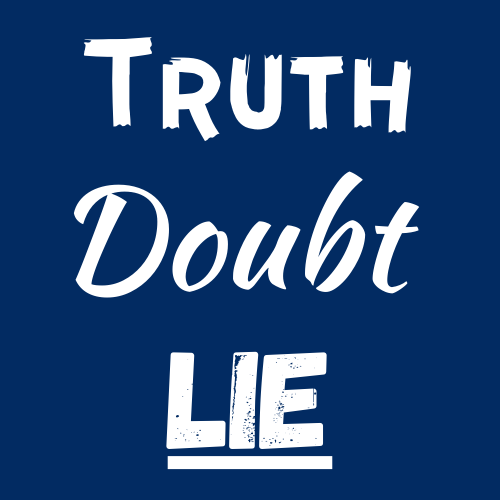 ⋆ If you are like me, who likes to play good video games and not get lied to by developers, publishers and community (fanboys and hype train) to waste money on bad games, DLCs, microtransactions and loot boxes, then consider joining my Steam group.

⋆ The groups https://store.steampowered.com/curator/39449455 is influenced by the finest individuals on the gaming market (in my opinion) and the list is constantly expanding. Group offers unbiased, representable, trustworthy and honest opinion when it comes to games and gaming industry.

Hope you enjoy the post for Assassin’s Creed Odyssey HUD Game Settings Guide – Customization, If you think we should update the post or something is wrong please let us know via comment and we will fix it how fast as possible! Thank you and have a great day!