The Damage Amp follows Special Weapons characters when activated, acting as a mobile damage aura, but remains stationary like a traditional beacon when activated by other characters.

Each point in Piercing Bullets increases the chance a bullet will penetrate it’s target. Whether this means that a bullet only has a chance to penetrate it’s initial target, or that it has a chance to penetrate every target it hits is unclear and needs further testing, but after penetrating two targets the probability of penetrating a third target (one bullet hitting 4 enemies) is negligible:

¹. All table values in parenthesis consider the additional damage on average of penetrating bullets and explosive area damage.

². Damage over time of 2 fired magazines and one quick reload in-between.

⁴. Equipping both the Auto and Minigun in your loadout increases the ammo capacity of each by 1 magazine (6 total, 3 each). Not considered in table. Does not work with Devastator.

⁵. The Minigun and PDWs fire 2 shots per 1 ammo; their fire rates are 20 shots and 40 shots per second respectively (in-game description inaccurate).

The Minigun has an additional 20% chance to penetrate enemies after 3 seconds of continuous firing. Not considered in table. Possibly stacks with Penetrating Rounds skill.

⁶. The GL deals 256 direct damage plus 80(+40) explosive damage per shot. The actual firing speed of the GL is 3 shots per second.

⁷. The Damage Bonus skill increases the damage of the Devastator, not the Autogun skill.

The Grenade Launcher has the highest DPS but the lowest damage capacity. The Devastator has a higher max DPS than the Minigun and nearly the same damage capacity but cannot use Autogun ammo packs. The Minigun is perhaps the most sustainable single weapon, surely supplemented well by any combination of squad weapons for achieving higher damage.

The Heal Beacon heals approx. 6.66 HP/s and lasts for 20 seconds; and these values are the same for Bastille and Faith despite their different Healing skill. The heal rate of the Med-gun is also the same for both characters, at approx four times the rate of the Beacon, 24 HP/s. Two Beacons can stack to provide double healing and infestation curing, but do not stack beyond this (you can’t drop 3 or more beacons to achieve more than 13.33 HP/s, or anything higher than 24 HP/s etc.). The Med-gun and Beacon cannot stack either: thus the maximum heal rate between any combination of healing sources is 24 HP/s. The difference between the two characters is their heal power (HP healed per point of Med-gun ammo) and the starting capacity of their equipment.


Infestation curing costs approximately 27 Med-gun ammo for Bastille, 18 for Faith on Brutal difficulty. This is 34% and 20% respectively of their total ammo capacity for each cure.

When Bastile is on your squad the duration of adrenaline is increased to 20 seconds from approximately 13 seconds. The adrenaline meter scales visually with the width of the username who activates it; a longer or shorter meter does not indicate a different duration: 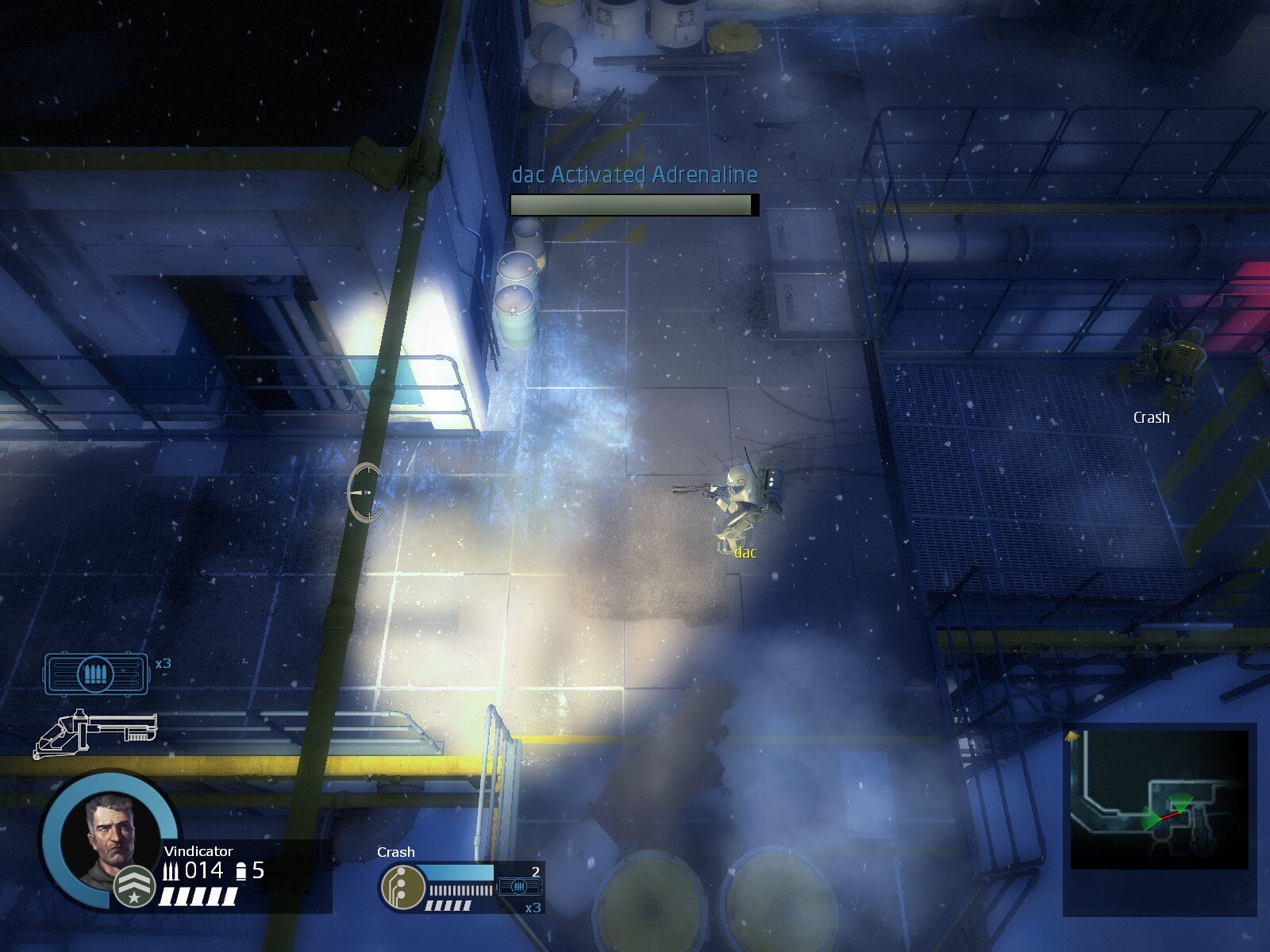 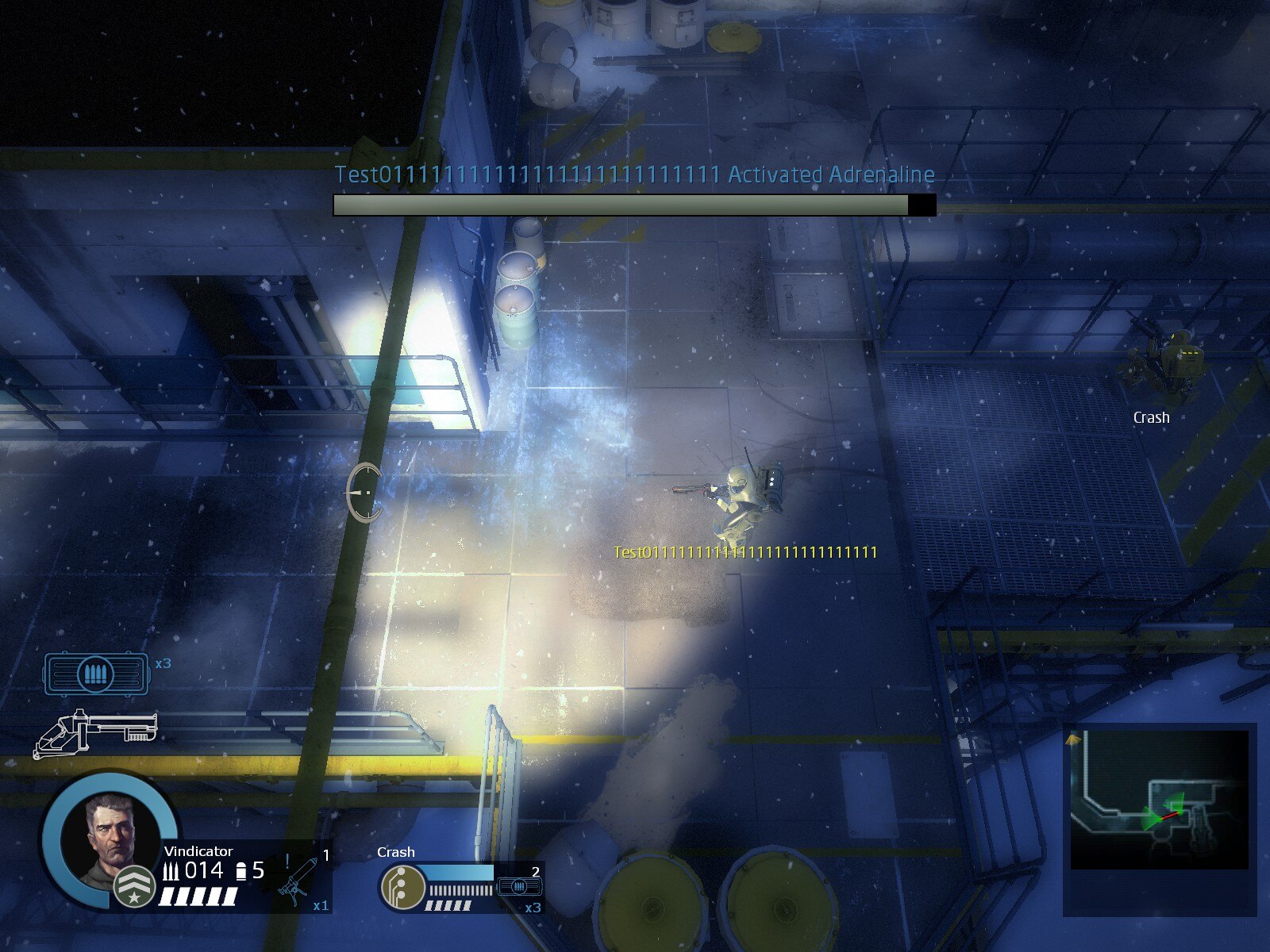 Crouching (holding Shift and standing still) significantly increases the accuracy of most weapons. Especially useful for the Minigun and Devastator.

When a door is fully welded, it agains 40% damage reduction from aliens. Vegas has the fastest weld speed, which is measured by the Engineering skill.

Crash deals more DPS (21%) and wastes less ammo with the Prototype Rifle than Vegas despite their weapon damage and firing rates with that weapon being inversely related.

Each point in Leadership increases the chance by 3% for shots to deal double damage or damage taken by hits to be halved. With Sarge on your team, you will deal twice as much damage and take half as much, 15% of the time; with Jeager, 9% of the time. The Grenade Launcher and Chainsaw are unaffected by the damage bonus.


Marines cannot die in 1 hit when their HP exceeds 1 HP. Thus if you have 2 HP you will take 2 hits before dying no matter how much damage the first hit does. This is a generic attribute and unrelated to Leadership. Notice the health bar in the video below: Sarge halves the damage of 2 hits on the first try, none on the second, and 4 hits on the third: 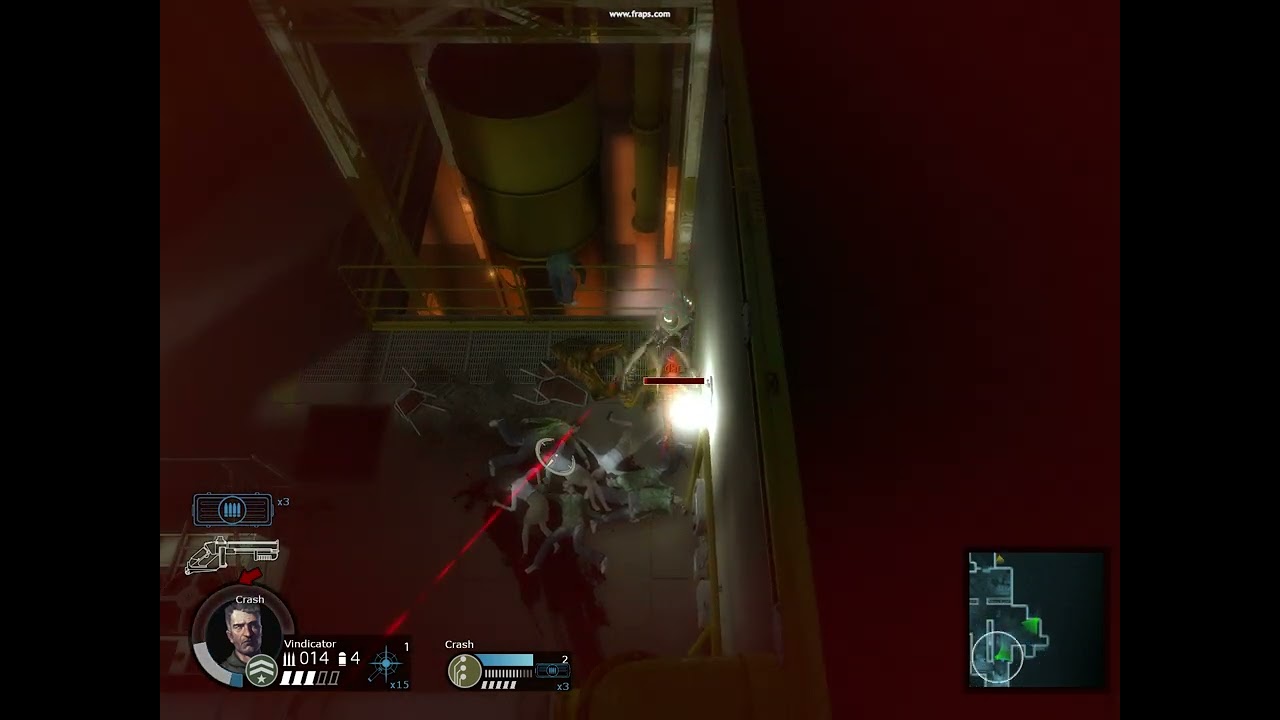 Hope you enjoy the post for Alien Swarm: Reactive Drop Leadership Demo – Gun Comparison Basic Info, If you think we should update the post or something is wrong please let us know via comment and we will fix it how fast as possible! Thank you and have a great day!