This Guide is a Character progression (Rouge) Guide for: Alaloth Champions of the four Kingdoms. You find that this Game is to difficult for ya? Or that youre bad at pressing two buttons at the same Time? You need Help to beat the Game? Than youre at the right Place Ladys and Gentleman. This Guide will help you, to play the Game like a real Champion of Alaloth!


Here is some Gameplay of my Rouge:

Step1. Choose a Race of your Choice. I recomend the Elven ones, because there starting Dungeon – (only one Skull Symbol) “Moonvale” is right above the Main City. There are only Goblins as Enemys.. a lot of them, so keep that in Mind.

Step2 Choose the Dual starter weapon Playstyle. There is nothing better than this in the hole Game. Youre Fast and Agile as Hell and do insane amount of Dmg.

Now choose that God, called Bingel or something like that. It will give you + 7Crit and -5 Cooldown on all Skills. 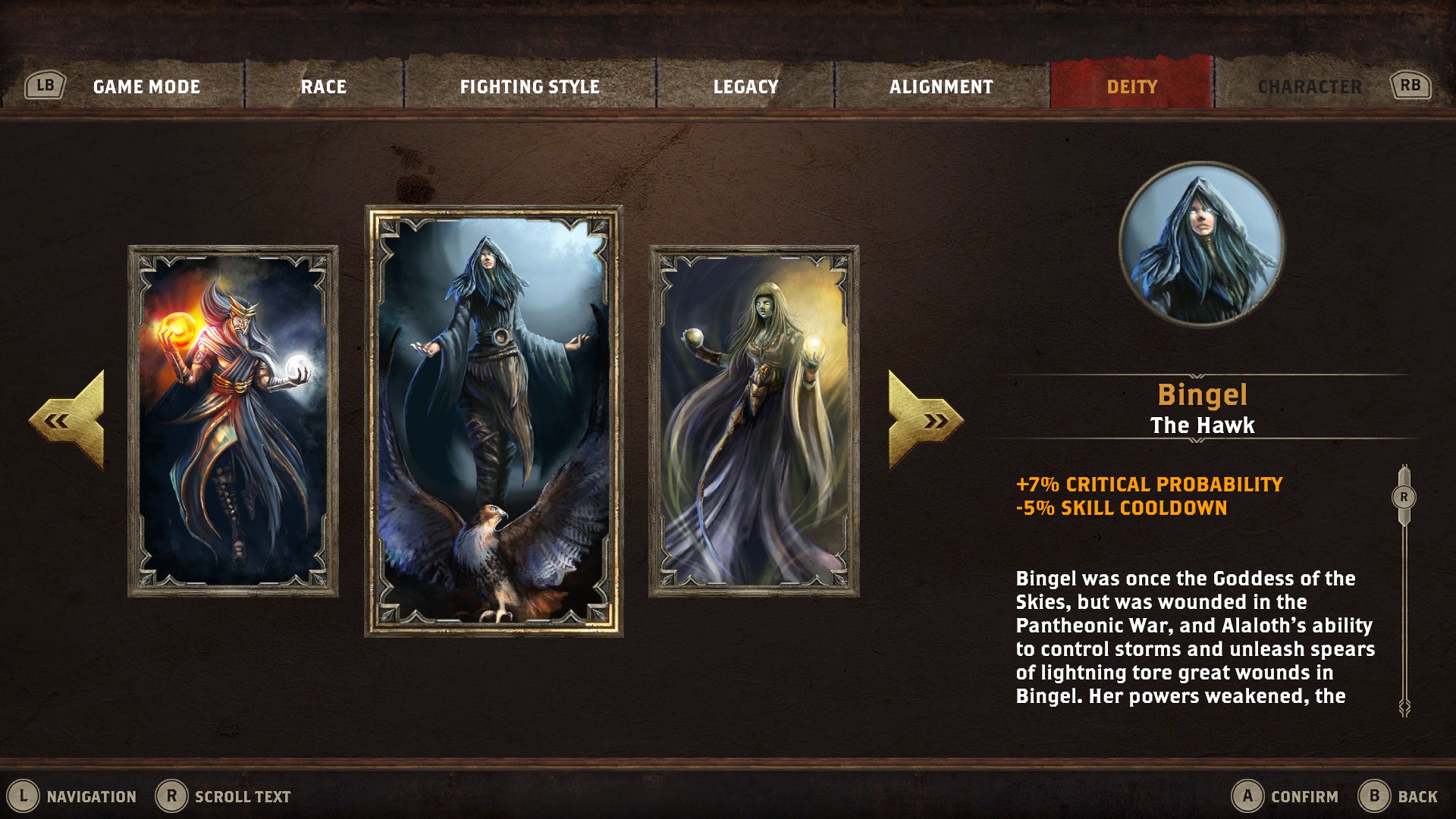 Step3. Go to Moonvale Dungeon as mentiond in Step1. 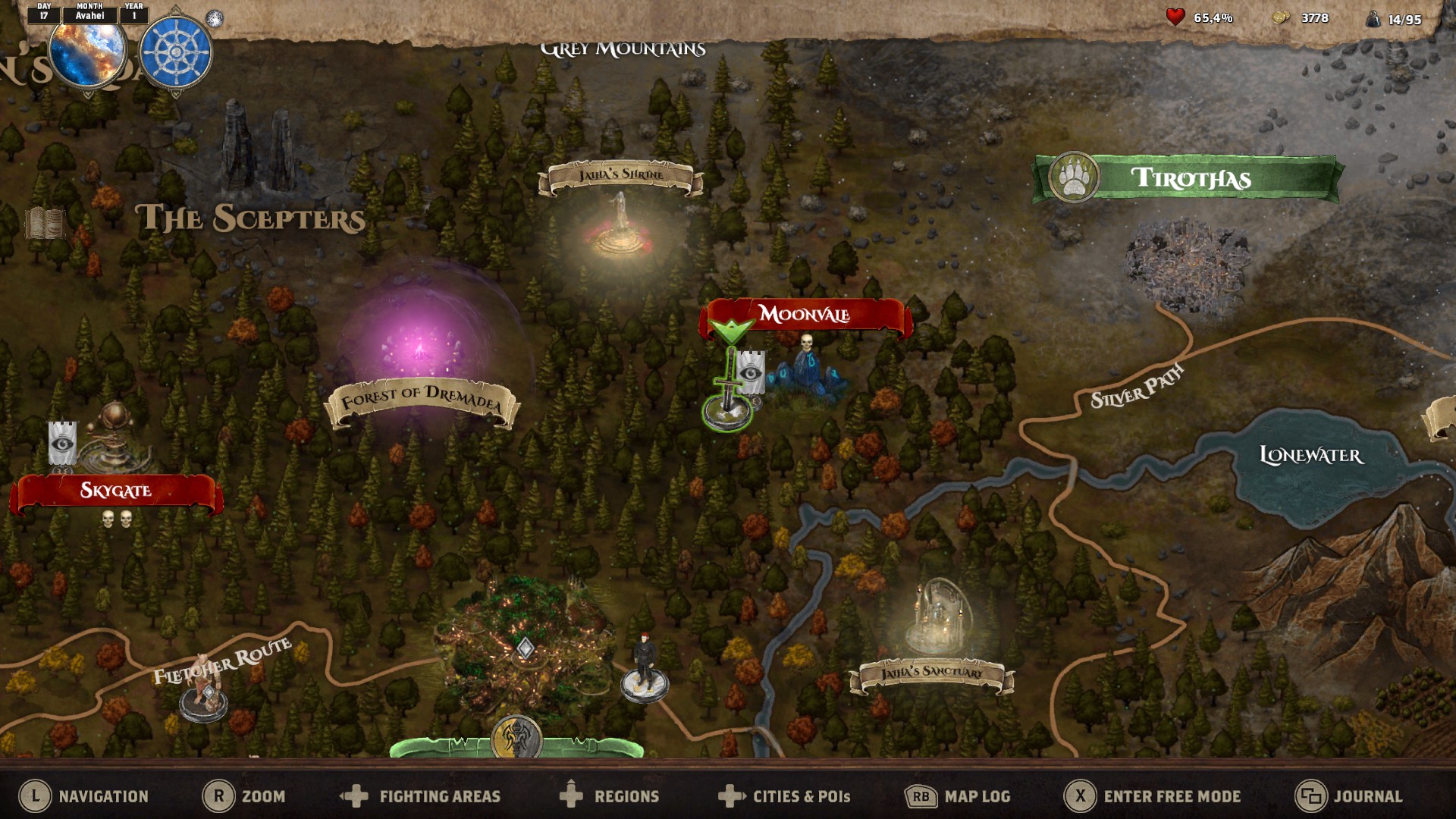 Test a little bit the heavy attack animation from the Daggers, in the starting Area of the Dungeon. You only need this Attack in this Dungeon. Training and the right Timing is importend here. When those Goblins are coming towards you, press the Button for the heavy Attack, when you think that youre in Range for the attack Animation. The Skill does some good Dmg. Immediately after your Attack hits, press that Dodge button twice, and as fast as you can. No Enemy will hit you. Walk around and kite and reapeat this, until all Enemys in the first Dungeon are dead. As i sayed above, youre fast and agile, use this to your advantage. You still will use one ore two of the Healing potions youre starting with, but thats okay.


Step4. The First Level Up. It is important here that you know the following thing. You get only 4 Active Skills for Your Character, so Choices matter! (Yeah you can Respec for Gold, but why doing so, if youre doing it right from Beginning?) For your first “Stat Point” you choose Strength (Doing more physical Dmg, and gives you more carry capacity). 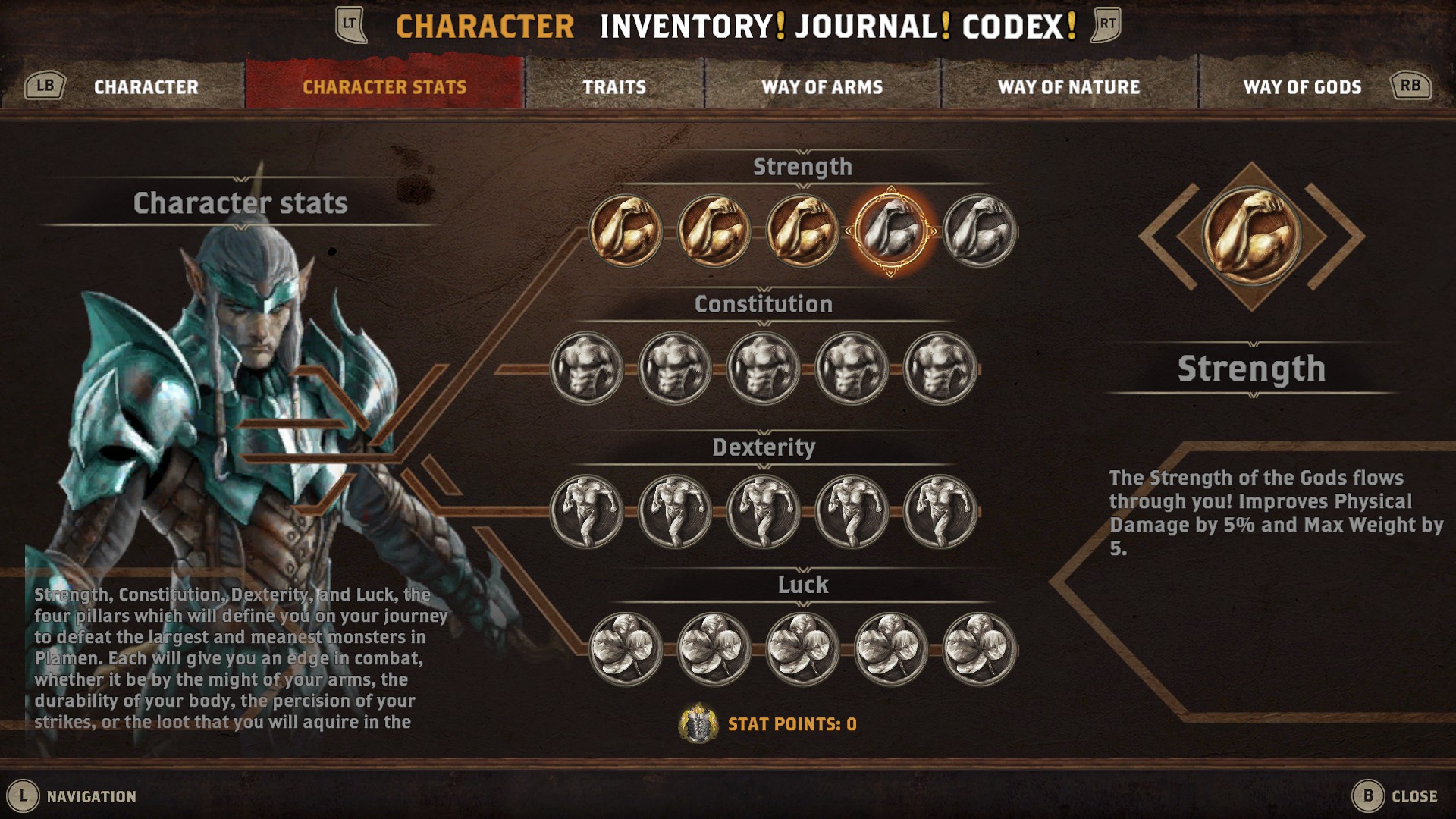 After that, you choose under the “Trait” Section – under Personality, the “Veteran” Perk. This gives your Character -20% cooldown on all “Way of the Arms” Skills. This Perk is importend as you will see later. 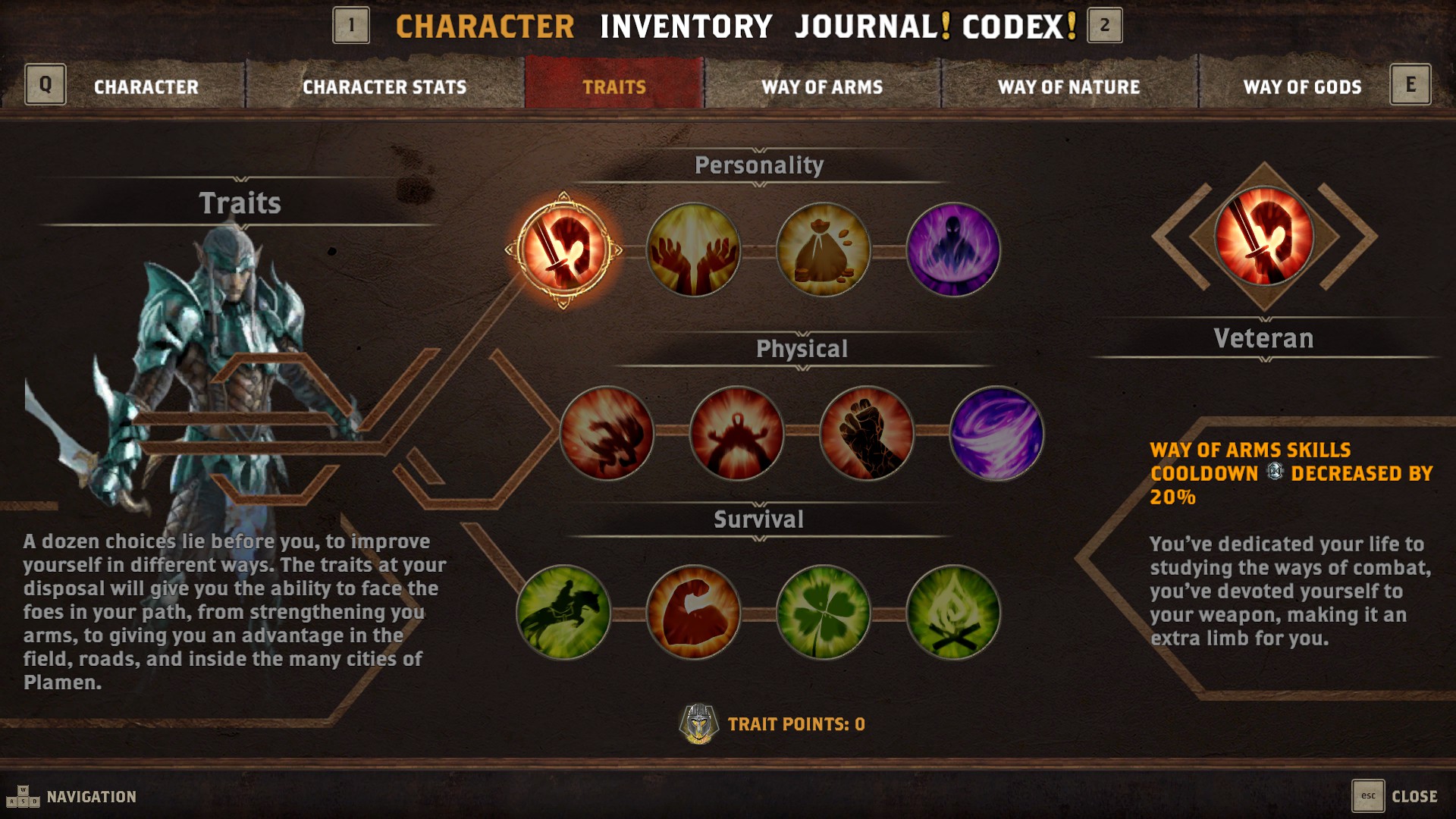 Were going now to – “The Way of Arms Skills” Tab. Here you choose under the “Guardian” category the – “Puppet Wire” Skill. 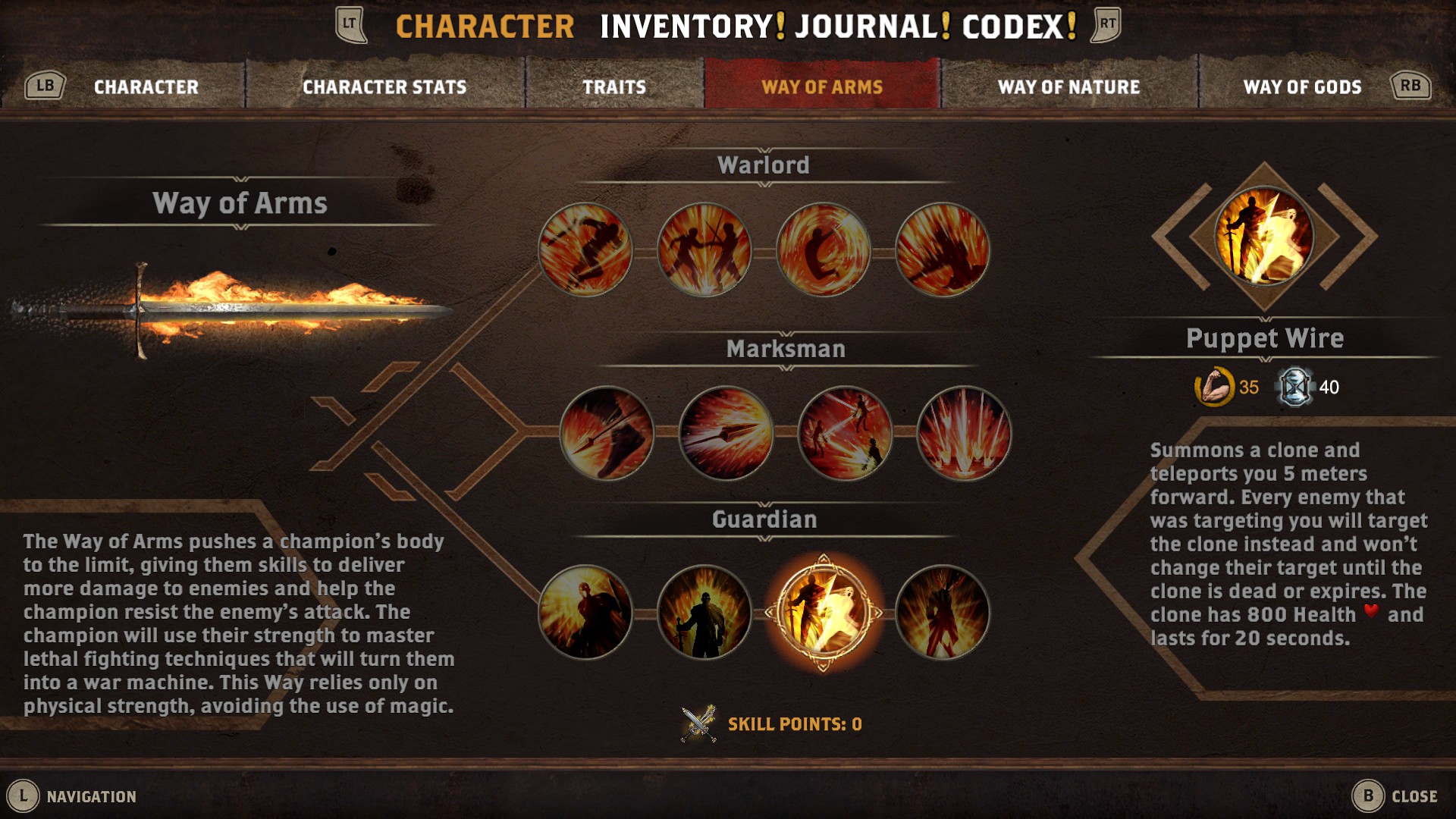 This Skill alows you, to Teleport 5 Meters behind Enemys and leave a Clone of yourself at the Position, you initiated this Skill. This Clone has 800 live points (Not to much) and will draw the Attention of every Enemy. In the few seconds the Clone is alive, you can punish those Fools from behind, with your heavy and light Attacks.


Step5. Getting Better. Go directly to the next Dungeon- “Skygate”(Two Skull Dungeon, left Side from the Main City) 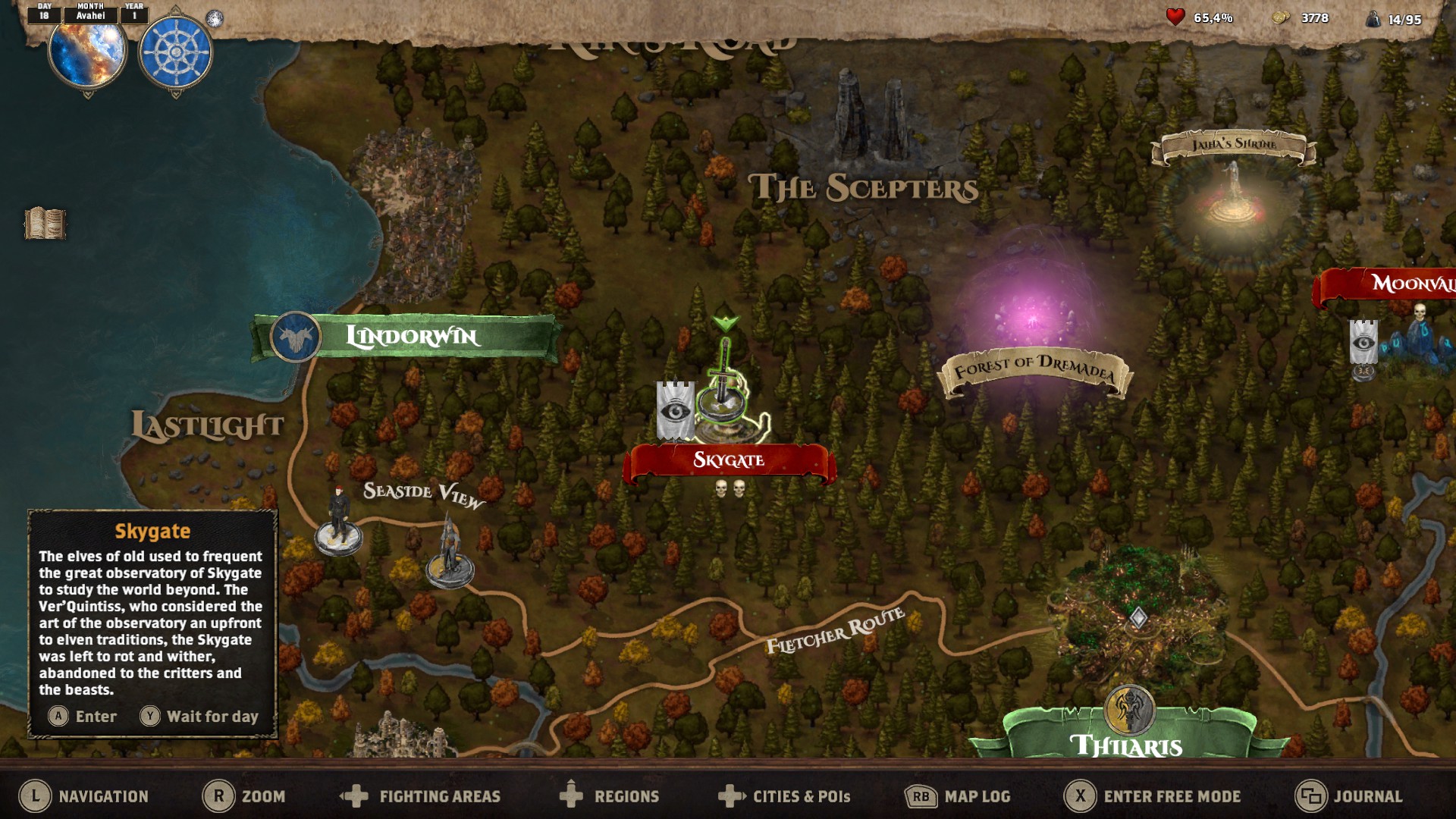 With your new Ability – The Puppet Wire Skill, you will have an easy Time going through this. You are wasting a few Seconds here and there, while running around and kiting, and waiting for the Cooldwon of the Puppet skill. And yet, you are also done with this Dungeon. Equipment wise i would suggest, that you look for Skill Cooldown/ Physical Dmg/ and everything that has something with crit on it.


Step6. Use that one Statpoint you gained for completing the second Dungeon for another Point in Strength. Go now to the one Major Elven Town your started in and sell everything you dont need. Look there at the smithi for an Armor called -The Nightstalker, its a blue light Armor. 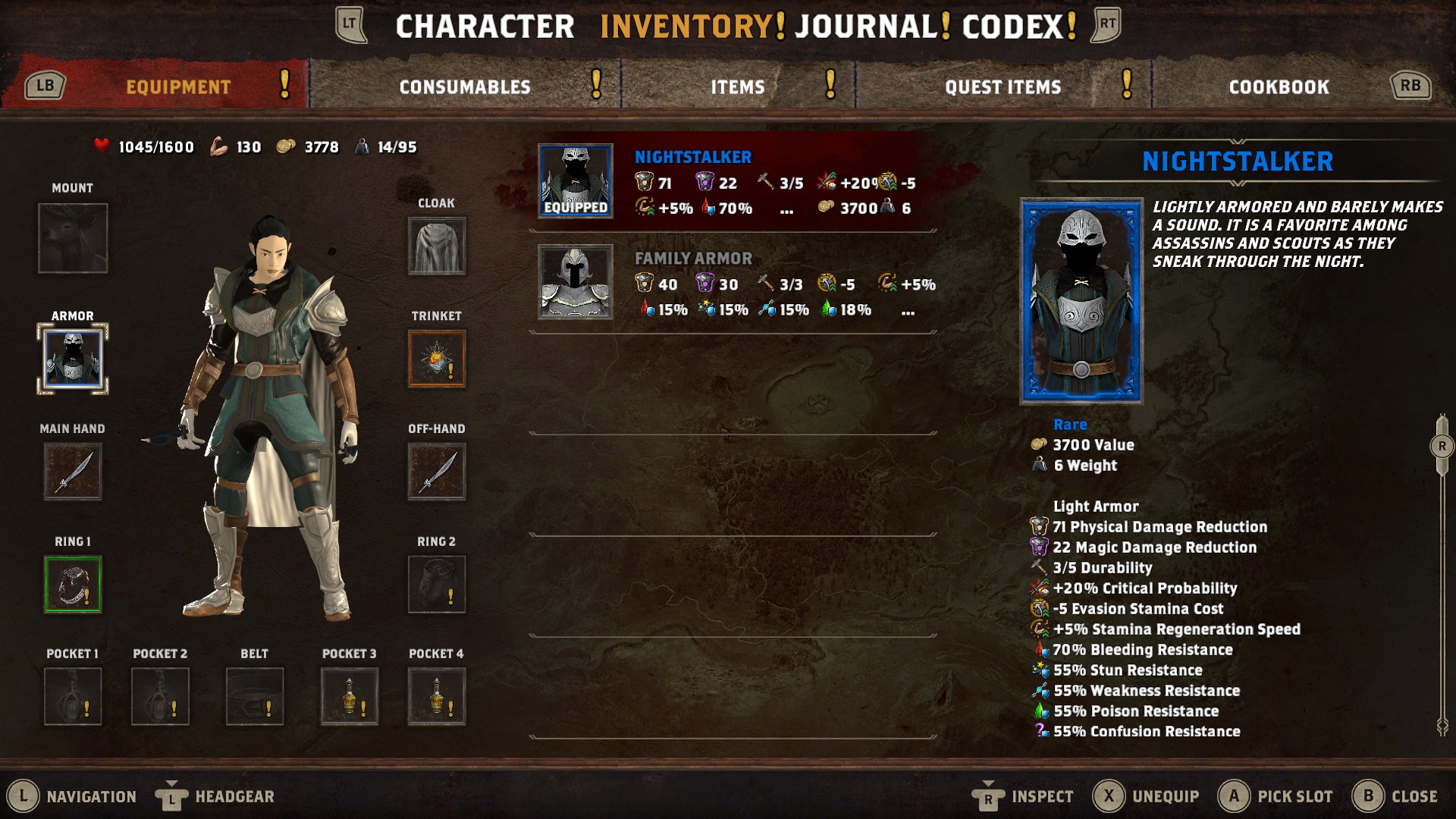 Buy it and Equip it. This Amor costs about 3700 Gold. This should be no Problem, for a Champion like you. Buy then 2-4 heal Potions and use all 4 Slots on your Belt for them.


Step7. Go now to the “Councilkept” Dungeon. (also Left from the Elven Main City it is a 3 Skull Dungeon)

This is by far the easiest Dungeon in the entire Game. There is a Boss waiting at the end of it, if you are doing it for the First Time. You should have enough heal Potions for it. Keep them for the Bossfight! Right before youre getting to the Boss, there is an Heal fountain, which completly heals you, so no need for any Potions. After you defeated the Boss, you getting the next Level up. Choose Strength for Stats. Under Traits take “Scholar”- reduces cooldown of all Nature Skills by -20%. 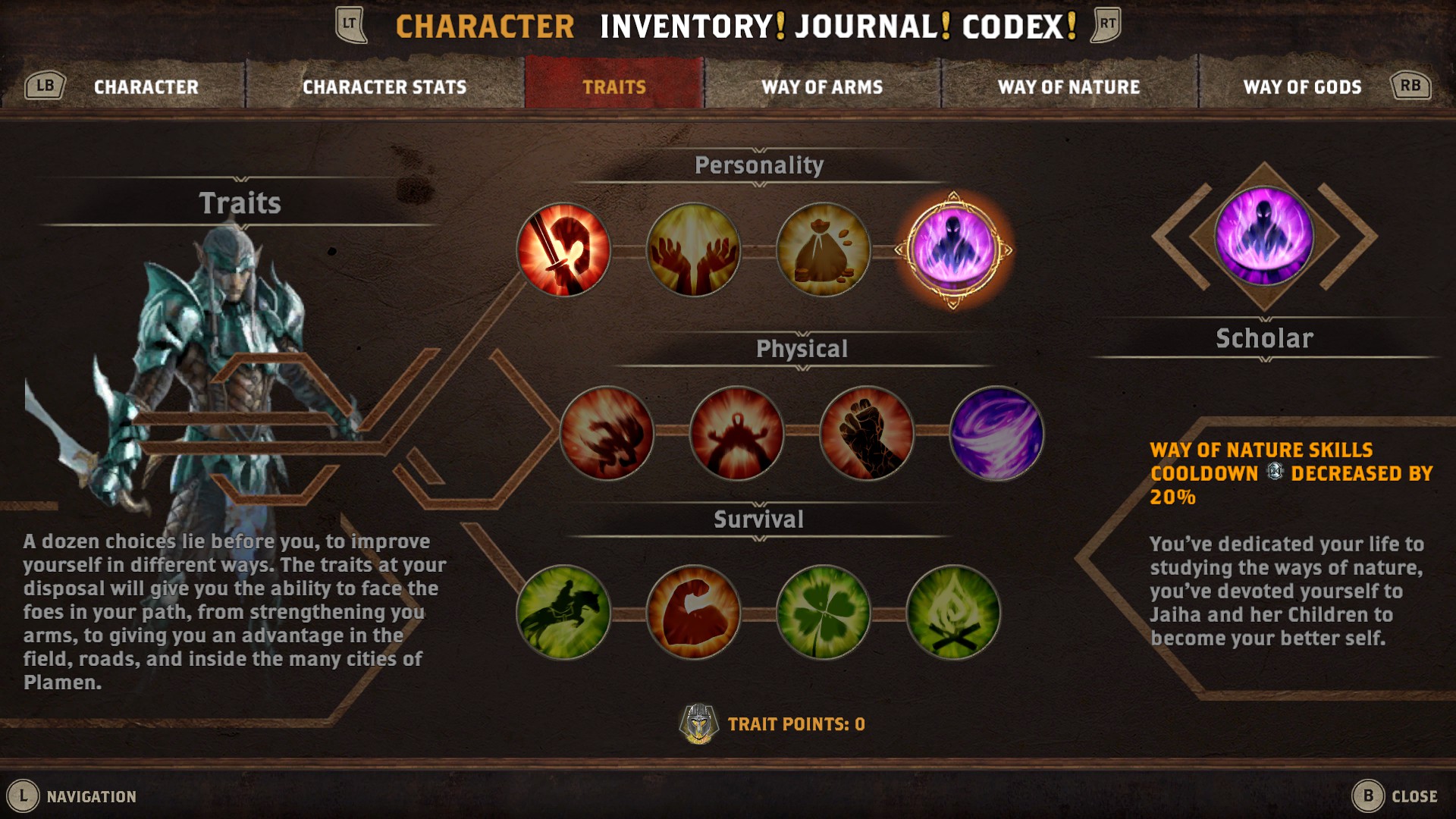 Look now in the “Way of Nature” Tab and choose the the Skill – “Summon Familiar”. 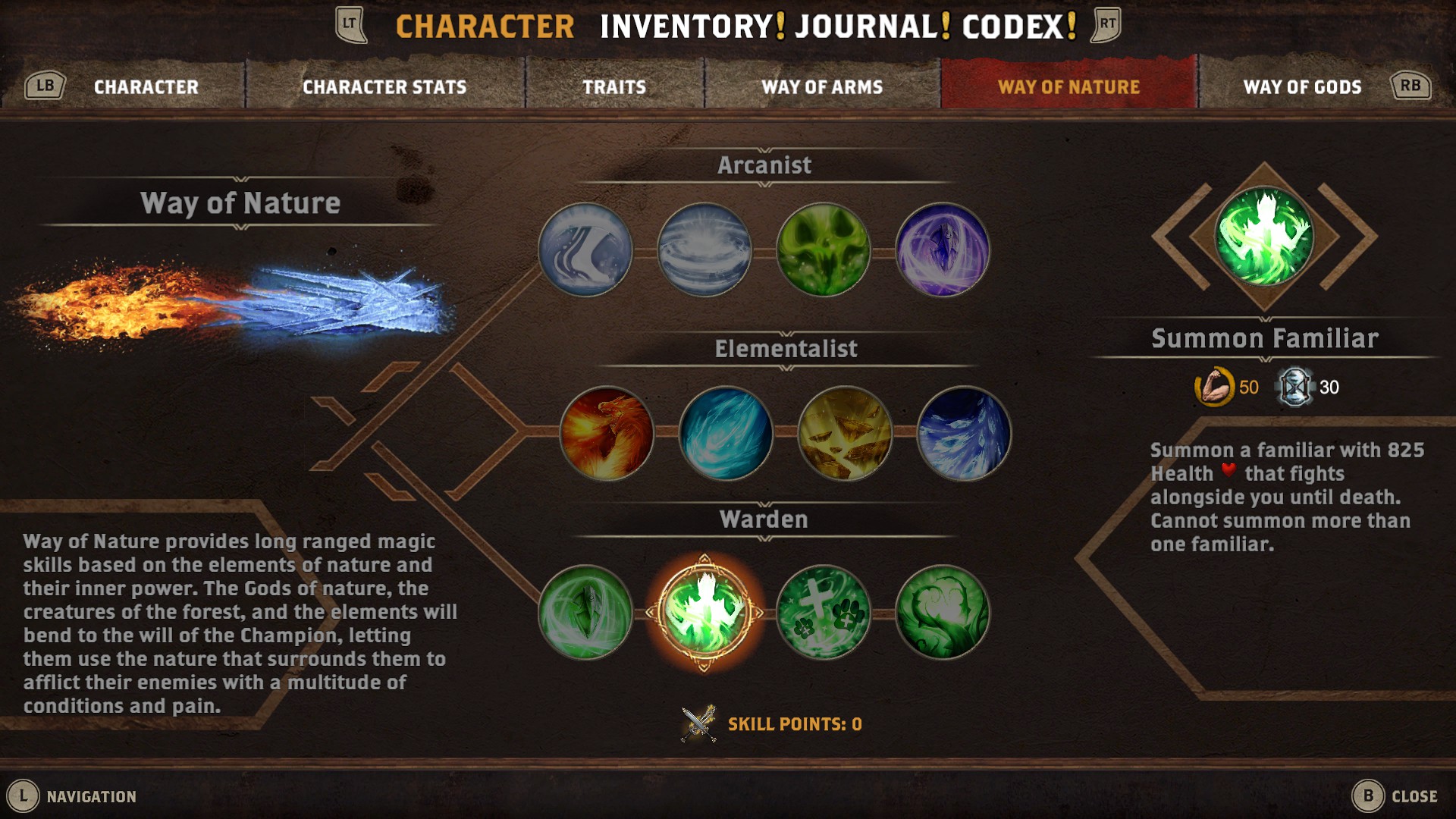 This skills Summon a Dryade like Creature, that has 800 Health and can fight quite well. It can also aggro some Enemys, so you can backstab them.


Step8. Farm the Hell out of Councilkept. You can do Multiple Runs (2-3 before you need to Repair your Equipment) and sell that ♥♥♥♥, or replace what is better than your Gear. 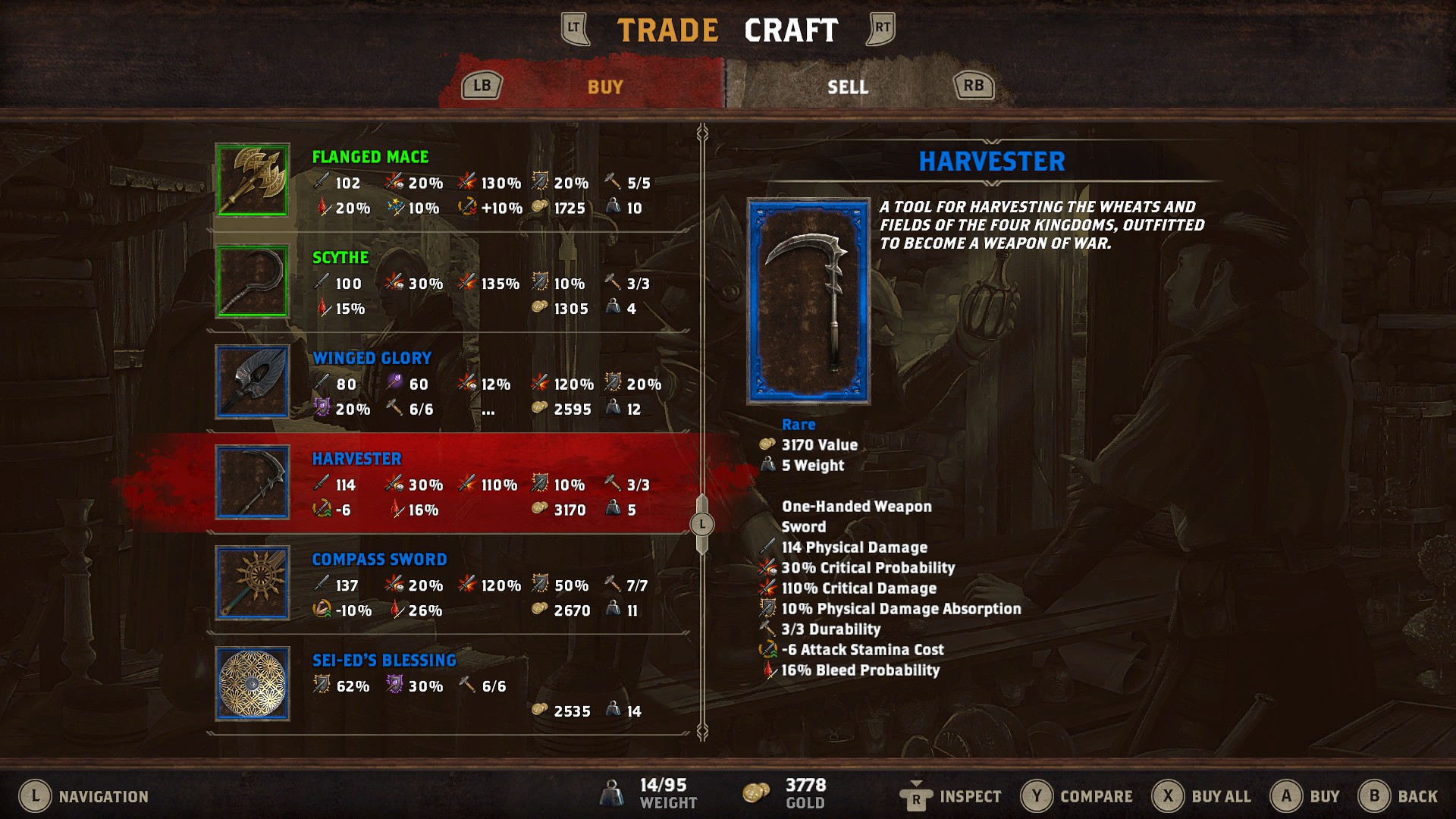 You can Buy it here: 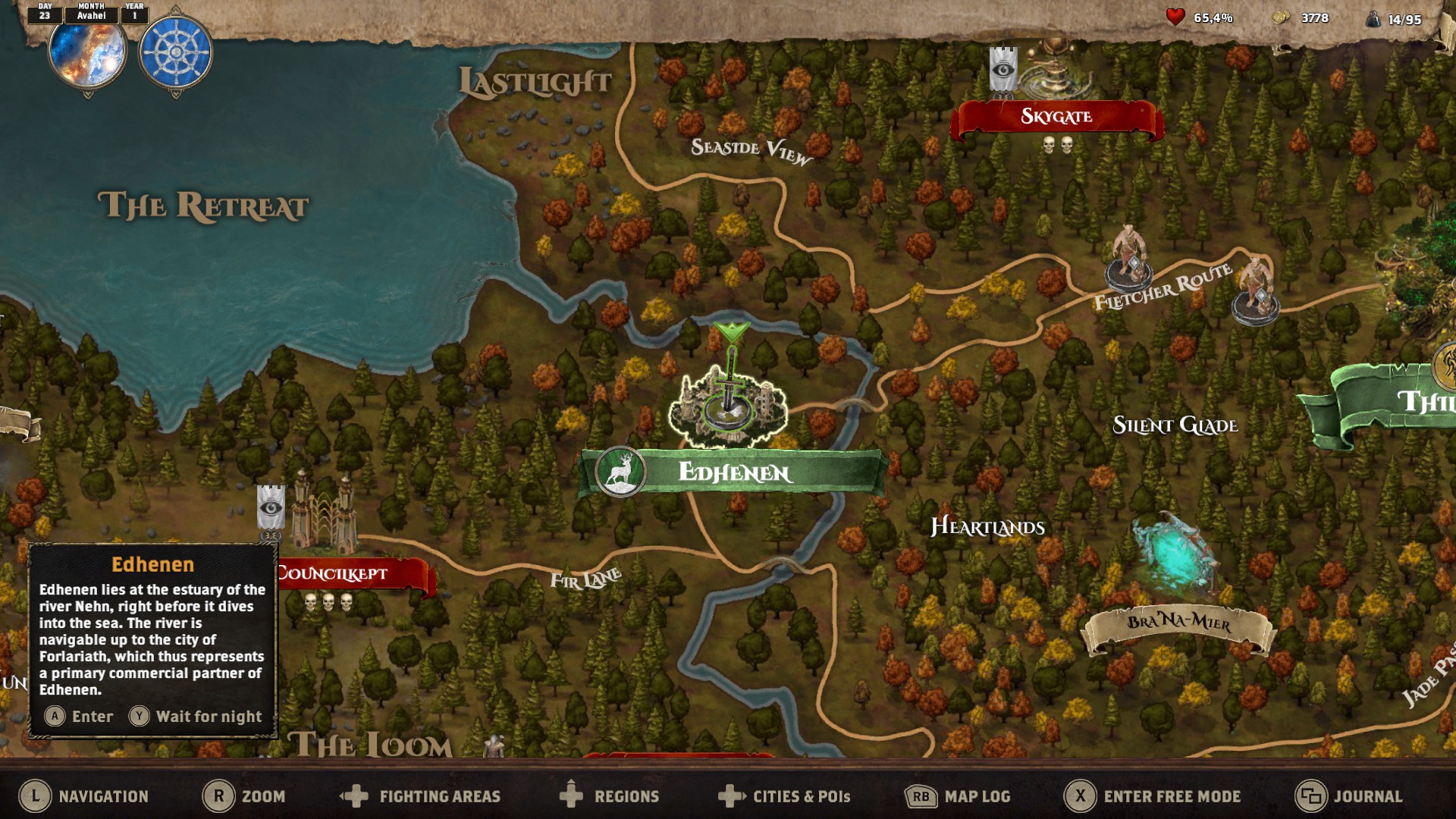 And look in the Elven zone for Companions( In Taverns or at Poi´s etc) There should be one around. You can have up to 4 Companions and choose two of them, who will follow you in every Battle.

One of them could be found right here in the Gloworm Cave: 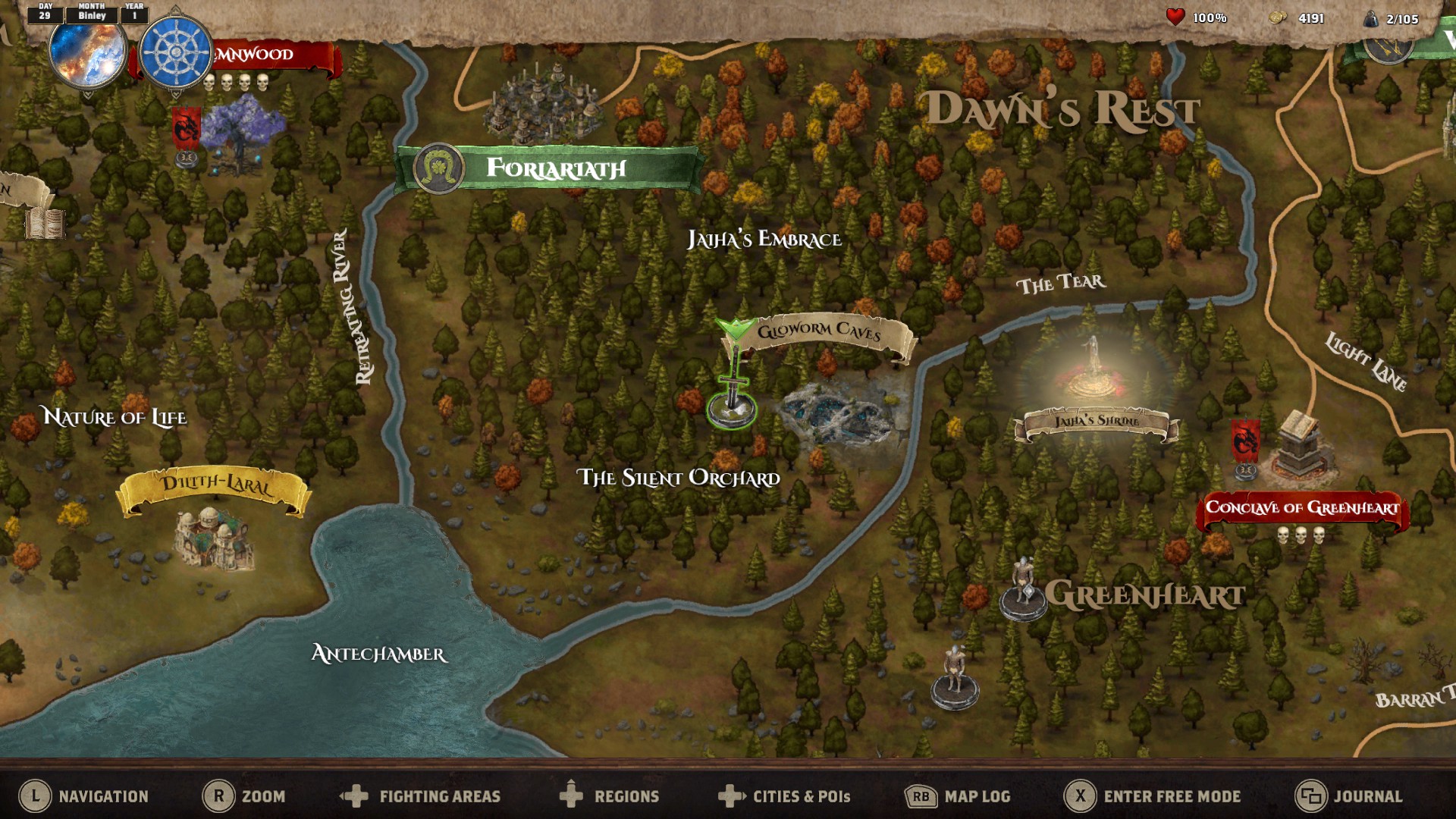 For the 3 lvl Up i would suggest the “Way of Arms Skill” – “Last Stand”. It has only one use per Dungeon, but it is an instanst full heal and removes Poisen and Bleeding. 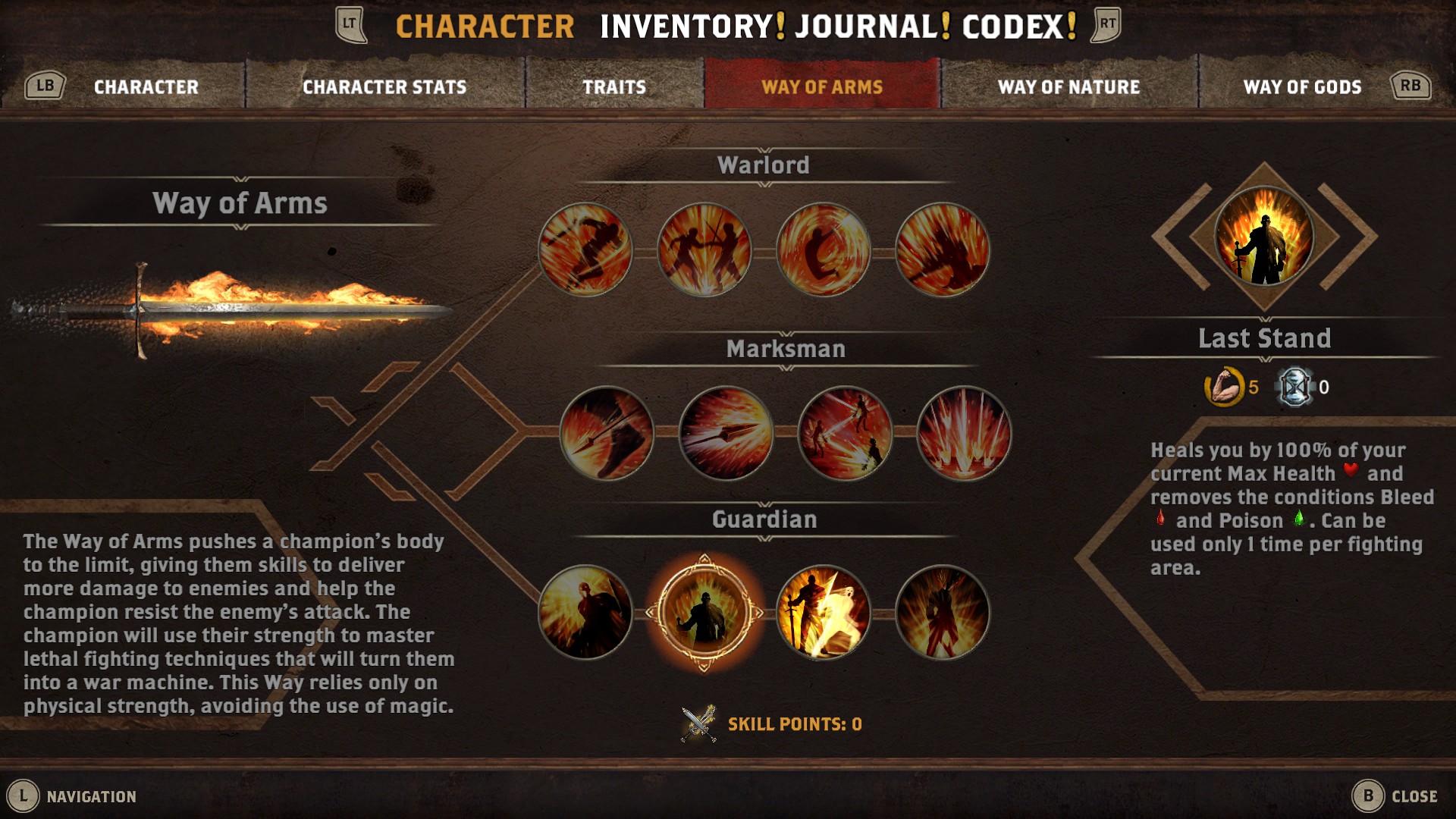 The Last Skil should be this one: 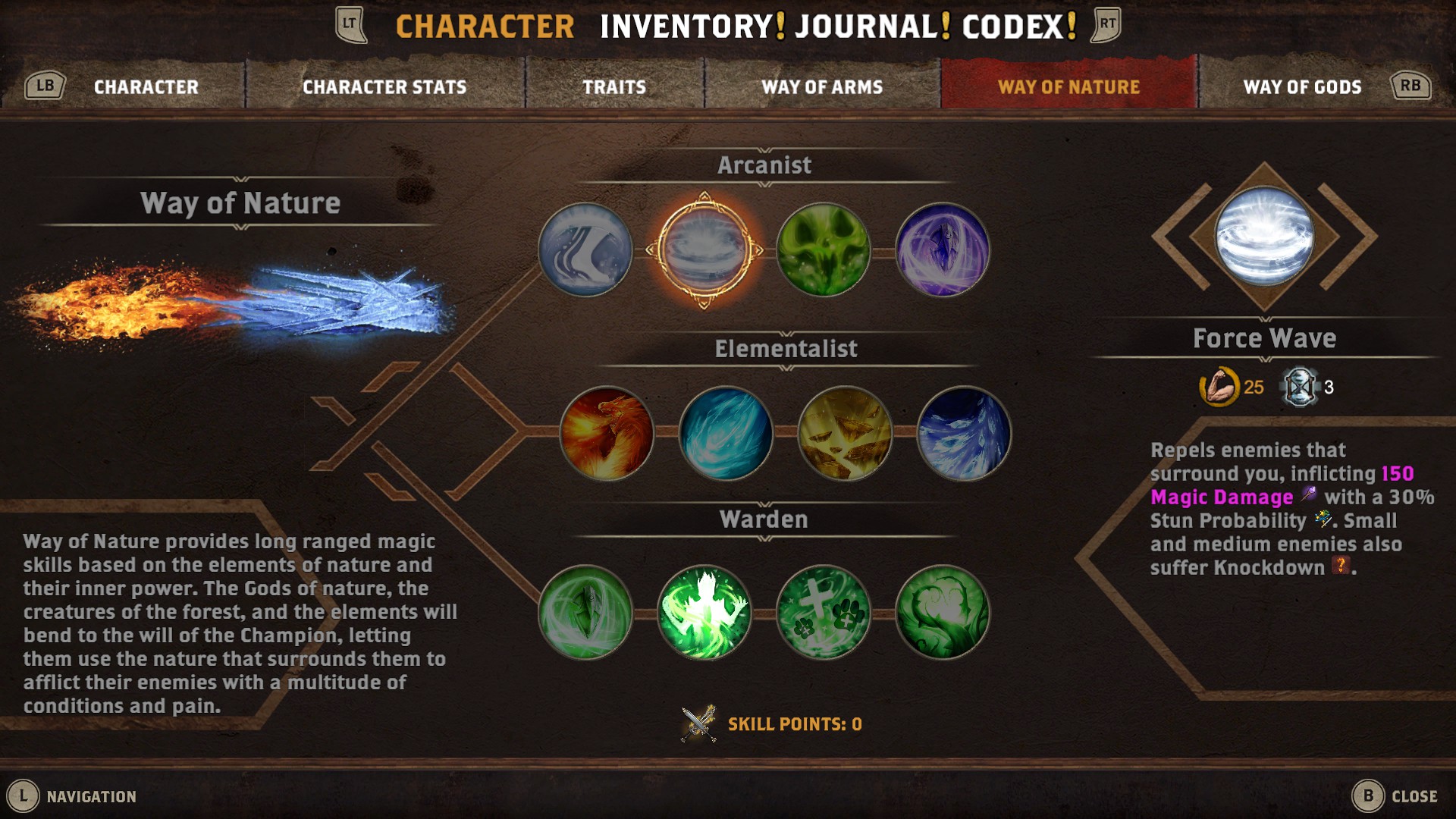 Step9. Have Fun. Thats it. You have now nothing to Fear in the World of Alaloth and can explore and do Questing, like there is no tomorrow.

This is all for Alaloth – Champions of The Four Kingdoms Character Progression Guide for Four Kingdoms hope you enjoy the post. If you believe we forget or we should update the post please let us know via comment, we will try our best to fix how fast is possible! Have a great day!